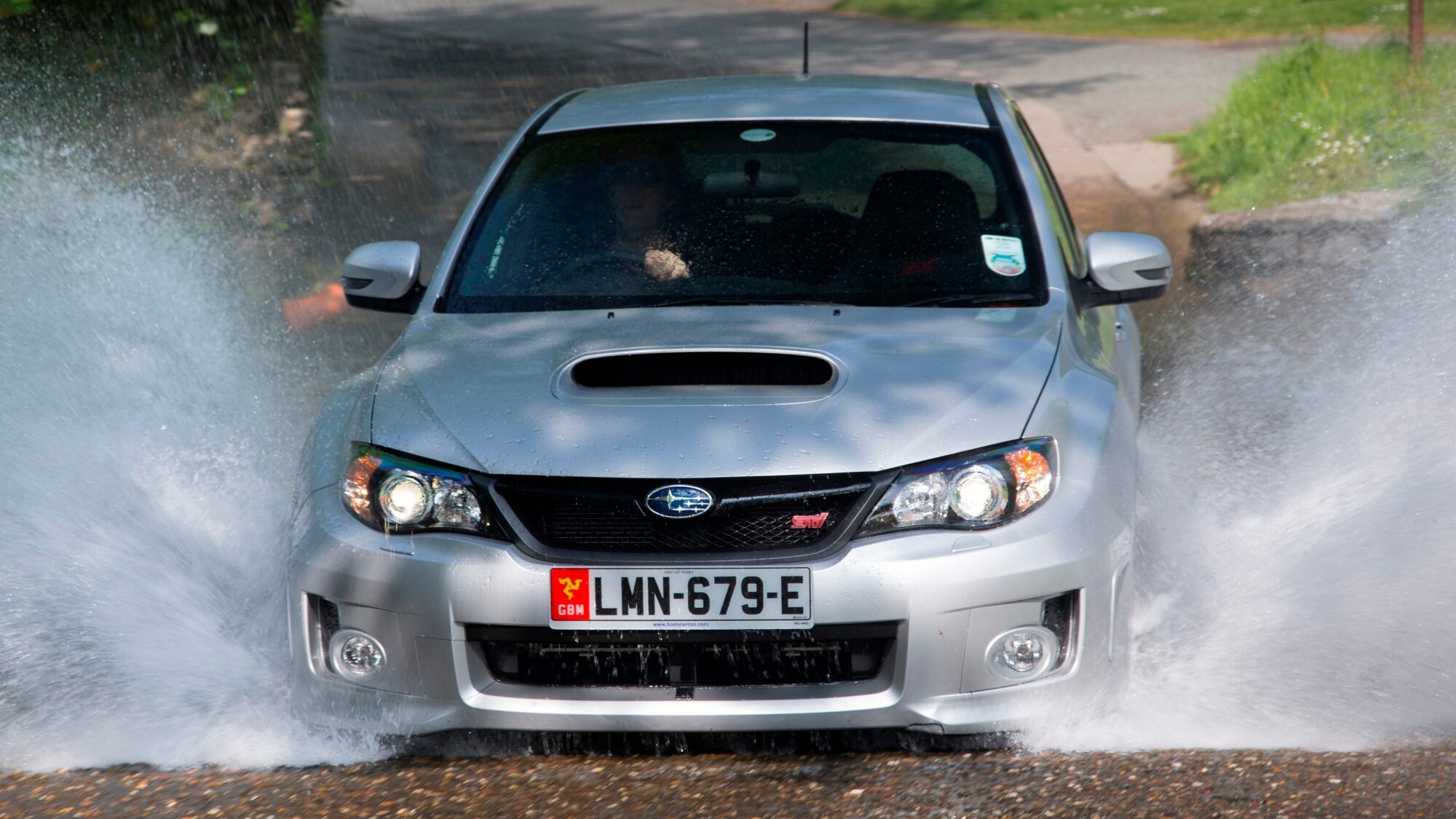 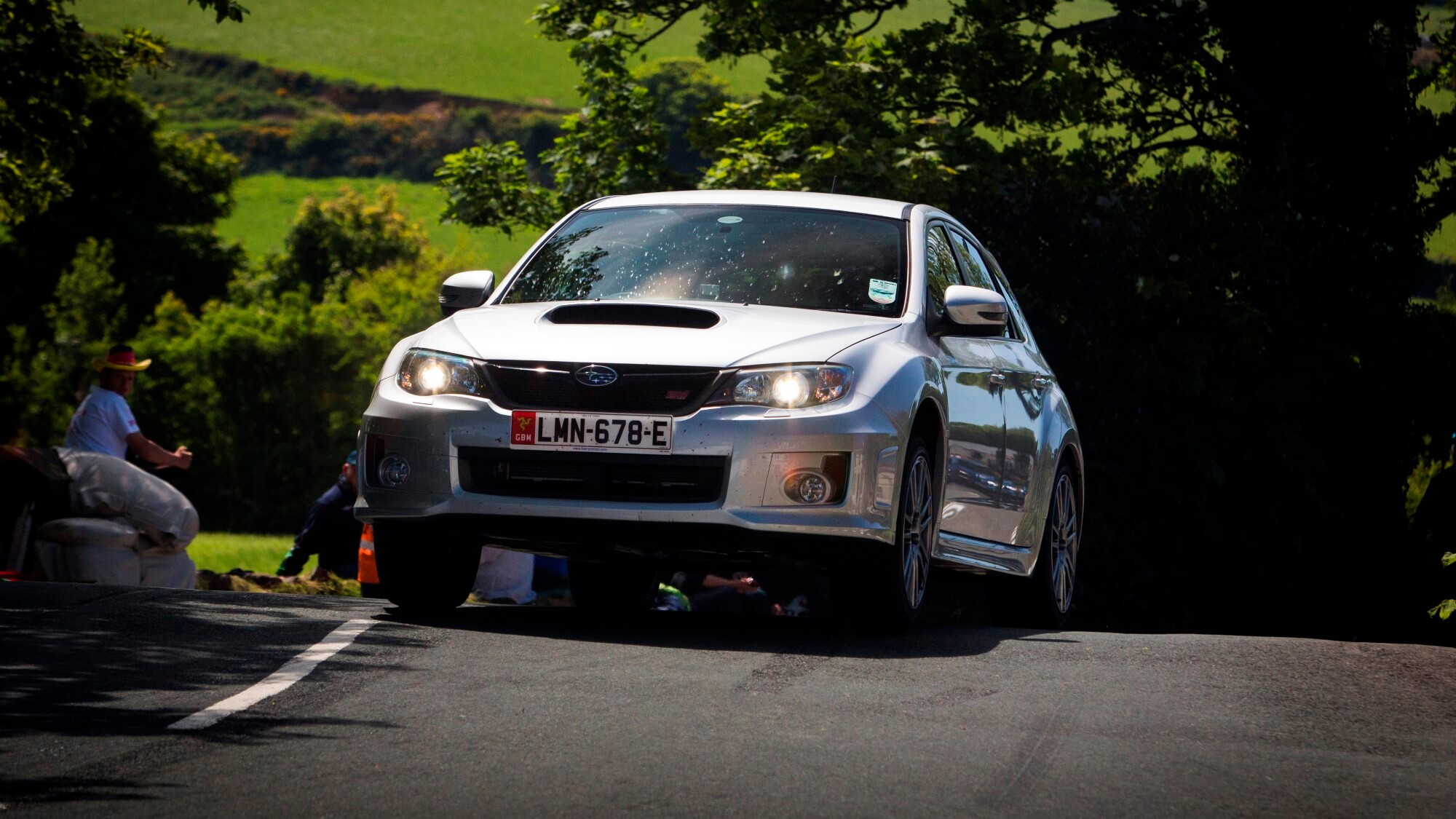 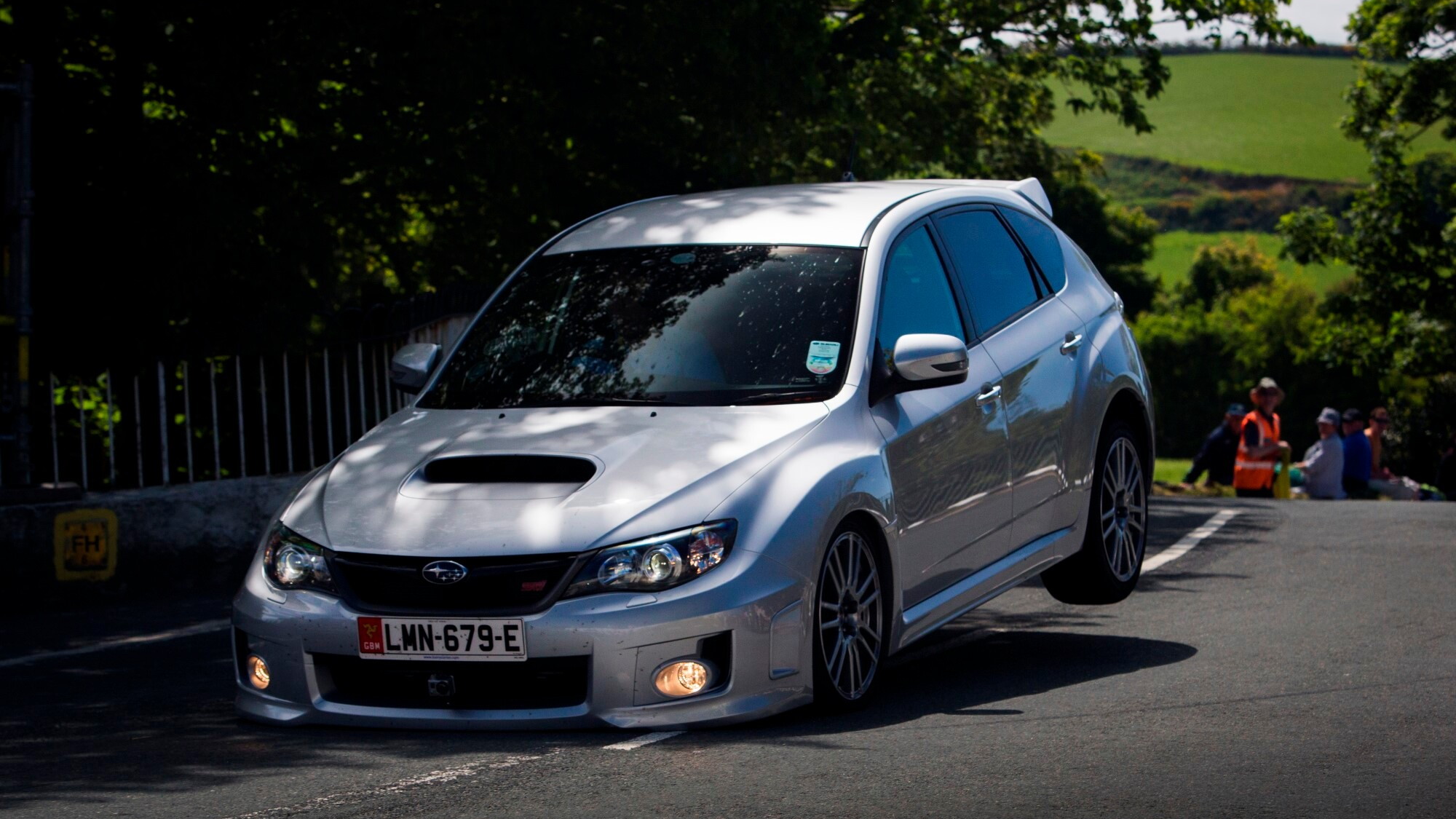 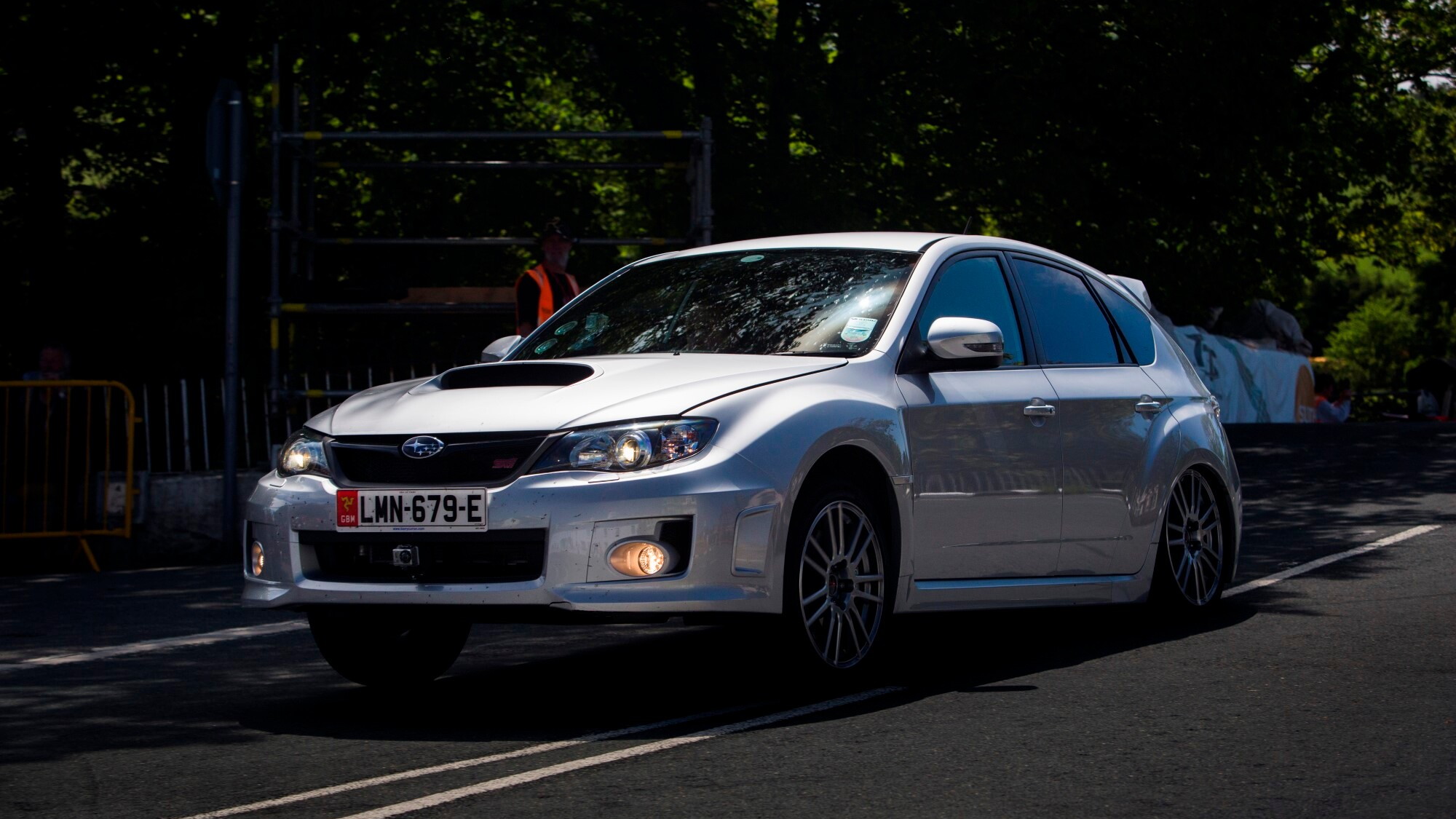 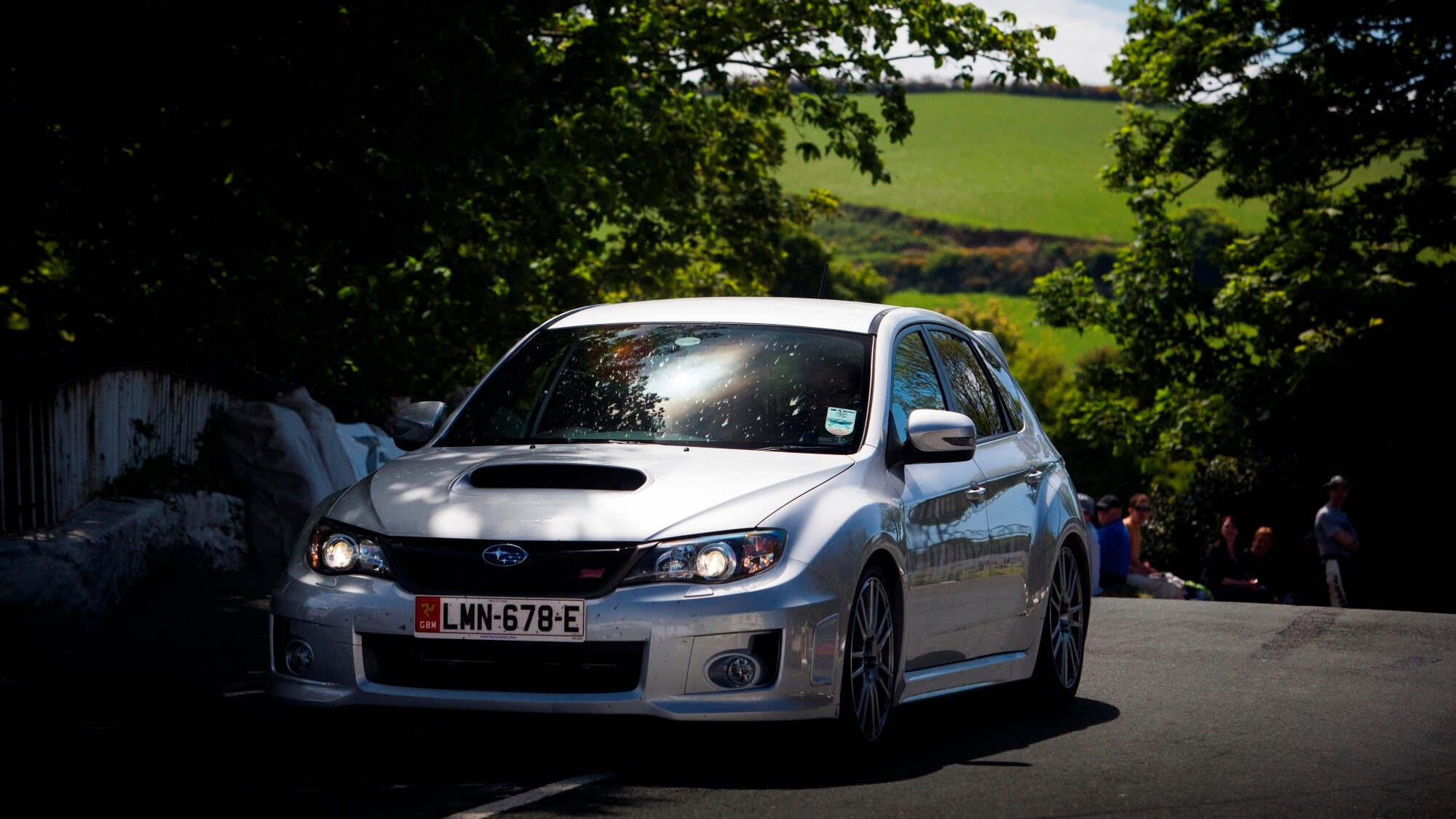 19
photos
The current Subaru WRX STI is a beast: powerful, capable, but something less than pretty. Despite its ungainly looks, it has made fans out of us and out of a large chunk of the populace. But it's due for replacement soon.

So we took the opportunity to spend the better part of a week with the car in Ireland and on the Isle of Man as a sort of send-off.

We're glad we did.

Even in the five-door STI, which skips the massive wing of the sedan, there's no mistaking what you're driving, either from the curbside or from behind the wheel. The STI cuts an iconic figure like nothing else in its price segment--and it performs like nothing else, too.

Whether over the bumpy, often broken, insanely narrow, recessed roads of the Isle of Man or the comparatively wider, smoother roads of Ireland, the STI's rally-bred suspension proved its mettle, absorbing the worst of the hits and smoothing out the smaller irregularities. The strong engine, six-speed manual gearbox, and scrappy all-wheel drive system provided the go and the grip to fly down the paved pathways at speeds that should really never be seen outside of a competitive rally--like, say, the Manx Rally. Or, say, setting the four-wheeled record around the Isle of Man's Snaefell Mountain Course, where the TT is run.

But despite the almost unflappable adaptability, we did find a few faults to gripe about--faults we hope will be fixed in the upcoming re-design of the car.

Turbo lag, the worst of our gripes, was quite noticeable. Perhaps more noticeable than it would be on the wider, more open roads of North America, or most of Europe for that matter, the turbo lag at lower speeds, in lower gears (1st-3rd), was ever-present and rather annoying at times, occasionally requiring a wait of nearly two seconds from throttle application to response.

While the WRX STI is a fairly large hatchback from the outside, on the inside, passenger room is at a bit of a premium, both in the front and the rear--doubly so if you're trying to stick a trio or foursome of six-footers inside. Can more legroom be dug out of the car's interior without extending the exterior to gargantuan proportions for the next STI? We certainly hope so.

And, ultimately, the STI has continually proved itself to be a bit thirsty (17/23 mpg city/highway), even considering its performance level. While sending extra fuel through the 2.5-liter turbocharged four-cylinder Boxer engine might help preserve its longevity at its rated 305-horsepower output, it also eats into the owner's wallet.

These faults--or, perhaps, compromises--are by no means deal-breakers, however. For the money (about $35,000-$38,000) the STI is still an incredible combination of utility and performance, essentially unmatched by anything else on the road, despite being about six years old.

Whether launching from a stop with boost-assisted, all-wheel drive pace or rocketing along a treacherous back road, the the STI is a willing and faithful companion. It's also a tremendous amount of fun.

We just hope the next generation of STI keeps that magic, whatever else changes.

For now, however, we say goodbye to the STI. Fare thee well, little rally-inspired buddy. We hope to find you again one day, perhaps at a bargain in a used car lot. 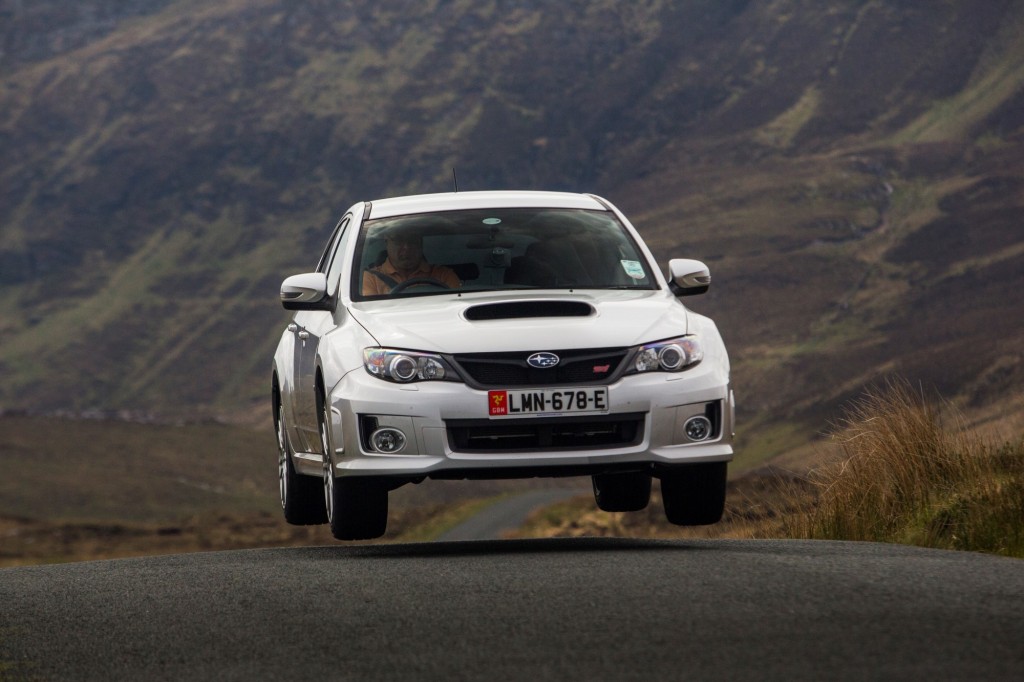 Subaru provided travel, lodging, and food during the course of this trip.