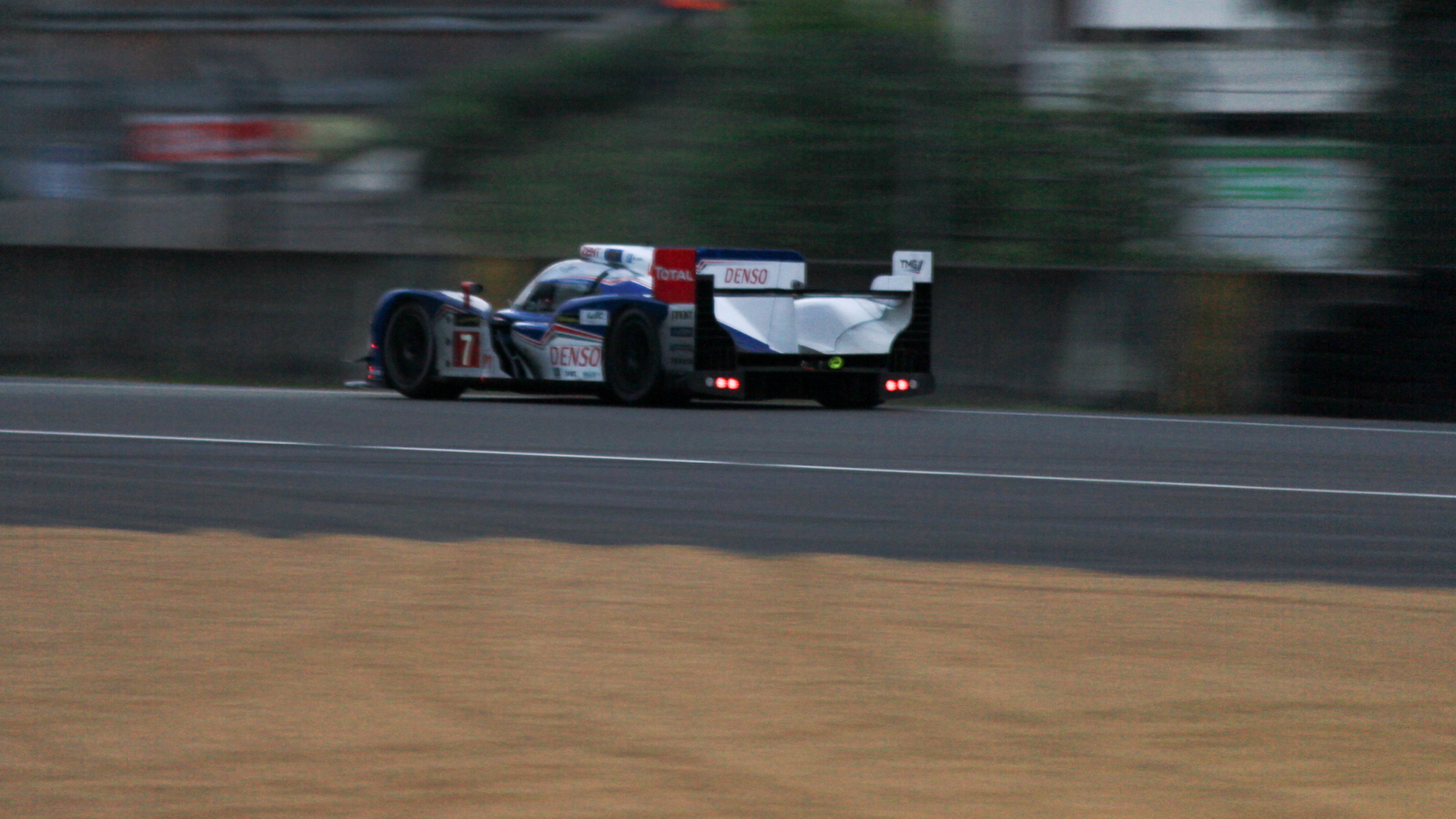 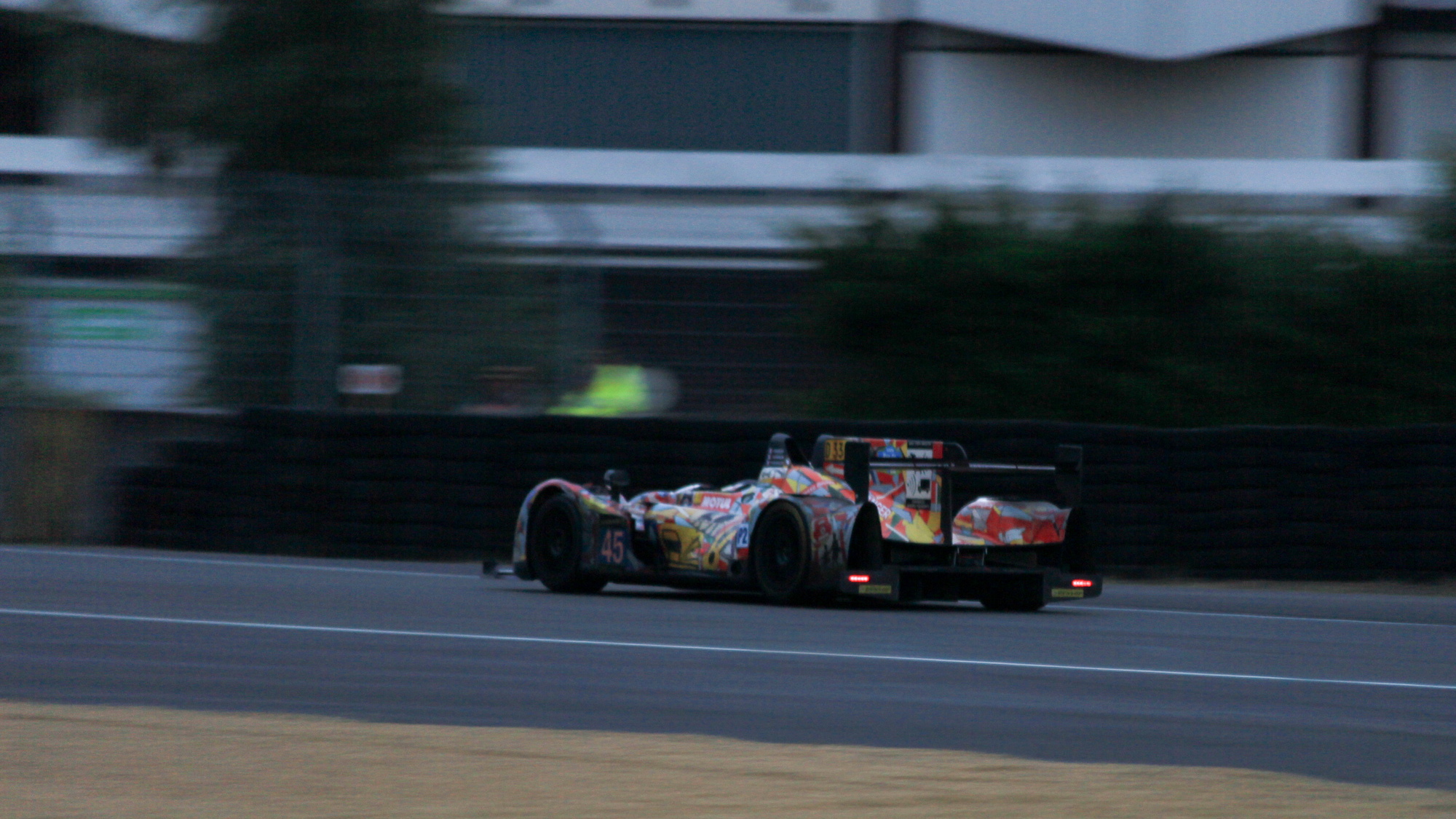 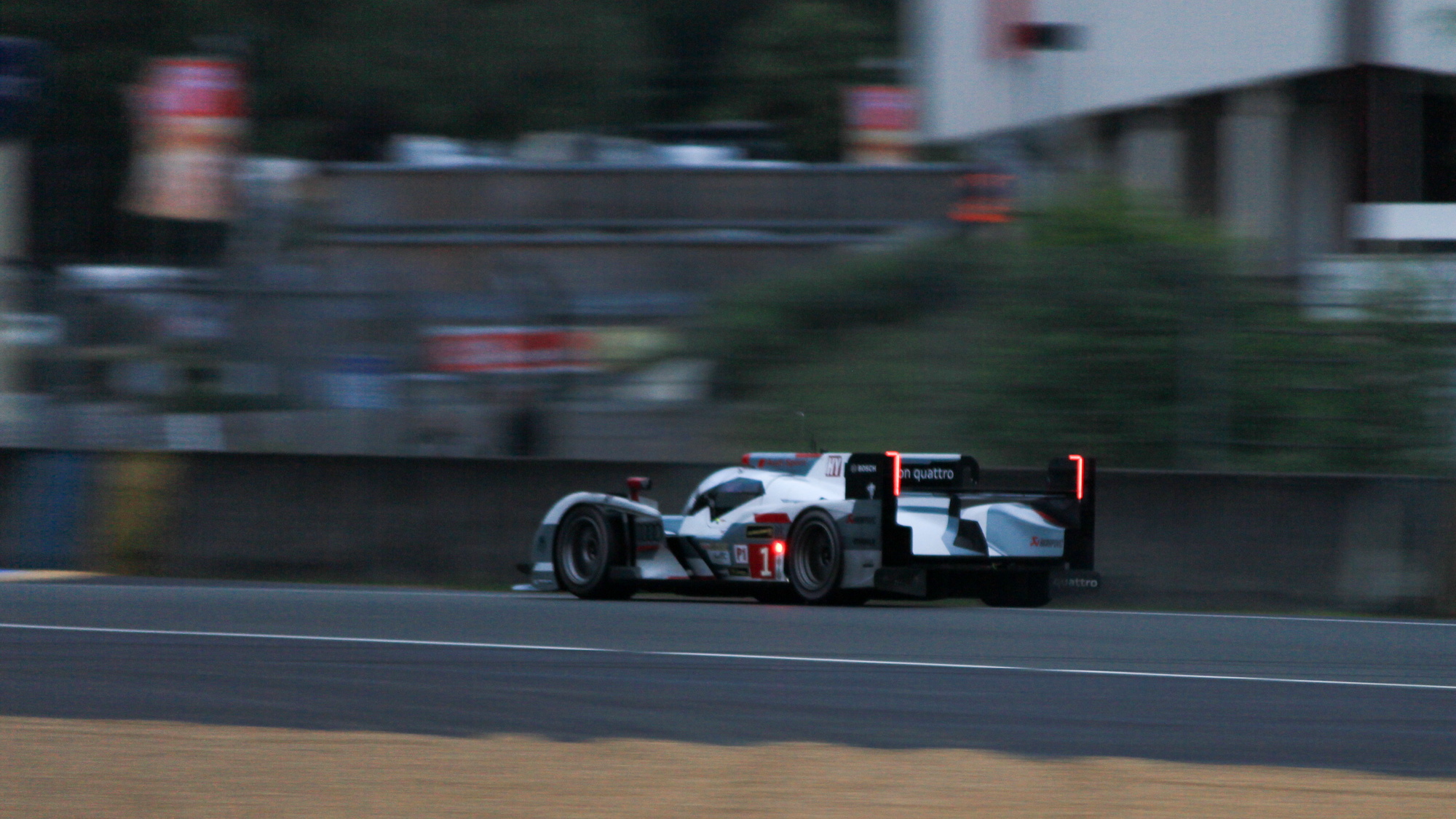 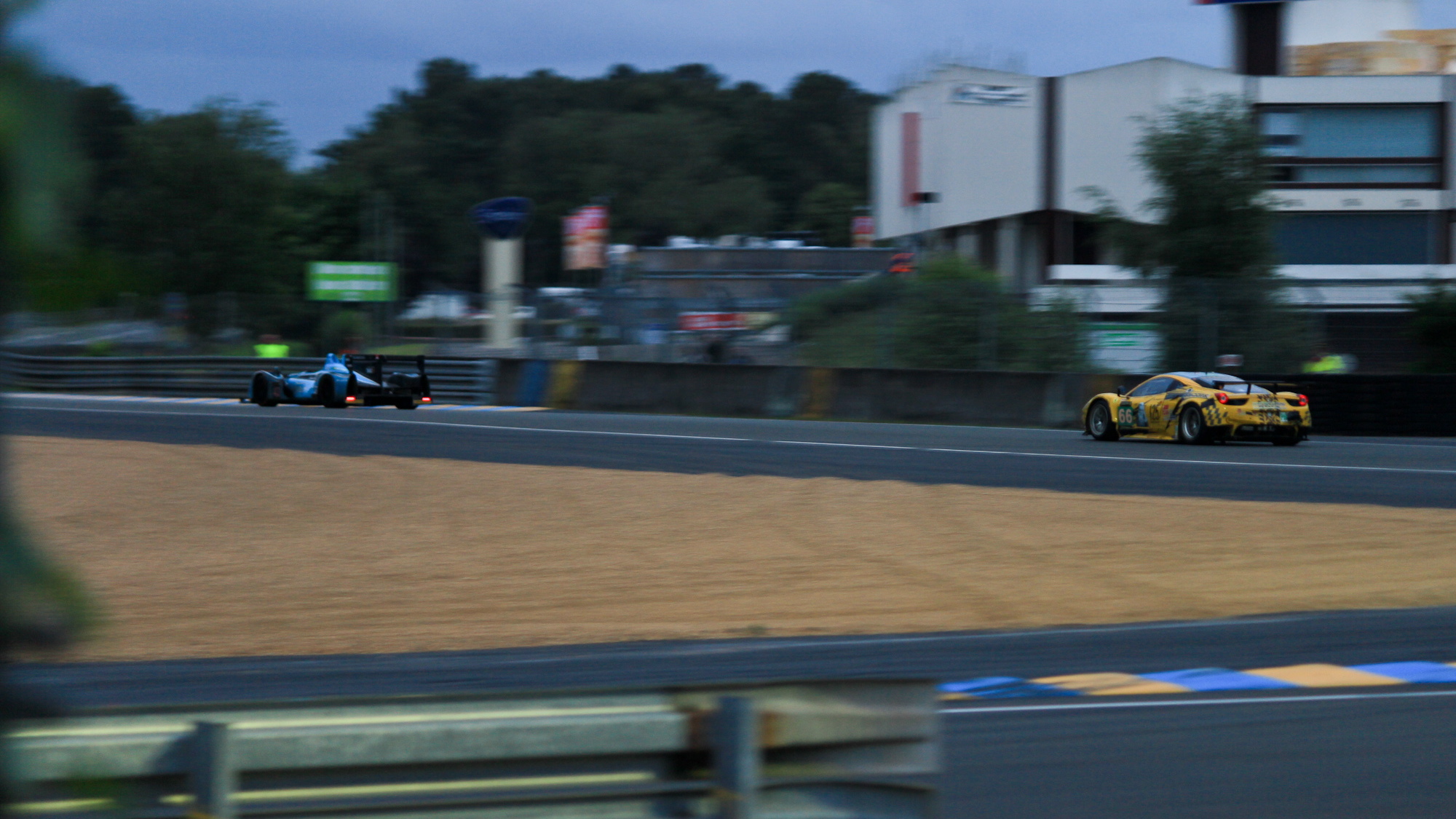 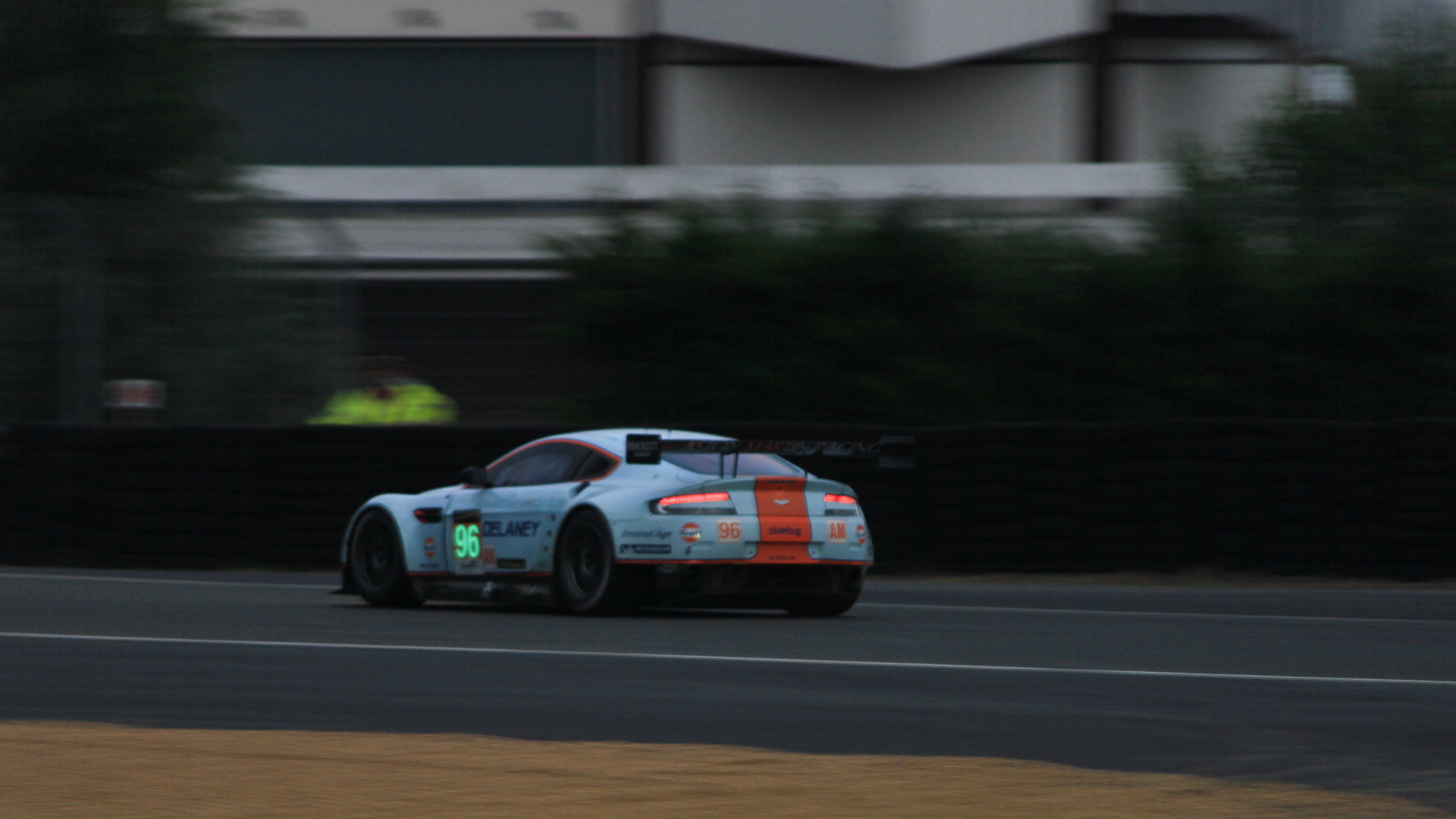 119
photos
We're just past the 12 hour mark at the 90th anniversary of the 24 Hours of Le Mans, and it's already been a roller coaster ride, with weather, mechanical issues, and, unfortunately, accidents all playing a role.

The biggest incident so far was Aston Martin Racing LMGTE Am driver Allan Simonsen's fatal crash at Tertre Rouge on the fourth lap of the race. While the final cause of the accident hasn't yet been officially determined, in-car footage from the car following Simonsen showed the moments just before the impact, indicating it may have been a combination of dampness on the track and Simonsen placing the car on the painted lines while accelerating, causing the rear to lose traction, shooting the car into the wall.

At the insistence of the family, Aston Martin Racing has decided to continue in the race to honor Simonsen's memory.

That tragic incident aside, the race has been moving along in typical Le Mans style--meaning plenty of rain and drying conditions, and a fair share of technical and mechanical problems for a significant portion of the field.

The LMP1 battle between Audi and Toyota has been no exception. Early in the race, Toyota's TS030 saw a technical issue that briefly left one car stranded on the side of the track, but fortunately didn't delay the car long. At the 13-hour mark, the Toyota team is running in second and third place overall, with the #8 car, piloted for now by Nicolas LaPierre, one lap behind the leading Audi R18 e-tron quattro, and the #7 Toyota, currently driven by Sebastien Buemi, just 5.425 seconds behind.

Audi has faced its own share of problems, including tire punctures, electrical issues, and the difficulties of its shorter stints due to "balance of performance" changes before the race that have given Toyota the advantage of three additional liters of fuel. Nevertheless, the #2 Audi R18 remains in the overall lead, currently piloted by Loic Duval more than four minutes ahead of the second-place Toyota. The #3 Audi, with Oliver Jarvis at the wheel for this stint, sits five laps down, while the #1 Audi, with Andre Lotterer driving, has reduced its earlier 12-lap deficit to 10 laps plus 8.428 seconds.

In LMP2, the #35 Morgan-Nissan of OAK Racing is leading with Martin Plowman at the wheel, just in front of the Audi of Lotterer and crew. Second is also an OAK Racing Morgan-Nissan, the #24 car currently driven by Alex Brundle. Third place is the #42 Zytek-Nissan of Greaves Motorsport with Michael Krumm at the helm.

LMGTE Pro racing has been tight and turbulent, with the #92 Porsche AG Team Manthey 911 RSR piloted by Romain Dumas now leading by 5:15.100 from the #99 Aston Martin Racing Vantage V8. Third place is the #97 Vantage V8, but driver Stefan Muecke faces a 19-lap deficit to second.

LMGTE Am has likewise been highly competitive, with lap times very close to the Pro category. Just past the 13-hour mark, the #76 IMSA Performance Matmut Porsche 911 GT3 RSR leads, nearly 8 minutes ahead of the #55 AF Corse Ferrari 458 Italia. Third is the #61 AF Corse Ferrari, just under 3 minutes behind its sister car.

We'll have more updates and photos for you live from the Circuit de la Sarthe, as well as an after-action report once it's all wrapped up, so stay tuned for more from the 2013 running of the 24 Hours of Le Mans. To keep up on your own with lap-by-lap coverage, visit the official live timing page, or tune in to Radio Le Mans.