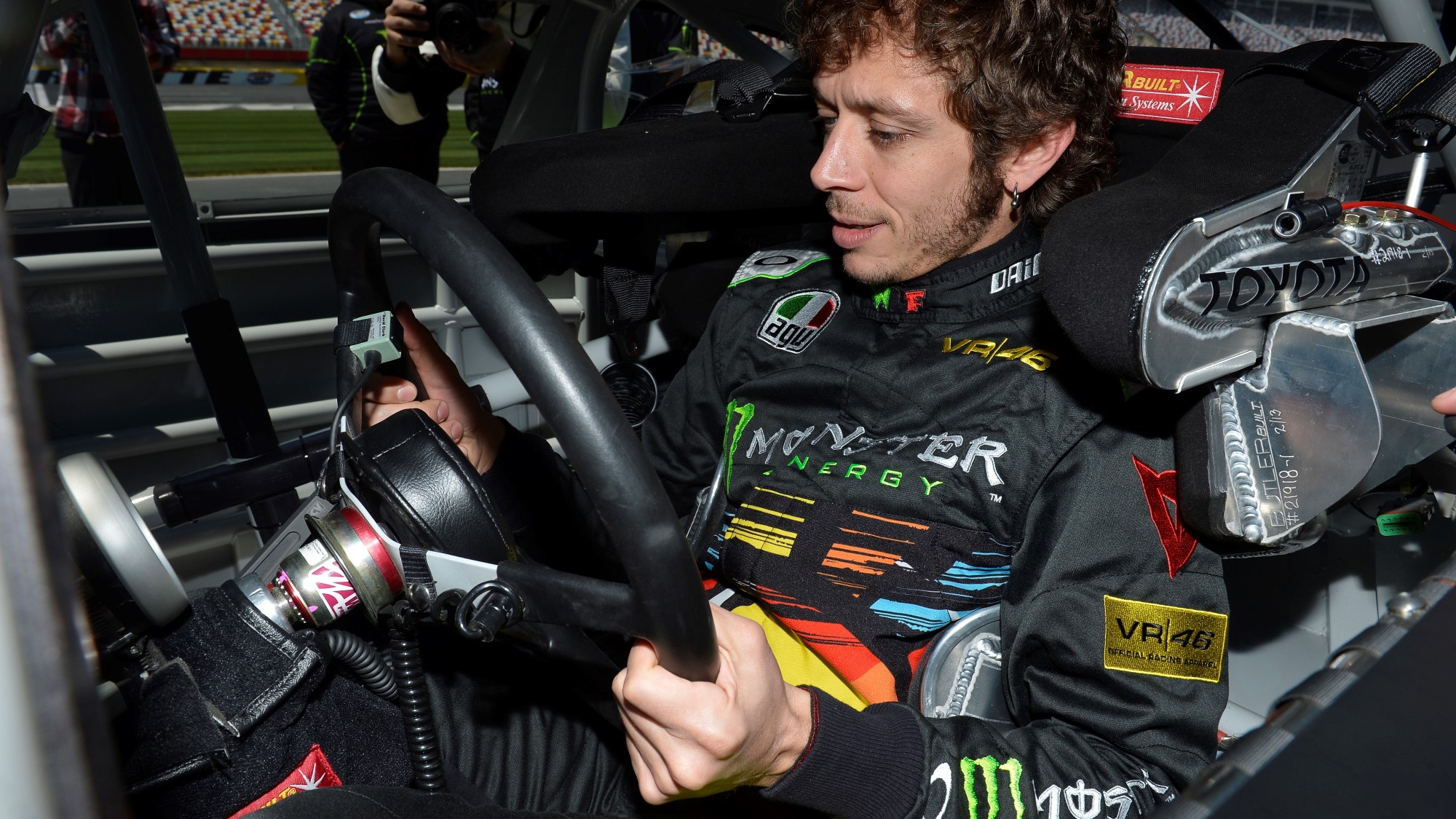 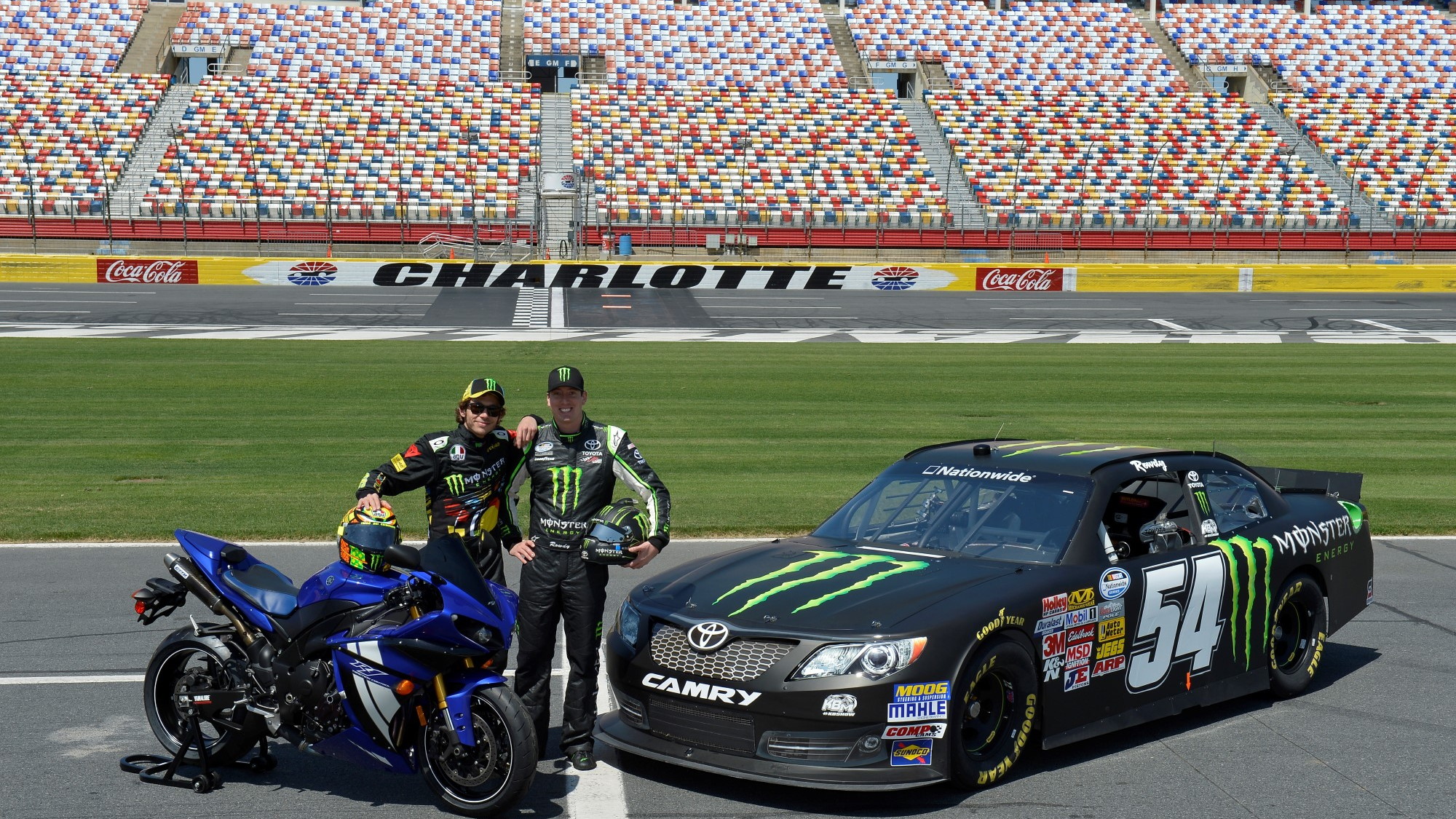 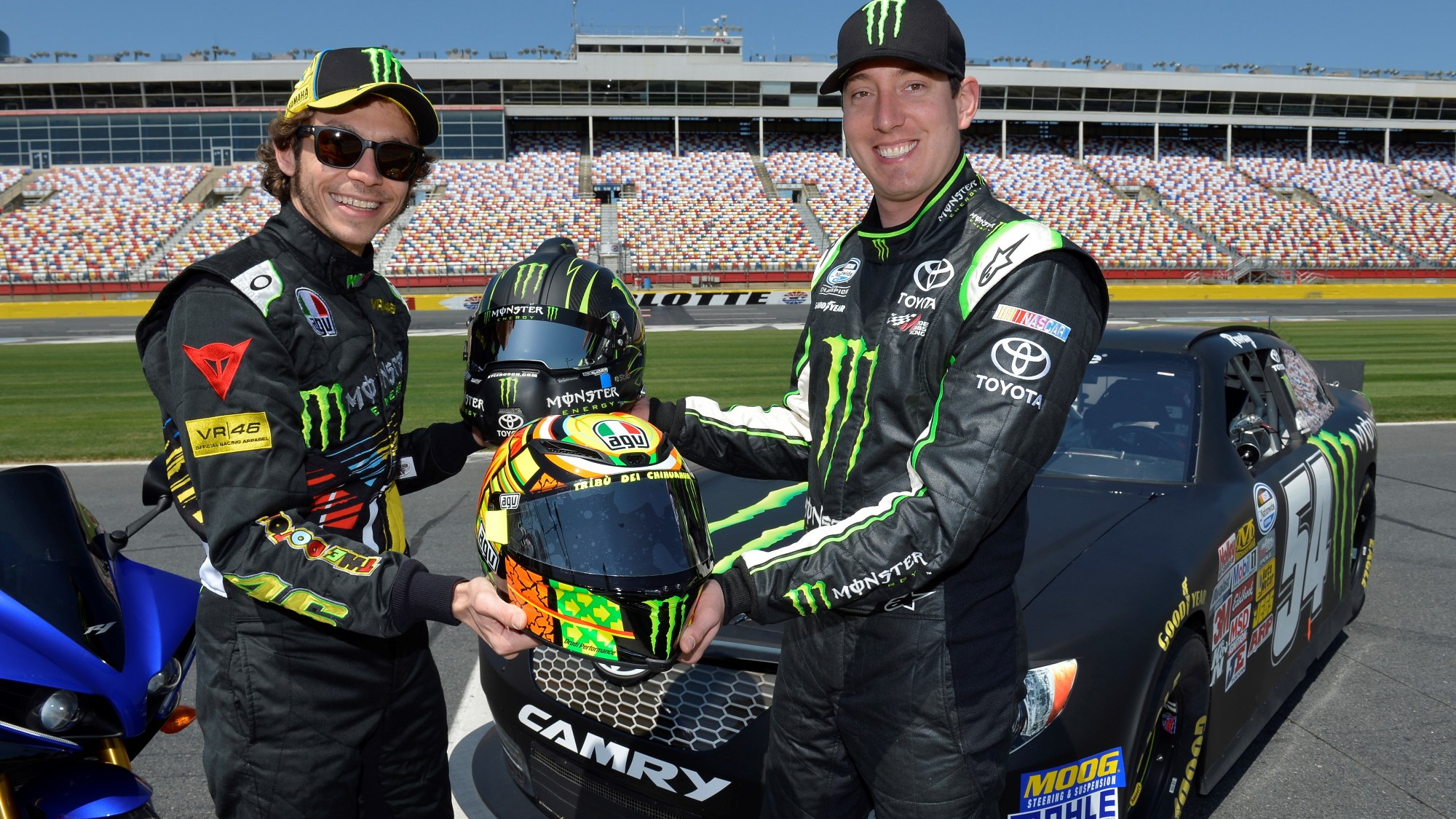 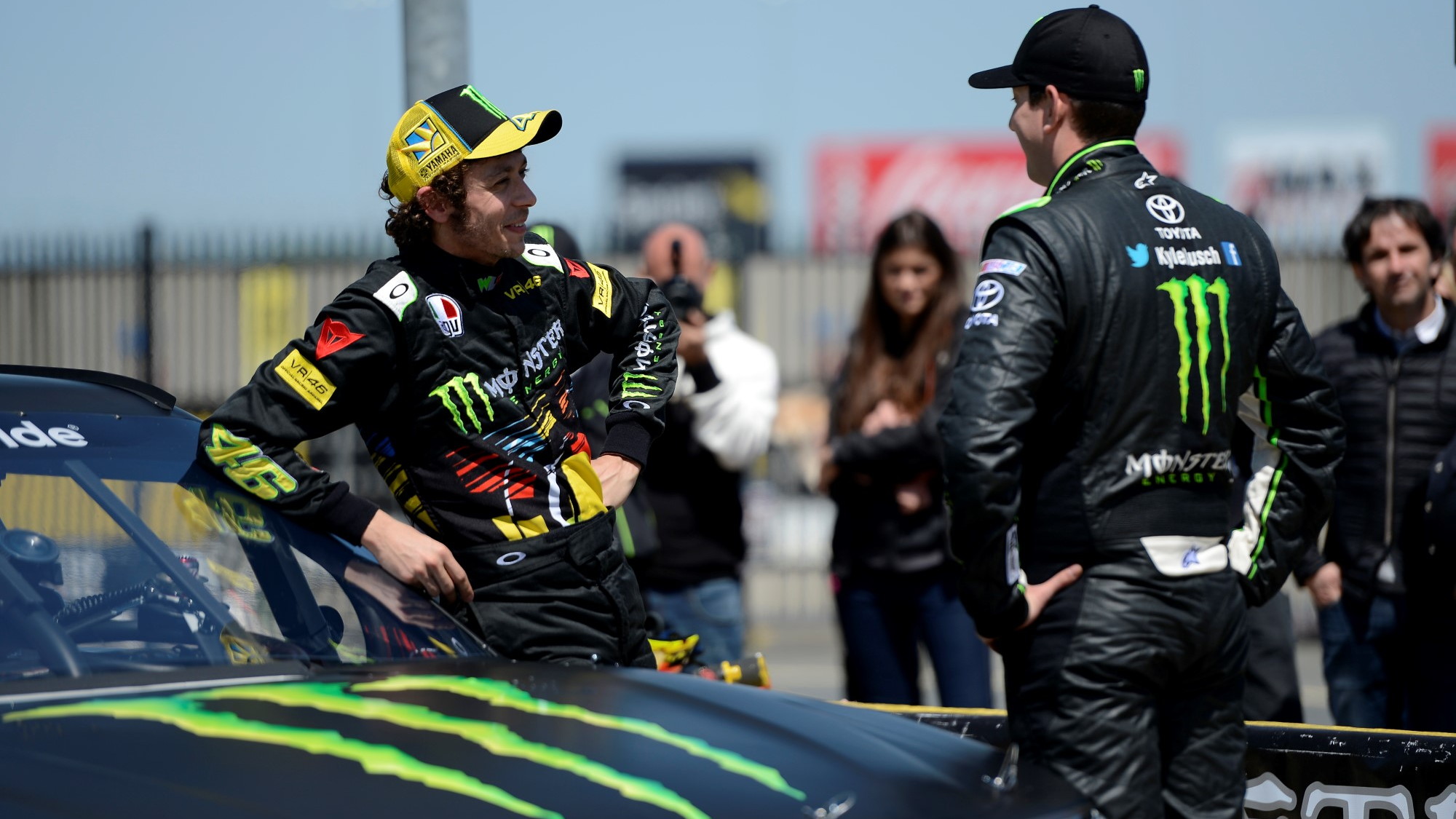 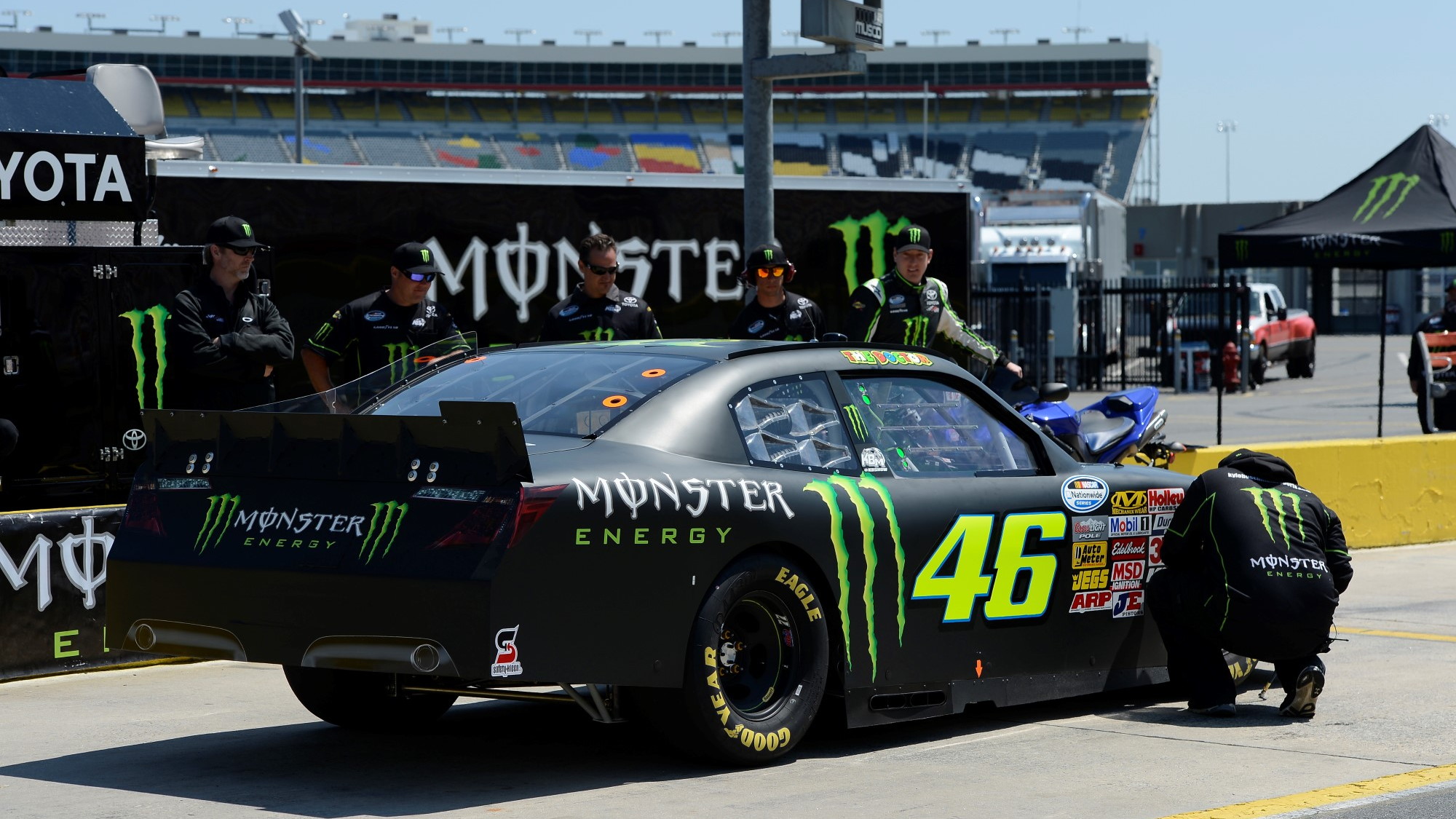 19
photos
When you're used to slapping knees against the pavement at 160 mph, a NASCAR Nationwide car must seem like a lumbering behemoth, despite its 650-ish horsepower. Of course, it also has two more wheels than a Moto GP bike.

But that didn't deter Valentino Rossi from getting up to speed quickly in Kyle Busch's #54 Toyota Camry Nationwide car.

"At the beginning it was a bit strange because it’s difficult to go straight. But after some laps, I had a lot of confidence and I was able to go faster and faster and faster. I must say I got along very well with Kyle. He’s a good guy. I like him and he gave me a lot of important advice," said Rossi.

"And as far as driving the car, I thought he did pretty good. He started out a little slow, which is fine, but every lap he picked it up a lot. He got to where he was running some competitive lap speeds – times that would put him in the top-15 in Nationwide Series practice. That’s pretty good for a guy in his first start, who is just coming over and getting used to things and someone that is used to driving on two wheels," said Busch.

The test took place at Charlotte Motor speedway this week. The ride was arranged by the two drivers' mutual sponsor, Monster Energy, as part of a video the company is shooting.