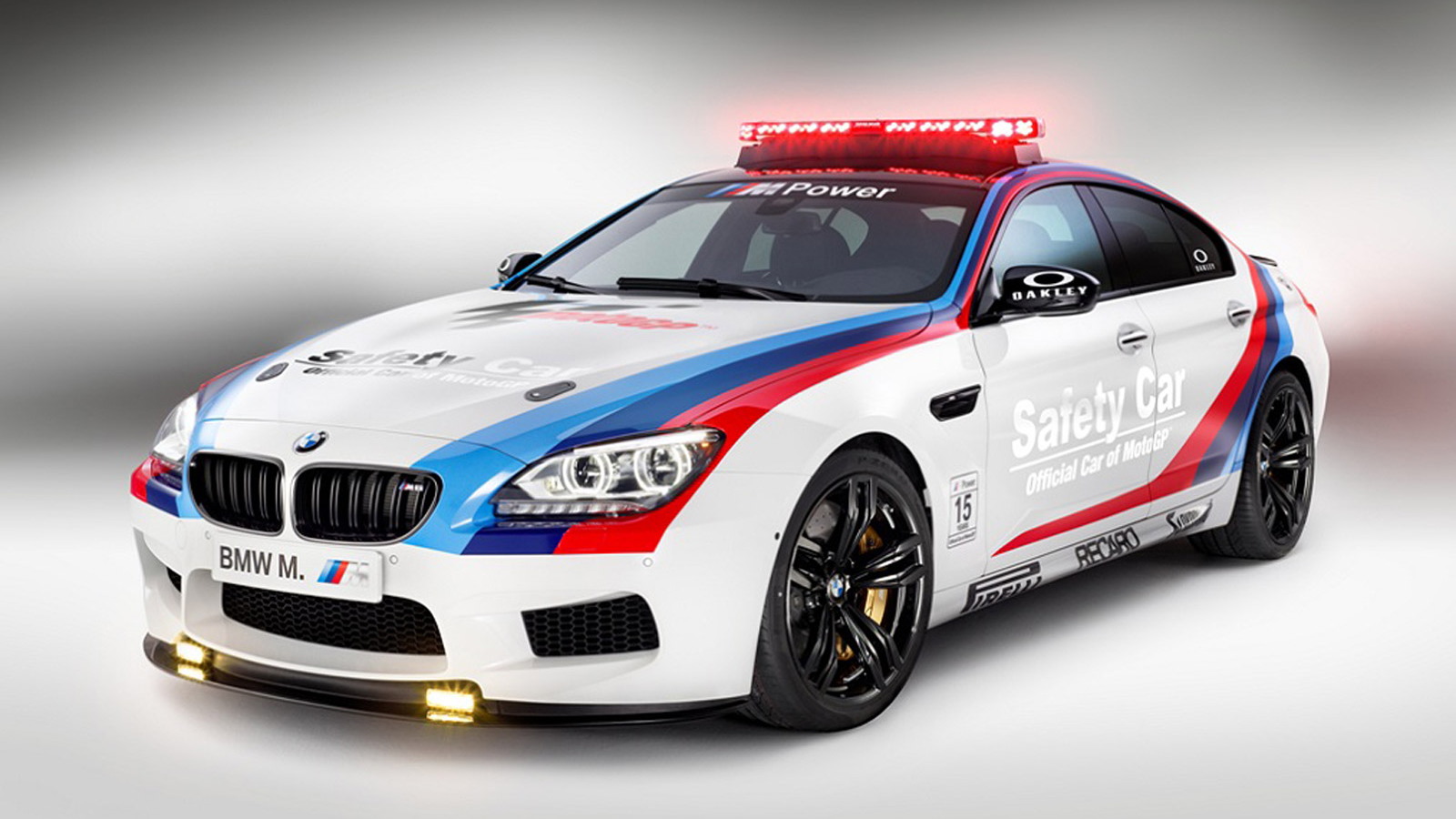 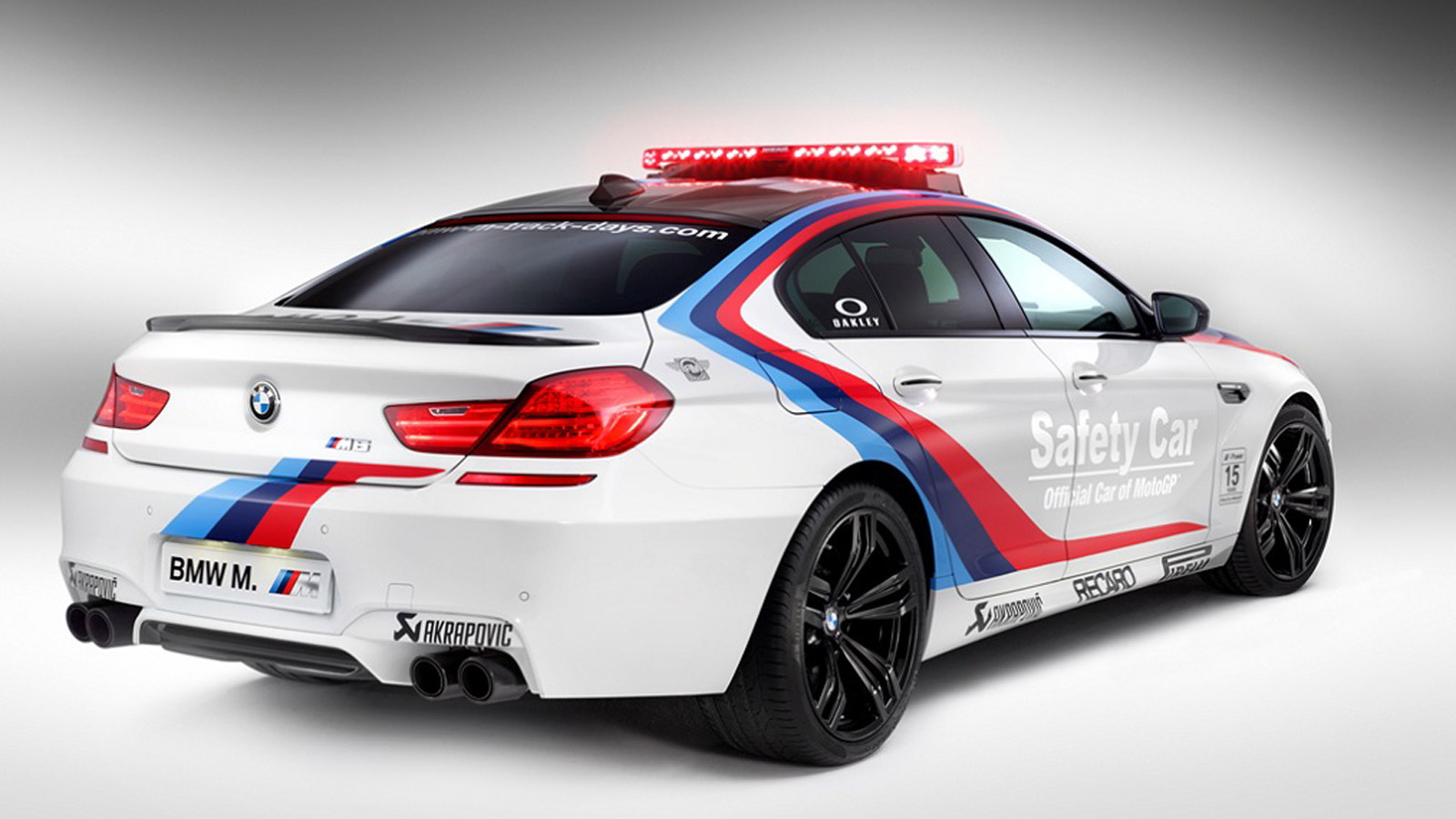 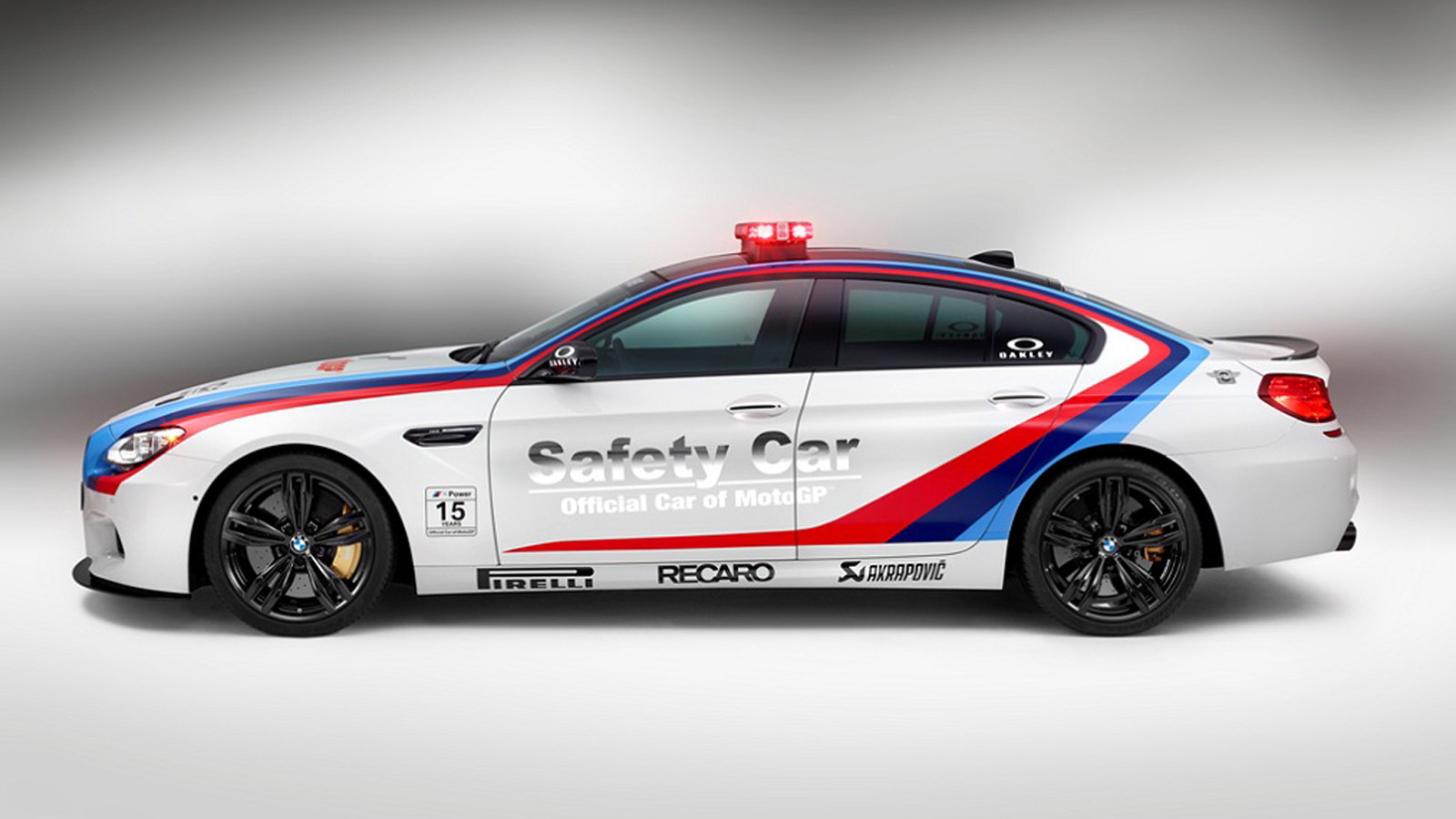 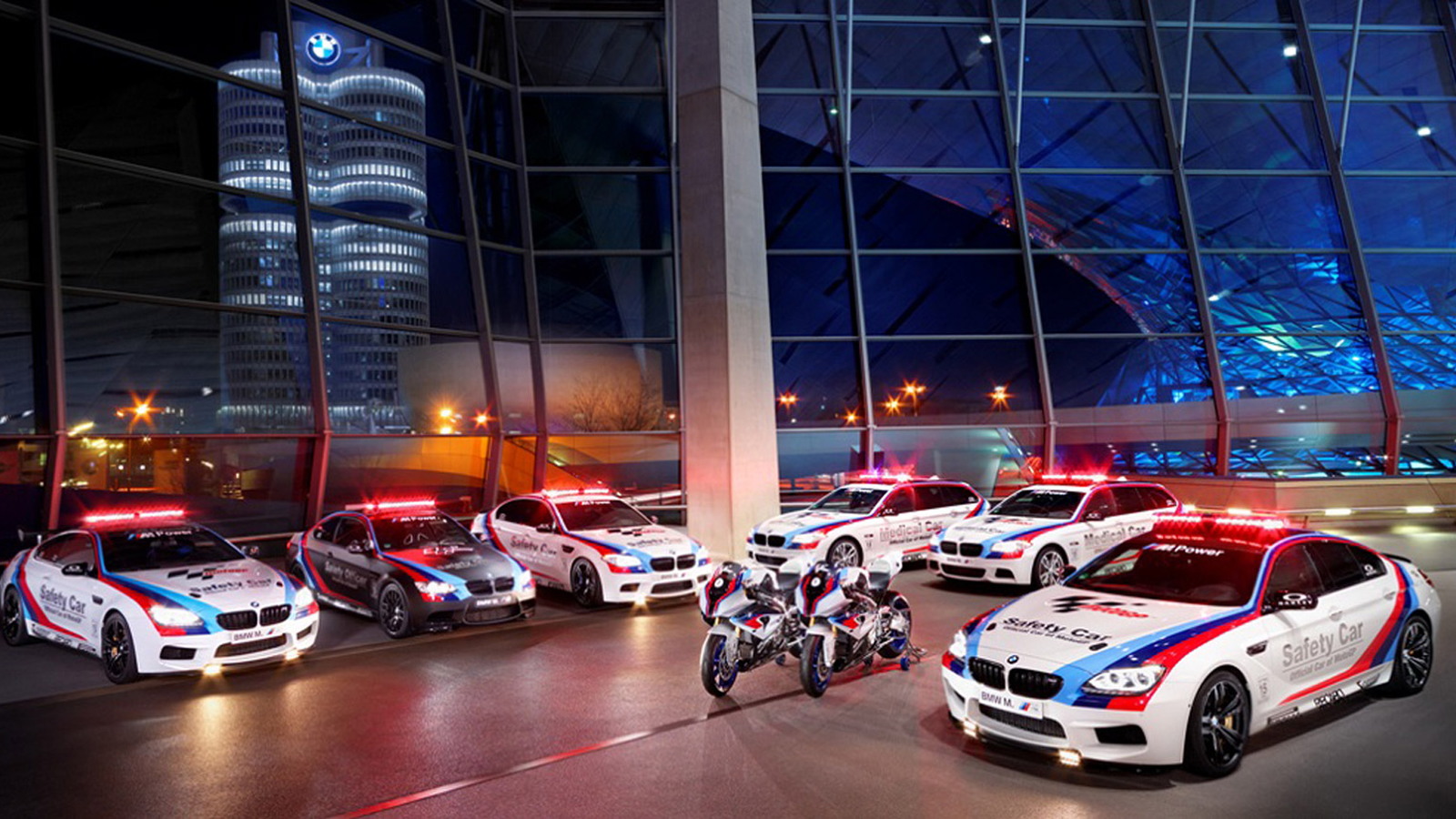 4
photos
Following the success of the BMW M5 as MotoGP’s official safety car in 2012, the latest bahnstormer from the hallowed M Division, the 2014 BMW M6 Gran Coupe, has been picked as this year’s safety car.

This will be the 15th successive year that a BMW M car has served as the official safety car of the MotoGP World Championship, but it’s not just the M6 Gran Coupe that gets a starring role, as a fleet of BMW vehicles including the M6 Coupe, M5, M3 Coupe, M550d xDrive Touring and HP4 motorcycle will also be crucial for the smooth running of each leg of the 2013 MotoGP season.

The M6 Gran Coupe safety car has been specially modified for its use as a pace car out on the race track.

In addition to its unique livery and flashing lights, the safety car also features radio equipment used to communicate with safety officials presiding over the race.

As a fully-fledged M car, no performance upgrades were needed to ensure the M6 Gran Coupe would be capable of keeping up with the race bikes of MotoGP, except for the removal of the car’s 155-mph speed limiter.

Up front is a twin-turbocharged 4.4-liter V-8 engine, which rates at 560 horsepower and 500 pound-feet of torque. Power is sent rearward, first to a seven-speed dual-clutch transmission and then to a limited-slip differential before reaching the rear wheels.

BMW is more than happy to have its M cars serve as the safety cars for MotoGP. According to the automaker, the platform allows it to present its high-performance vehicles to a target group consisting of motorsport enthusiasts who typically share a passion for technologically innovative and dynamic sports cars.

The start of the 2013 MotoGP season takes place this weekend at the Losail International Circuit located just outside Doha, Qatar.