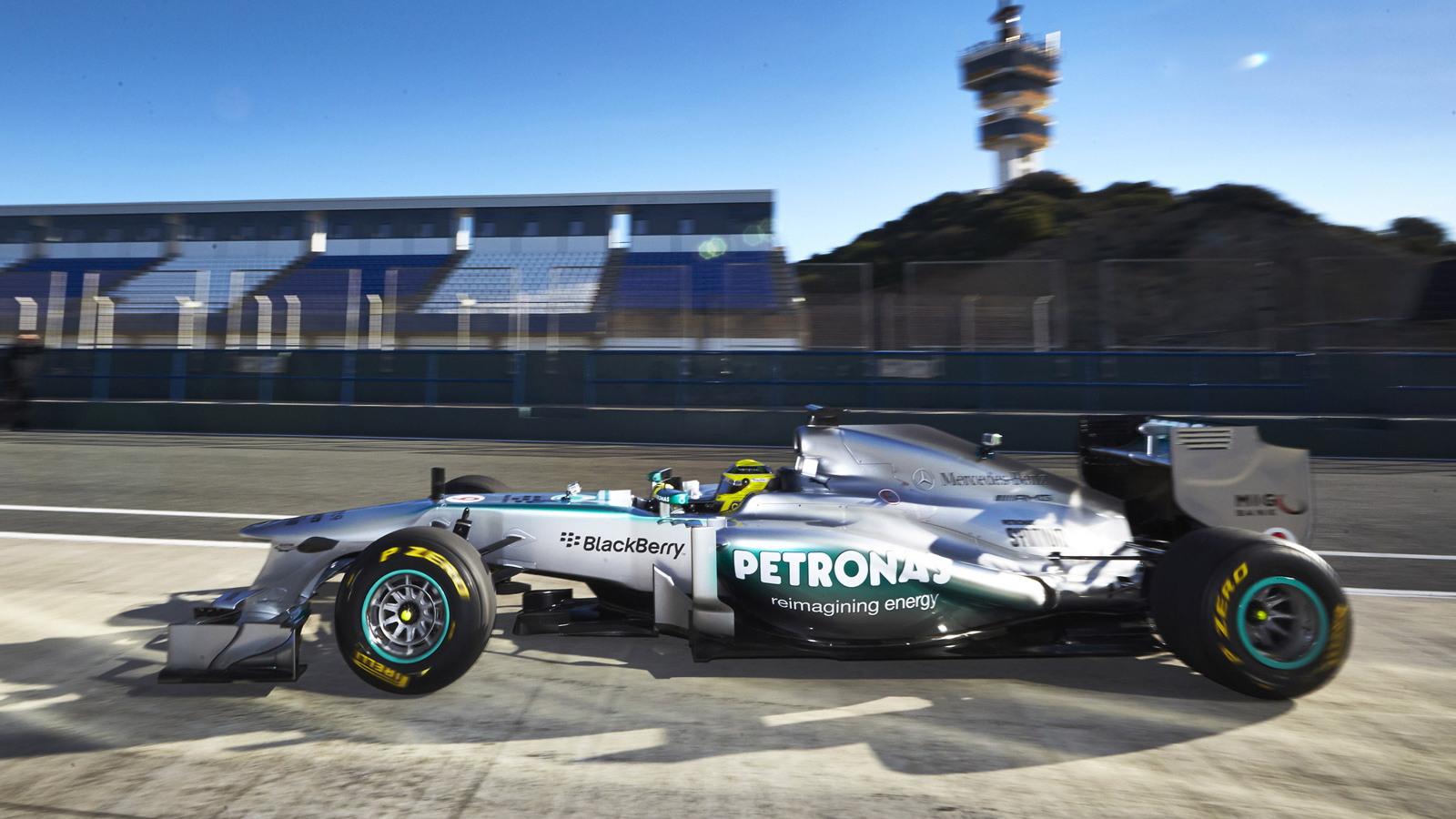 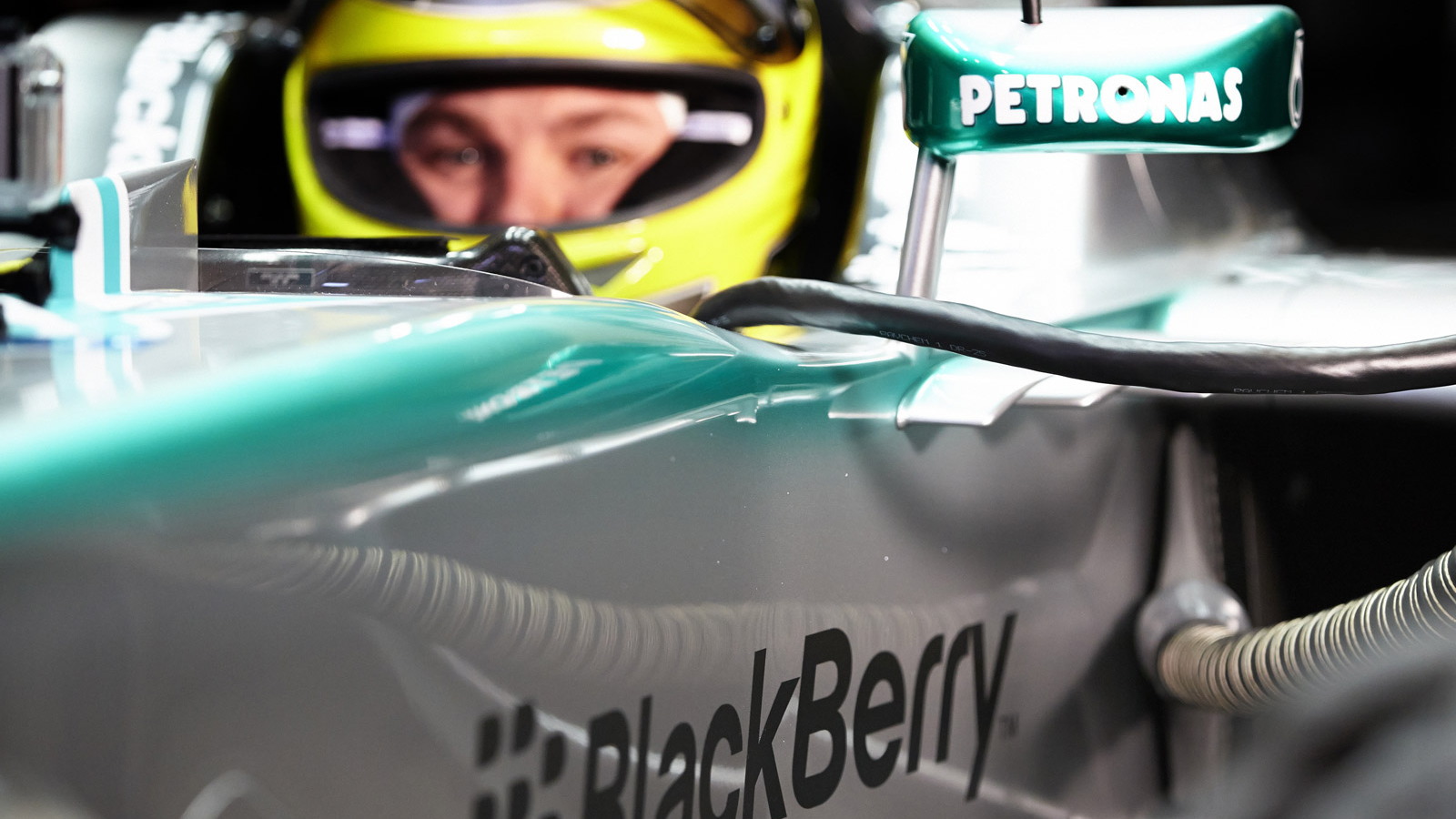 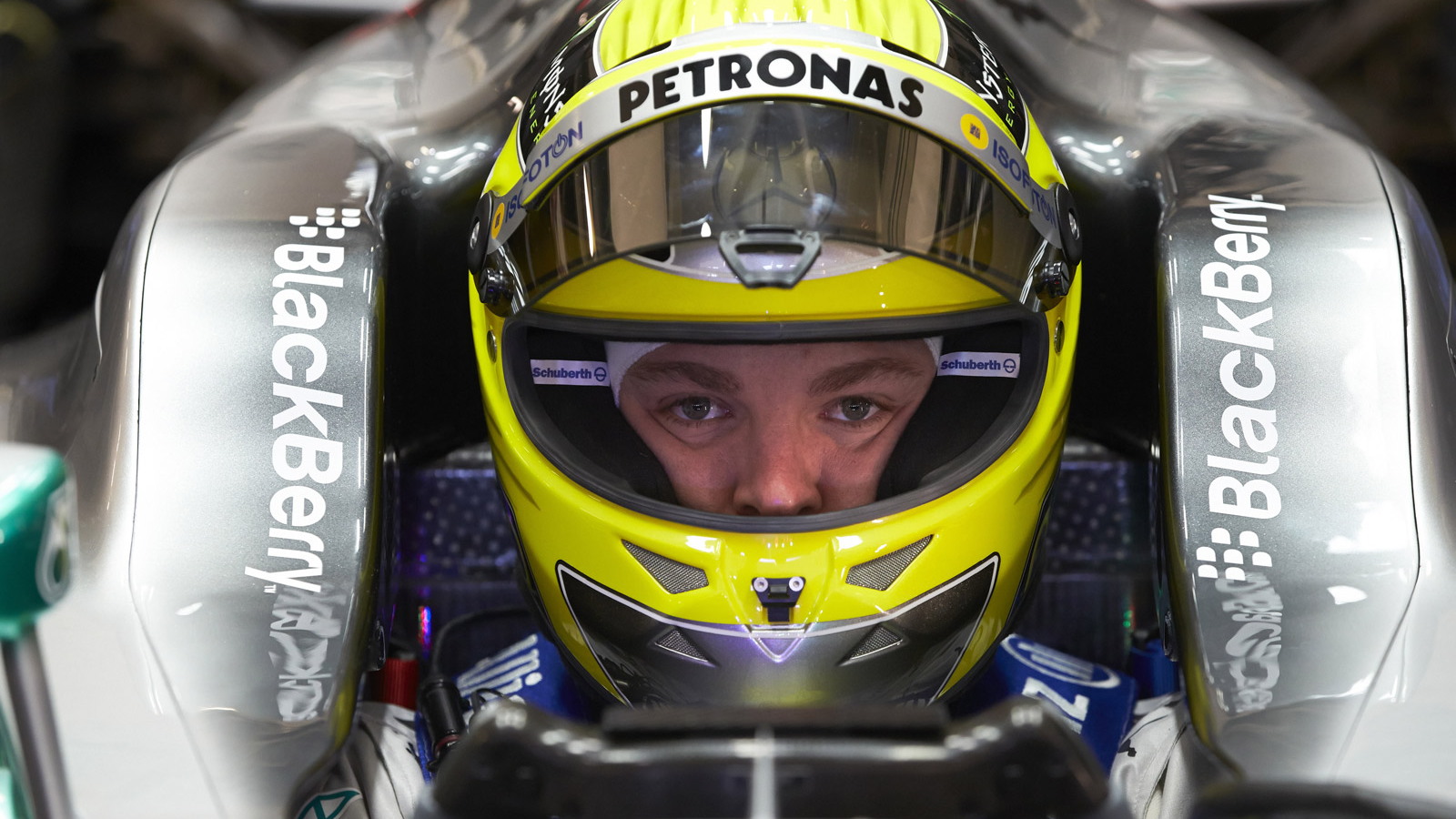 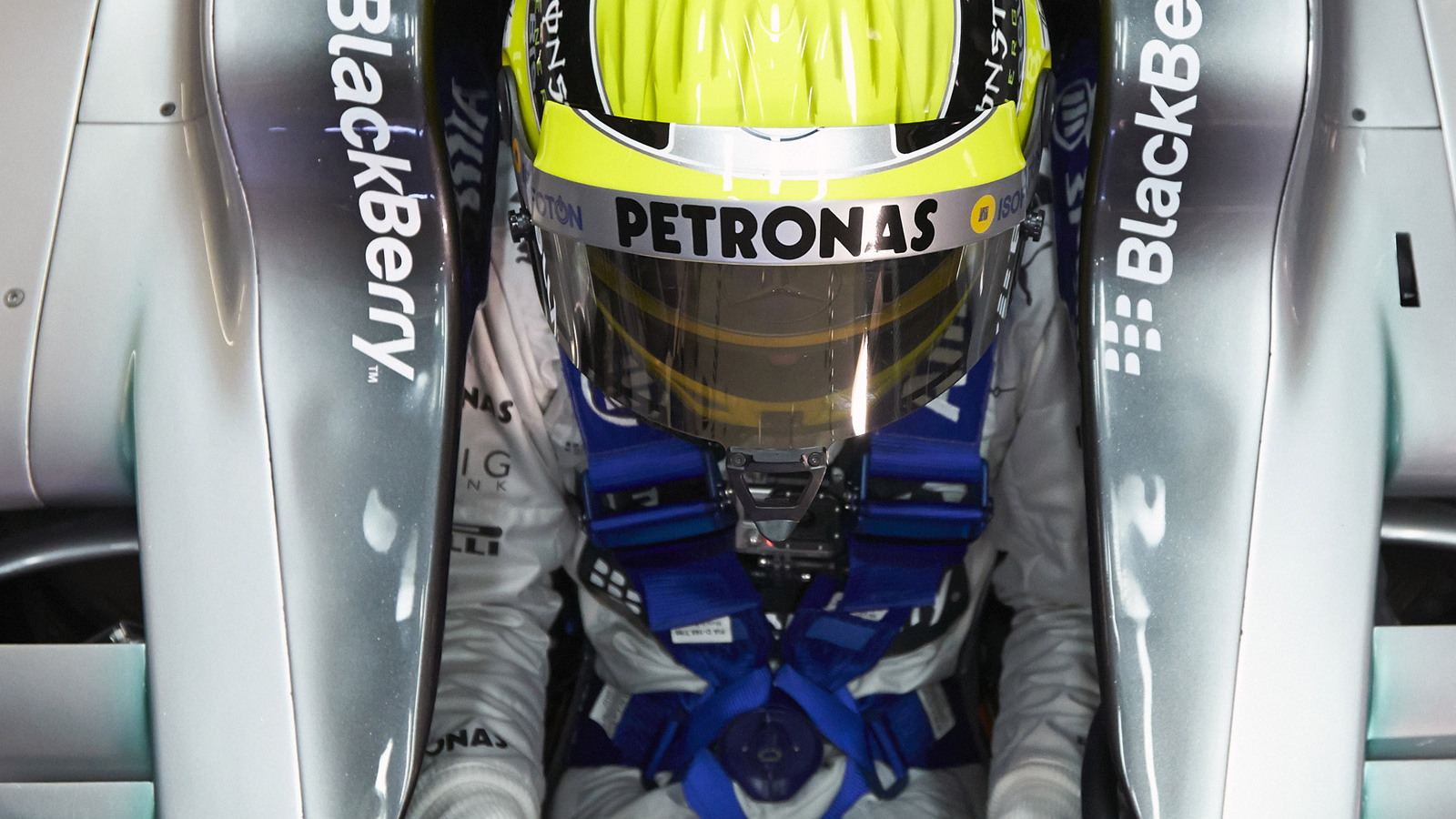 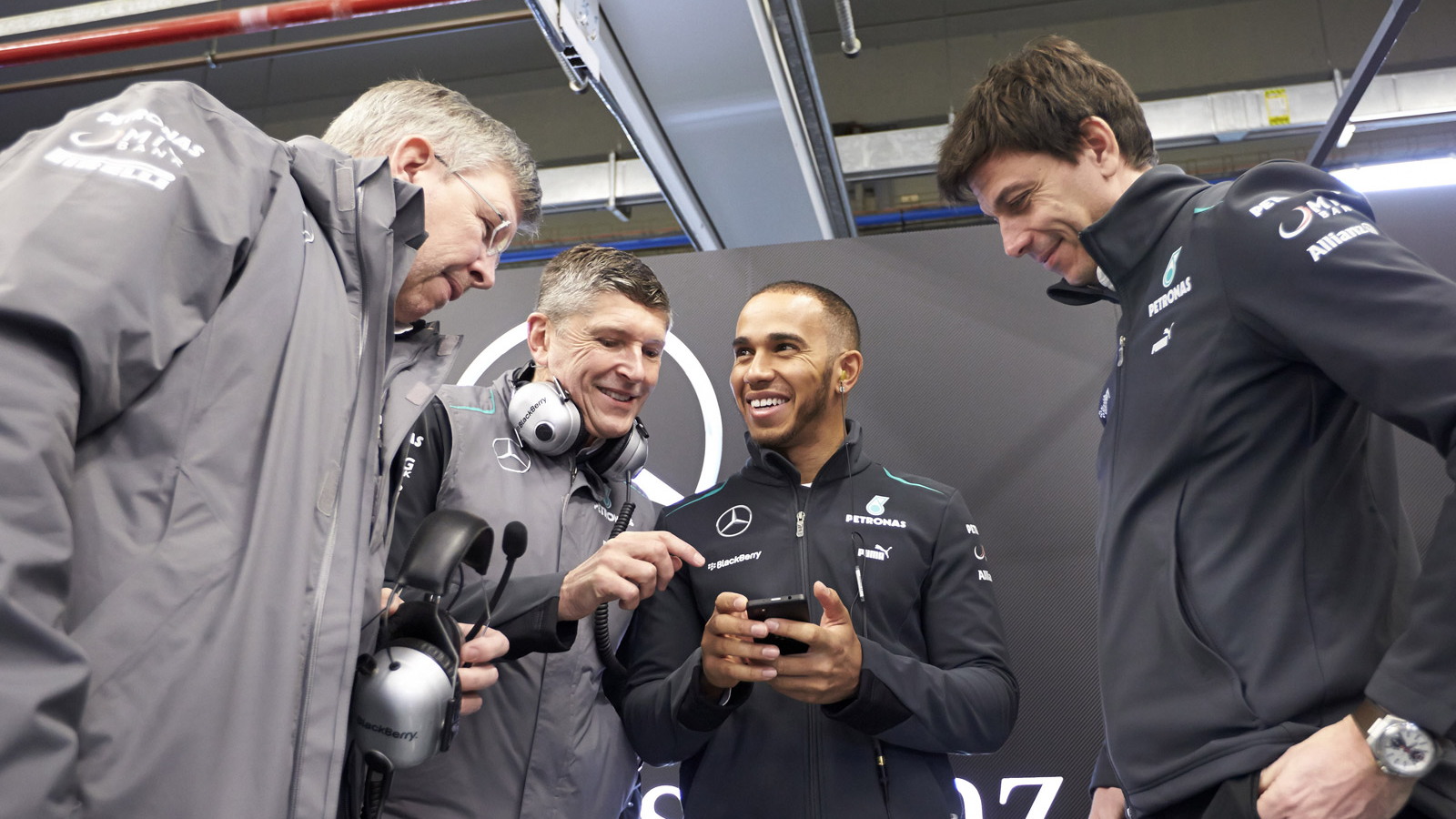 5
photos
Mercedes AMG has taken the wraps off its new W04 Formula One race car that former world champion Lewis Hamilton will be driving in his first year with the team, and his first away from McLaren, which he has been linked with since the age of 13.

Driving alongside Hamilton will be Nico Rosberg, who was first to drive the W04 during its debut today at the Jerez race track in Spain.

Hamilton will have his chance at the wheel later today, where he will become the first British works driver for Mercedes since Stirling Moss drove for the automaker more than 50 years ago.

“It’s the start of a new chapter for me, a new adventure, and when I walked through the doors in Brackley [where the team is based], I was so excited to get down to work,” Hamilton said at the unveiling.

Rosberg, a close friend of Hamilton, is also looking forward to the new arrangement.

“It’s his first time in the Silver Arrow and I look forward to working together and pushing each other hard, to make this the best team in F1,” the German said.

With the technical regulations remaining stable in 2013, ahead of major changes for 2014, the basic vehicle concept of the W04 is an evolution of last year’s car. Designers focused on the aerodynamics and the exhaust system.

The W04 also does away with the stepped-nose design of its predecessor thanks to a small vanity panel, which was found to offer a small gain during aerodynamic testing.

As with the rest of the cars competing in the 2013 F1 season, the W04 is powered by a naturally-aspirated 2.4-liter V-8 engine and features a Kinetic Energy Recovery System (KERS), just like last year. The car also retains pushrod front suspension and a pullrod rear suspension, aimed at optimizing tire life and performance.

One major change, however, is the announcement of BlackBerry as the ‘Official Mobile Computing Partner’ for the Mercedes AMG team.

Hamilton and Rosberg now have four days to test the W04 in Jerez along with many of the other teams contesting the 2013 F1 season.