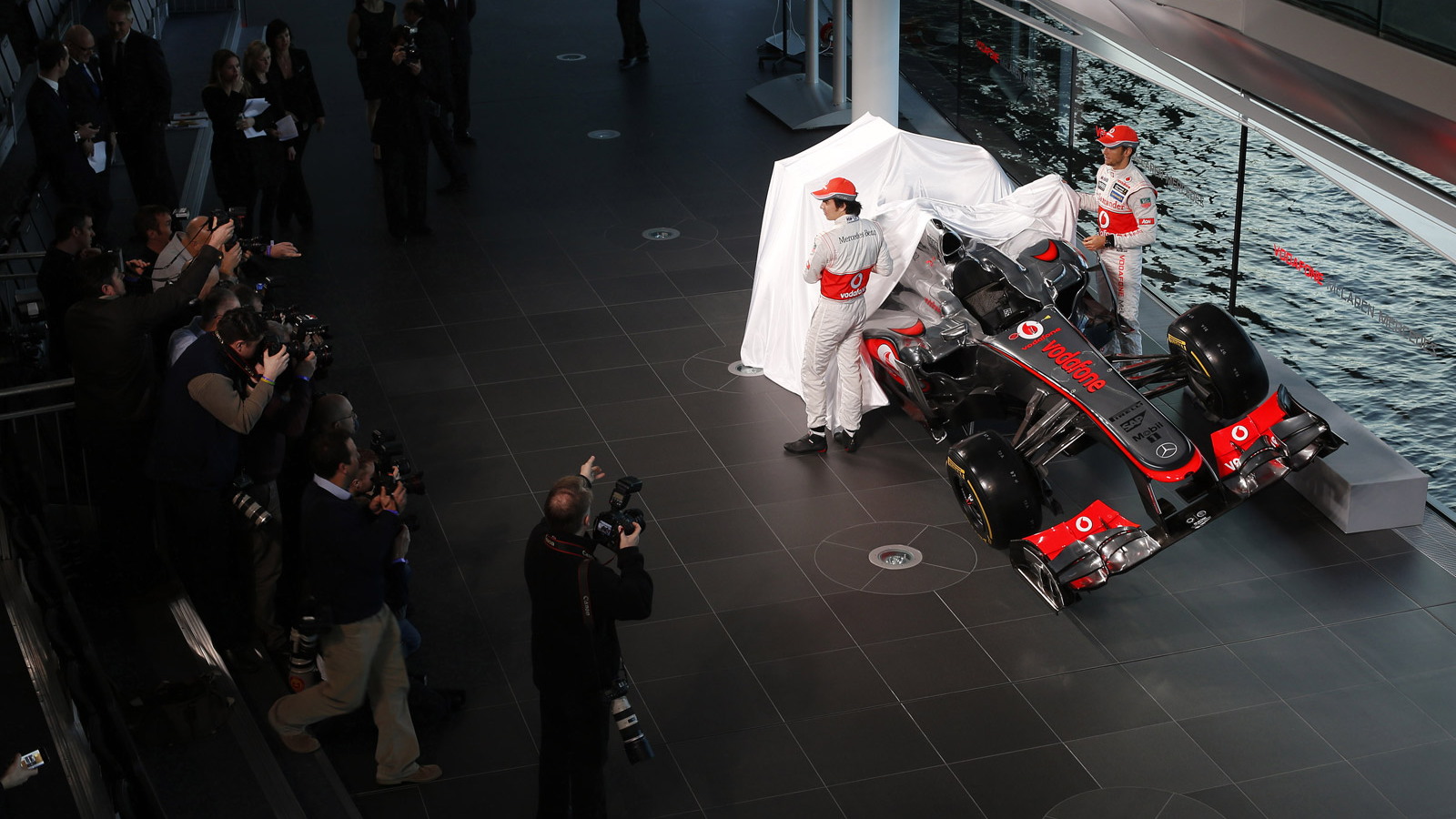 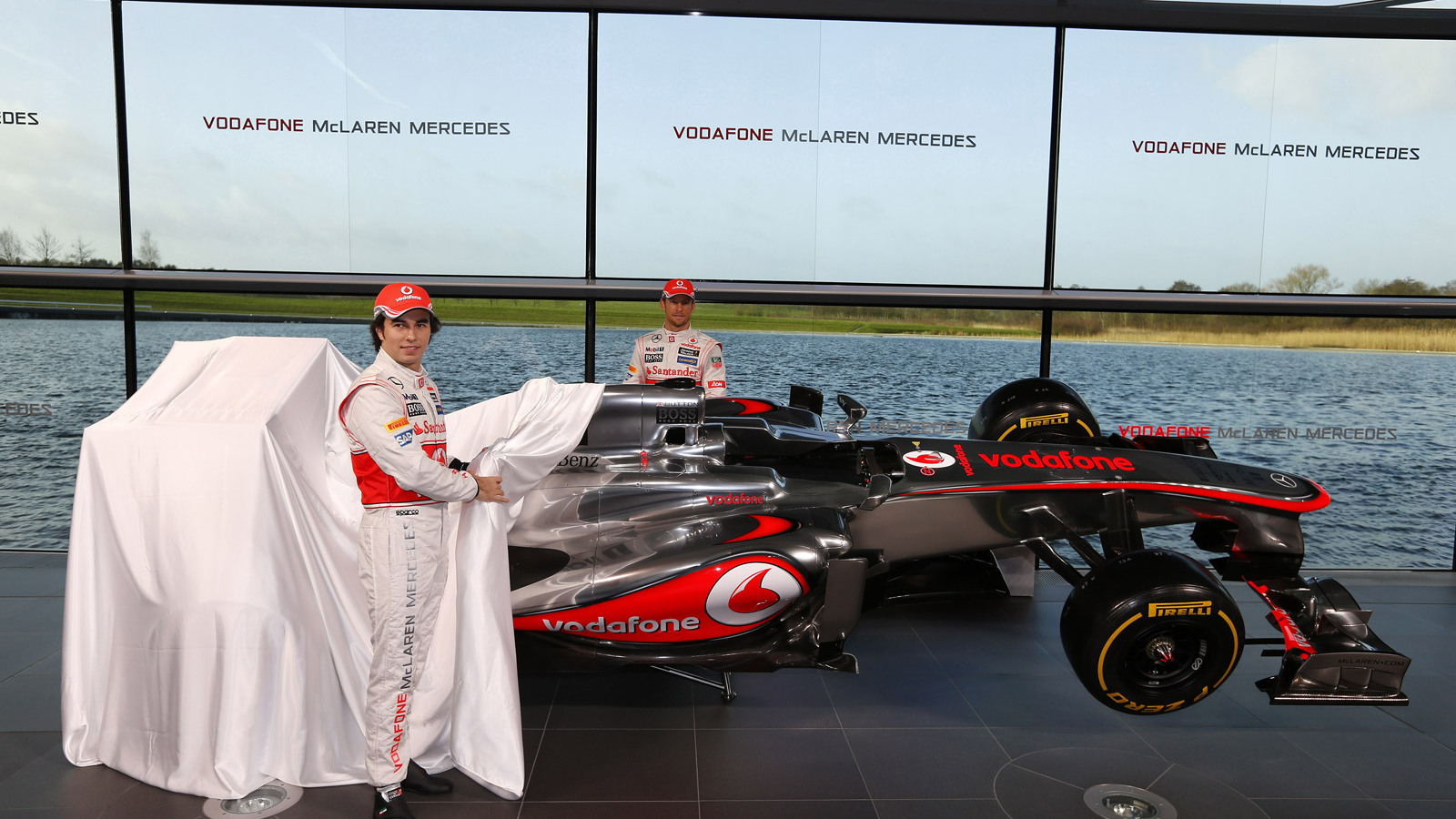 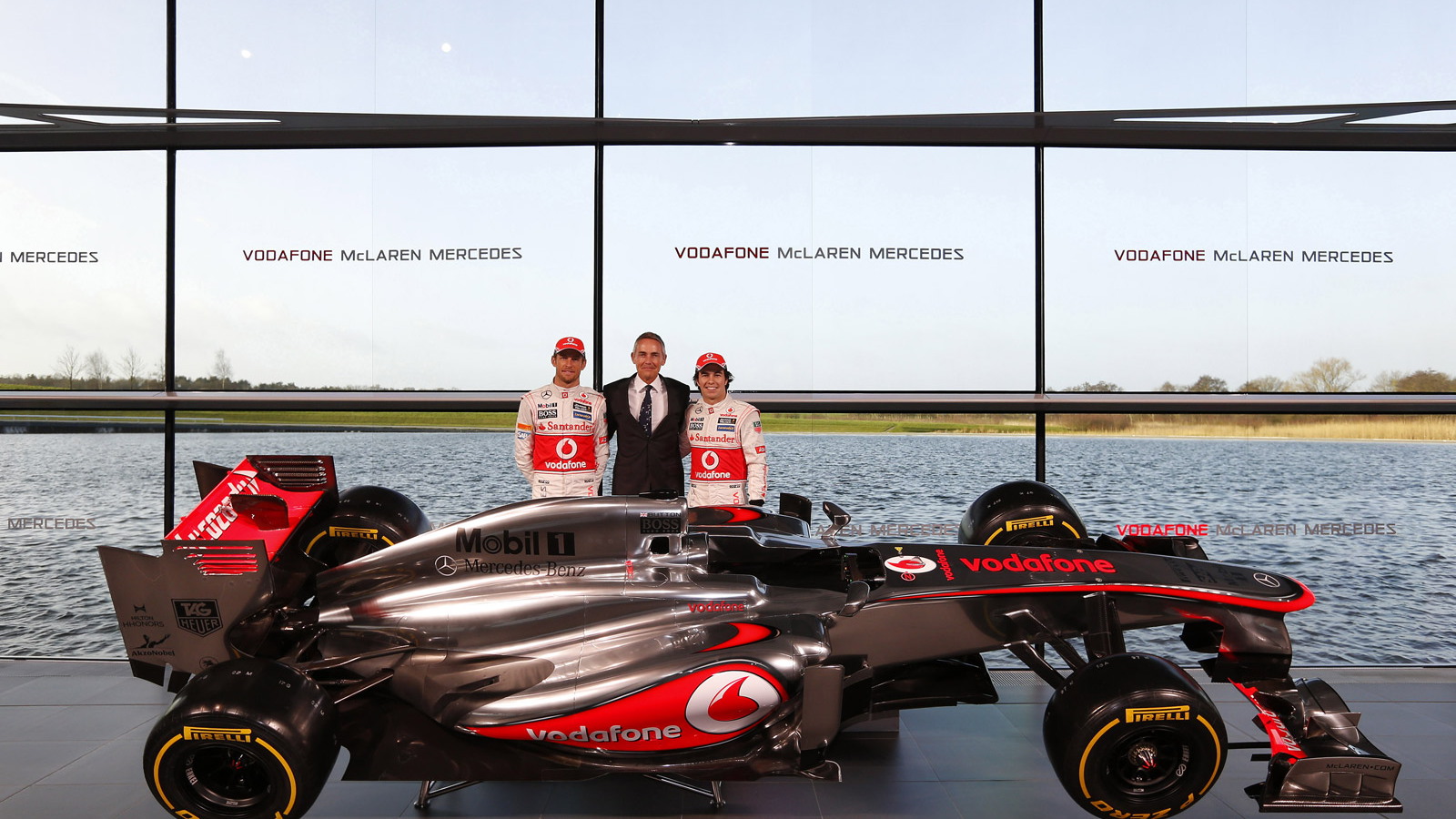 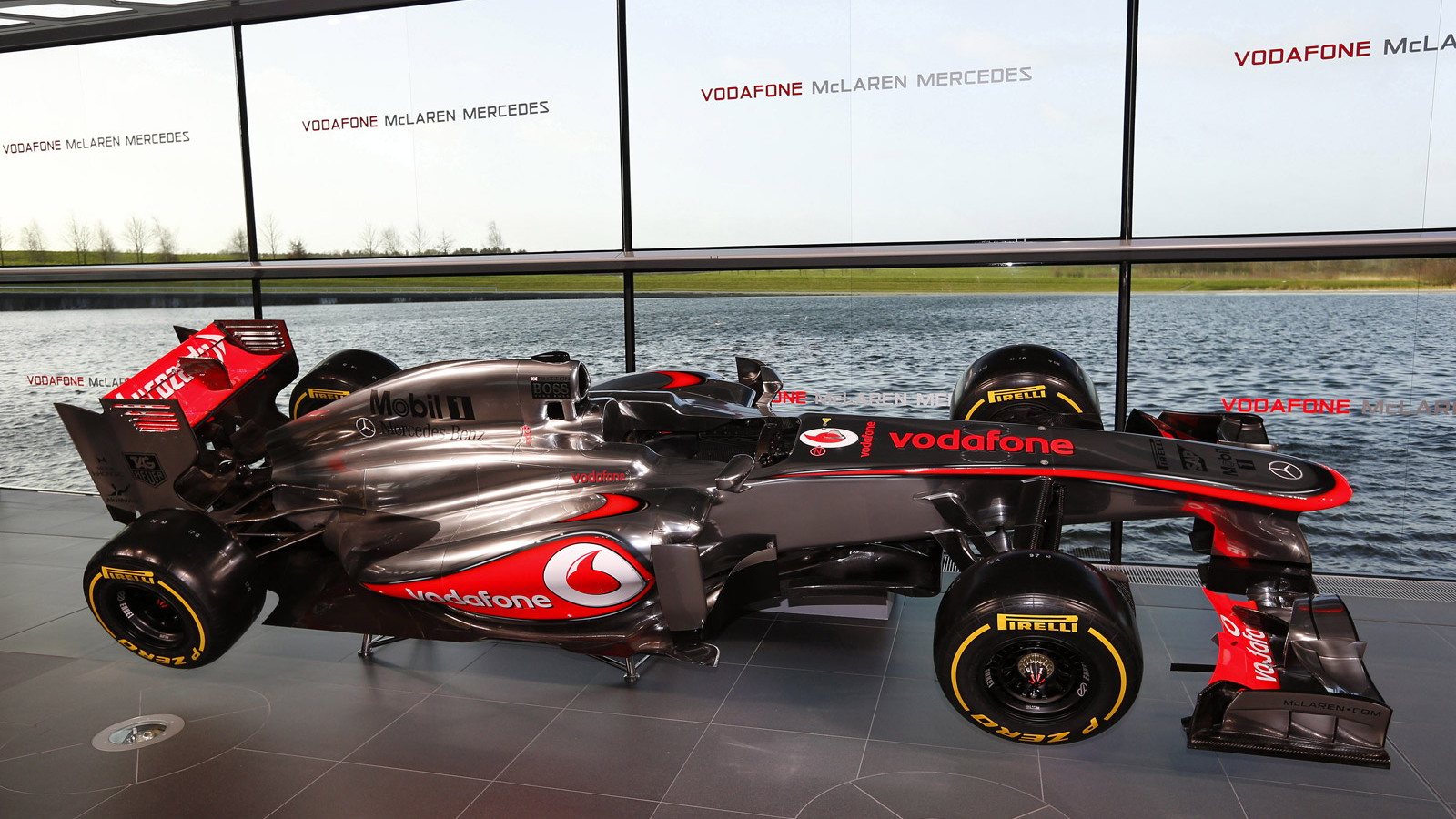 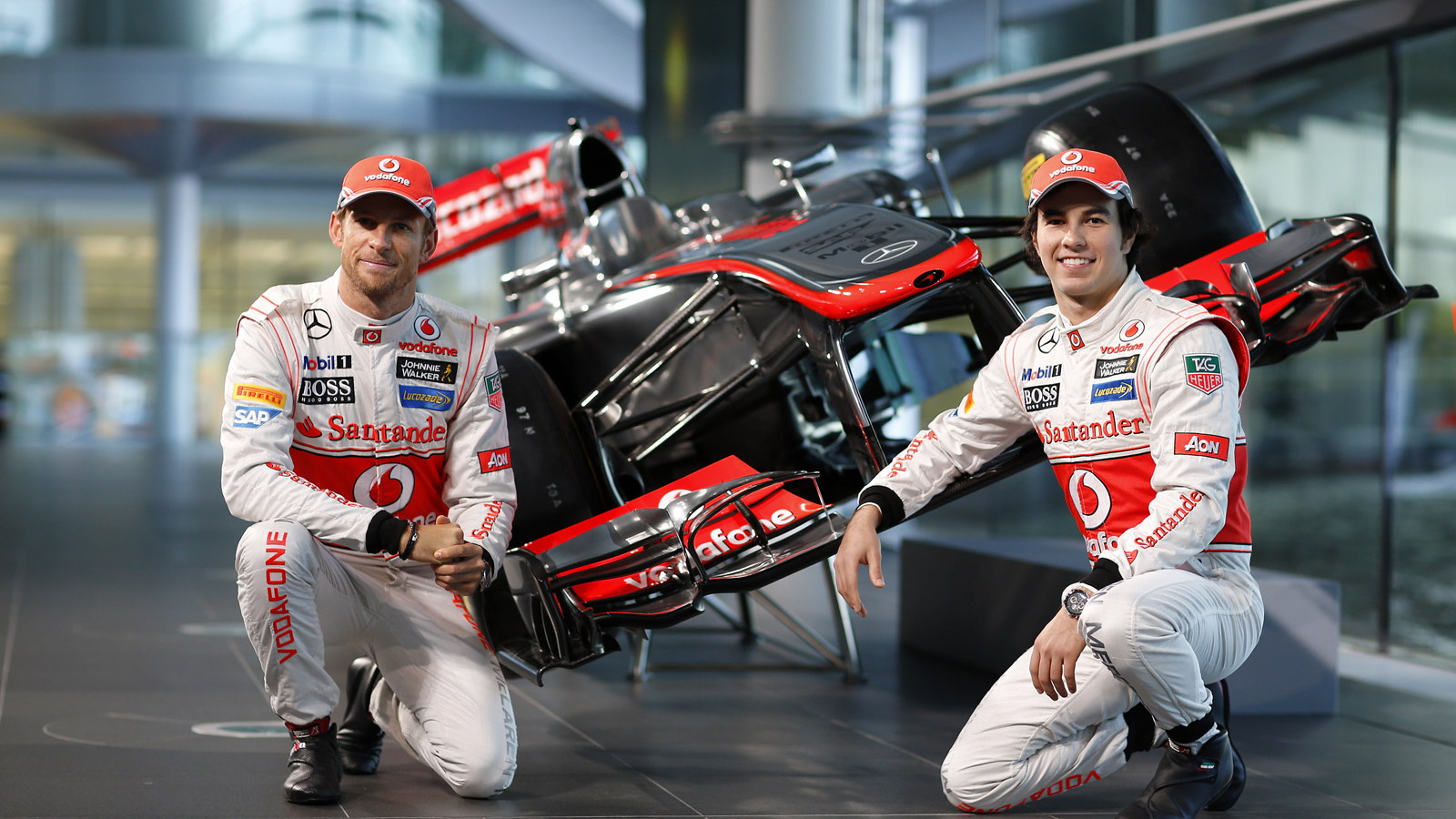 7
photos
Testing for the 2013 FIA Formula One World Championship gets underway at Spain’s Circuito de Jerez next week, so that means we’ll be seeing the race cars of the 11 teams contending the new season unveiled over the coming days.

The Lotus F1 Team was first off the ranks, with its new E21 chassis looking almost identical to last year’s E20, though that shouldn’t be much of a surprise considering the similarities between regulations this year and last.

And the same can be said for McLaren’s new MP4-28 race car, revealed today at the team’s headquarters in Woking, England.

While McLaren assures us there are numerous changes, to the average person the MP4-28 looks almost the same as its predecessor, right down to the curved-nose. And it doesn’t help that the livery is almost the same.

There is a reason for this, however. The MP4-27 was one of the faster cars last year, but its reliability couldn’t keep up and this saw Jenson Button and Lewis Hamilton (now at Mercedes-AMG) trail the leaders towards the end of the season, despite showing some promise earlier on.

Thus, reliability of the mechanicals is one of the areas McLaren’s engineers focused on when designing the new car. The front suspension has also been replaced with a pull-rod configuration, similar to Ferrari’s setup from last year, and the same is used at the rear.

As with the rest of the cars competing in the 2013 F1 season, the MP4-28 is powered by a naturally-aspirated 2.4-liter V-8 engine and features a Kinetic Energy Recovery System (KERS). McLaren's engine is once again sourced from Mercedes, and features a 90 degree design plus an 18,000-rpm rev limit.

This will be the last year for this particular drivetrain combo as 2014 will see the introduction of turbocharged 1.6-liter V-6 engines in a quest to improve efficiency.

Driving for McLaren this year will once again be Button, who will be joined by former Sauber driver Sergio Perez. While Button is a world champion, Perez is yet to win a race in F1 though that could very well change in 2013.

Ferrari’s new car, which the Italian team has just confirmed will be called the F138, will be revealed tomorrow, followed by Red Bull Racing’s RB9 and Mercedes-AMG’s W04 on February 3 and 4, respectively.