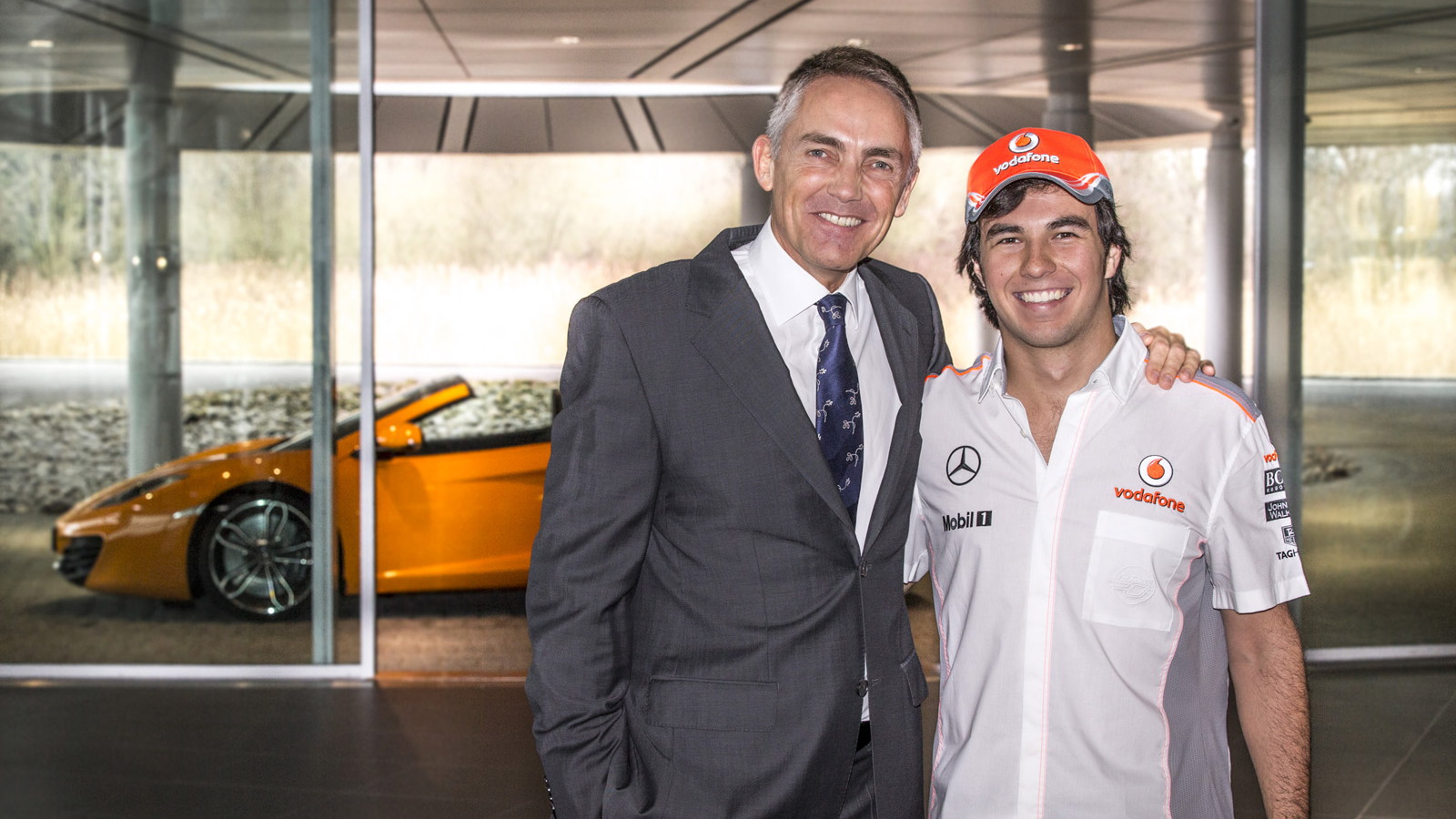 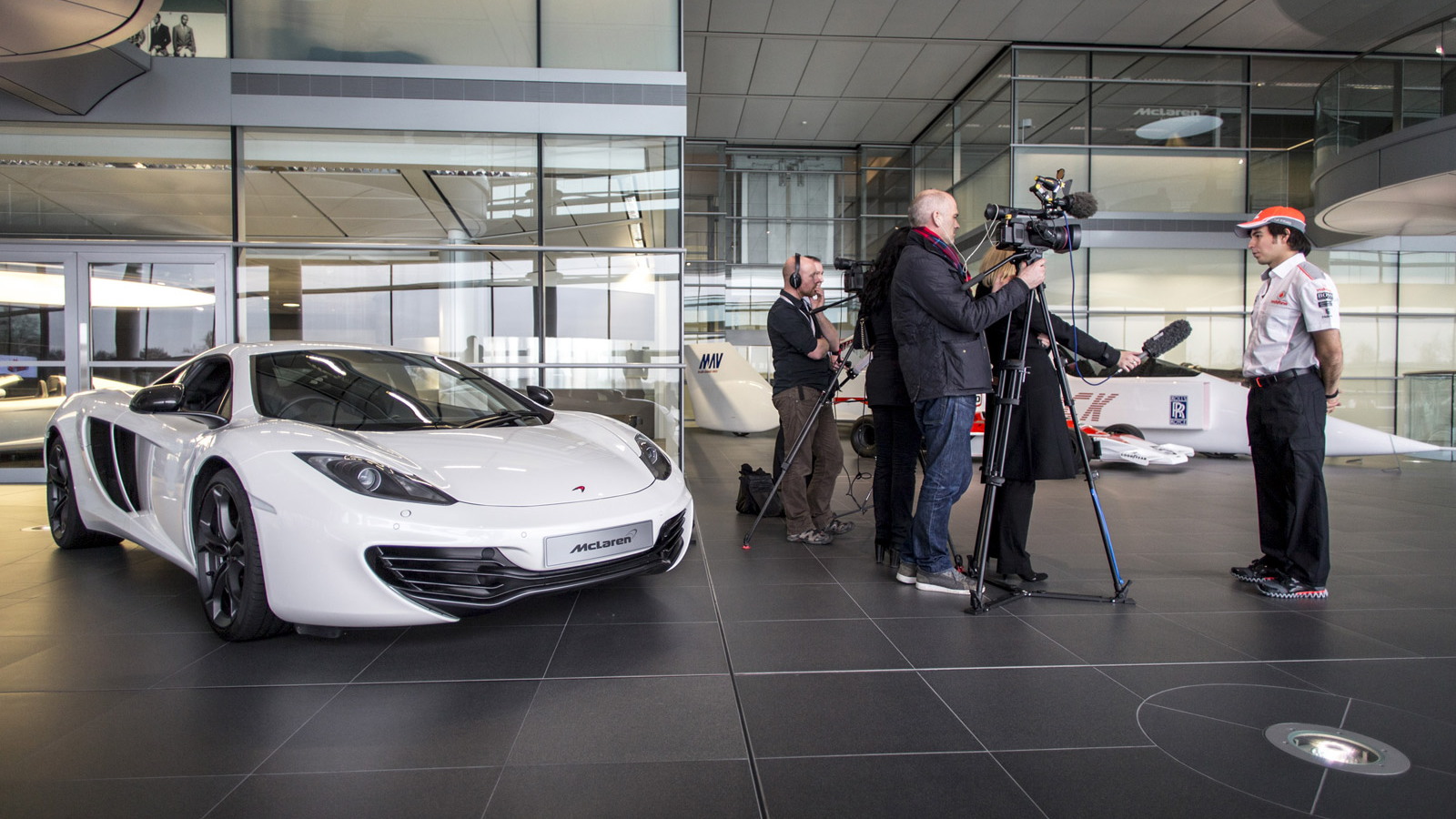 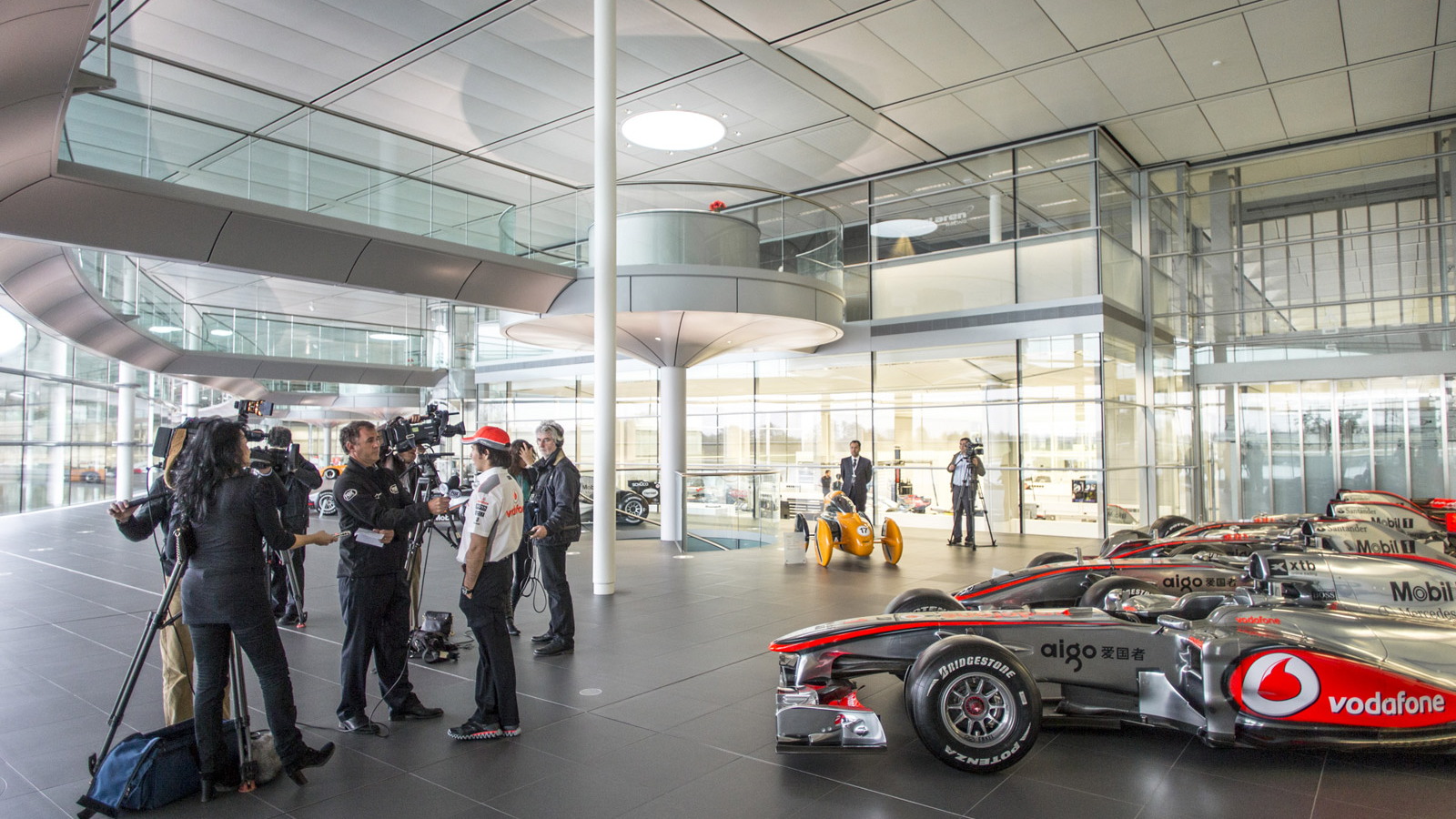 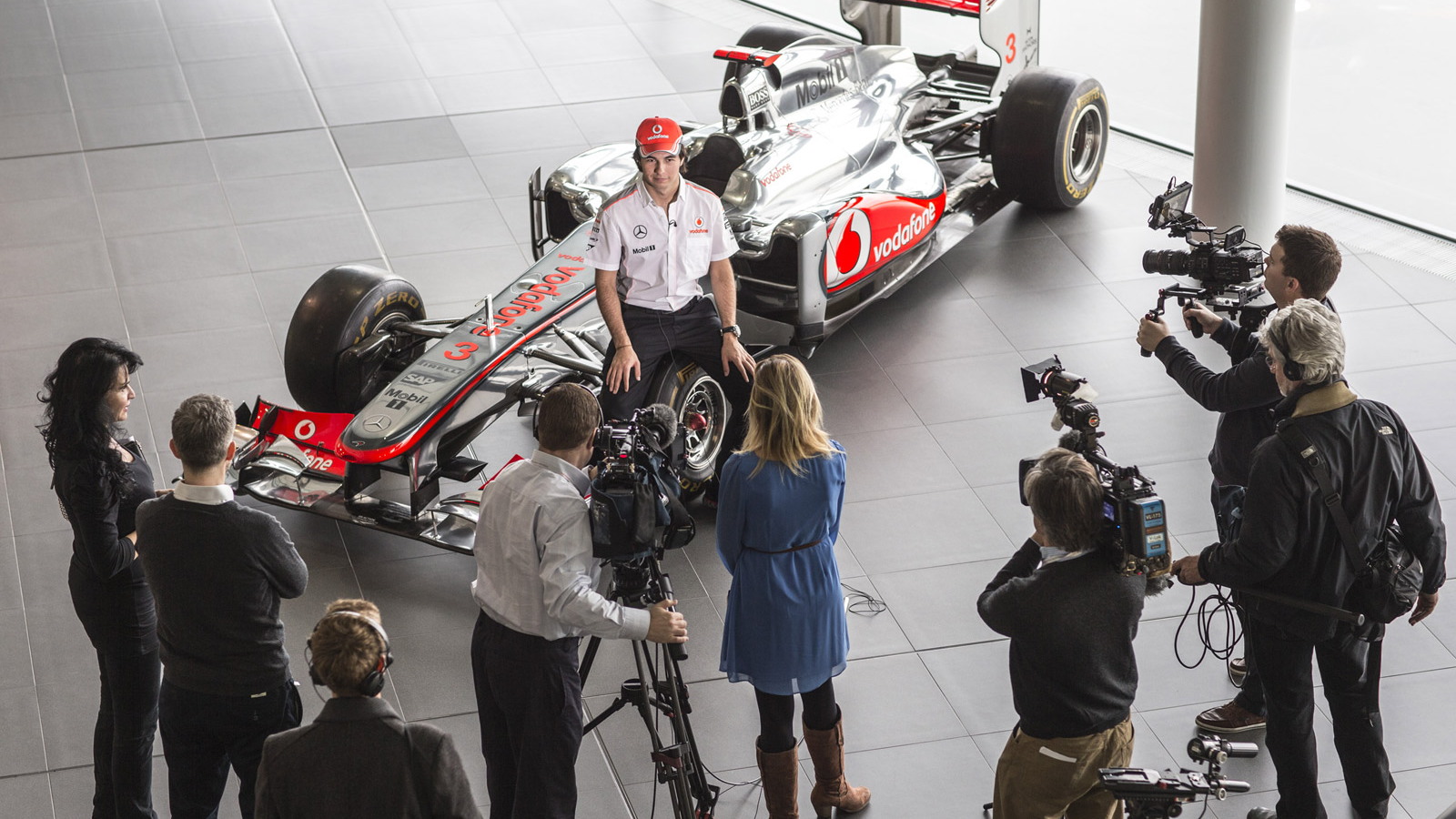 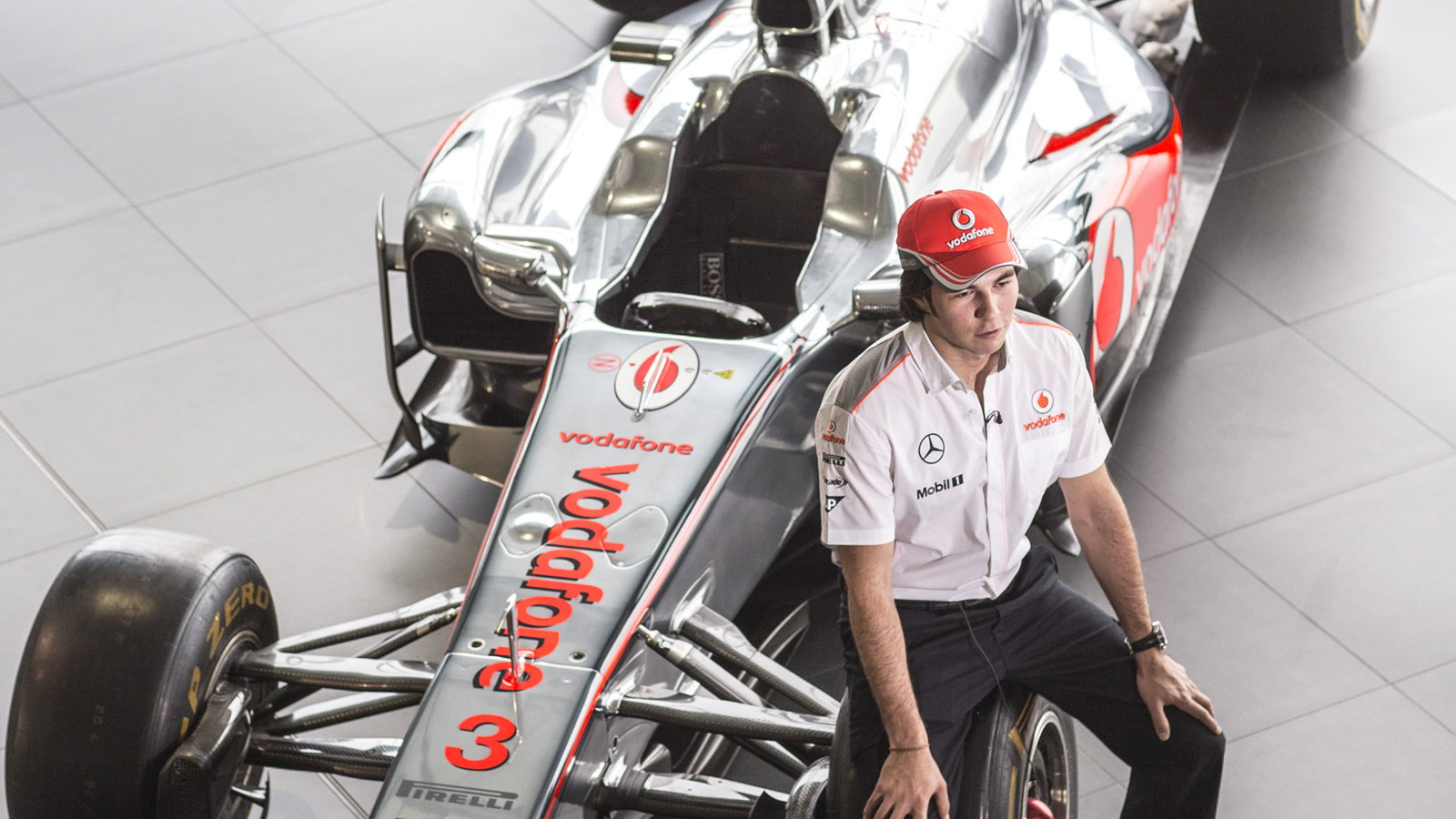 6
photos
In just a matter of weeks we'll be bringing you all the details on the new Formula One race cars of 2013, but also changing this season are the teams for a number of high-ranking drivers.

Probably the most significant shakeup is taking place at the teams McLaren and Mercedes-AMG.

Lewis Hamilton, who has been groomed for the world of motorsport by McLaren since the age of 13, is seeking a new challenge by racing for Mercedes-AMG in 2013.

In his former seat will be ex-Sauber driver Sergio Perez, the young Mexican affectionately known as Checo.

He recently visited McLaren’s headquarters in Woking, England, and was happy to appear in front of the camera for the latest episode of McLarenTV. McLaren plans to offer regular insights into the behind-the-scenes happenings at its F1 operations and new automotive business, so stay tuned for more McLarenTV episodes in the future.

Right now, this latest clip shows Perez arriving in Woking and meeting with McLaren team principal Martin Whitmarsh. We also see him check out the facilities and meet with the crew.

Perez was born in Guadalajara, Mexico, in 1990 and took to the wheel of a kart for the first time at the age of six. By the time he was nine he was already racing in shifter karts, and at 14 he moved up single-seater cars, competing in the Skip Barber National Championship with the backing of Mexican business magnate Carlos Slim’s Escuderia Telmex.

In 2005 he moved to Europe to compete in Formula BMW, spending four months living in a restaurant owned by his team boss. Then, at the age of 17, he relocated to Oxford for the beginning of a two-year campaign in British Formula 3. He won the National Class (for older chassis) in 2007 and finished fourth in the International Class in 2008, graduating to the Formula 1 feeder series GP2 via the GP2 Asia Series and winning upon his debut race in Bahrain.

In only his second year in GP2, he won races at Monaco, Silverstone, Hockenheim, Spa-Francorchamps and Abu Dhabi, ultimately finishing runner-up to Pastor Maldonado. Both drivers then graduated to F1, and in doing so Perez became the first Mexican to compete in the World Championship since Hector Rebaque in 1981.