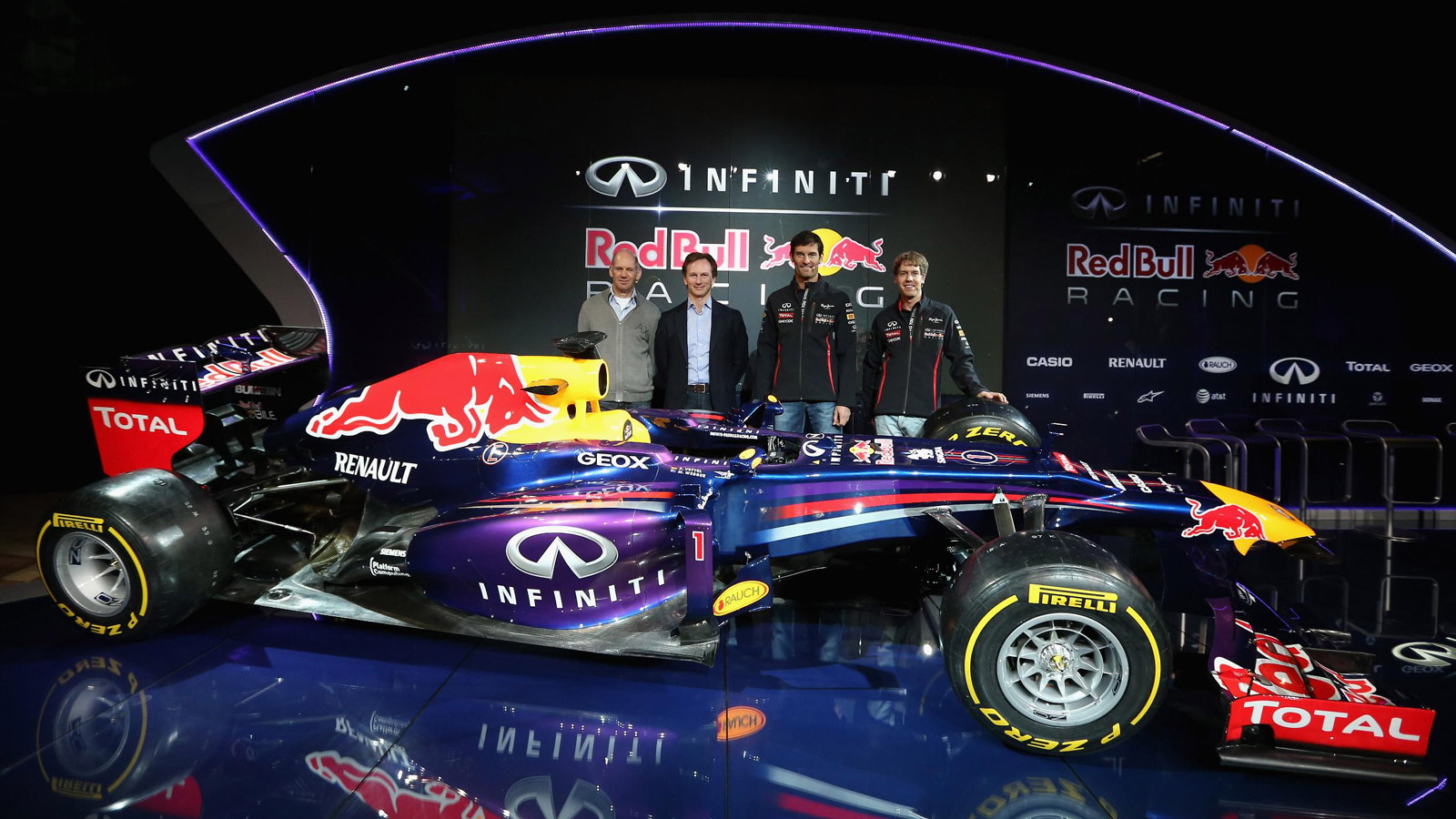 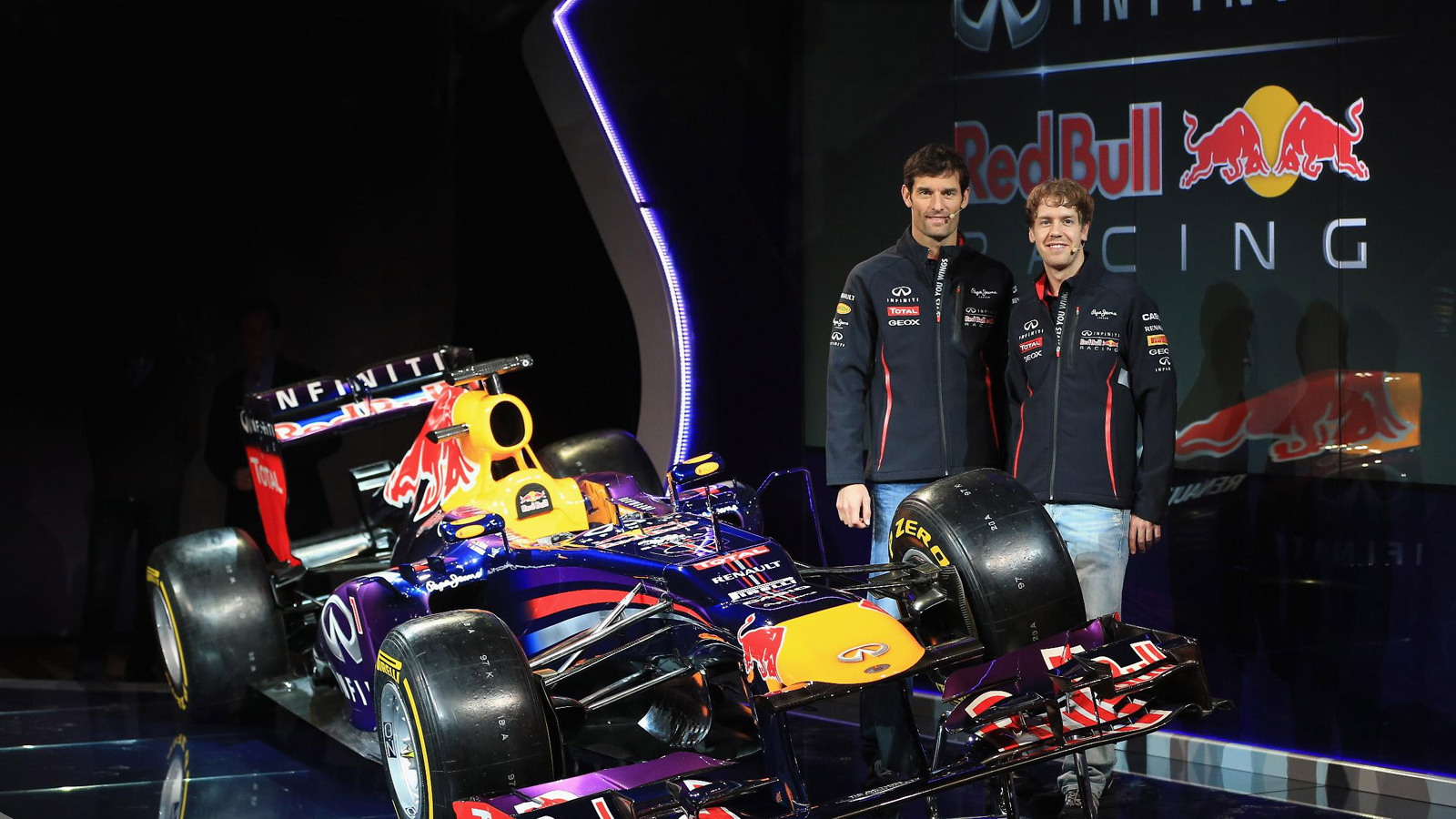 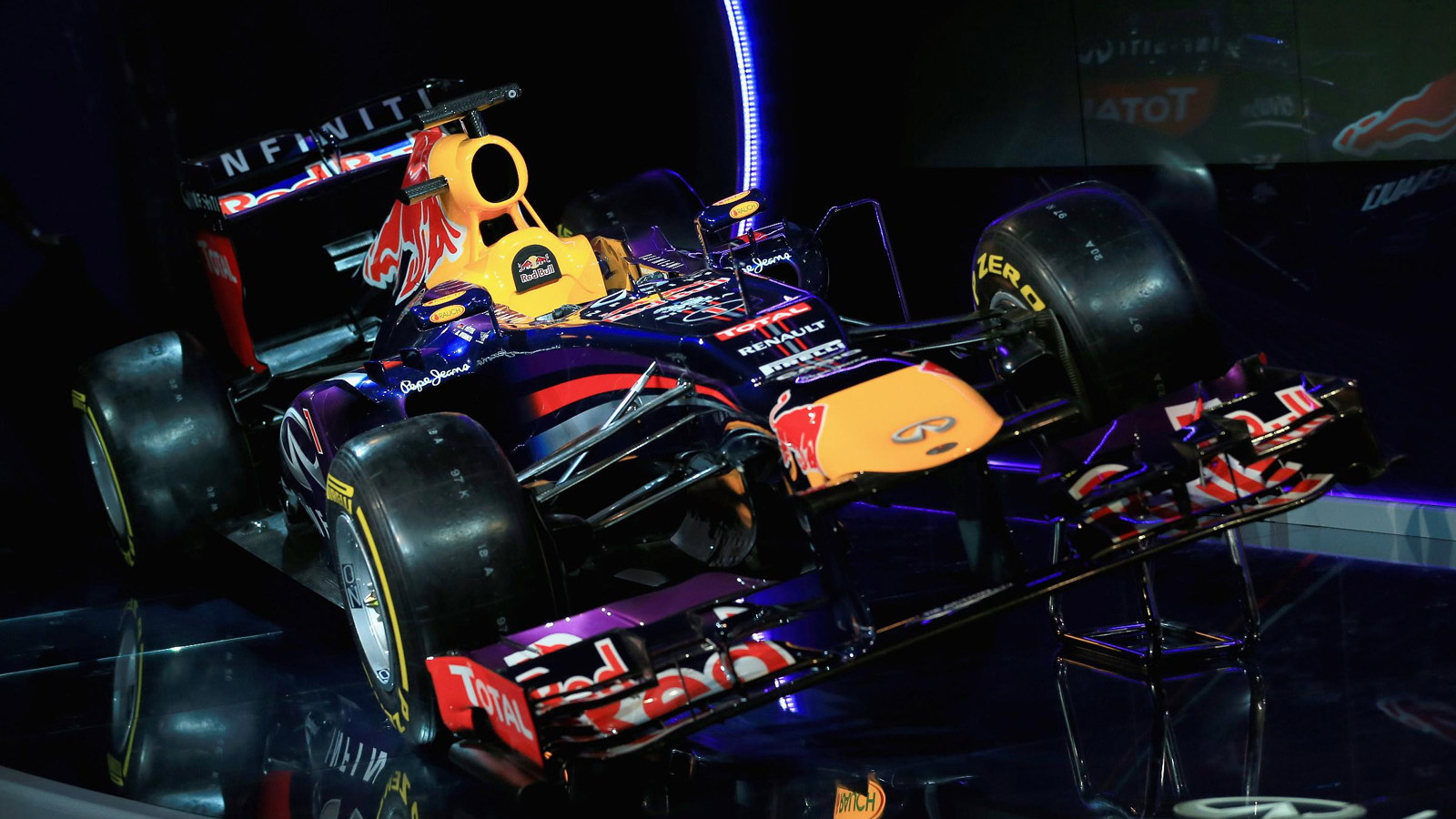 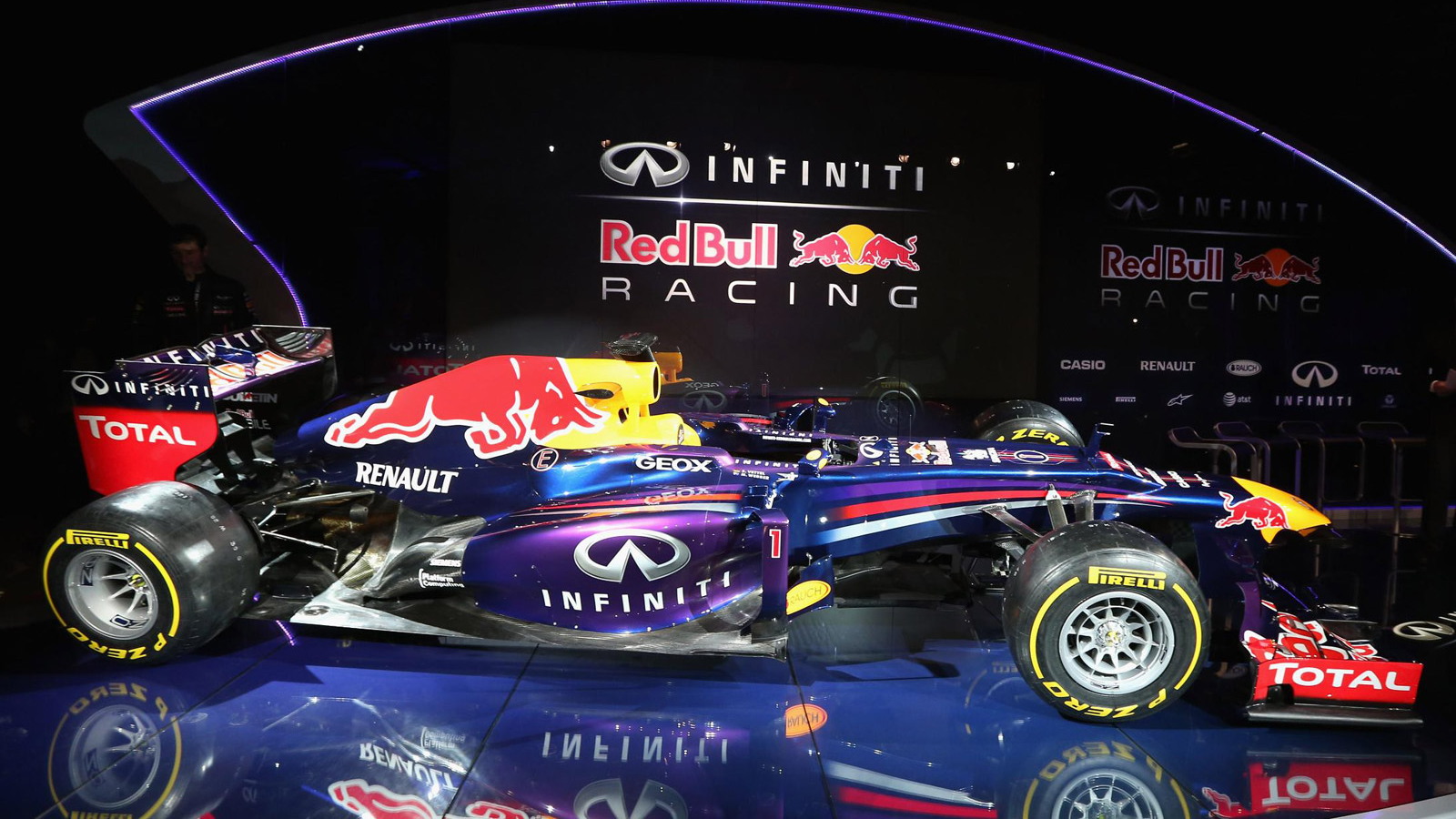 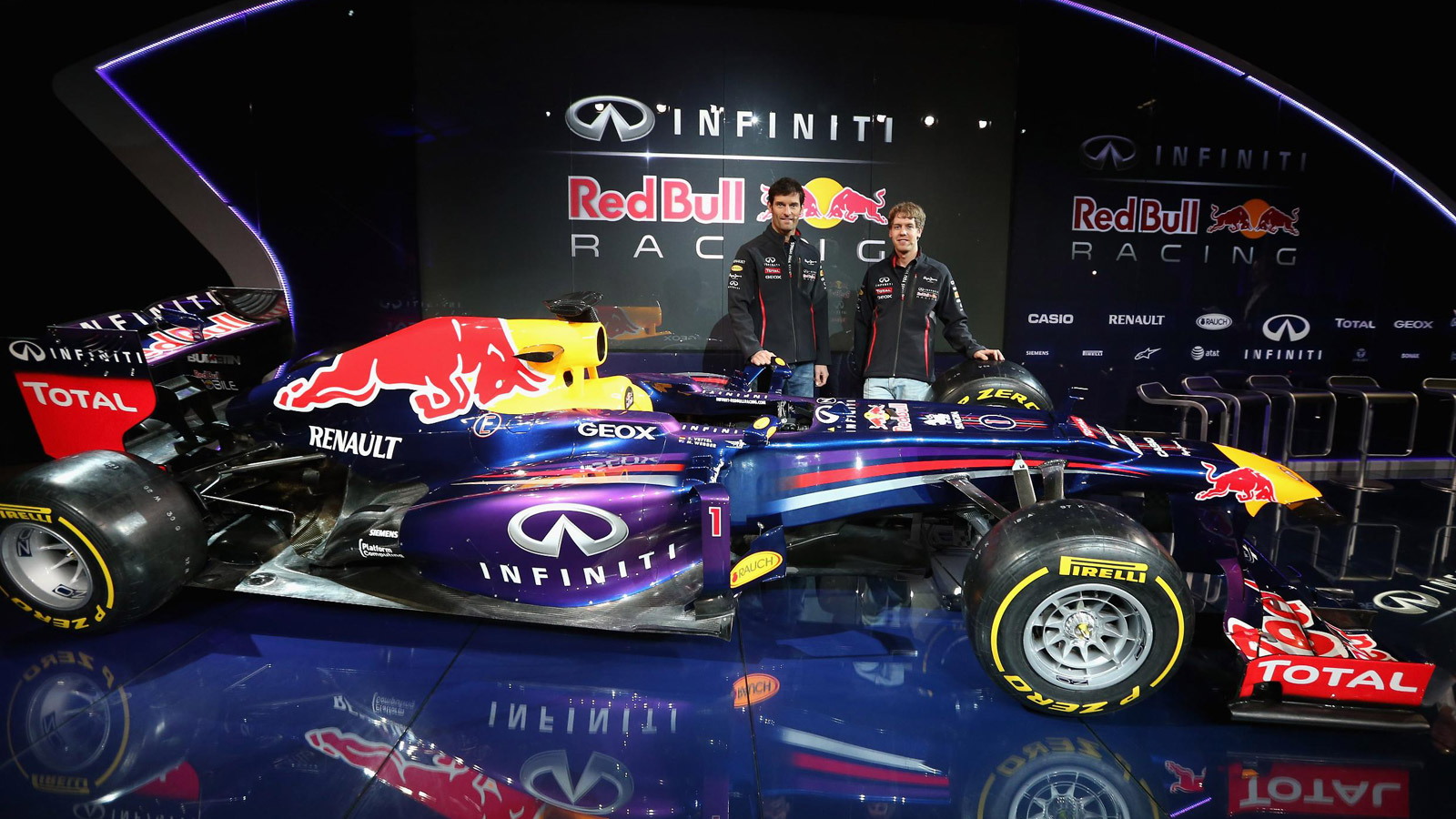 9
photos
At a special gala event held at Red Bull Racing’s headquarters in Milton Keynes, England, the team’s new race car for the 2013 FIA Formula One World Championship was unveiled.

On hand to pull the covers were the team’s drivers, Sebastian Vettel, now a triple world champion, and Mark Webber.

In RBR tradition, the new race car carries the RB9 designation and, as these photos reveal, the controversial stepped-nose design from last year’s car remains.

That shouldn’t come as much of a surprise considering the similarities between the regulations this year, and the last.

“RB9 is an evolutionary car,” technical boss Adrian Newey said at the unveiling. “Probably the most significant change is not the regulations, but the new tires.”

There is one other major change, however, and that is the new livery, which now features a giant Infiniti logo plastered down the side. Infiniti is stepping up its partnership with Red Bull Racing, having already agreed to a four-year deal as title partner, and now announcing that it will be the exclusive ‘vehicle performance partner’ for the team.

That powerplant is a naturally-aspirated 2.4-liter V-8 engine complete with a Kinetic Energy Recovery System (KERS).

The new RB9 has a lot to live up to. After all, this is the car Red Bull Racing will defend its Drivers' and Constructors' titles, and the effort that has gone into making it reflects that. The video above is a fun take on the hard work done by the men and women at Red Bull Racing, showing every step of the RB9’s development, from the initial designs to the wind tunnel tests to the crafting of each individual component.

The team now departs for Spain, with testing of the RB9 due to commence on Tuesday. Webber will give the car its track debut, driving on Tuesday and Wednesday, with Vettel taking over for the final two days, on Thursday and Friday.