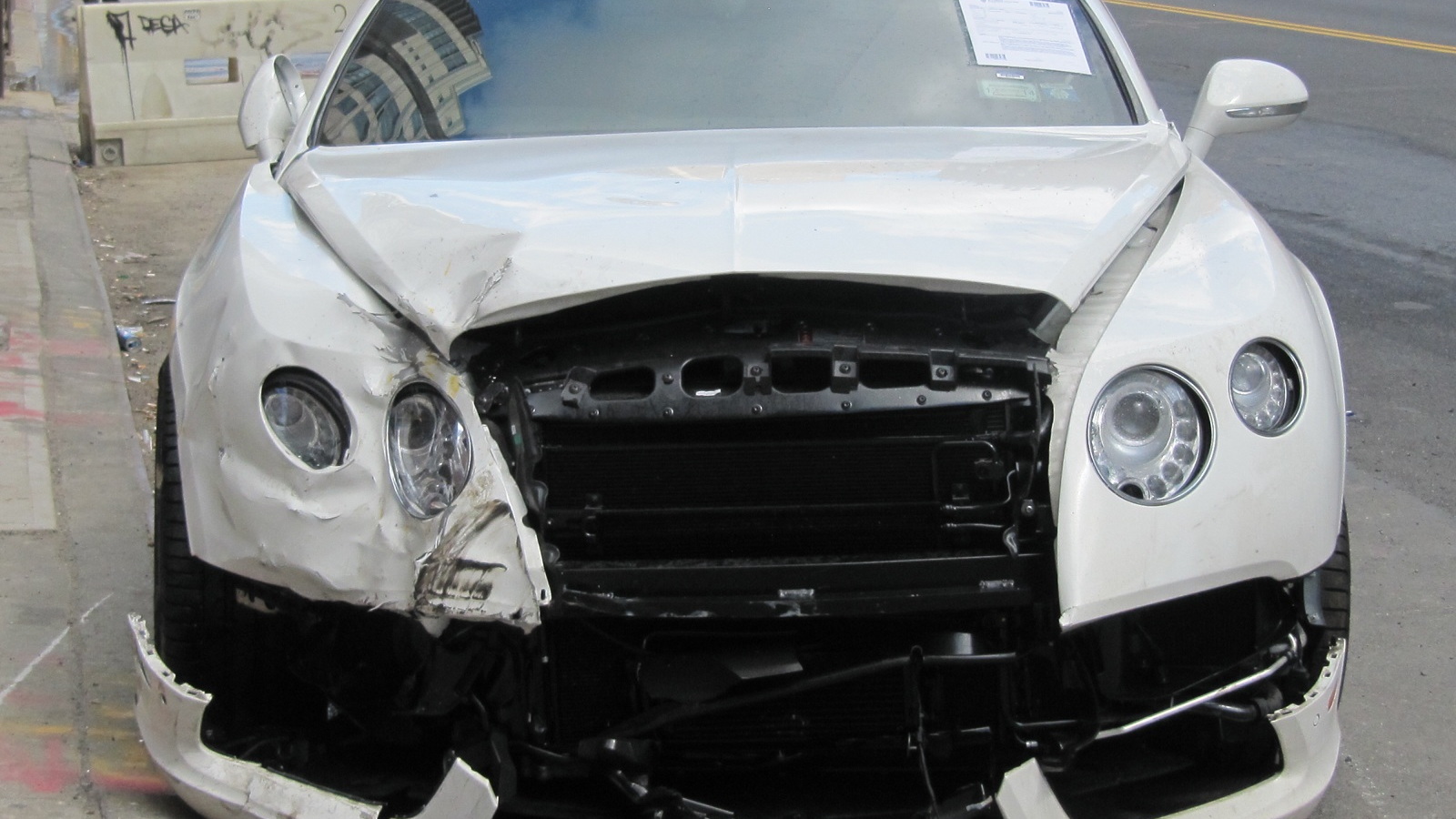 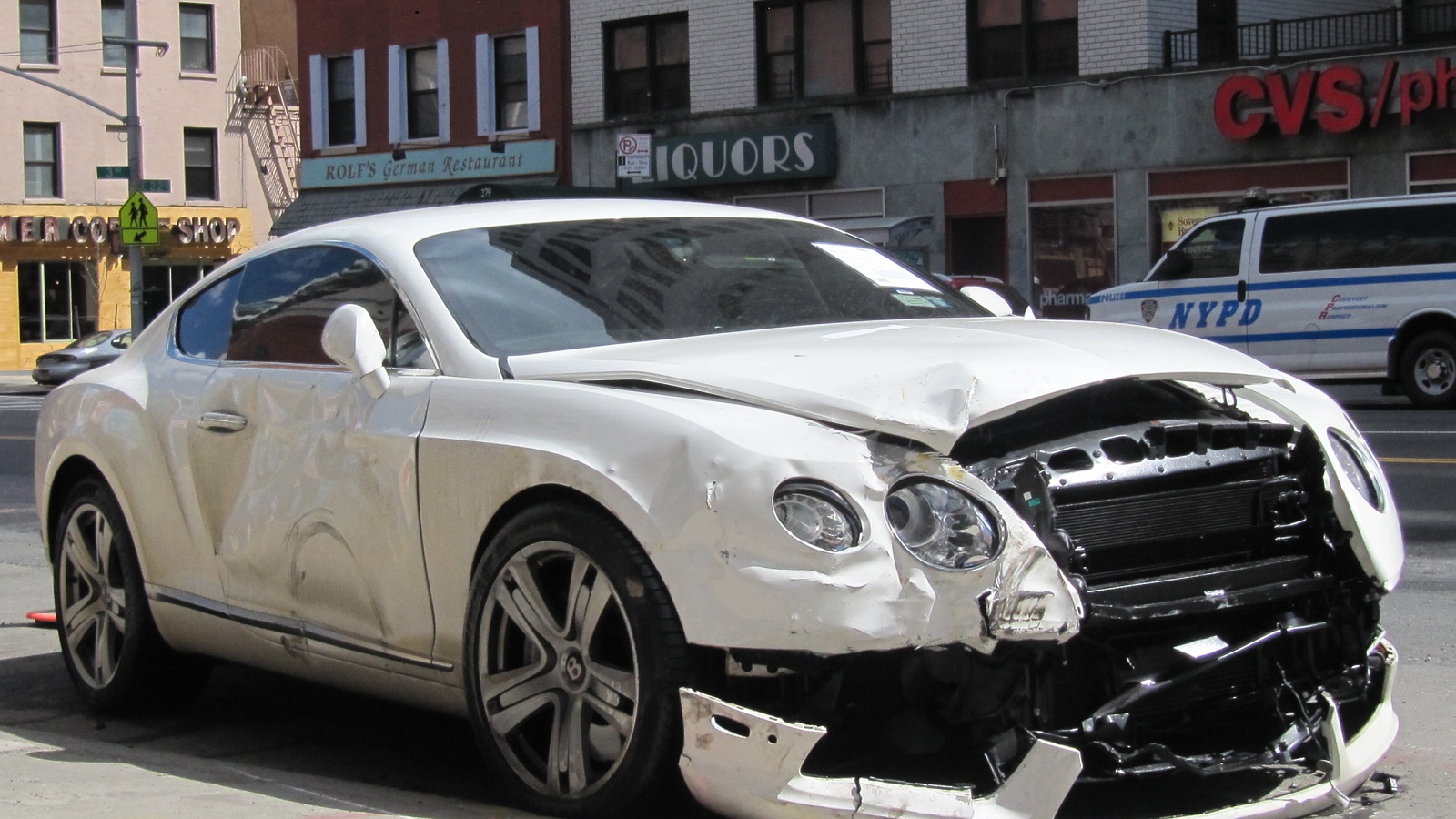 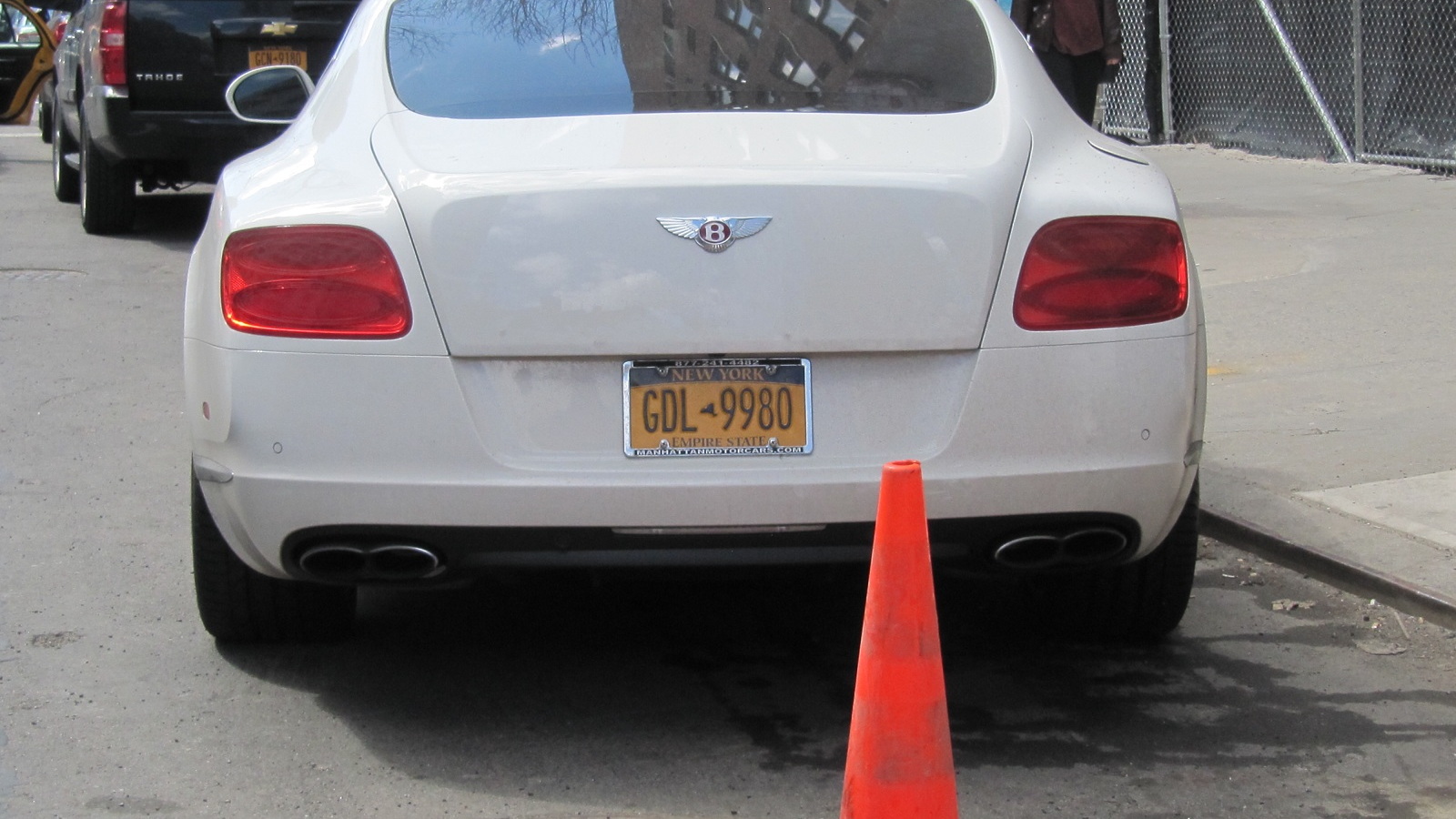 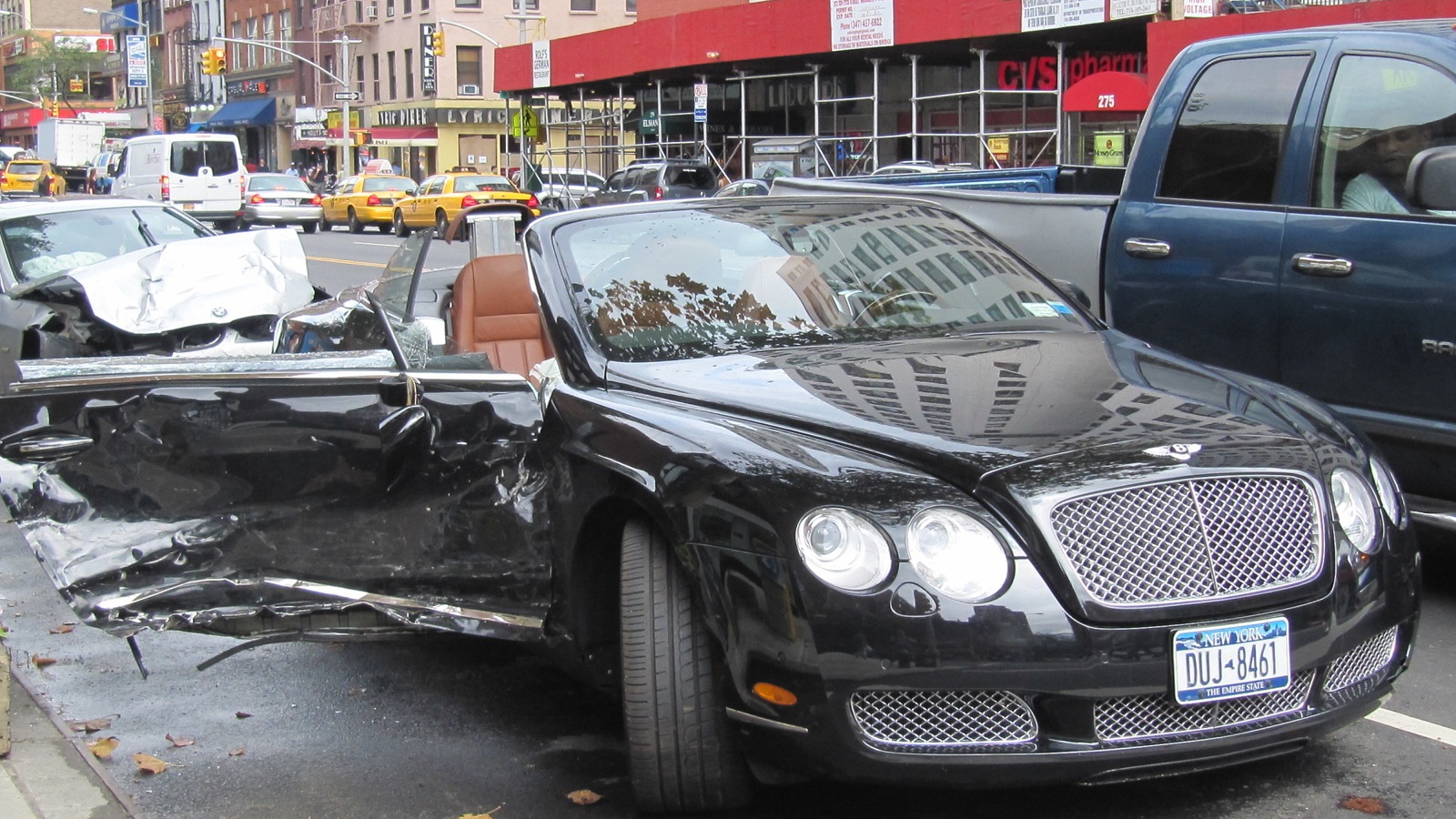 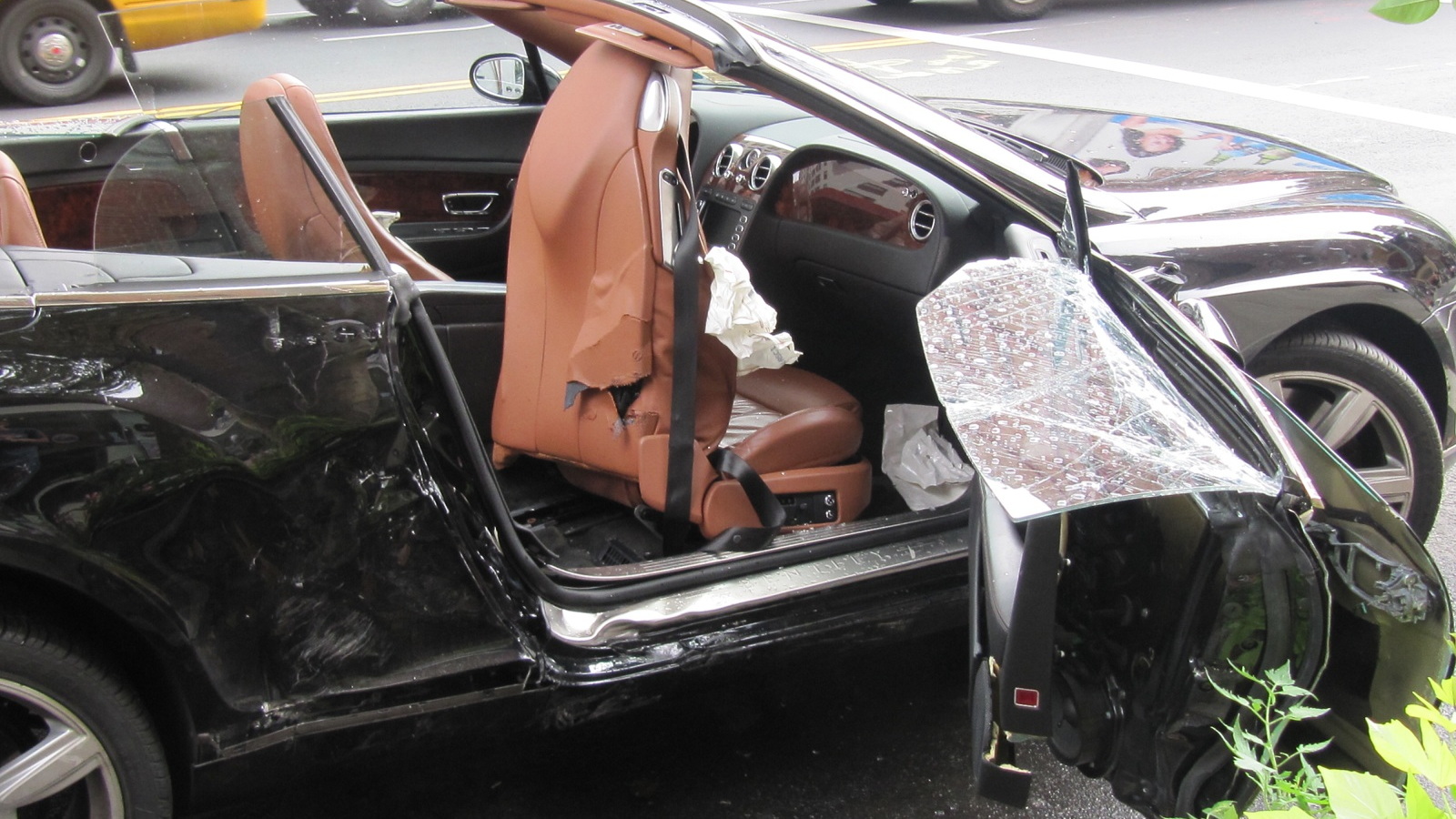 Yes, a wrecked, all-but-brand-new 2013 Bentley Continental GT just showed up at the side of the street in Manhattan last night.

Courtesy of an NYPD report taped to the windshield, however, we know a few more details on this one than we did on the wrecked Continental GTC convertible we pictured in January (see below).

The Bentley GT luxury sport coupe was involved in a hit-and-run accident a few avenues away on Fifth Avenue on Friday evening. It was later found parked and locked on a nearby side street.

The Bentley's front license plate had been torn off in the crash, and it was collected by the officers at the accident scene and vouchered as evidence.

The other motorist in the accident, the one who was hit, was taken to a local hospital.

We would observe that the heavy tinting on the Bentley's passenger windows is almost surely too dark to be legal for a New York-registered car.

We'll see how long this one stays at the side of the street.

Car crashes happen all the time in New York City, even though the city has a blanket 30-mph speed limit (unless posted otherwise).

But the triple threats of excess speed, red-light running, and driver distraction remain as potent as ever.

Which is how all these wrecked cars came to be parked at the curb in just two blocks of Manhattan during a four-month period.

The Bentley Continental GTC, for instance, was about a $200,000 car before it was T-boned by a BMW 3-Series.

We note with amusement that while wrecked cars often stay at the curb for up to two or three weeks before they're hauled away, the Bentley was gone the very next day.

We'd say the BMW got the worst of that one, though the condition of the Bentley's passenger seat is a little worrisome.

In the case of the old Nissan Pathfinder that hit the Ford Crown Victoria taxi cab, both cars were obviously totaled.

And we suspect the Honda Accord Coupe was probably a writeoff too.

But that's the car that leaves us with the most questions, since it obviously hit something.

But what that was, we don't know. There was no corresponding wreck at the curb, just a smattering of broken glass on the street.

In any case, let this be your reminder: Drive carefully out there.

Put your devices away, obey the speed limit, and DON'T try to run red lights.