Despite only a very small percentage of people actually being able to afford it, the Rolls-Royce Dawn turned out to be one of the surprise stars of the 2015 Frankfurt Auto Show where scores of fans lined up to take photos with it. The luxurious convertible doesn’t start deliveries until April but given its popularity it’s a safe bet there’s already a long waiting list for it.

One buyer was able to make his way to the front of the queue, however, and in the process also help a charity. That buyer was Californian collector  Julian Movsesian whose winning bid of $750,000 during a charity auction at the recent Naples Winter Wine Festival was enough to secure the first example of the Dawn in North America.

Rolls-Royce offered up the car to help raise funds for the Naples Children & Education Foundation. 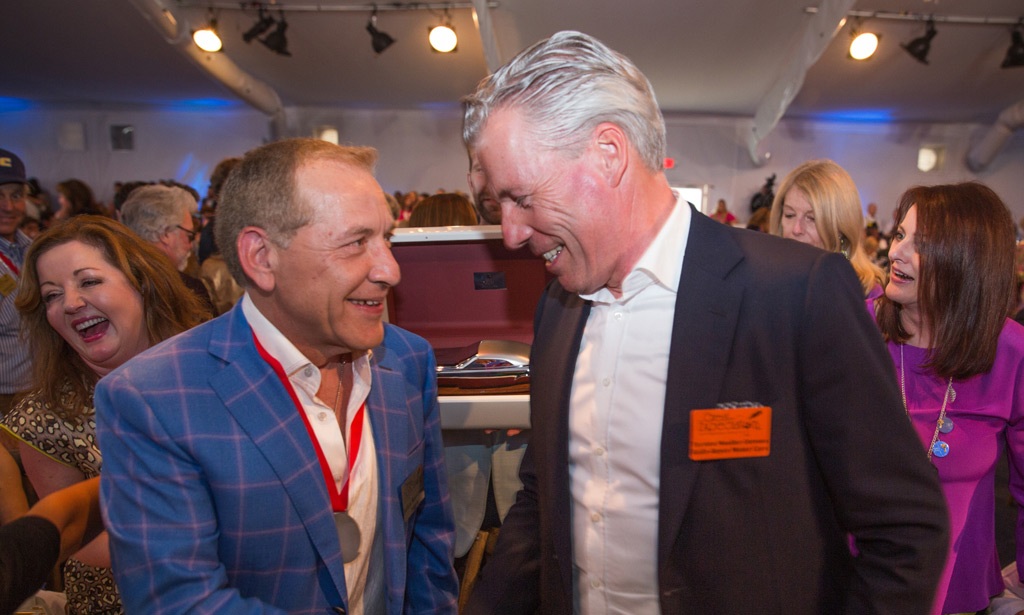 The first Dawn is a unique version with a long list of options that would see it retail for approximately $400k. Full pricing for the Dawn is yet to be announced but Rolls-Royce says the standard car will start at roughly $335k.

CHECK OUT: Ferrari’s Updated FF Is The GTC4 Lusso

Specific design details of the first Dawn include an Arctic White exterior finish with a Deep Red roof. A similar theme continues in the cabin where you’ll also find Santos Palisander Canadel Paneling—a handcrafted finish of open pore Indian Rosewood—lining much of the dash, doors and rear deck. There are also custom door sills highlighting the vehicle’s provenance. They read: “Build No.1 for Dawn in North America”.

No change has been made to the powertrain. It’s a twin-turbocharged 6.6-liter V-12 that delivers 563 horsepower and 575 pound-feet of torque. Drive is to the rear wheels only, via an eight-speed automatic transmission. Here, Rolls-Royce has installed its Satellite Aided Transmission technology which utilizes GPS data to read the road ahead and prepare gear shifts accordingly. Rolls-Royce says Dawn customers can expect 0-60 mph acceleration in under 5.0 seconds and a top speed electronically limited to 155 mph.