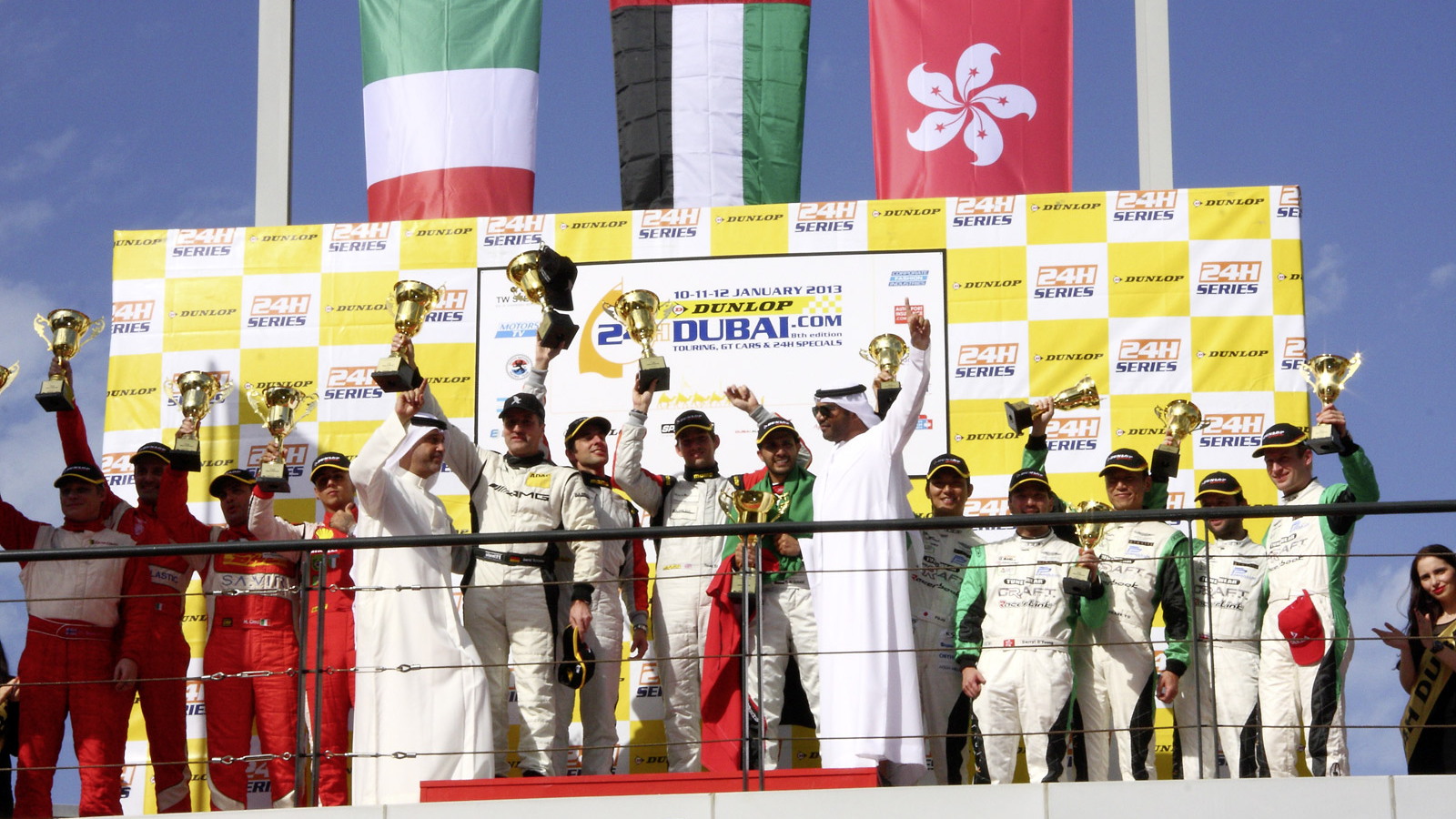 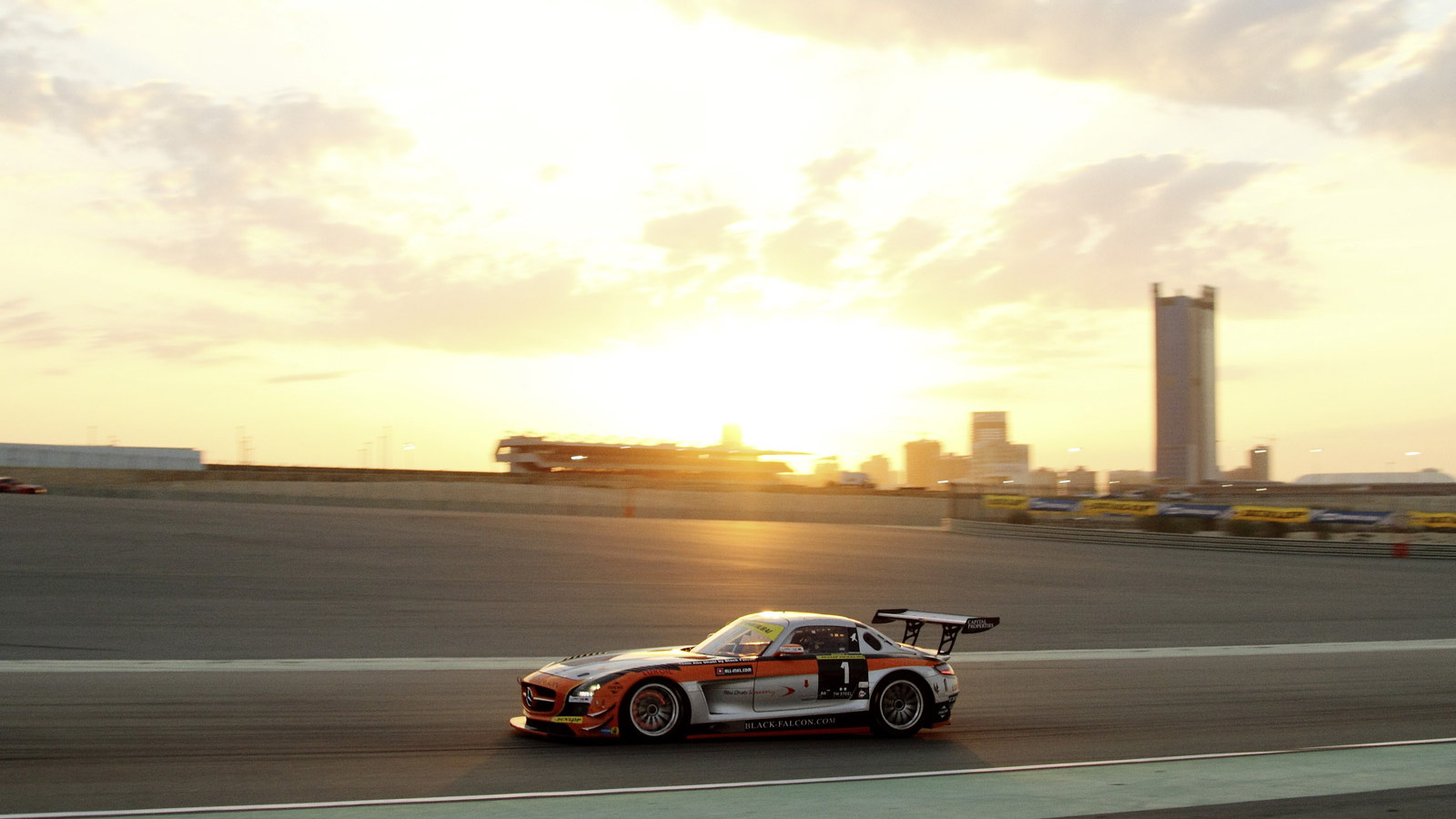 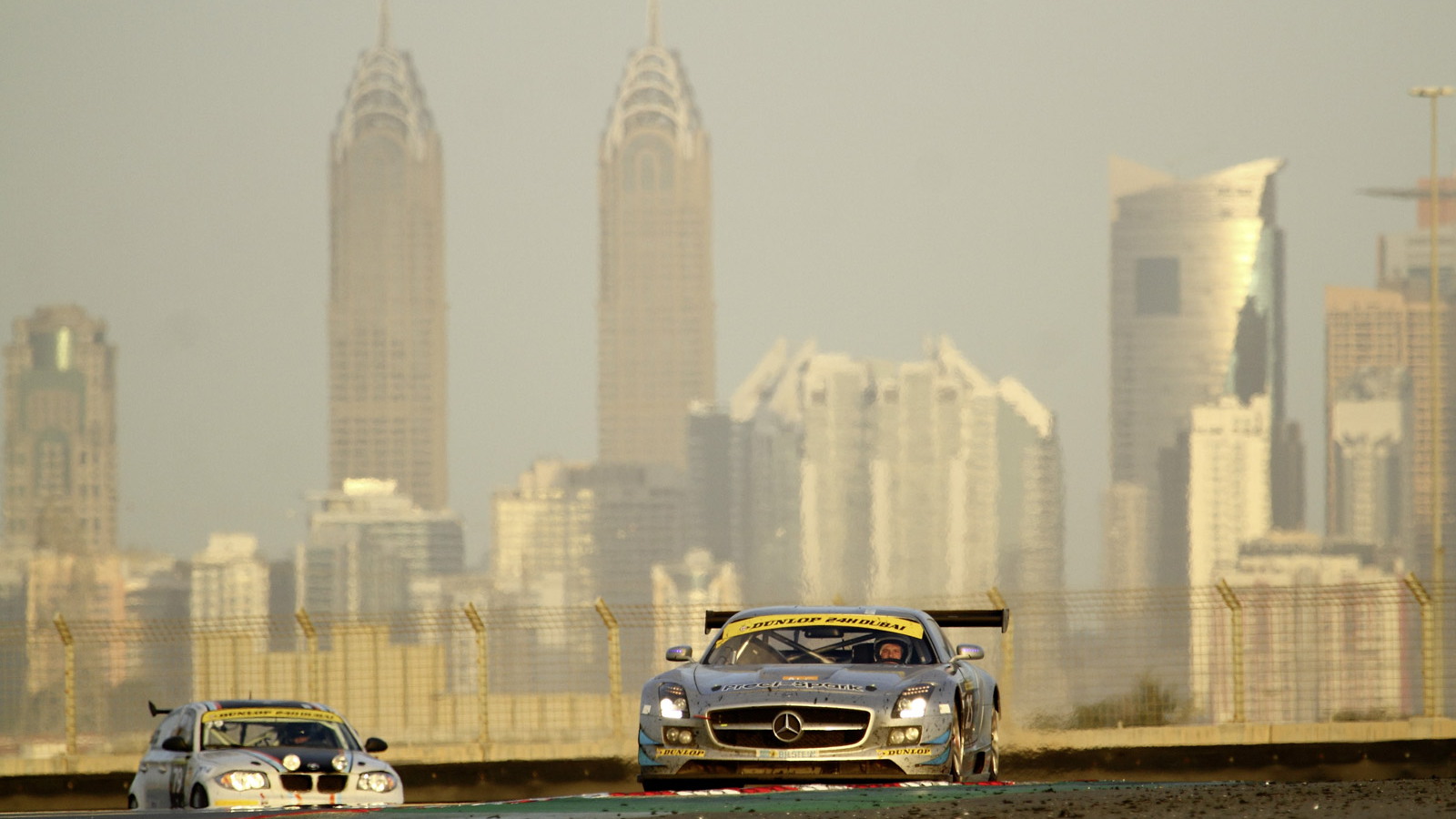 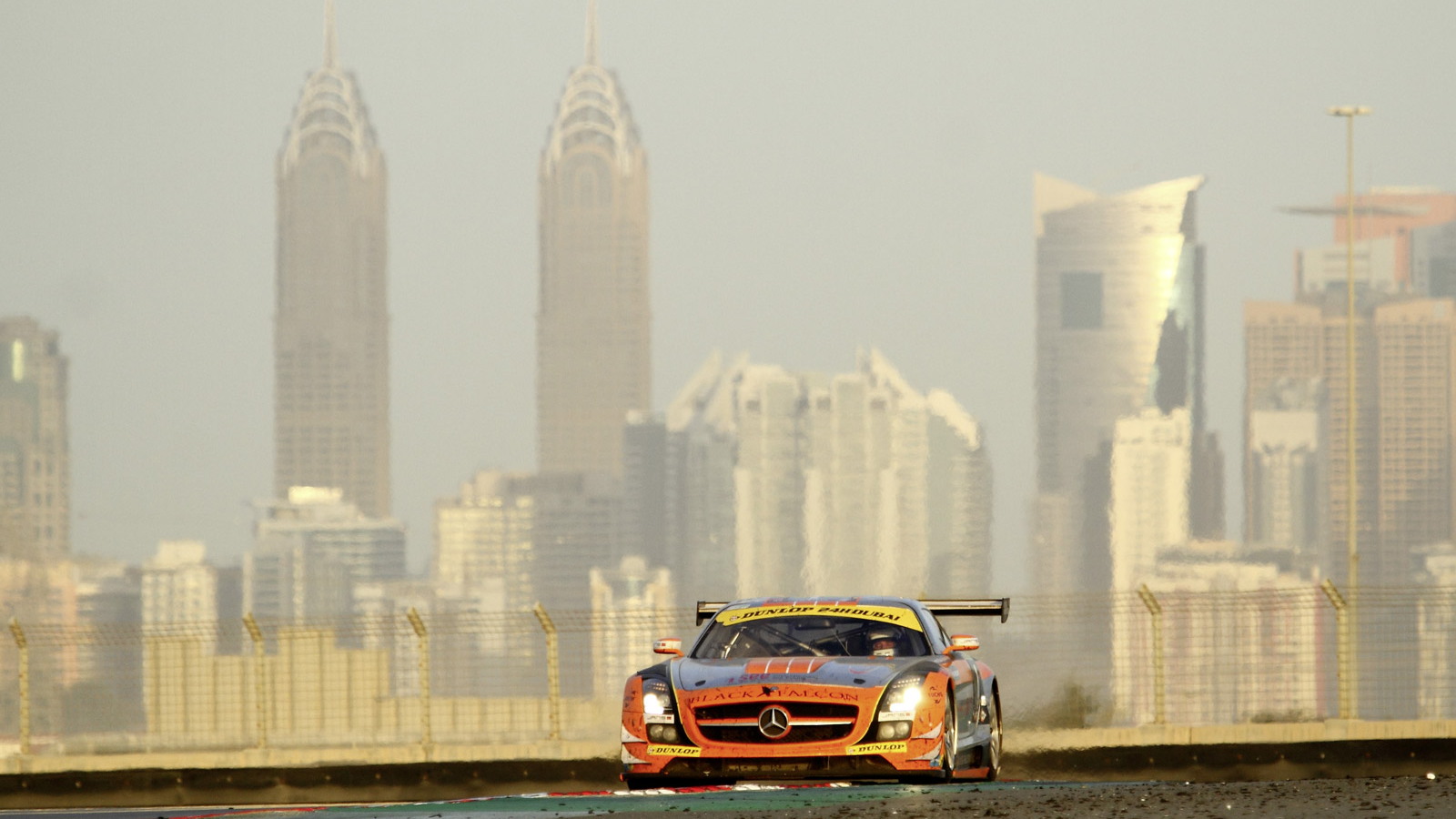 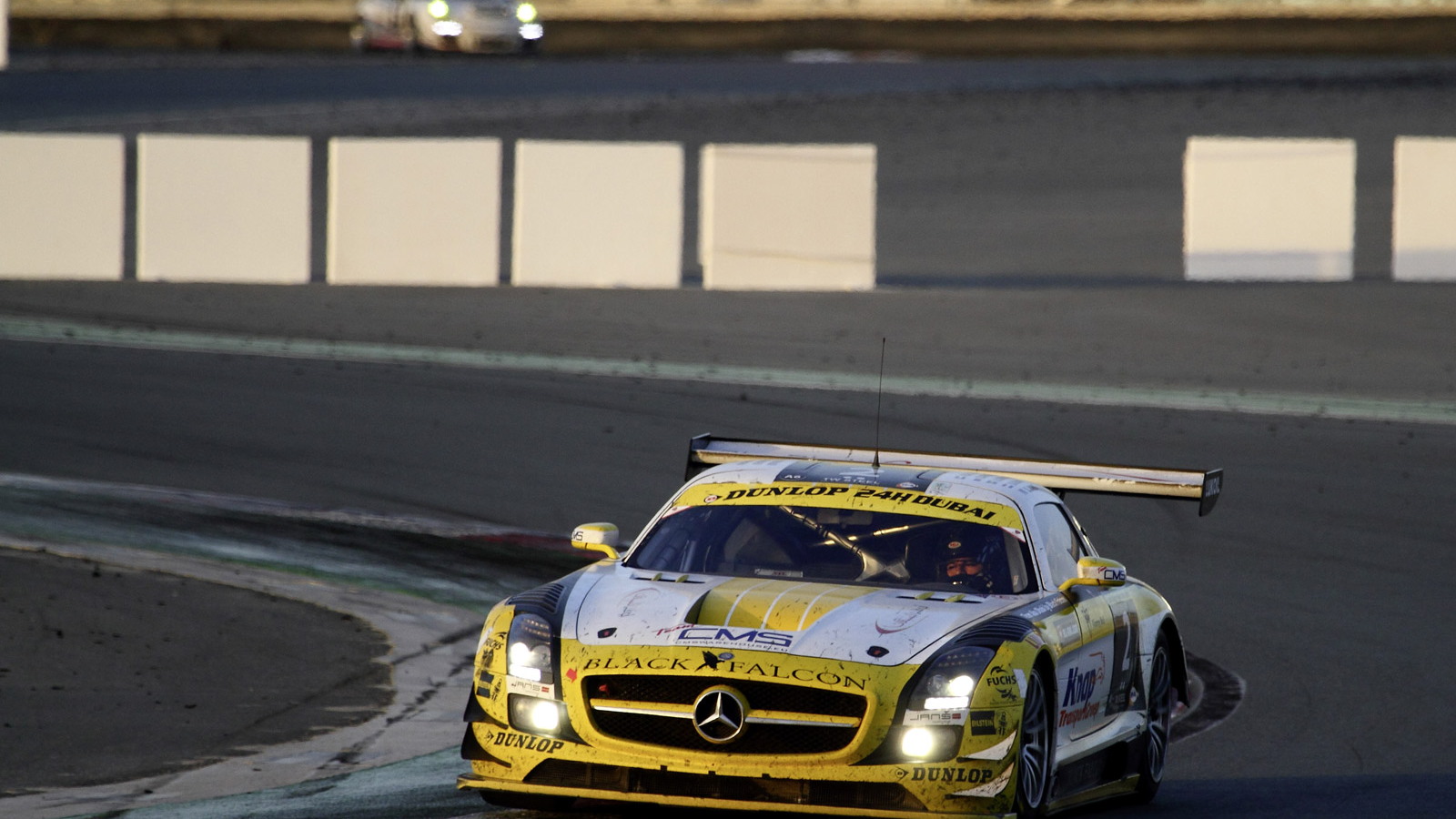 9
photos
For the second year in a row, a team fielding the Mercedes-Benz SLS AMG GT3 race car has taken overall victory at the grueling Dubai 24 Hours endurance race.

Additionally, the winner this year was also the overall winner at last year’s event.

That winner was the team Abu Dhabi by Black Falcon, whose gullwing with race number 1 was piloted to victory by Khaled Al Qubaisi, Bernd Schneider, Jeroen Bleekemolen and Sean Edwards during this past weekend's race.

The quartet started the race from pole position and eventually won two laps ahead of the rest of the field.

The Dubai 24 Hours once again proved successful for teams running the SLS AMG GT3 race car, with three out of the four cars entered finishing in the top ten positions.

As with any endurance event, much drama ensued. During the run-up to the race, for example, Abu Dhabi by Black Falcon’s number 1 car was damaged during testing and couldn’t be repaired in time for the start of the race.

The team decided to purchase the substitute car of another team running the SLS AMG GT3, Britain’s Preci-Spark, and worked for two entire nights in succession in order to prepare the car for the free training sessions and the qualifying on Thursday, prior to Saturday's start. Without a roll-out prior to the end of the qualifying, Bleekemolen achieved the fastest training time already in the third lap.

One of the highlights of this year’s race was the inclusion of the four separate Nissan GT Academy winners from Belgium, Germany, Russia and America’s own Steve Doherty.

The 370Z Nismo GT4 with racing number 127, piloted by Belgium’s Wolfgang Reip and Russia’s Mark Shulzhitskiy, along with Ordoñez and Rusinov, finished second in the SP3 class and thus made the podium. Ordoñez gave them the best possible start by qualifying the car on pole position in the SP3 class and then starting the race.

The second car, with racing number 147, was piloted by Doherty along with German Peter Pyzera, Schmitz and Buncombe. After a successful start, Schmitz ran off the track as night fell and damaged the rear section of the car.

After some hasty repairs, the car was back in the race and finally crossed the line ninth in class with Doherty at the wheel.

Below are the top ten overall winners from the 2013 Dubai 24 Hours: