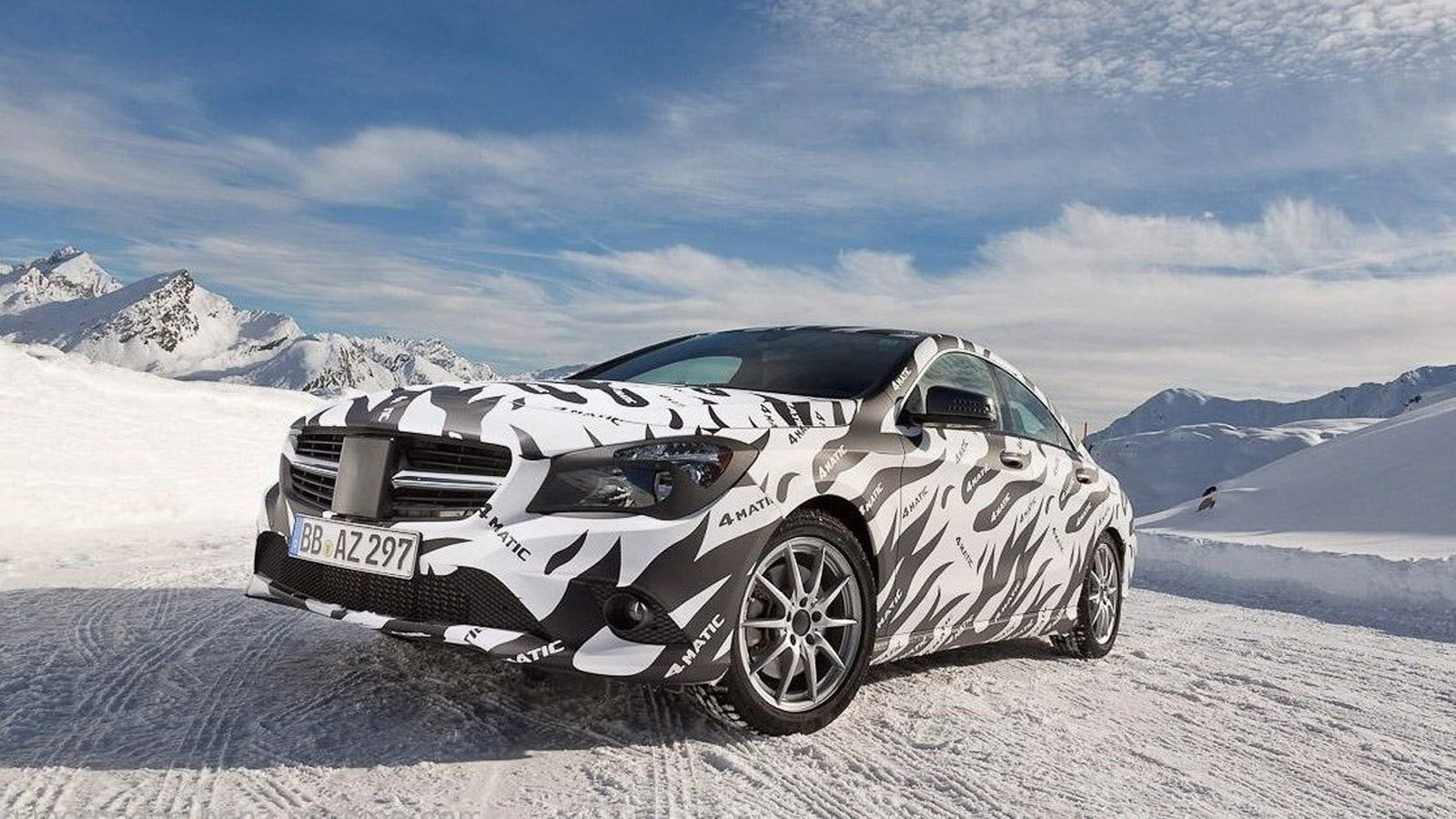 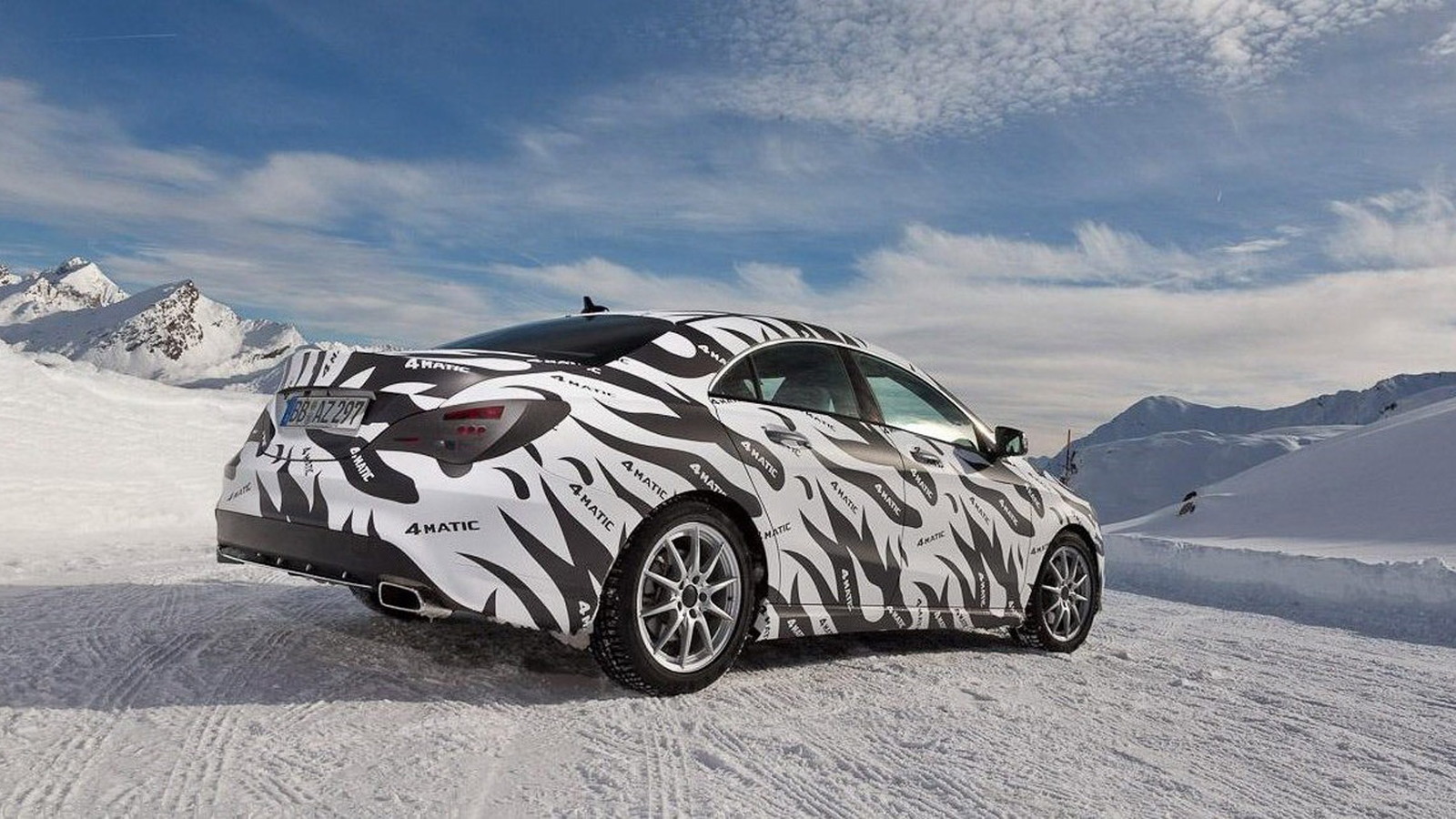 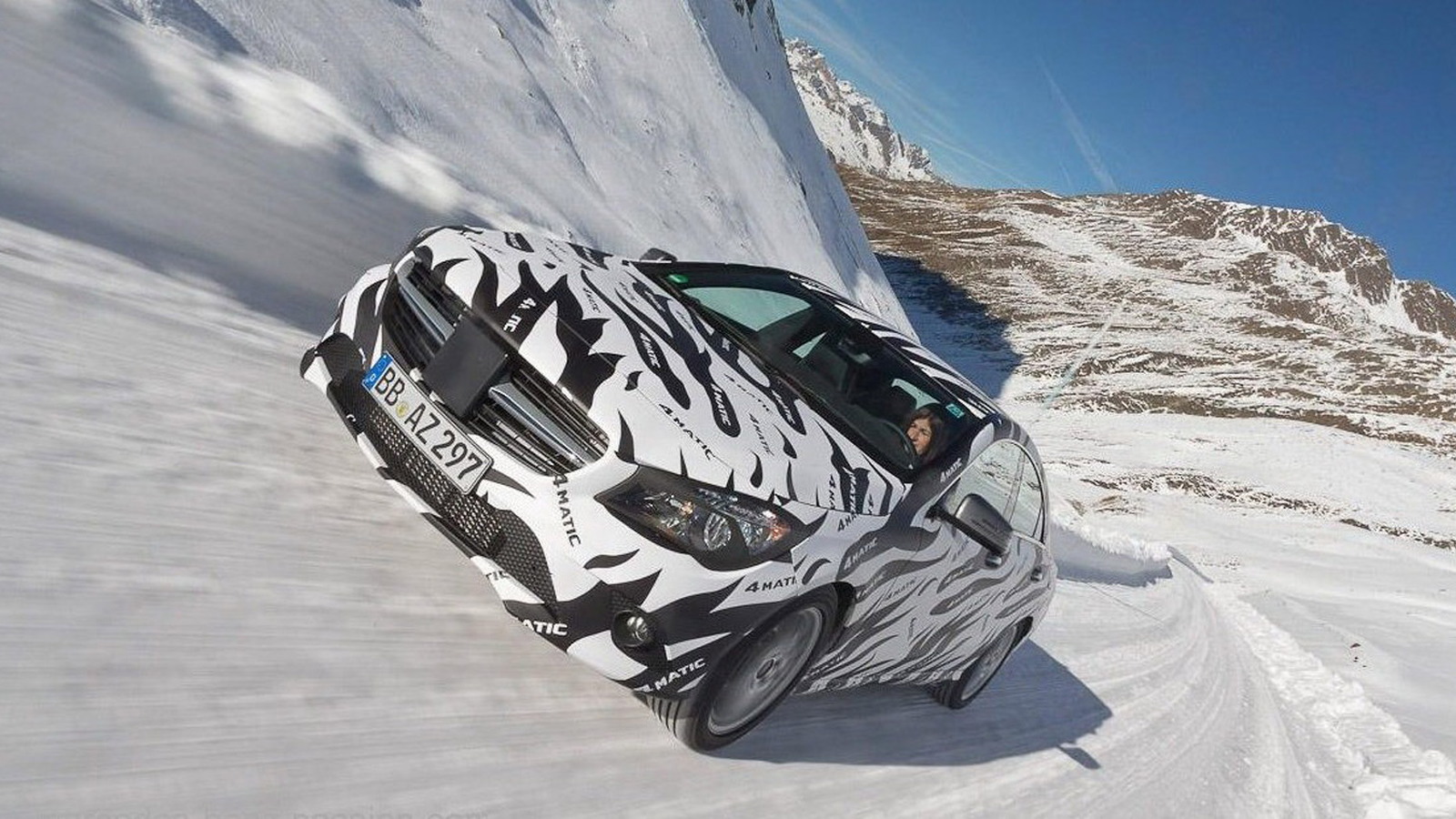 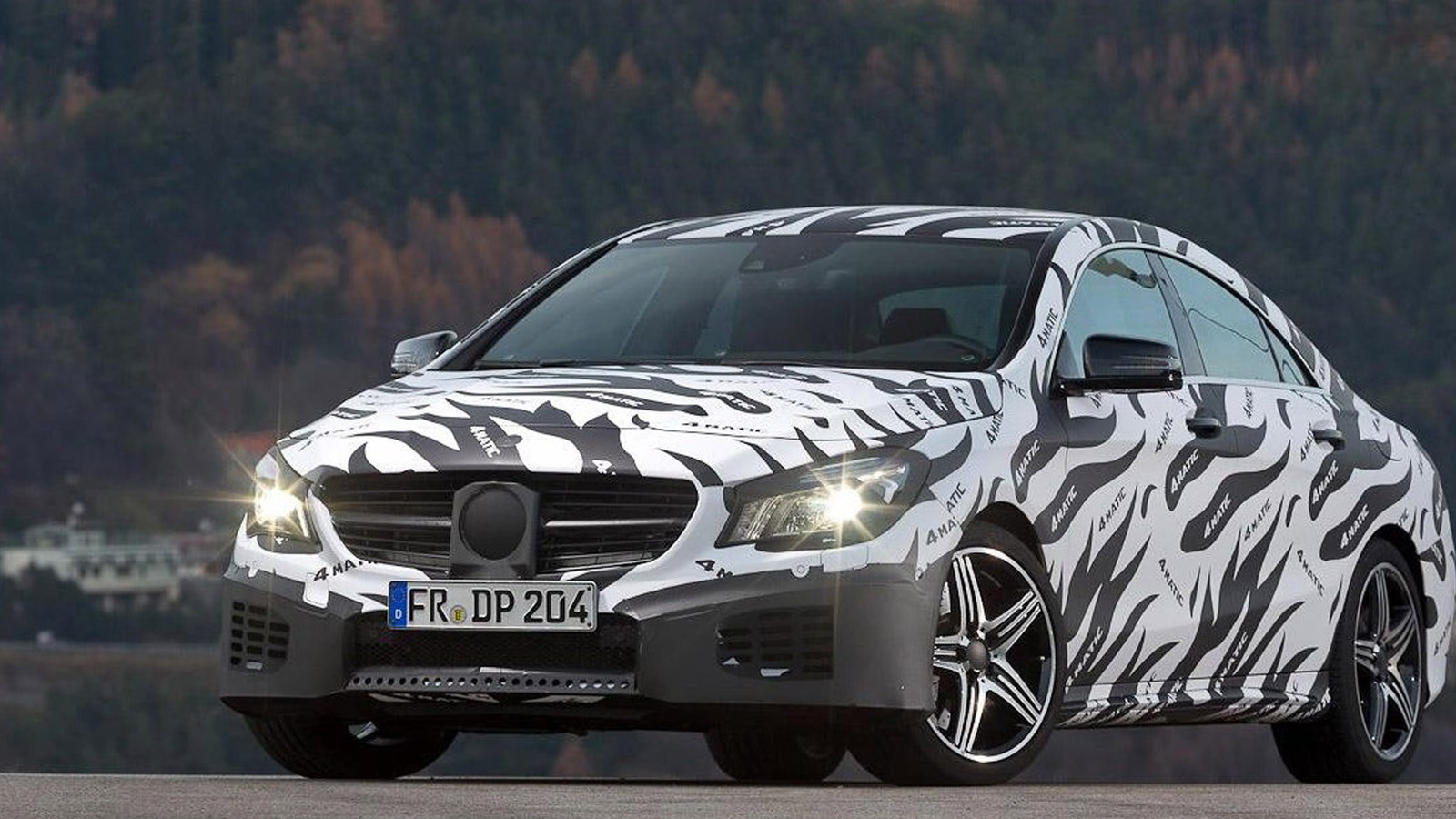 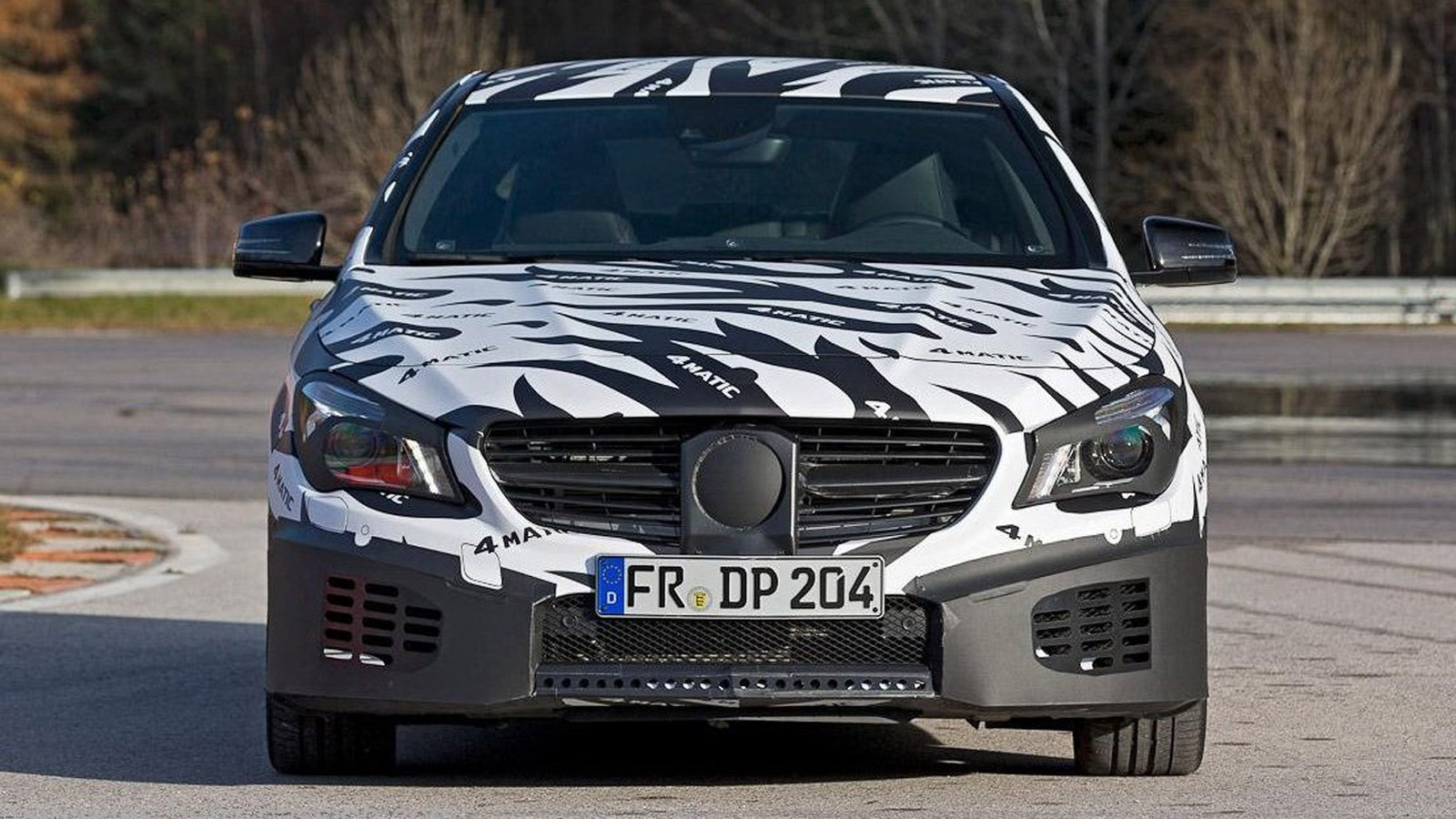 5
photos
The 2014 Mercedes-Benz CLA Class will be making its debut in January, and, just like the A Class on which it’s based, the new four-door coupe will be spawning a high-performance AMG version. That version, which will be called the CLA45 AMG, has been previewed today in these latest photos and video depicting a prototype driving through the snow and hitting a skidpan.

While the A Class and its A45 AMG variant won’t be offered in the U.S., the CLA Class will. This means that the CLA45 AMG pictured here will eventually be landing in local showrooms too.

When it arrives, it will bring a new turbocharged 2.0-liter four-cylinder engine with more than 330 horsepower and 295 pound-feet of torque available. Mercedes officials have hinted that the actual output could be closer to 350 horsepower!

All of this will be channeled to the four wheels via an AMG SPEEDSHIFT DCT seven-speed dual-clutch transmission and AMG’s own version of Mercedes’ 4MATIC all-wheel-drive system. AMG’s version will be lighter and able to direct more drive to the rear wheels for improved dynamics.

Performance of the CLA45 AMG should be scintillating, as you’d expect from a vehicle wearing the AMG badge. The 0-60 mph time should come in at 5.0 seconds or less, and, while top speed is likely to be limited to 155 mph, there may be upgrades offered to raise this limit.

As for styling, Mercedes’ recent Concept Style Coupe points the way, though a leaked image of the regular CLA Class provides even more clues. These latest images and video show large AMG wheels housing uprated brakes, while at the rear are square-shaped exhaust tips and a sporty diffuser.

Large air intakes and an aggressive spoiler up front also signify that this is the performance variant of the new CLA Class. The AMG division is introducing a much bolder look to differentiate its models from the regular Mercedes lineup, with the first to feature the new look being the 2014 E63 AMG headed to the 2013 Detroit Auto Show.

As mentioned, the new 2014 Mercedes-Benz CLA Class makes its debut in January, which means we should see this AMG version by next spring.

Head over to Mercedes-Benz Passion for more of the images.