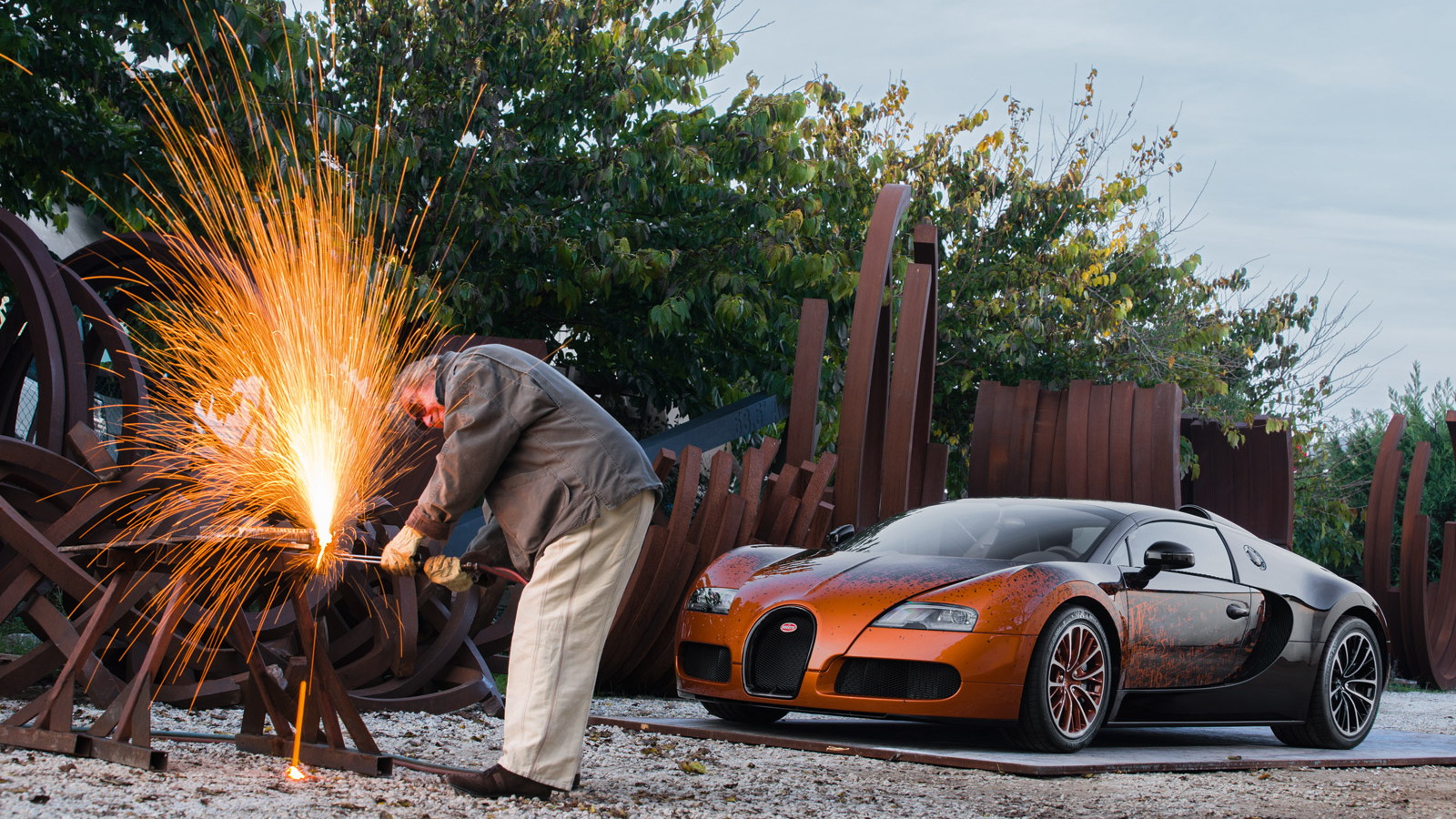 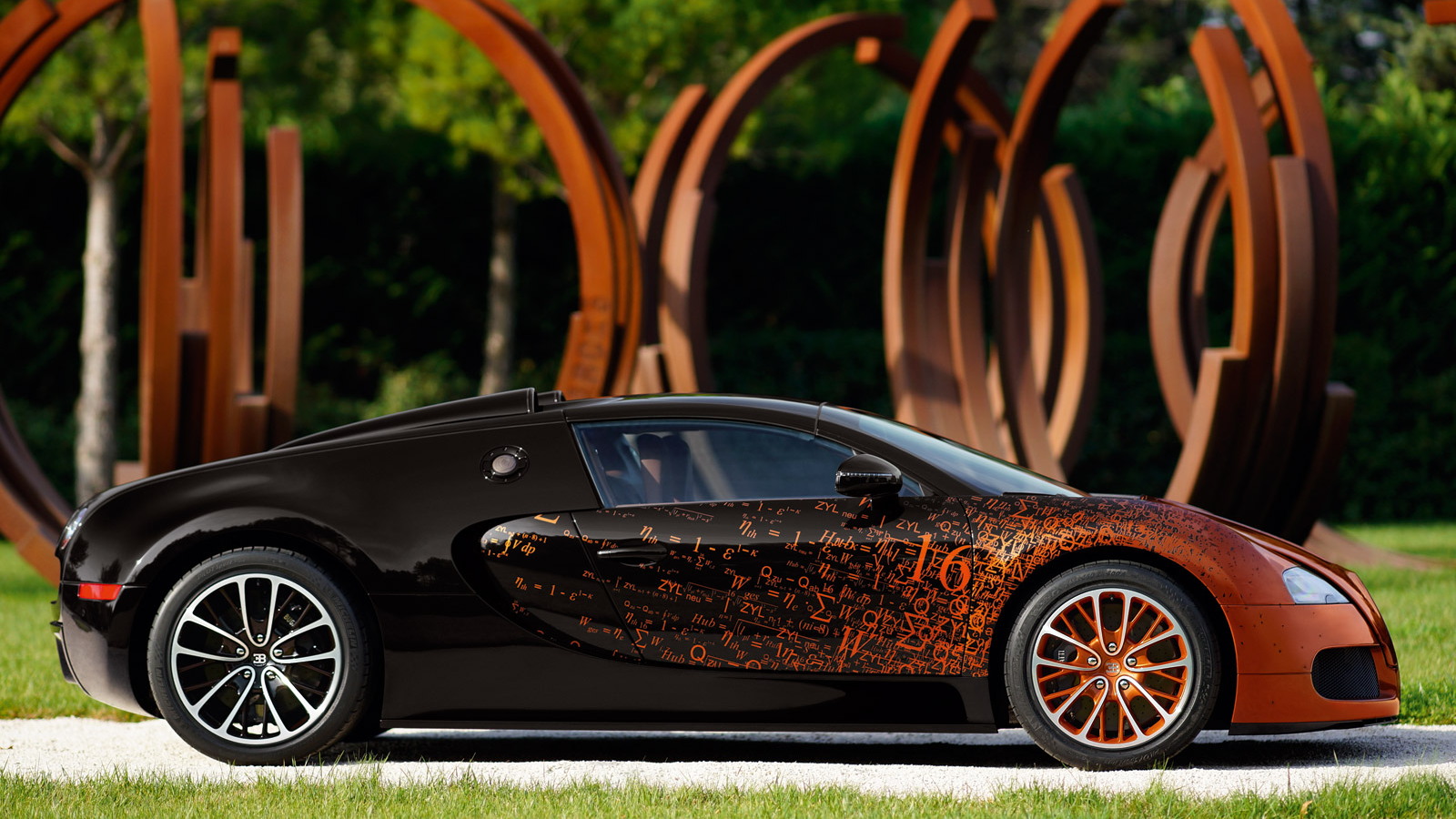 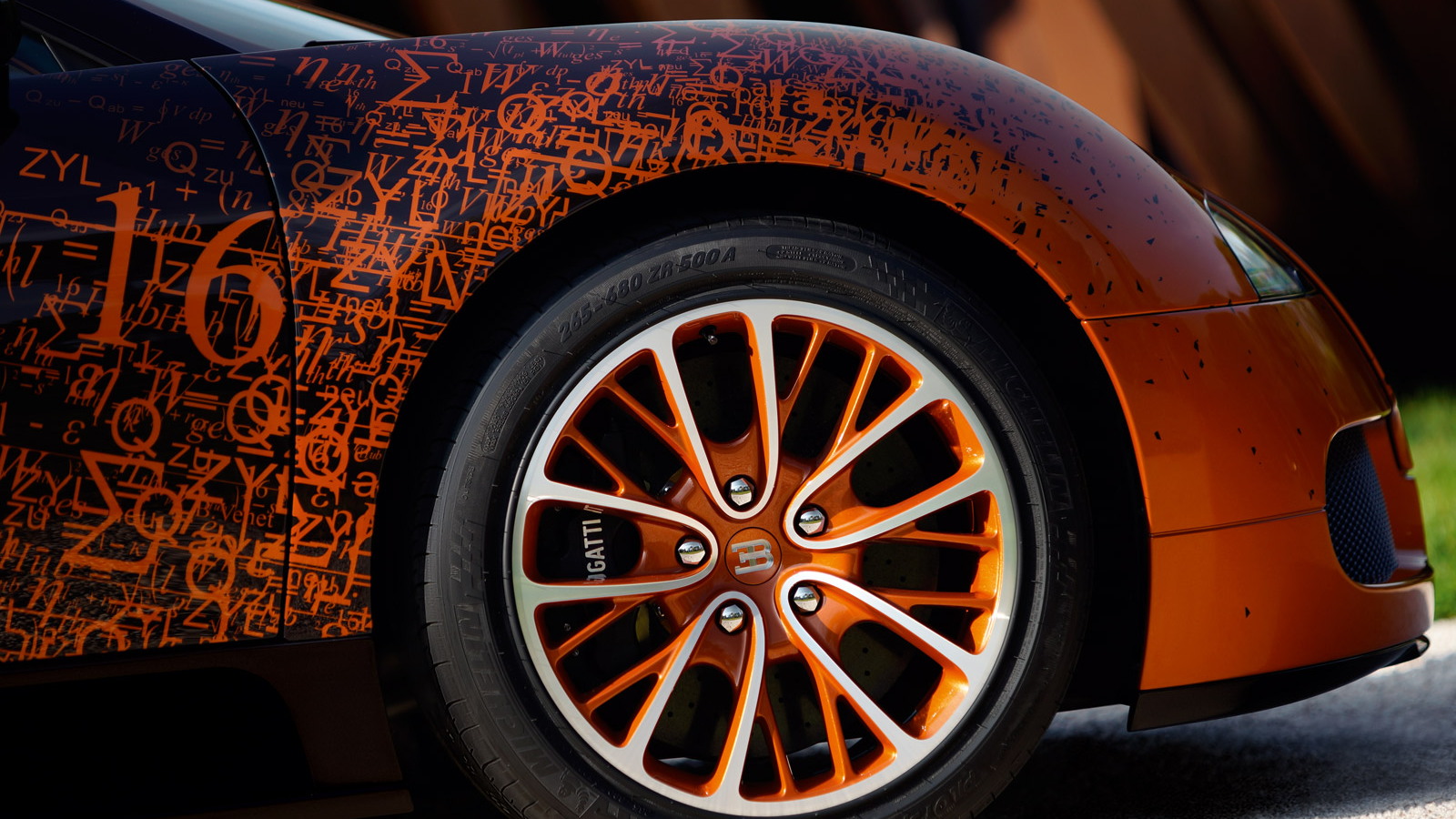 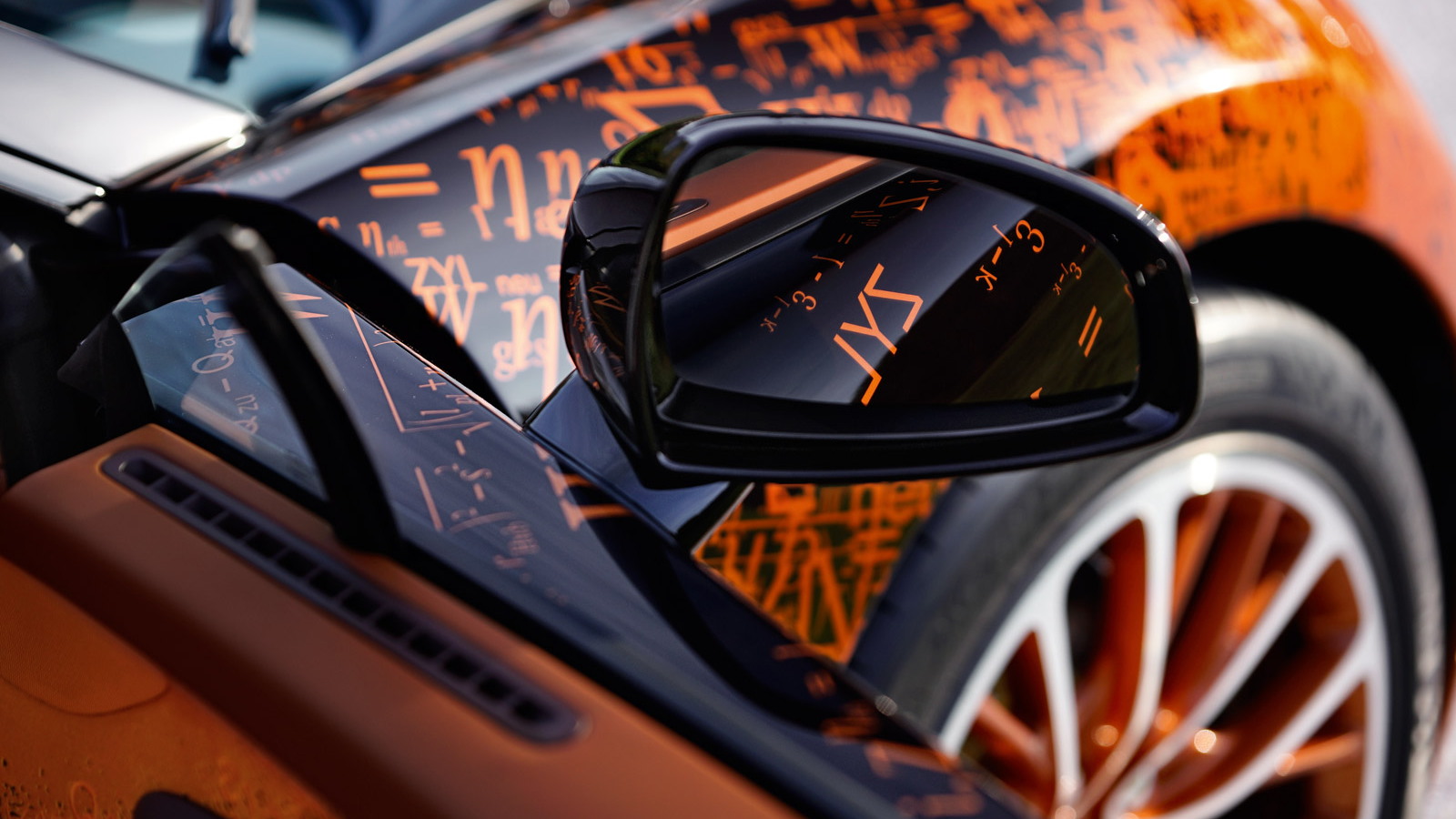 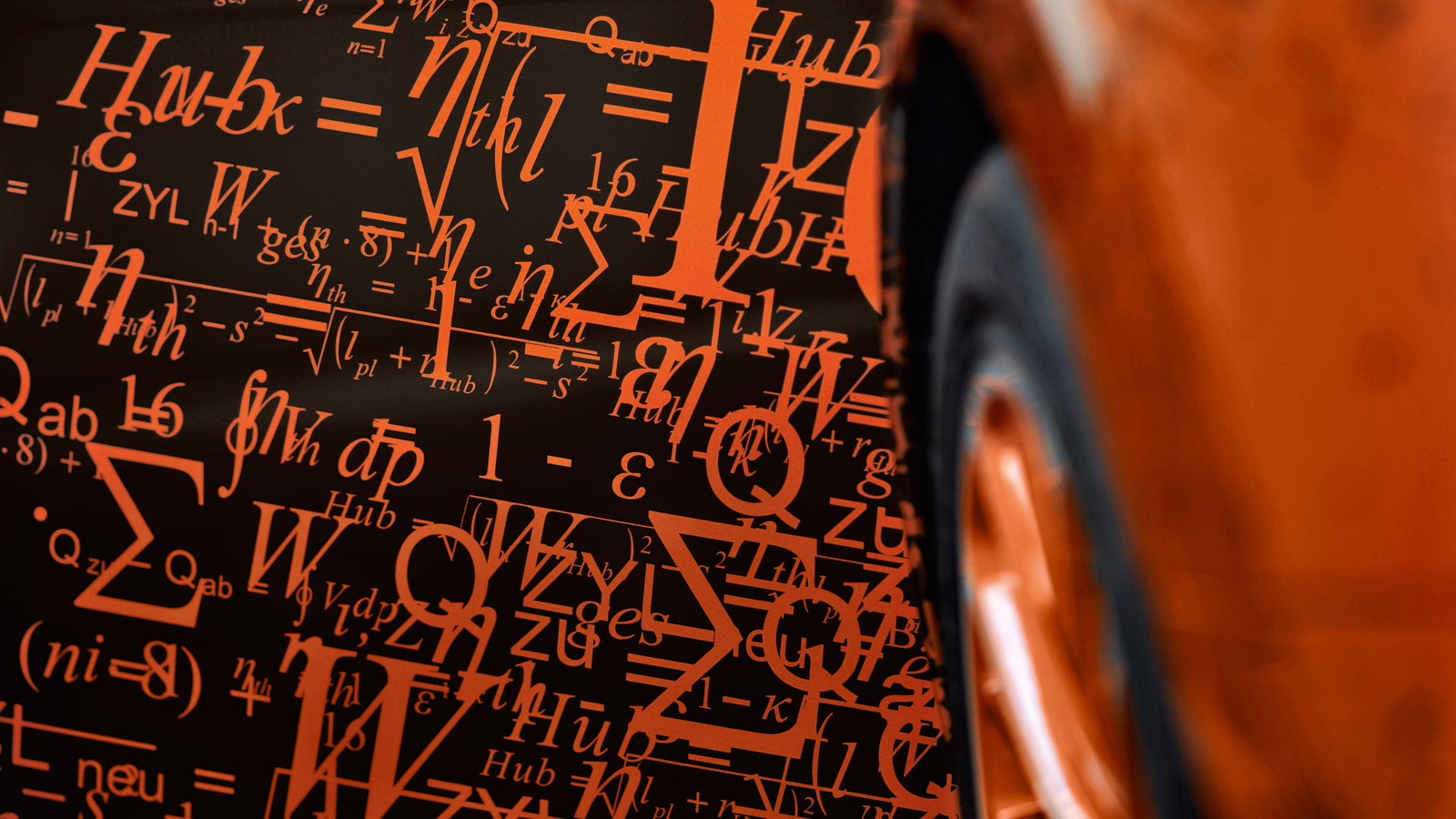 When it comes to exclusive cars, you can’t get much more exclusive than the Bugatti Veyron, and even among these rare beauties is the set of special edition models of which only a handful are produced each year.

The latest is the Veyron Grand Sport Venet, a car Bugatti bills as the “fastest artwork ever.”

The reason for this is due to this particular version of one of the world’s fastest cars featuring the artwork of French conceptual artist Bernar Venet on its exterior and inside its cabin.

Venet, based in New York, was asked by Bugatti to help create something special for Art Basel Miami Beach, which takes place this week. He is known for creating abstract pieces influenced by mathematics and science, and this can clearly be seen in his latest work.

Running across the front of the car and over its flanks are dozens of mathematic and scientific formulas, the very same used by the Bugatti engineers when developing the Veyron. They are spread over a finish similar to that of rusted metal, which is also a common theme of Venet’s art.

The same theme continues inside the cabin, with the door panels covered in more of the bright orange formulas and the dash panels and leather trim getting a rusted look.

Being based on the Bugatti Veyron Grand Sport, the new special edition features a 1,001-horsepower rating for its quad-turbocharged 8.0-liter W-16 engine and a top speed of 252 mph. Of course, with its removable roof detached, top speed is limited to 224 mph, and with its umbrella-like temporary cloth roof fitted top speed drops to just 81 mph.

Many consider Bugatti’s cars to be pieces of art already, and this is something that dates back to the very first Bugattis developed under the watch of the brand’s founder Ettore Bugatti. In fact, Ettore was born into a family of artists: his father was a respected sculptor and furniture designer and studied at the Ecole des Beaux-Arts of Paris, while his brother, Rembrandt, was a significant sculptor whose work was exhibited at the Venice Biennale, among other venues.

Ettore initially began his career by studying art at the Brera Art School in Milan before he dedicated himself to the art of engineering. In 1909, he finally established his car manufacturing atelier in Molsheim, France, and throughout his career the art world would continue to influence his designs.

Speaking at the announcement of his latest creation, Bernar Venet stressed the connection between Bugattis and the art world, explaining that “a Bugatti is already a work of art in itself, one that transports both its beholder and its driver into new dimensions of reality.”

Anyone interested in seeing the Bugatti Veyron Grand Sport Venet, or perhaps even wishing to make an offer (it’s not clear if this special edition is actually for sale), can see the car during Art Basel Miami Beach at the Rubell Family Collection from December 5 to 9.