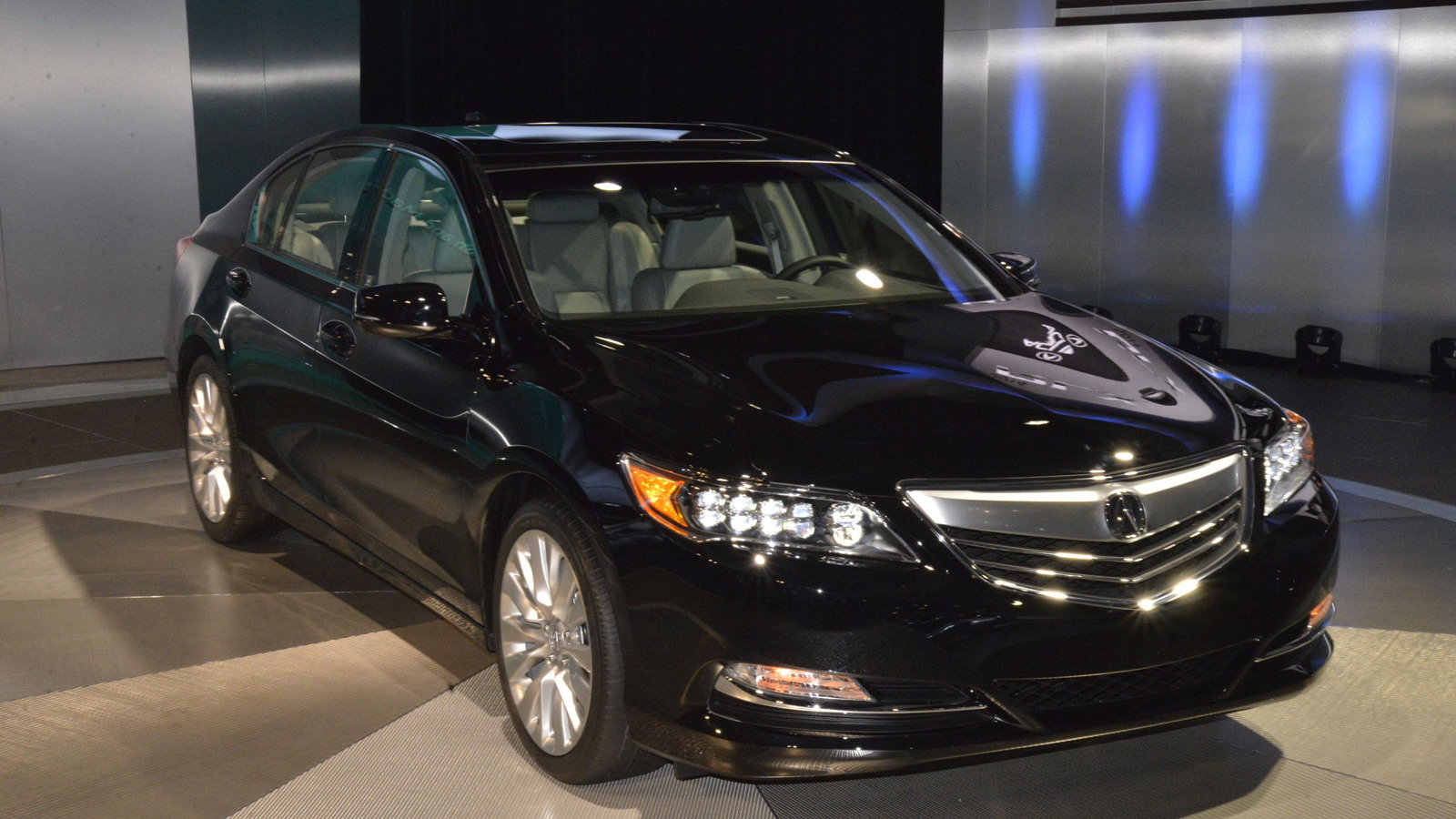 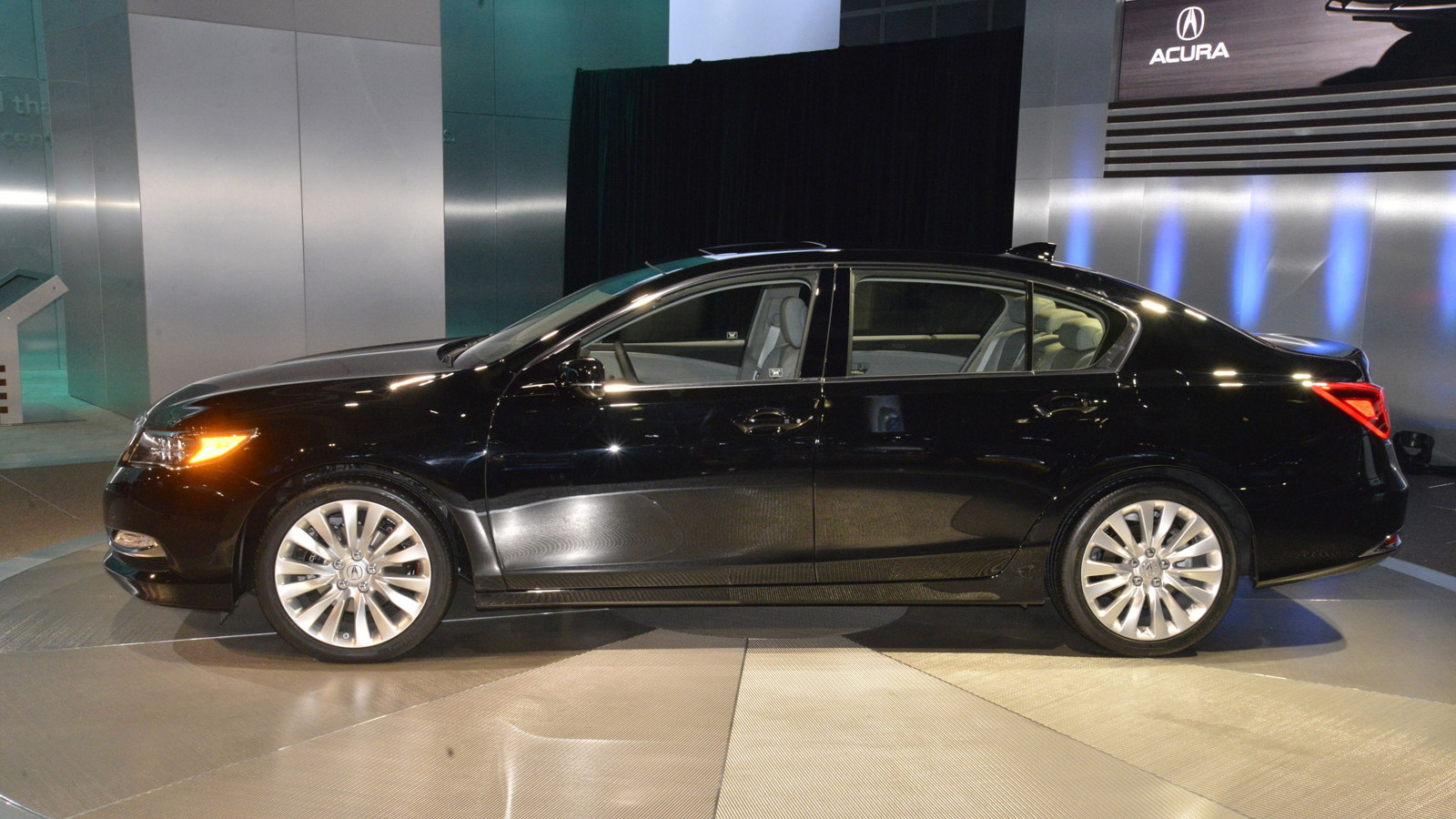 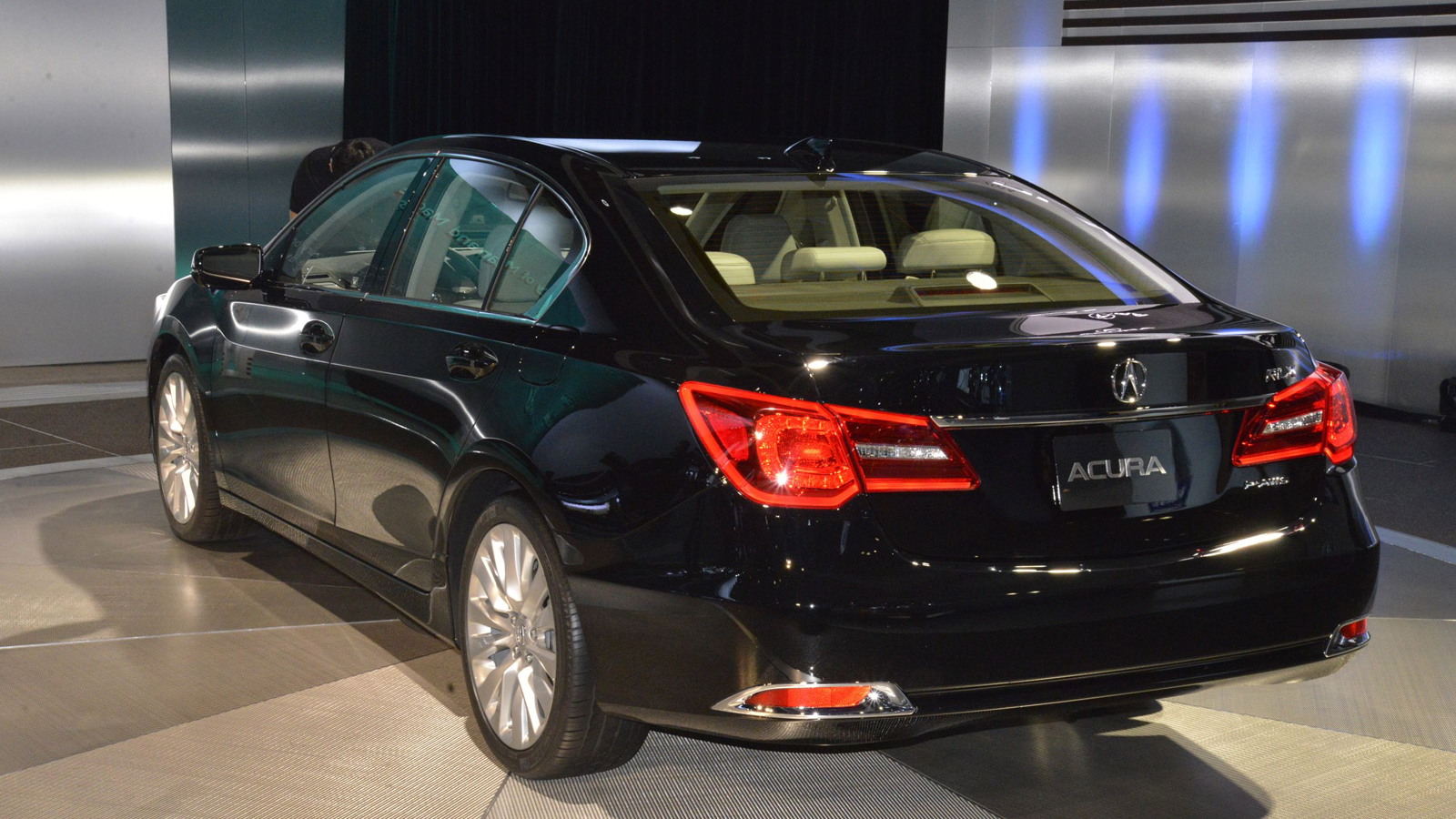 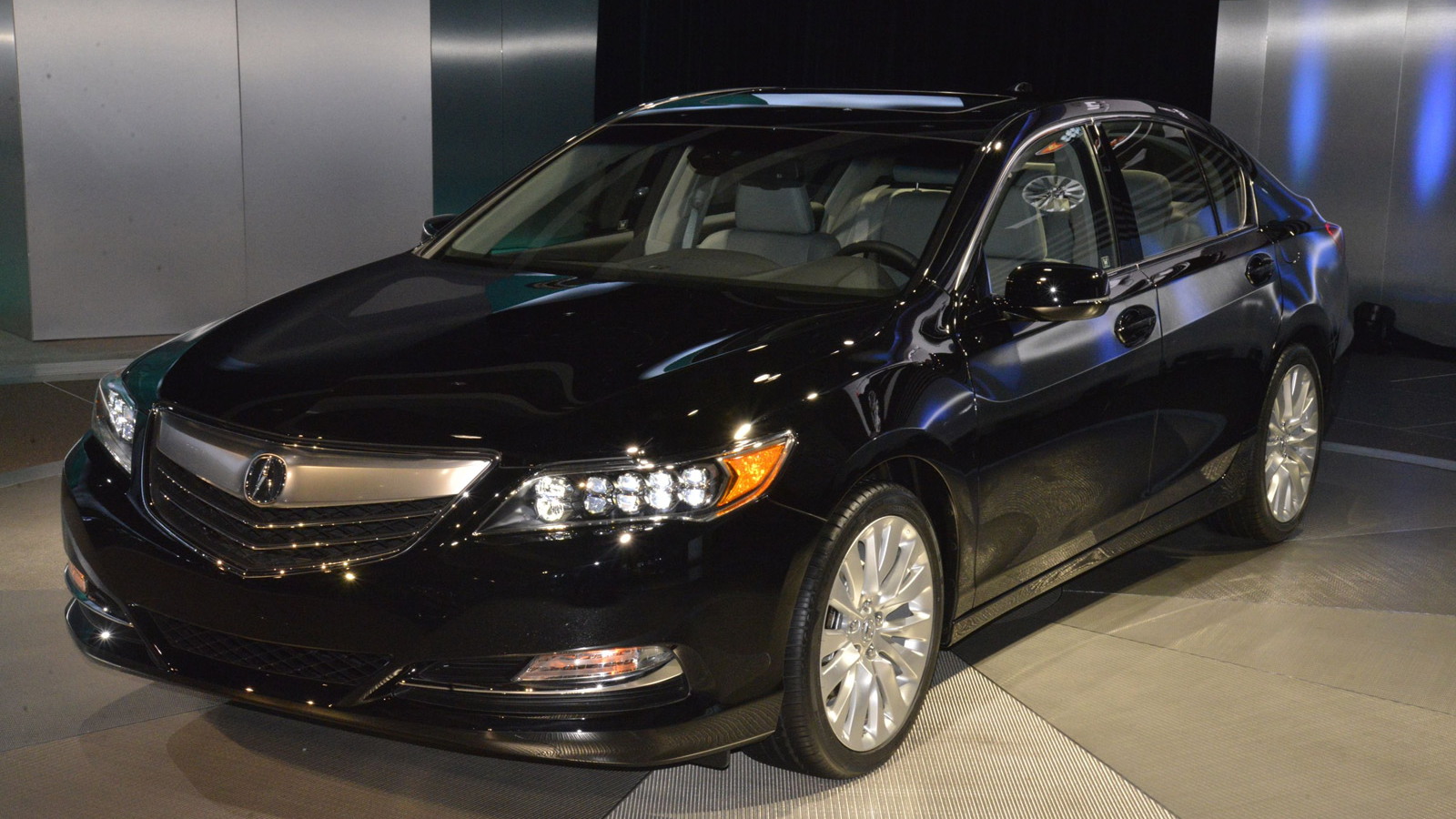 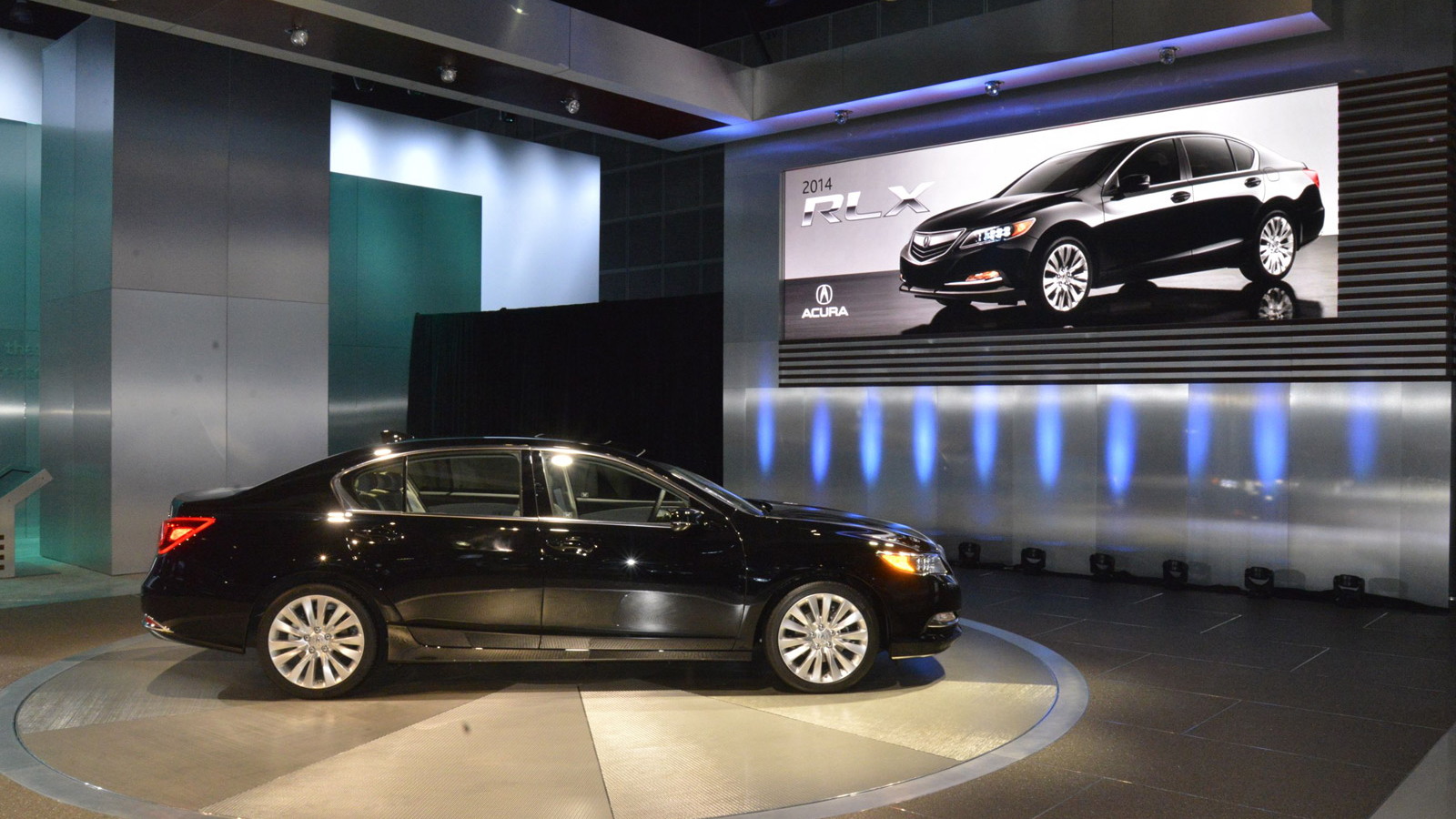 16
photos
Acura’s aging RL is finally set to be renewed, and in its place will be the new 2014 Acura RLX, which goes on sale next spring. The car made its official world debut this week at the 2012 Los Angeles Auto Show, and like a true flagship sedan it’s the most powerful, spacious, and technologically advanced sedan the Acura brand has ever had in its lineup.

The presence and quality the car exudes can’t be seen in these live photos, but the RLX has every right to be called a flagship. Sumptuous wood and leather surfaces adorn its cabin, while the exterior gets a futuristic look that's dominated by the car’s full-LED headlights.

There will be two different powertrains offered on the RLX, though only one of these will be available at launch. The base model will come first, offering a direct-injected 3.5-liter V-6 with 310 horsepower and fuel-saving cylinder deactivation technology.

The second, and more capable model will be available before the end of next year and will debut Acura’s new Sport Hybrid Super Handling All-Wheel Drive (Sport Hybrid SH-AWD) system. The setup, a more advanced version of which will feature in the next-generation NSX supercar, features a total of three electric motors and promises to deliver 370 horsepower and combined fuel economy of 30 mpg.

That’s quite impressive for a sedan that weighs around 4,000 pounds and offers the interior space of a full-size sedan. Rear-seat legroom is 38.8 inches and shoulder room is also quite good.

We can also confirm it drives quite well, based on a prototype version we drove earlier this year.