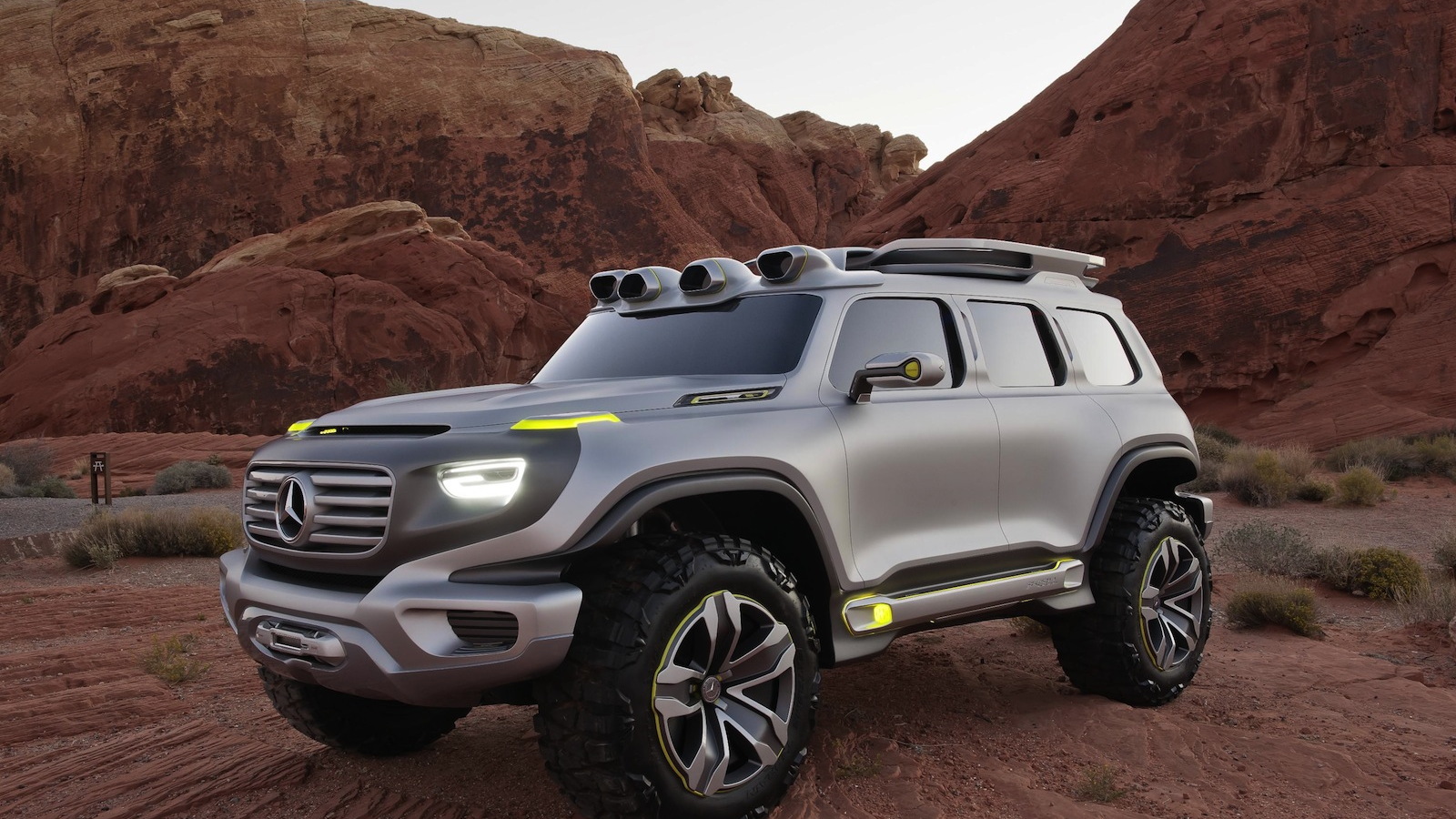 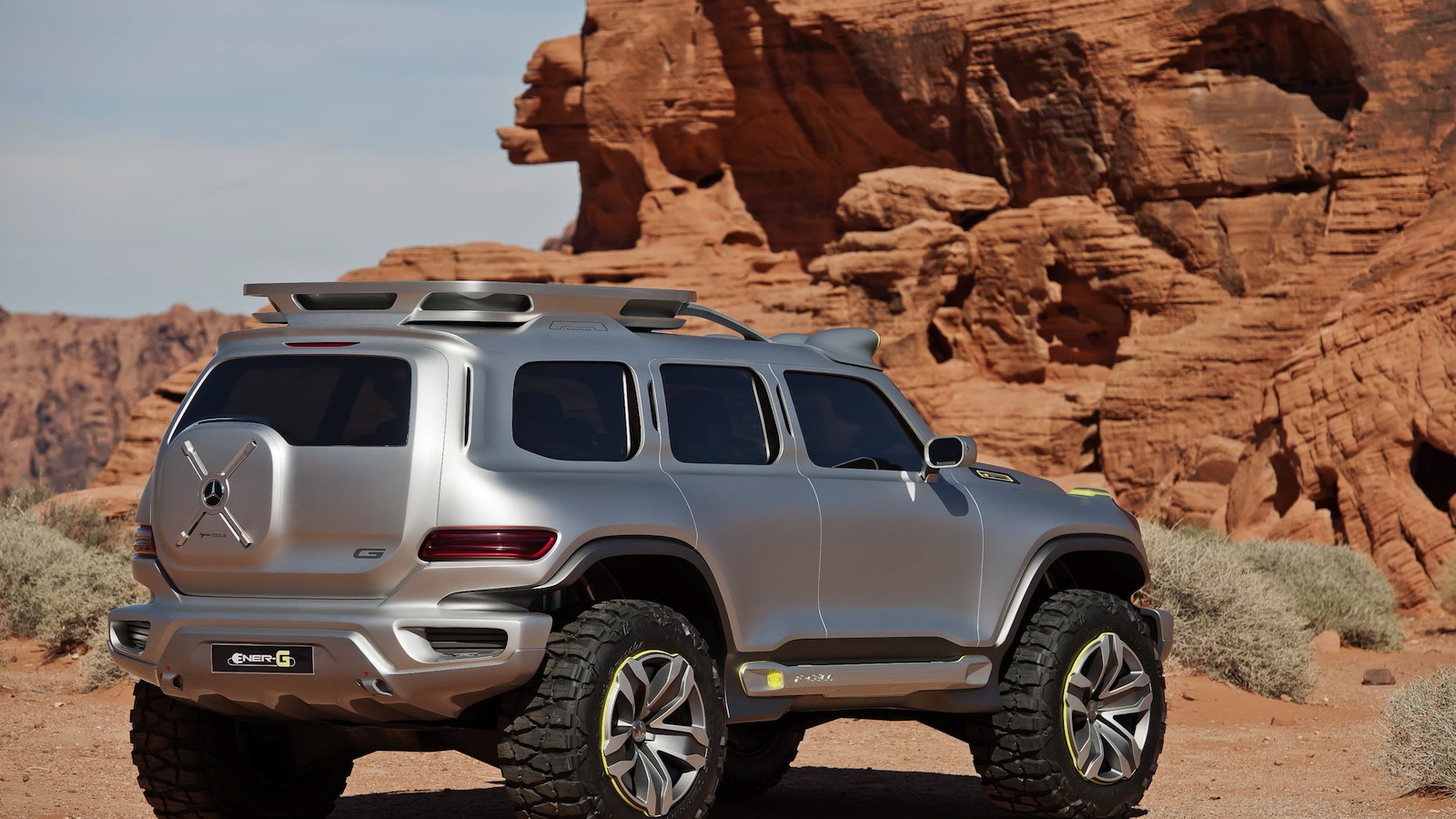 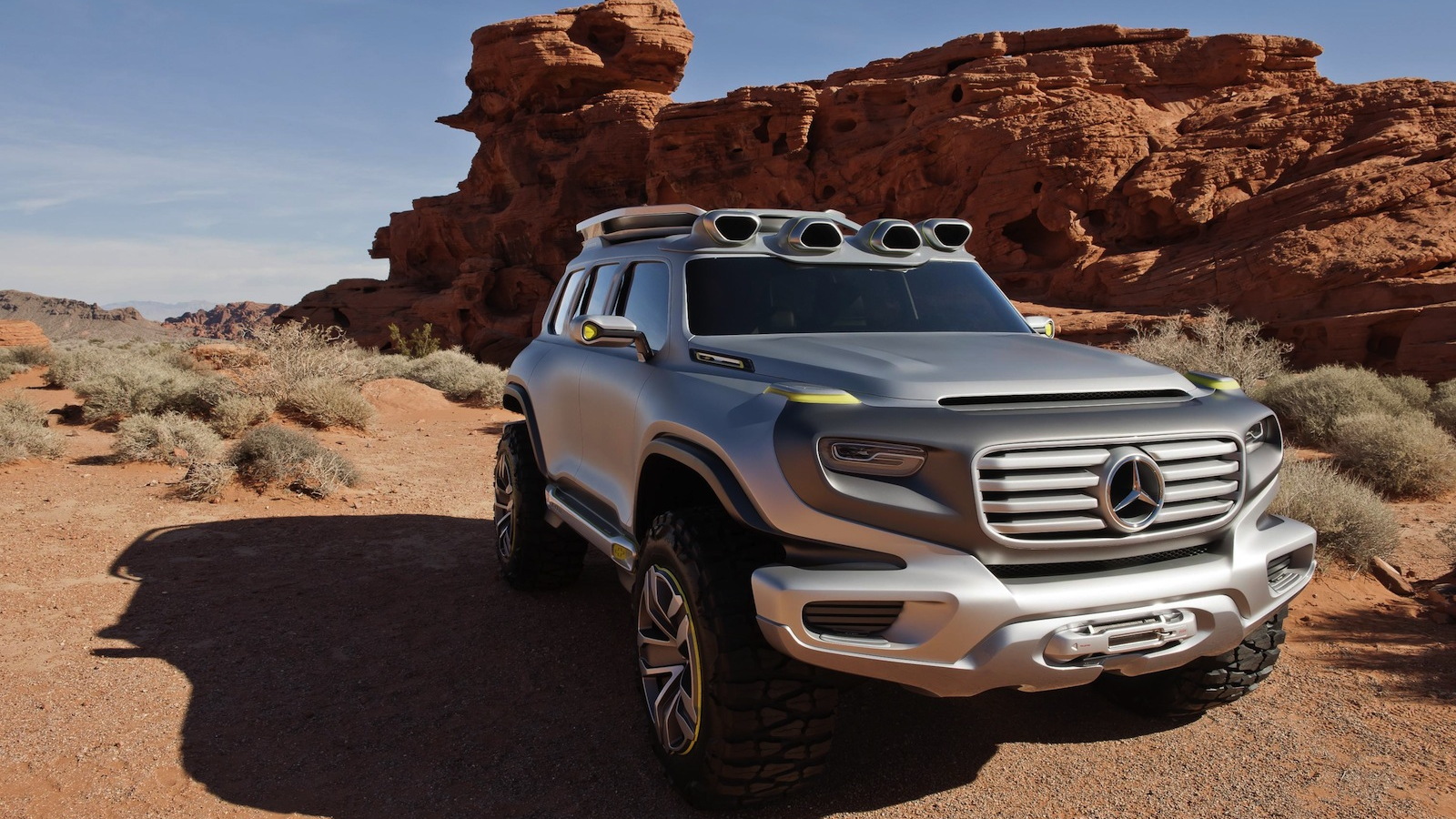 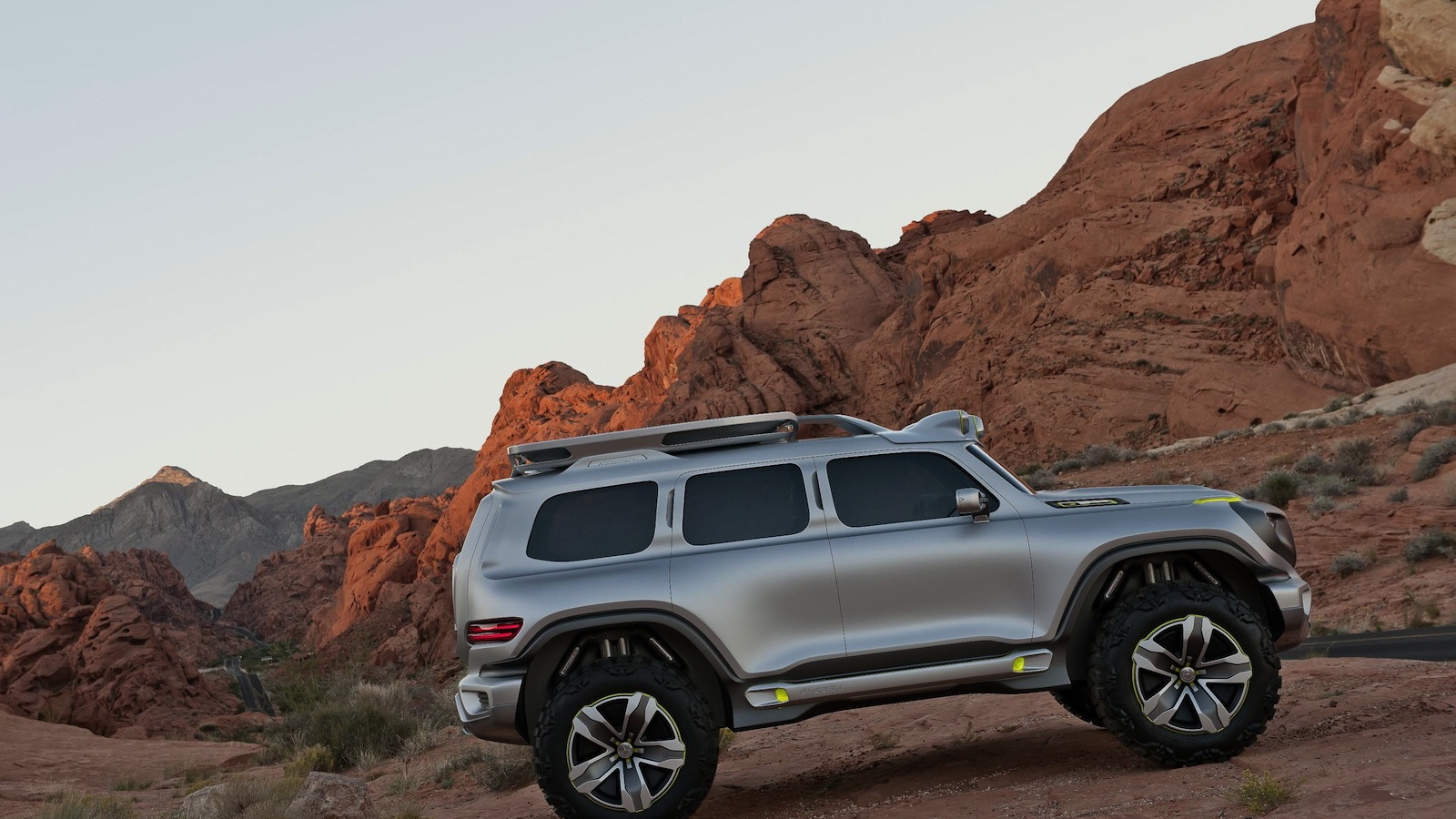 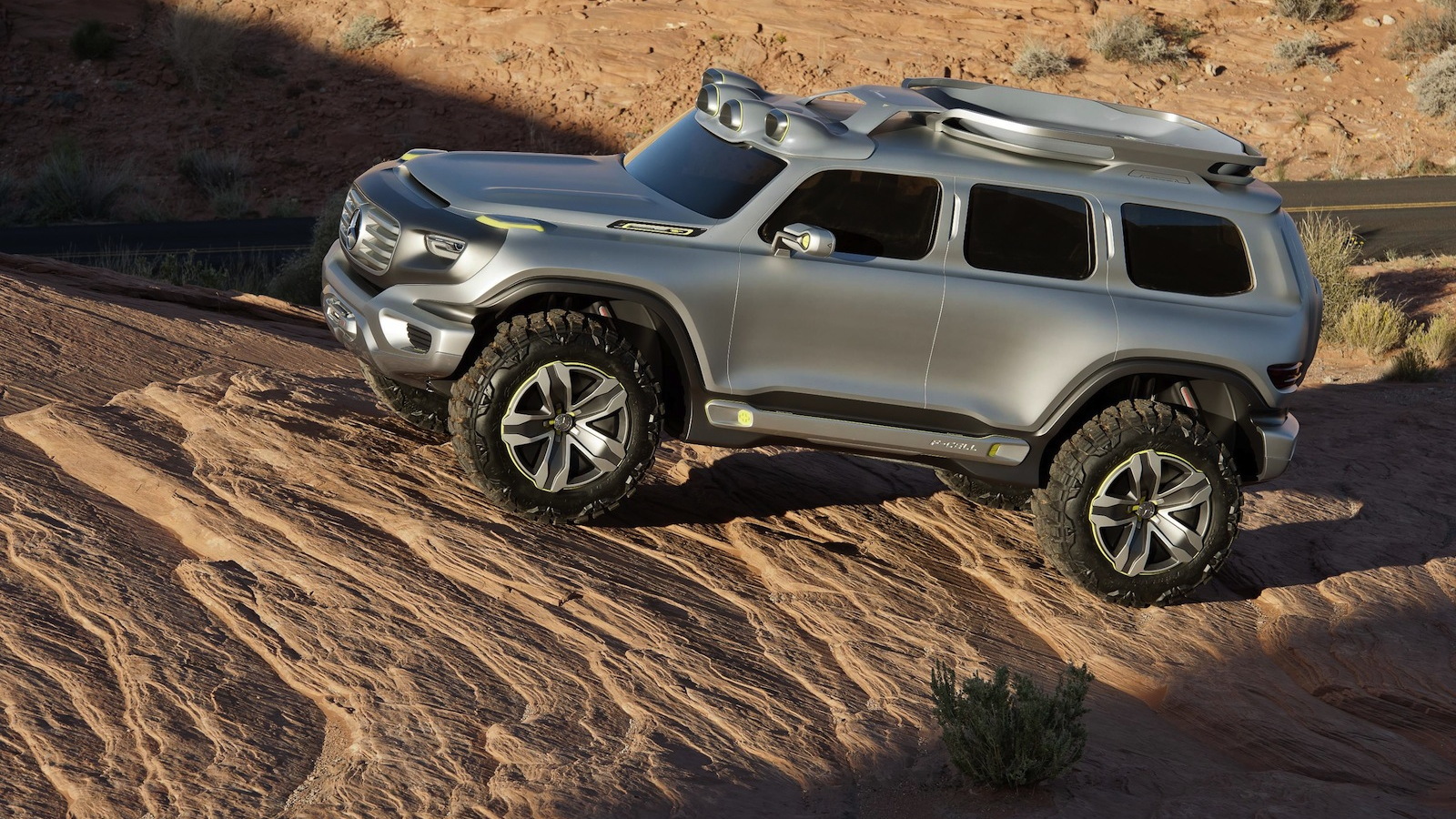 When tasked with illustrating the “Highway Patrol Vehicle 2025,” the designers at the Mercedes-Benz Advanced Design Studio based their idea on what a future version of the G-Class SUV would look like.

For police use, it was critical that the truck be able to reach incident scenes both on road and off, and a reduced greenhouse area (basically, the vehicle’s glass) would offer up a margin of additional safety for occupants.

When the rendering of a future police vehicle was finished, the designers liked the concept so much that a life-size model was built to demonstrate what the off-roader of the future may look like. Mercedes-Benz will be debuting this Ener-G-Force concept in its booth at the 2012 Los Angeles Auto Show.

Power comes from recycled water, which is converted into hydrogen and oxygen by the onboard “hydro-tech converter.” Hydrogen is used to power the fuel cells, while batteries are contained in the Ener-G-Force’s side skirts. Four wheel-hub motors provide propulsion, and the Ener-G-Force has a range of roughly 500 miles.

Ensuring that drivers never get stuck, a roof-mounted “Terra-Scan” unit maps the topography ahead and automatically adjusts suspension settings and ground clearance as needed. The side skirt lights change color depending upon the state of charge, and the batteries are hot-swappable to extend the electric SUV’s range.

While the Ener-G-Force remains the stuff of science fiction (for now, anyway), it demonstrates the reverence that Mercedes-Benz has for its iconic off-roader. While the 2025 Gelaendewagen may not look or function anything like the Ener-G-Force concept, we have no doubt that the legendary SUV will still be in production.