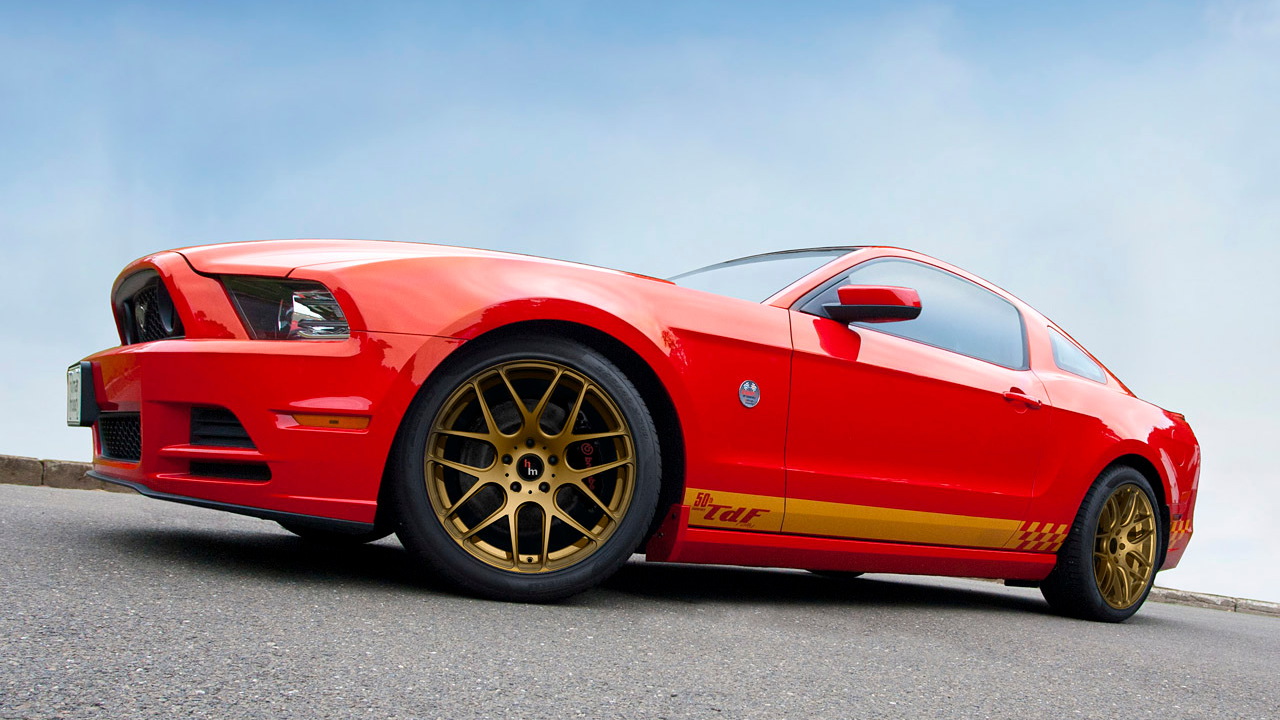 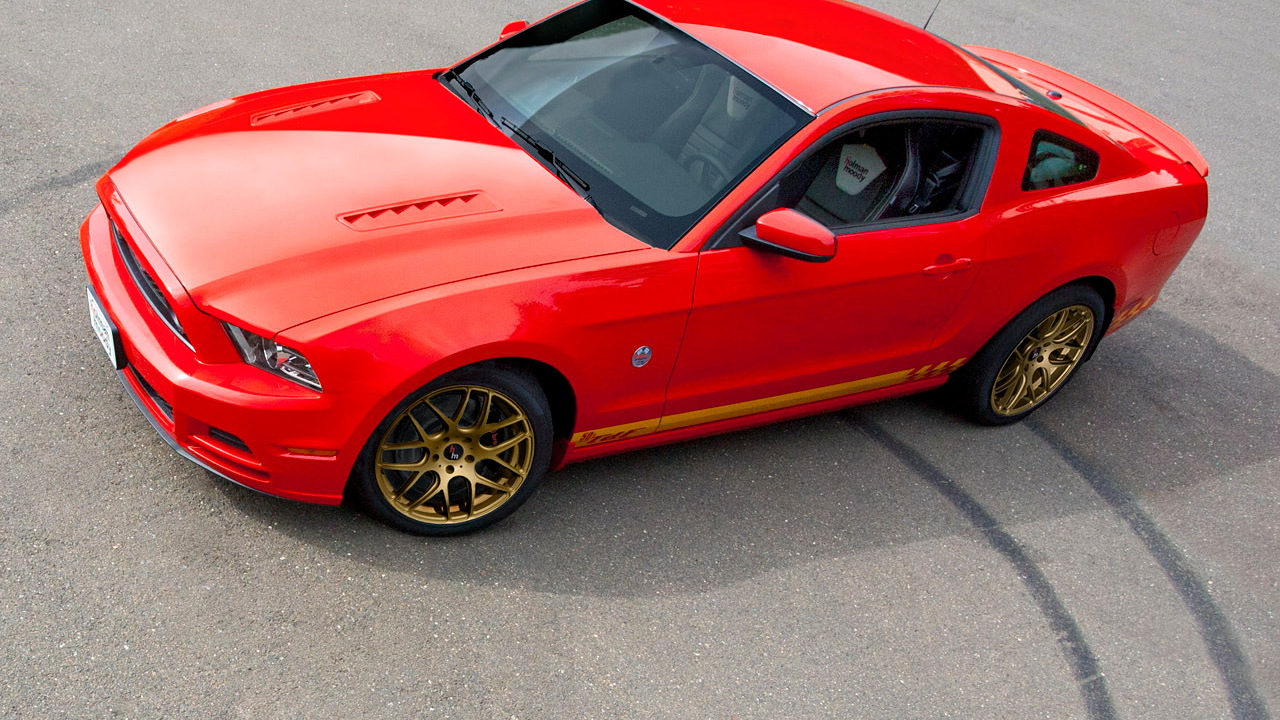 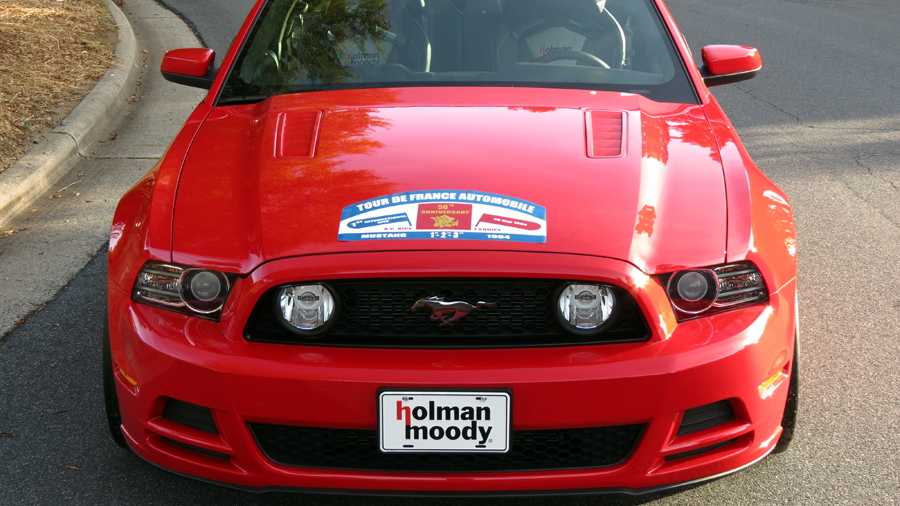 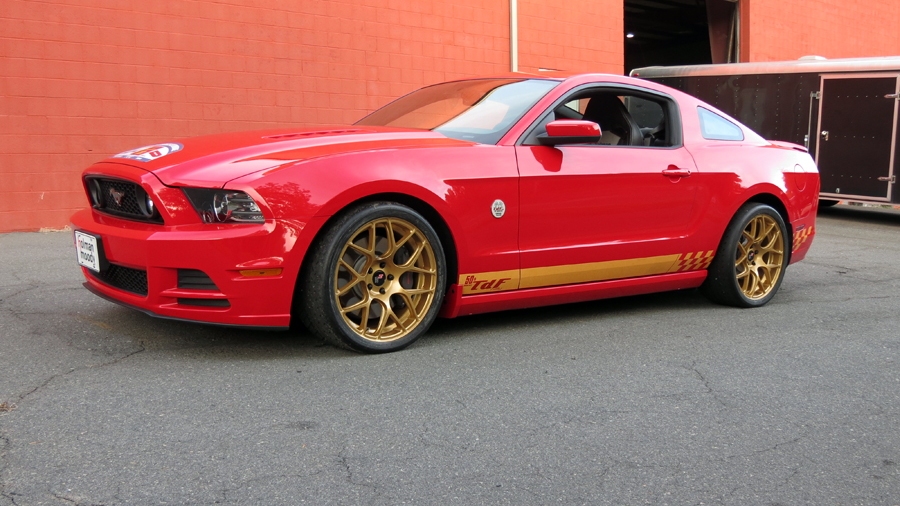 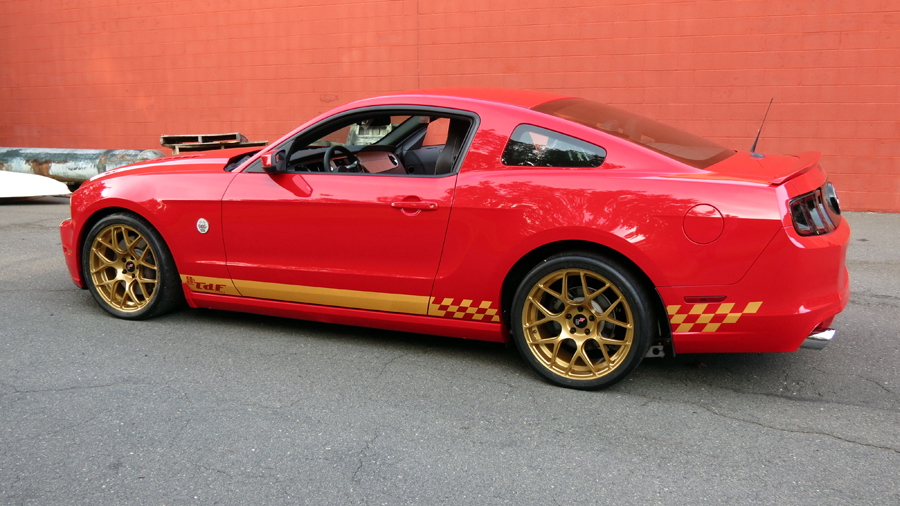 As Mustangs Daily tells us, Holman & Moody has just announced a limited-production 2014 Tour de France tribute Mustang, which stays true to the original in terms of tuning and modifications. Like the 1964 Mustangs, the 2014 Holman & Moody TdF cars will wear bright red paint and focus on handling over sheer horsepower.

Engine upgrades will be limited to a Ford Racing-tuned ECU, tubular headers, a Ford Racing X-pipe, Ford Racing sport mufflers, a K&N / Ford Racing air filter, a larger radiator and an oil cooler, ensuring that temperatures stay where they belong on track days.

Underneath, the Holman & Moody TdF Mustang gets adjustable front and rear splined sway bars, SVT adjustable dampers, progressive lowering springs and unique 19-inch wheels. The suspension is designed for a wide range of motorsports, including everything from autocross to drifting, yet it remains comfortable enough for the daily commute.

Inside, buyers get Recaro seats with an embroidered Holman & Moody logo, embroidered floor mats, a short-shifter and a serial number plate, identifying the car as one of just 500 built. On the outside, there’s commemorative gold striping and a Holman & Moody license plate frame to let others know this isn’t just another 5.0-liter Mustang.

Buyers also get a one-year membership in the SVT Owners Association and exclusive access to tech support forums, where questions can be posed directly to the designers and engineers.

There’s no word on pricing, but orders will be taken starting in early 2013, with production beginning next spring. If you want more information on putting one in your own stable, you’ll find it on the Holman & Moody TdF 50th Anniversary website.