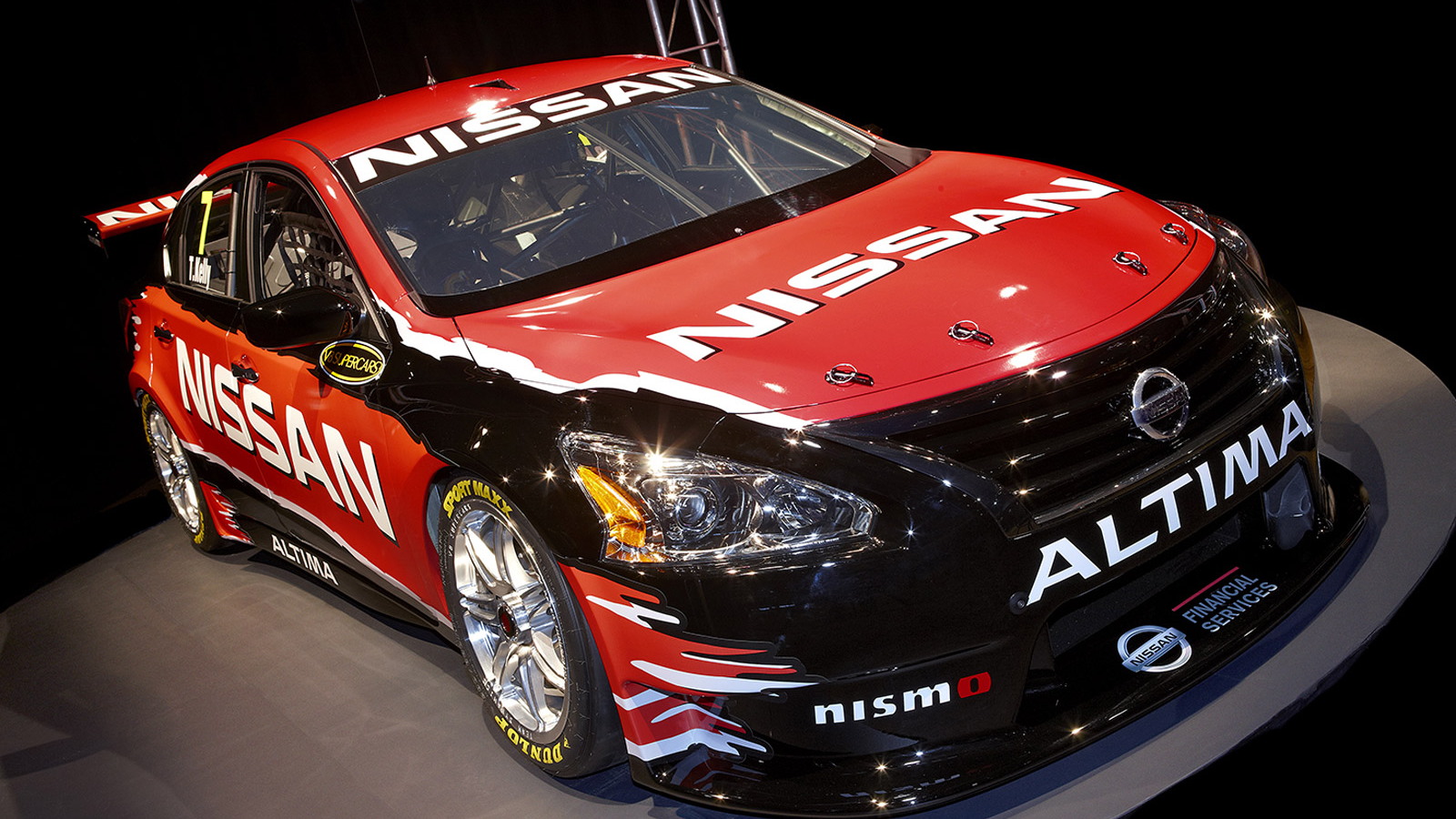 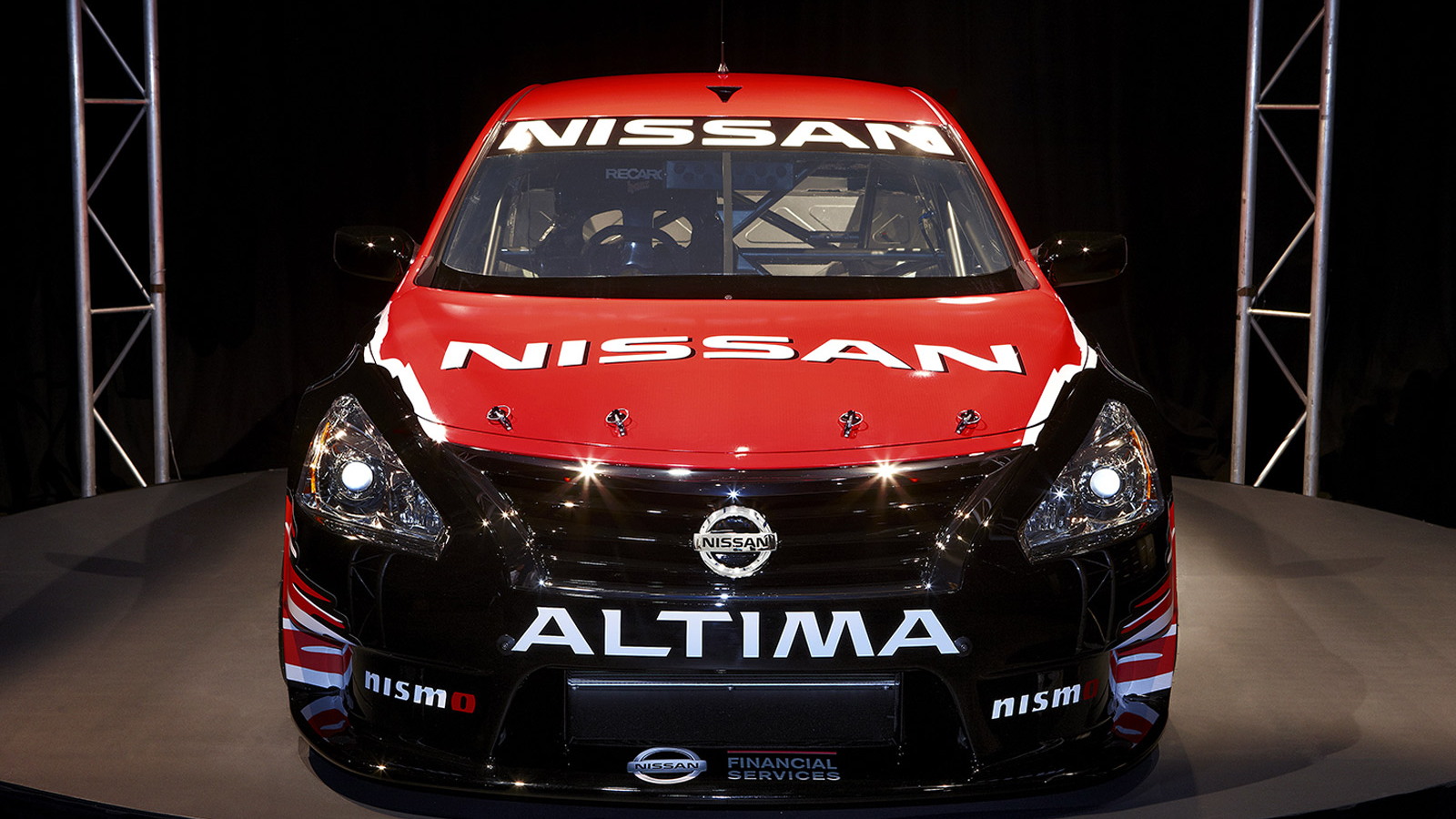 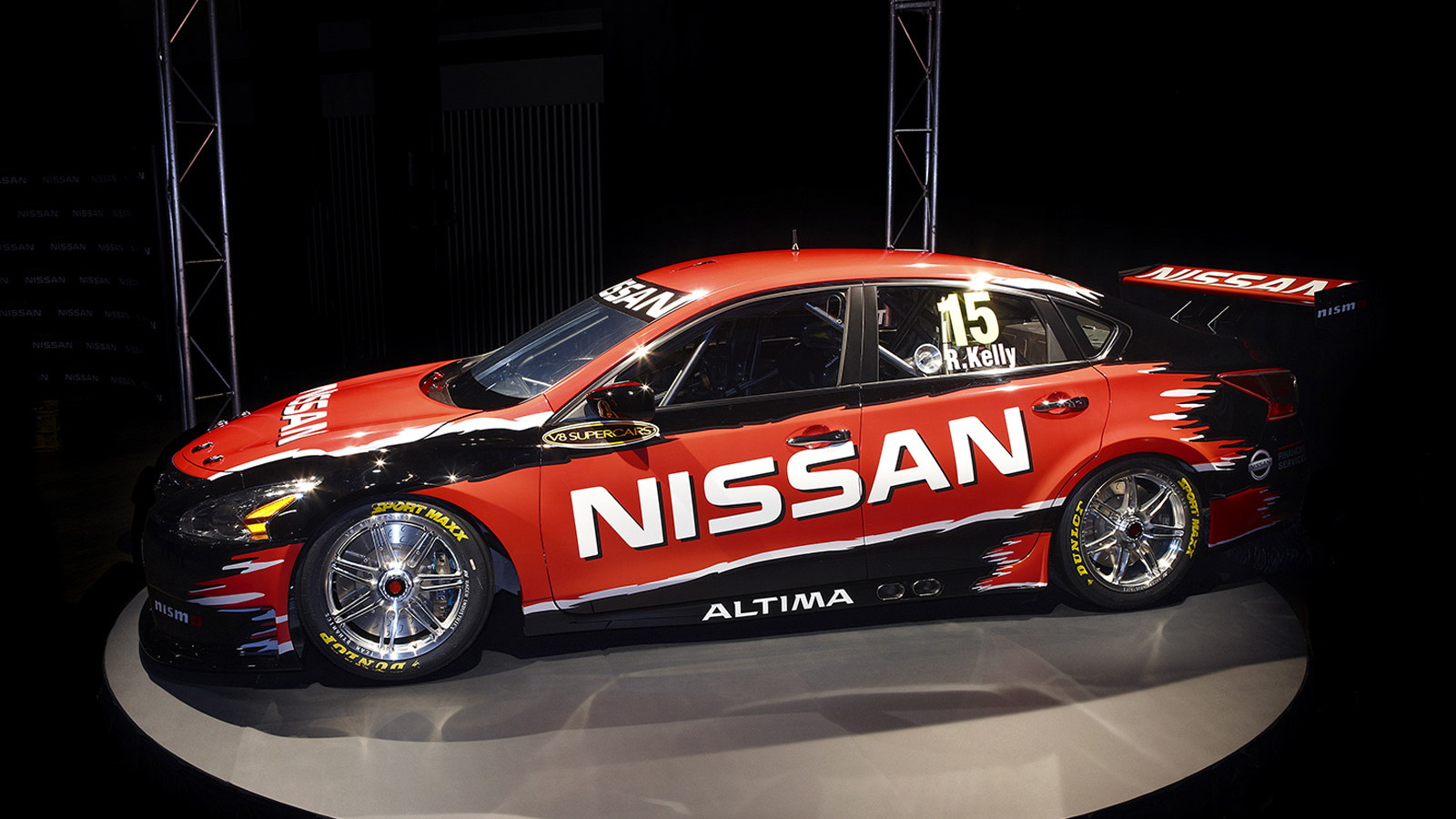 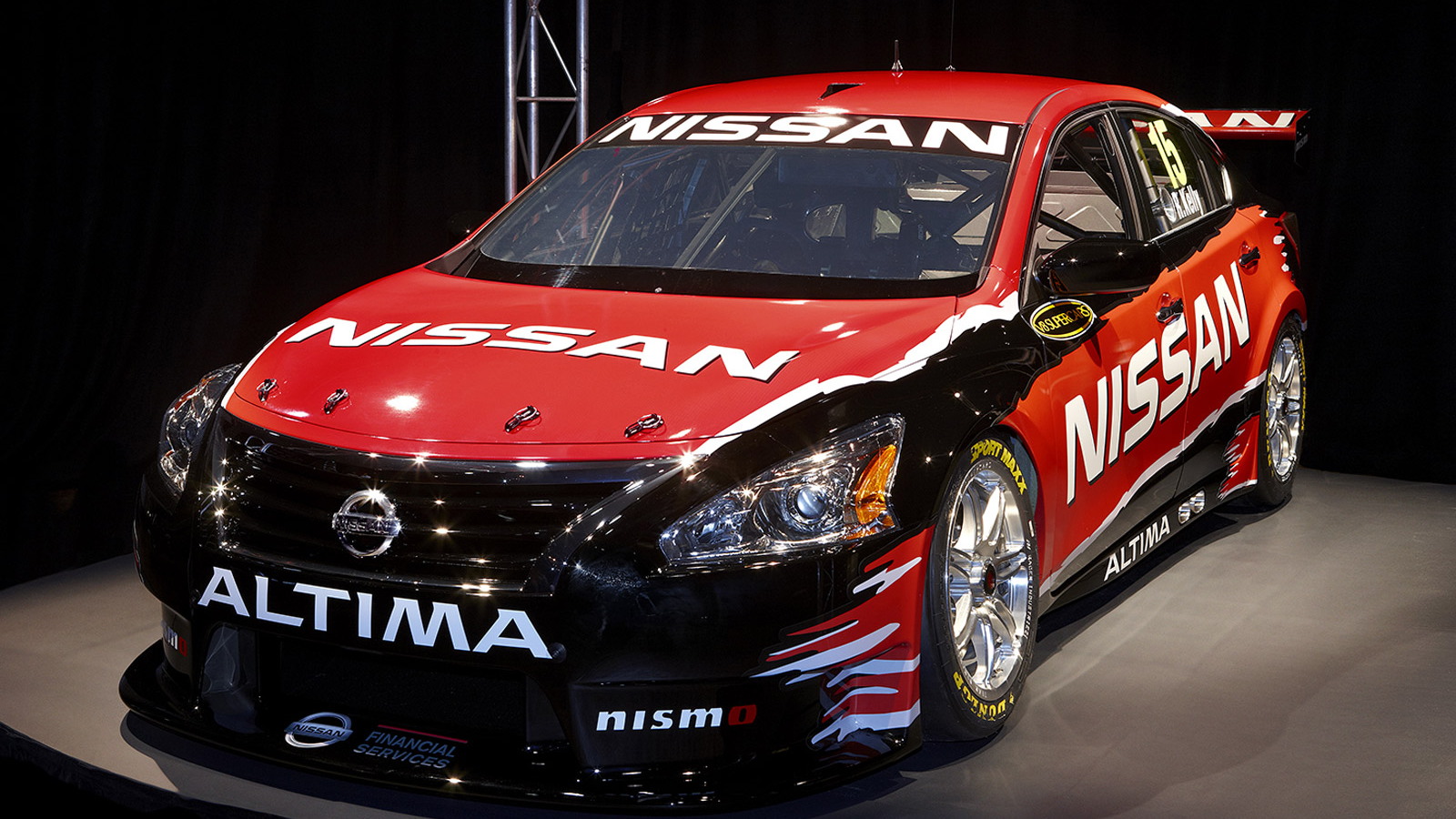 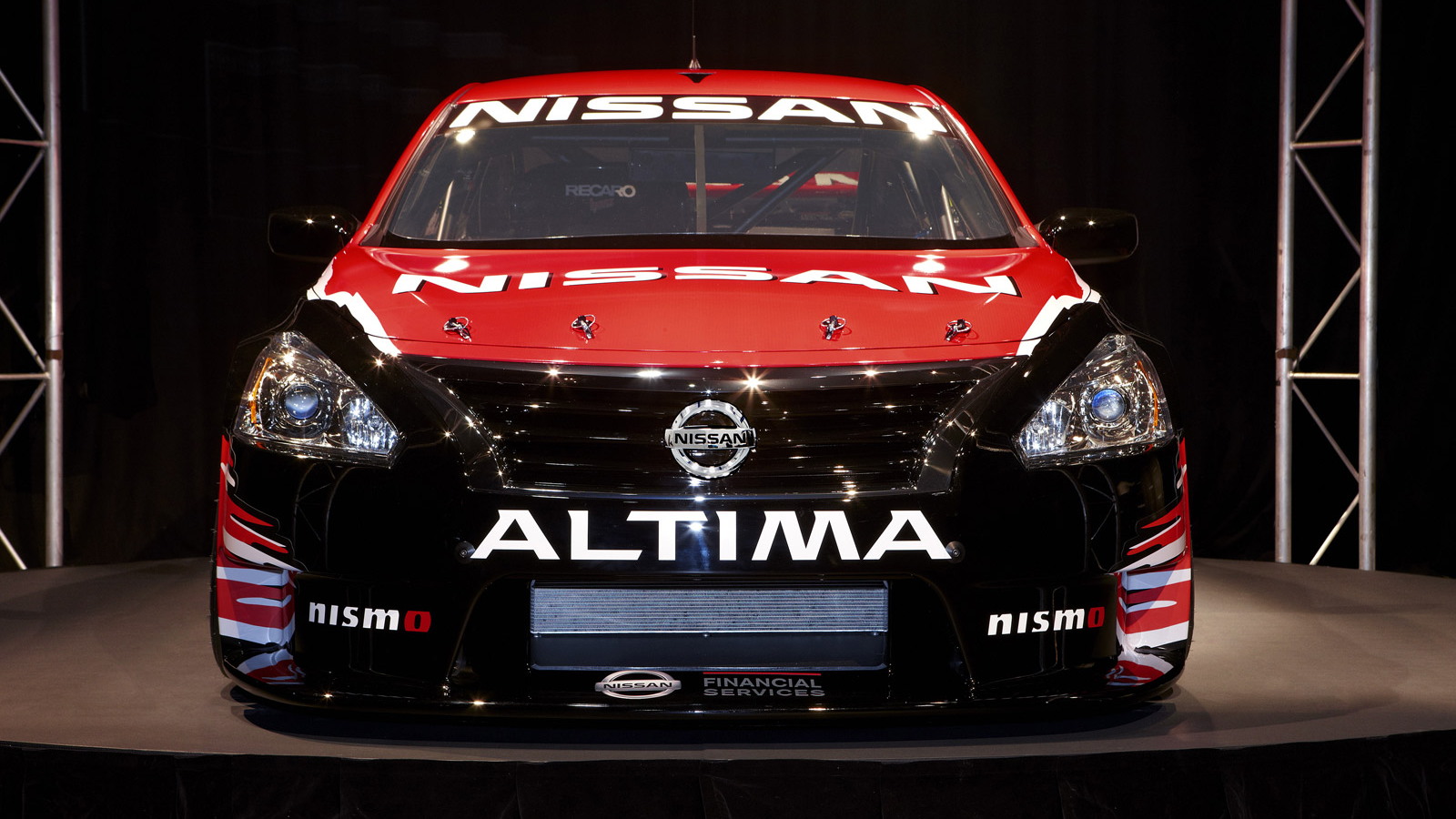 10
photos
The Nissan Altima may not be the obvious choice for a racing series called V8 Supercars, but a version of the car, complete with a Nismo-tuned V-8 engine, will compete in the popular series from next year onwards, and today it has been revealed.

The inclusion of more manufacturers in V8 Supercars, which is currently dominated by Holden and Ford, has been made possible thanks to new ‘Car of the Future’ regulations. The regulations mean that all V8 Supercars challengers ride on a shared ‘control’ chassis, though their engines and exteriors are unique.

The Altima is the first all-new V8 Supercars challenger unveiled in two decades, though it won’t be the last. Private team Erebus Motorsport is looking to enter the series next year with its own Mercedes-Benz E63 AMG based race cars.

The Altima will be racing through Nissan Motorsport, which will field four cars. The factory team is co-owned with drivers Todd and Rick Kelly, both of which have won a number of races in V8 Supercars, including Bathurst.

Nissan Motorsport will now work with V8 Supercars as the category’s technical team works to homologate the Altima race car, in particular its aerodynamic package, to ensure a fair playing field with the competition.

Once the homologation process is complete the team will begin circuit testing with the first Altima race car and complete construction of further cars, with all four planned cars set to make their racing debut at the Clipsal 500 in Adelaide, South Australia, in March of next year. The cars will also make a U.S. appearance next May when V8 Supercars touches down in Austin's Circuit of the Americas for a local race.

Powering the Altima race cars will be a motorsport version of the VK56DE 5.6-liter V-8 found in a number of Nissan and Infiniti models, but for its use in V8 Supercars it has seen its capacity reduced to the series’ 5.0-liter limit. In addition to the 5.0-liter displacement limit, the engine’s rpm limit had to be set to between 7,000 and 7,500 revs, its output limited to around 650 horsepower, and its torque curve made in parity with its rival units from Ford and Holden.

Note, Nissan is no stranger to touring car racing in Australia. The Japanese automaker was famously forced to exit the series back in 1993 when its Skyline GT-R, which at the time was dominating the field, was banned due to a rule change that ended the FIA Group A format in Australian touring car racing.