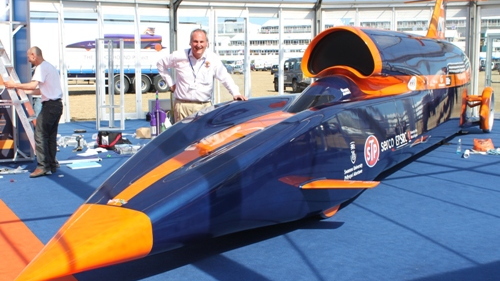 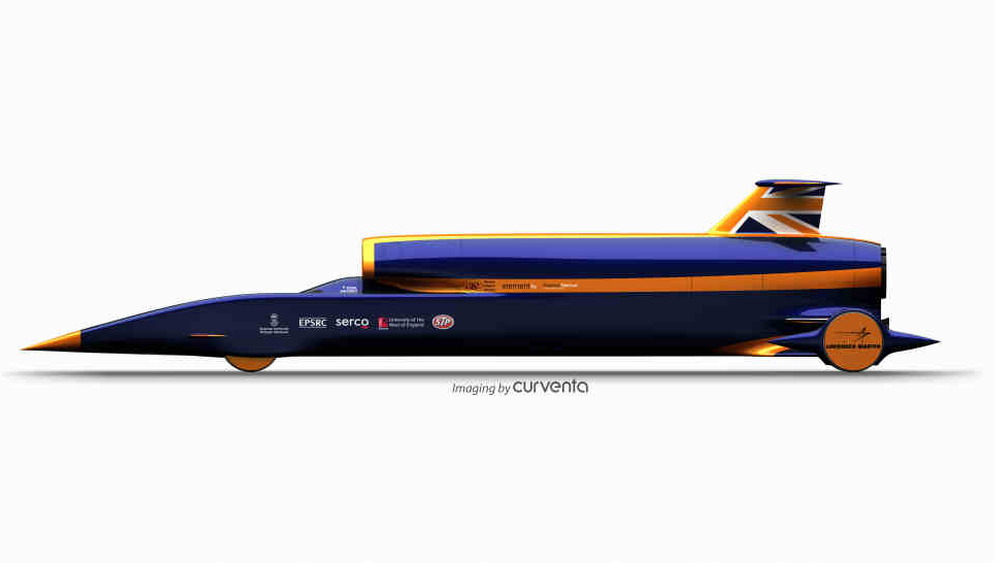 8
photos
Apparently, it does. The Bloodhound SSC, which generates an astonishing 47,000 pounds of thrust through a rocket motor fed by an F1 engine used as a fuel pump, will go carbon neutral for its land speed record attempt, the team announced today.

How, exactly, does a hydrocarbon-spewing monster with no practical purpose manage to go carbon neutral? Through sponsorship from a carbon offset company, of course. Carbon Neutral Investments (CNI) has signed on to help offset the plumes of rocket smoke that will be generated in the Bloodhound's further testing, and, ultimately, in the land speed record run itself.

The team's leader, Richard Noble (a former land speed record holder himself), said "It has been a long held ambition of the BLOODHOUND team to deliver this amazing engineering adventure and new world land speed record without leaving any lasting mark on the environment.  With CNI, we go above and beyond that ambition by partnering with a world leader in carbon off-setting with very specialist experience in high-octane ventures, providing the perfect fit for making the project carbon neutral."

While the idea of paying someone else to save carbon emissions in some area other than where you're emitting it (in vast quantities) seems a bit circuitous--and many doubt their ultimate effectiveness--it's at least a nod to the idea that we're all responsible for this little damp rock we inhabit.

As for CNI, the company is also partnered with Sauber F1, Vodafone McLaren Mercedes F1, and the Make A Wish Foundation UK. It provides emissions reduction offsets through wind power, hydro power, renewable biomass, forestation, and efficient stoves, and offers credits for for each metric ton of carbon dioxide offset by its projects.

Follow the link for the full details on the Bloodhound SSC's shot at 1,000-mph.