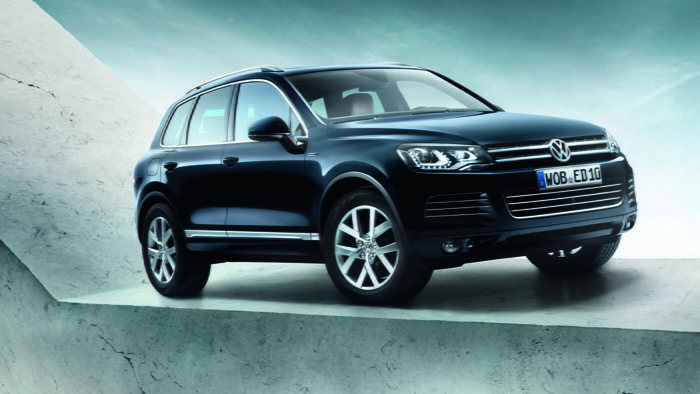 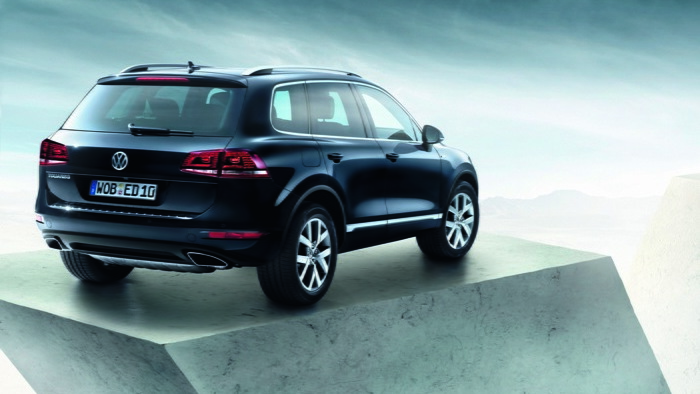 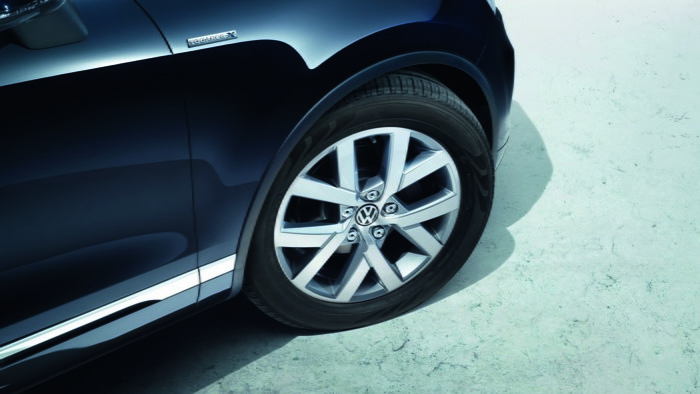 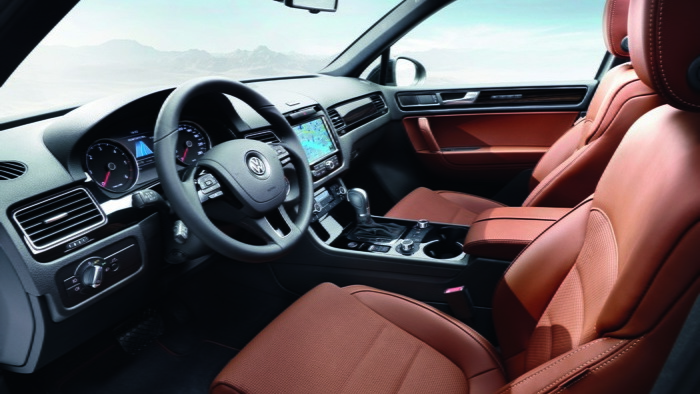 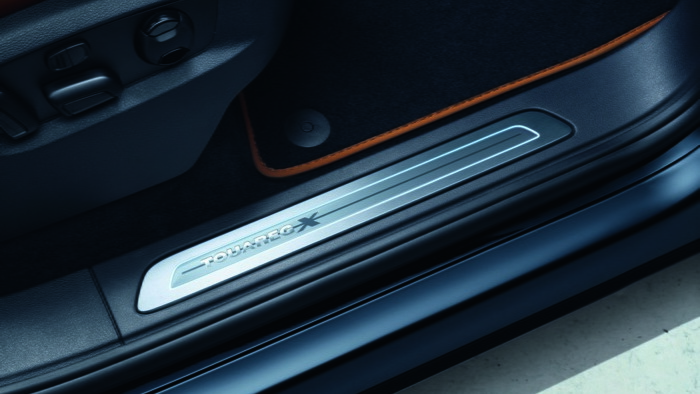 5
photos
It’s hard to imagine, but the Volkswagen Touareg SUV, cousin to the Porsche Cayenne, has been in production for ten years now. While tradition calls for a celebratory gift of tin or aluminum for the tenth anniversary, Volkswagen is marking the occasion with a special Touareg Edition X for its loyal fans.

Inside, the Touareg X ups its game to provide first class accommodations. Napa leather, in amber brown, is used for seating surfaces and trim, while real ebony graces the doors and instrument panel. Door sills wear an illuminated “Touareg X” logo, while contrasting stitching is used to adorn the steering wheel, shift boot and floor mats.

Buyers get a choice of powertrains, including TDI and hybrid variants. It’s unclear whether or not Volkswagen will offer the Touareg X to customers in the United States, but European pricing begins at 61,205 euros ($79,680) for a Touareg X with the V-6 TDI engine and eight-speed automatic transmission.