In 1968, Chevrolet replaced the shortest-lived Corvette (the C2, produced for model years 1963-1967) with what would turn out to be the longest-lived variant, the C3. Still iconic in its shape, the C3 Corvette remained in production from model years 1968 through 1982.

In performance terms, those weren’t the best years for automakers. Tightening emission controls strangled horsepower, and a series of fuel crises made buyers more concerned about miles per gallon than miles per hour. While competitive for their time, C3 Corvettes (with few exceptions) are better known for their styling than their speed or handling.

No Corvettes were sold during the 1983 model year, but Chevrolet stunned the world in 1984 with the introduction of the C4 Corvette. Considered revolutionary for its time, the C4 was frequently cited as proof that America could indeed build a world-class performance car. 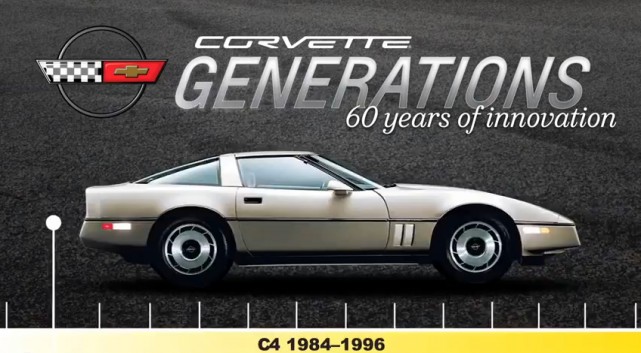 Its price tag, however, was staggering, with the 1990 ZR1 hitting the market at a price of $58,995, nearly double what a base Corvette sold for. Still, nearly 7,000 C4 Corvette ZR1s were sold, and clean examples today still command a healthy price (although few original buyers have been able to turn a profit).

While the C4 may not have the same staying power as the C3, it paved the way for future Corvette models, beginning with the launch of the C5 in 1997. Look for the next installment in the Corvette Generations series to cover the C5 in detail.