Despite coming from a shared design, the Scion FR-S and the Subaru BRZ came to market in the United States with completely different sales philosophies, aimed at slightly different demographics.

The Subaru BRZ would be better-equipped, with base “Premium” models including things like navigation as a standard feature. Priced higher than the Scion FR-S, the Subaru coupe was pitched to a more mature (i.e., wealthier) audience and would be available in limited quantities.

The Scion FR-S, on the other hand, would be less well-equipped, but priced at a lower point of entry and pitched to Scion’s target demographic of younger buyers. Unlike the Subaru, the Scion would be produced in larger quantities, ensuring that there was plenty of inventory to meet demand.

Word on the street was that Subaru had already pre-sold its initial allocation, which meant that Scion dealers were free to tack on “additional dealer markup” to available inventory as they saw fit. We’ve seen Scion dealers asking as much as $5k over sticker, and we’ve yet to see a single Subaru BRZ on the road or in a dealership. 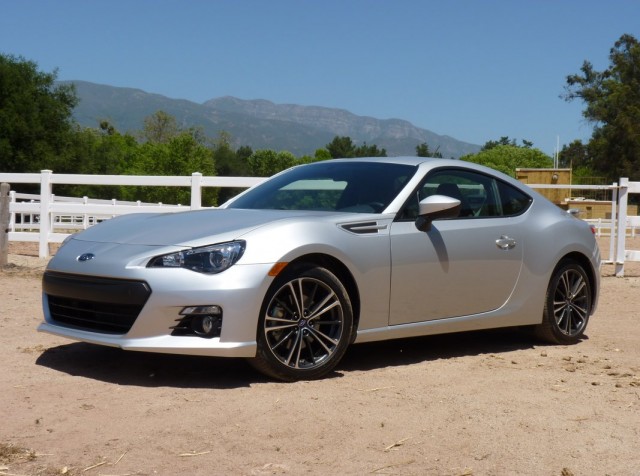 Now comes word from USA Today that the opposite may be true, at least in some parts of the country. Ready availability of the less-expensive Scion prompted Subaru to offer a $400 incentive on the BRZ in June, while no discounts or incentives were offered on the Scion, which seems to be selling well, even at pricing above sticker.

To date, the average transaction price for the Subaru BRZ has been $29,085, compared to $25,653 for the Scion FR-S, which likely indicates that Subaru is selling more of its range-topping BRZ Limited than its BRZ Premium.