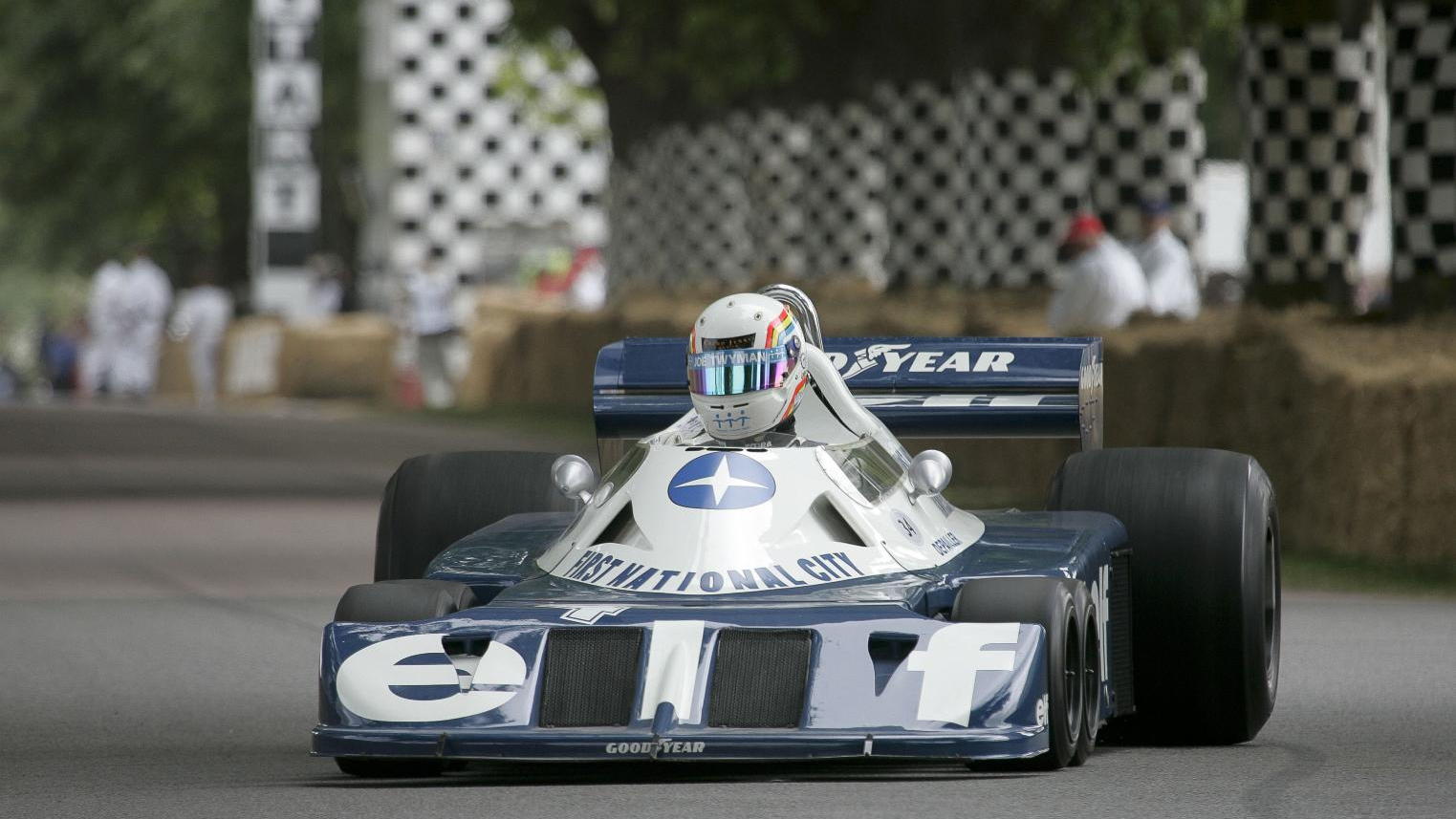 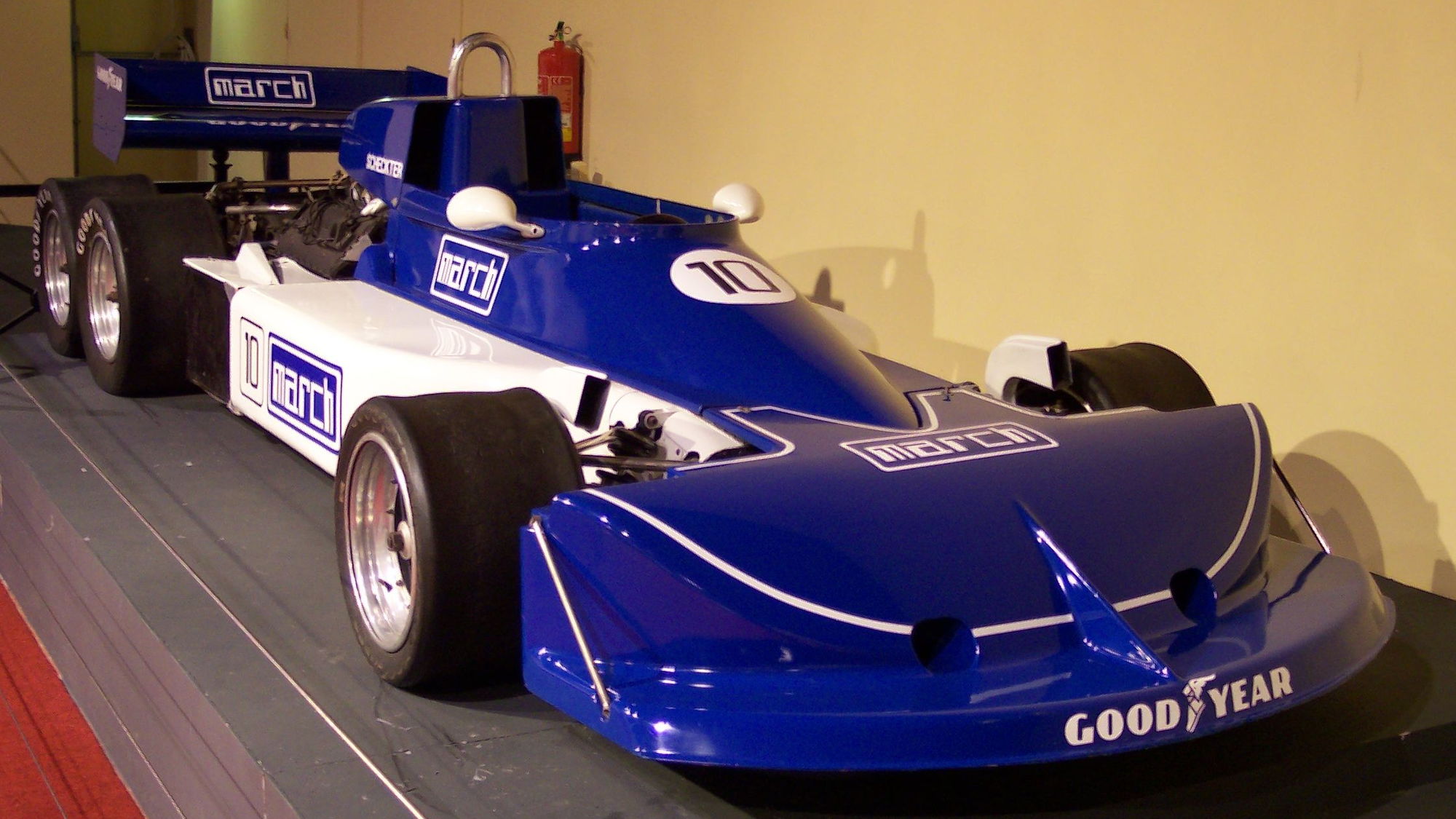 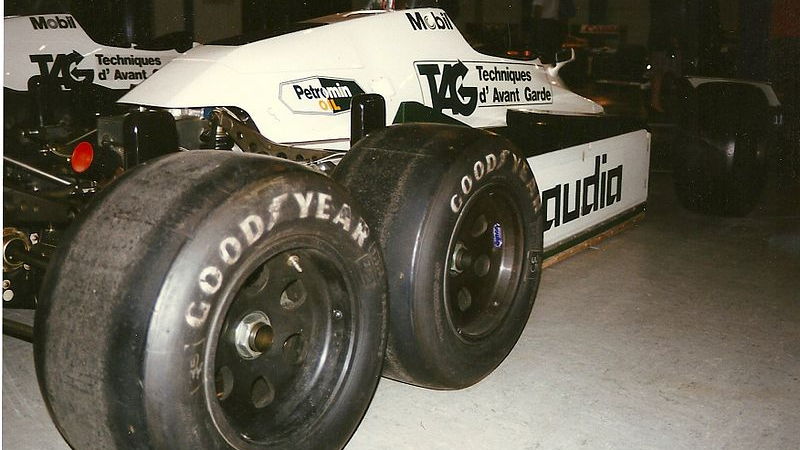 3
photos
The Goodwood Festival of Speed is a nearly religious experience for the dedicated motorsports fan, and this year, it will feature a holy trinity of its own: three of the six-wheeled F1 cars, gathered in one place for the first time in history.

Three six-wheeled F1 cars, you say? Why yes, though only one ever saw official race time. The most famous of the trio, the Tyrell P34, will be there, sporting its large rear wheels and four tiny fronts. The other two, the March 2-4-0 and Williams FW08B, feature two normal-sized wheels up front and four at the rear.
The collection is a historic assembly of oddly assembled cars, to be sure, but it's not an exhaustive list of six-wheeled F1 cars. Williams' first six-wheeler, the FW07D, won't be in attendance. The FW08B, though tested once, was banned before it could race.

Why go with six wheels at all? To reduce drag and increase grip, of course. The Tyrell sought to do this at the front of the car with tiny 10-inch Goodyear tires, while the March and Williams used front tires and wheels on the rear, reducing their profile while increasing available grip for acceleration.

Though the March and Williams never raced, they were reputed to be very well-balanced (evading the understeer you might expect through setup), with massive traction out of slow corners. Their main issue, however, was with weight: the extra hardware necessary for the extra driveshafts, suspension, and the wheels and tires themselves, was next to impossible to offset elsewhere.

Despite their short, bizarre history, these six-wheeled racers are a testament to the engineering and creative thinking in F1 during the late 1970s and early 1980s--and a reminder that the series wasn't always so locked-down and millimeter-regulated as it is now.