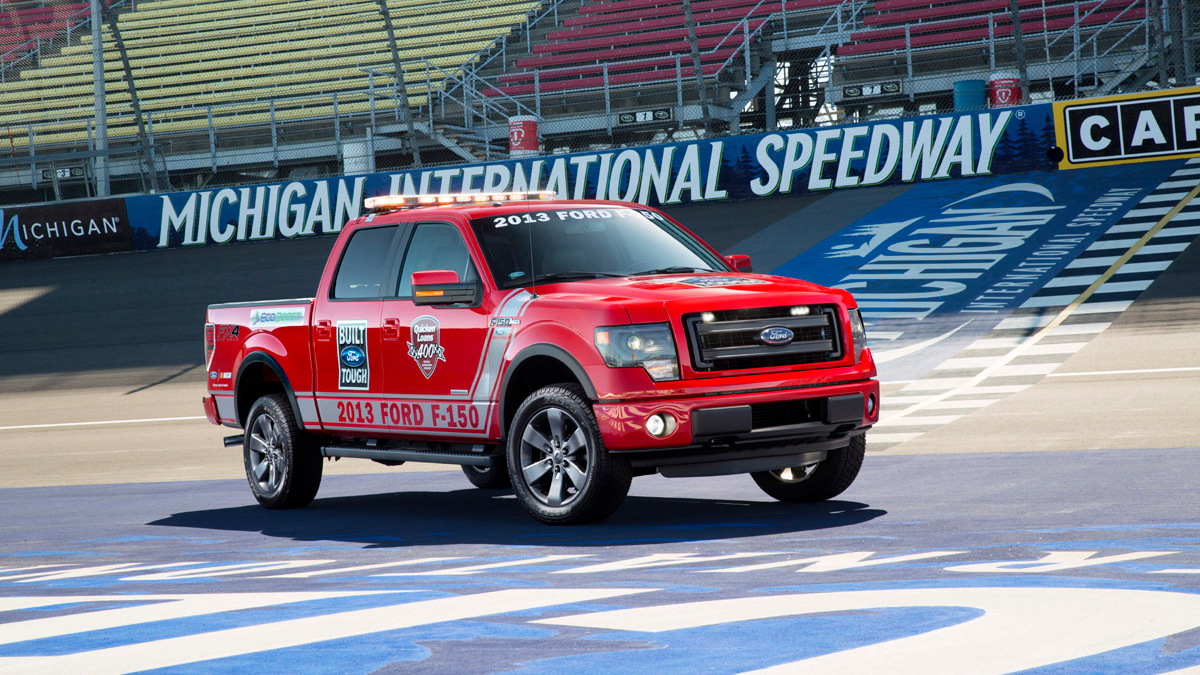 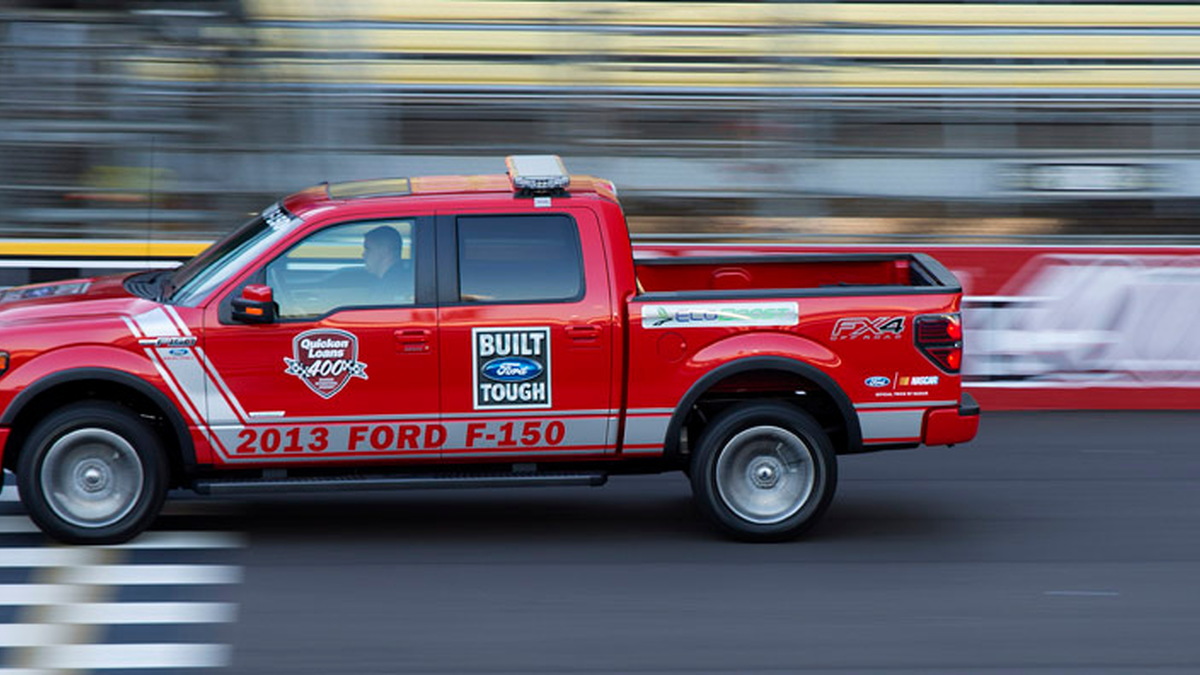 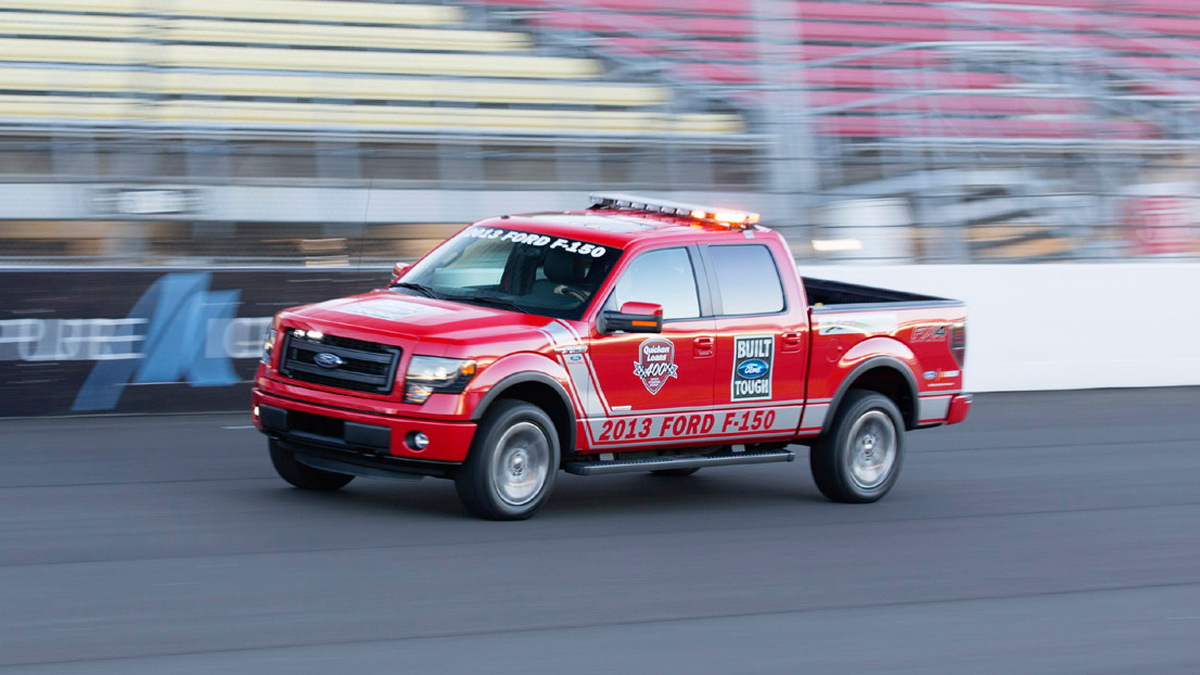 3
photos
If you think full-size pickups are just for tradesmen, ranchers and those needing to haul boats, trailers or race cars, think again. Proving that pickups can also haul something else, Ford has announced that the official pace truck of Sunday’s NASCAR Sprint Cup Race at Michigan International Speedway will be the 2013 Ford F-150 FX4 EcoBoost.

EcoBoost F-150 models come with a twin-turbo V-6 engine, rated at 365 horsepower and 420 pound-feet of torque, which is enough to propel the pickup from 0-60 mph in less than seven seconds. EcoBoost models also get an EPA rating of 16 mpg city and 22 mpg highway, which is impressive given the truck's output.

The FX4 trim level sports a new grille and available HID projector headlamps. Inside, SYNC is standard and there’s a new, enhanced 4.2-inch infotainment display. Opt for SYNC with MyFord Touch, and you’ll get an all-new 8-inch infotainment screen and a media hub with USB, SD card and audio / video in jacks.

Hill descent control is now standard on FX4 models, too, although we seriously doubt that will come in handy for pace truck duties. Behind the wheel of the Ford F150 FX4 pace truck will be none other than Mark Fields, Ford’s president of the Americas, who will repeat last year’s performance as pace car driver for the Michigan race.