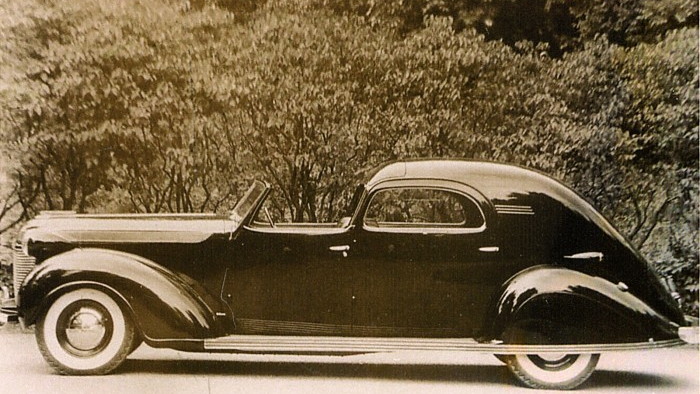 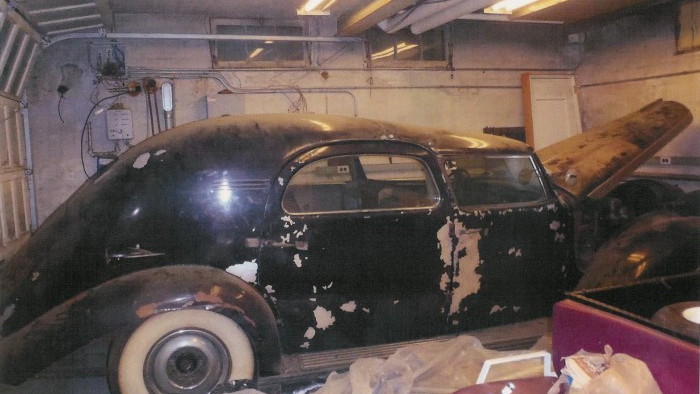 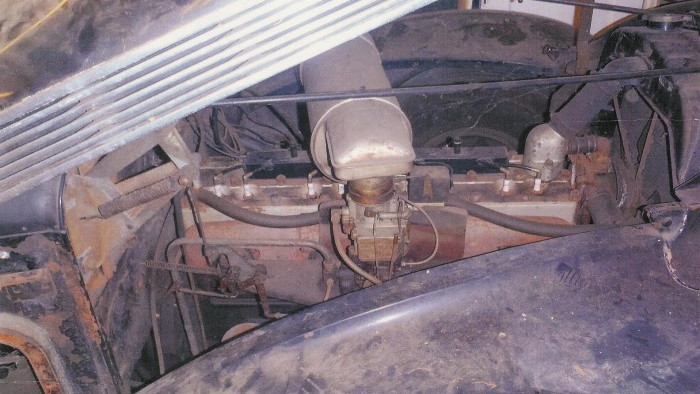 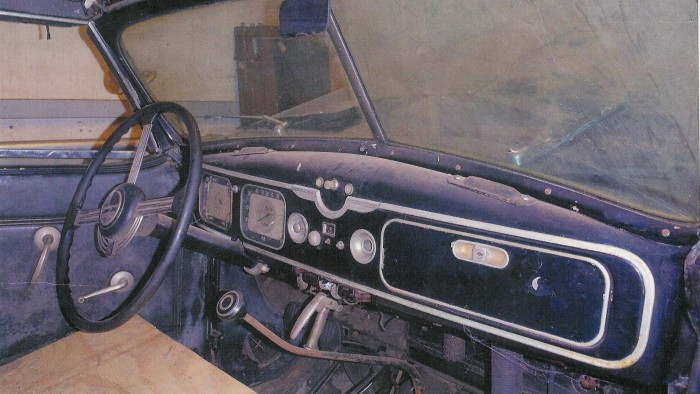 As Wheels explains, the car was donated to the Suffolk County Vanderbilt Museum in 1959, a gift from car collector Harry Gilbert. Displayed sporadically until 1986 (the last time the car’s straight-eight engine was started), the car never received the kind of care necessary for preservation.

Enter Kroplick, who also happens to be a volunteer at the Vanderbilt Estate. He began to research the custom Chrysler Imperial while working on an exhibition covering the Vanderbilt Cup road races, and contacted the museum about buying the car.

It took a while before the museum agreed to the sale, offering it in a private auction last year. Kroplick was the winning bidder, acquiring the one-of-a-kind, 25,000 mile car for $275,000. That’s quite a bit more than the Museum’s asking price when it first pondered a sale in 1992; Hemmings Motor News says the car found no buyers at a price of $12,000.

Calling it “rich with patina” would be a gross understatement. Covered with a thick layer of dust, the car even had petrifying cigarette butts in the ashtray, perhaps left over from Walter Chrysler or his wife, Della.

Kroplick is now wrestling with the choice to restore the car or preserve it in “as is” condition. Wiped down with a chamois cloth, the car will be displayed, at public urging, in “as is” condition at this weekend’s Greenwich (Connecticut) Concours d’Elegance.

We’re not sure on this one ourselves. While seeing perfectly restored cars is perhaps more visually appealing than seeing those in “survivor” condition, there’s much to be said for preserving history. Once the rust on the exhaust headers is sand-blasted off and the ashtrays are emptied, that history is gone for good.