Last week, we told you about Bill Rietow and John Townsend, a pair of Buick engineers who believe in practicing what they preach. Rietow and Townsend have a hobby that may not be shared by many other Buick owners: they race a Buick Regal GS in open road rallies.

In September 2011, the duo ran the Silver State Classic Challenge in a stock Buick Regal GS. Competing in the 120-mph class, the team took first place honors, finishing within 0.019 seconds of a “perfect” 45:00 time.

Last weekend, Rietow and Townsend managed a second place finish in the Nevada Open Road Challenge, which uses the same closed-for-the-event public roads as the Silver State Classic. To make things more interesting, the team entered in the 135 mph class, which allows a maximum top speed of 165 mph. 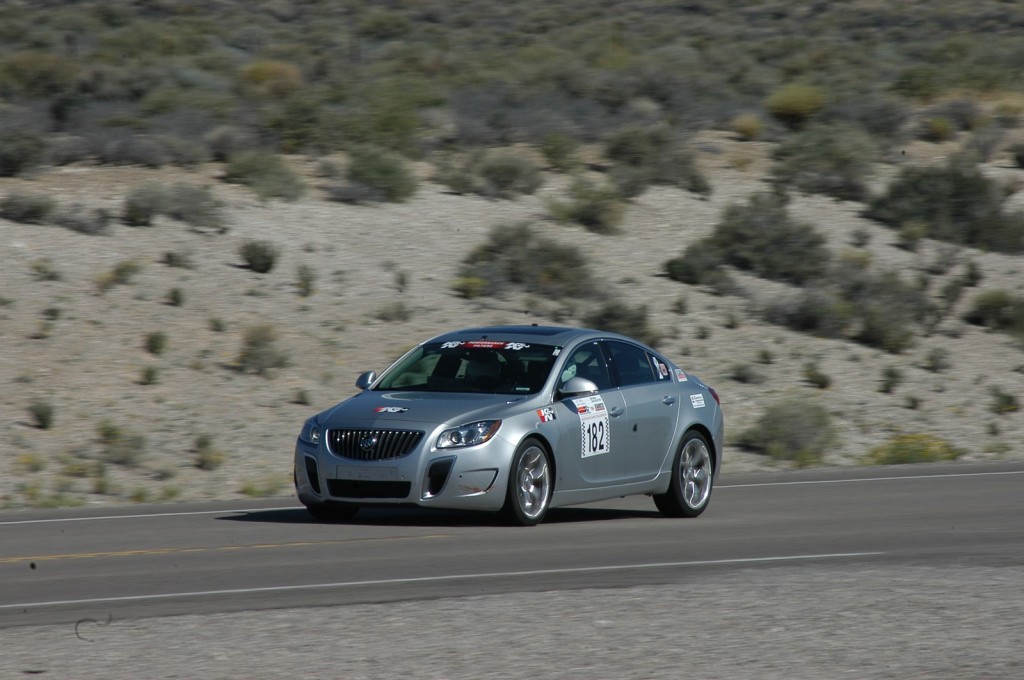 Here’s where we eat crow: last week, we said that 165 mph was “well beyond the reach of a stock Regal GS.” It turns out that it isn’t, as a course radar gun clocked Rietow and Townsend at a speed of 162 mph, which is about as close to the 165 mph cap as you’d dare run. In the future, we’ll acknowledge that the Regal GS’ top speed is “in excess of” 162 mph.

Rietow and Townsend completed the course distance within 0.4 seconds of the ideal 40:00 time, which requires perfect coordination and good communication between navigator (Townsend) and driver (Rietow). The Regal GS entered was stock, except for safety modifications (roll bar, five-point harnesses) and data collection computers.