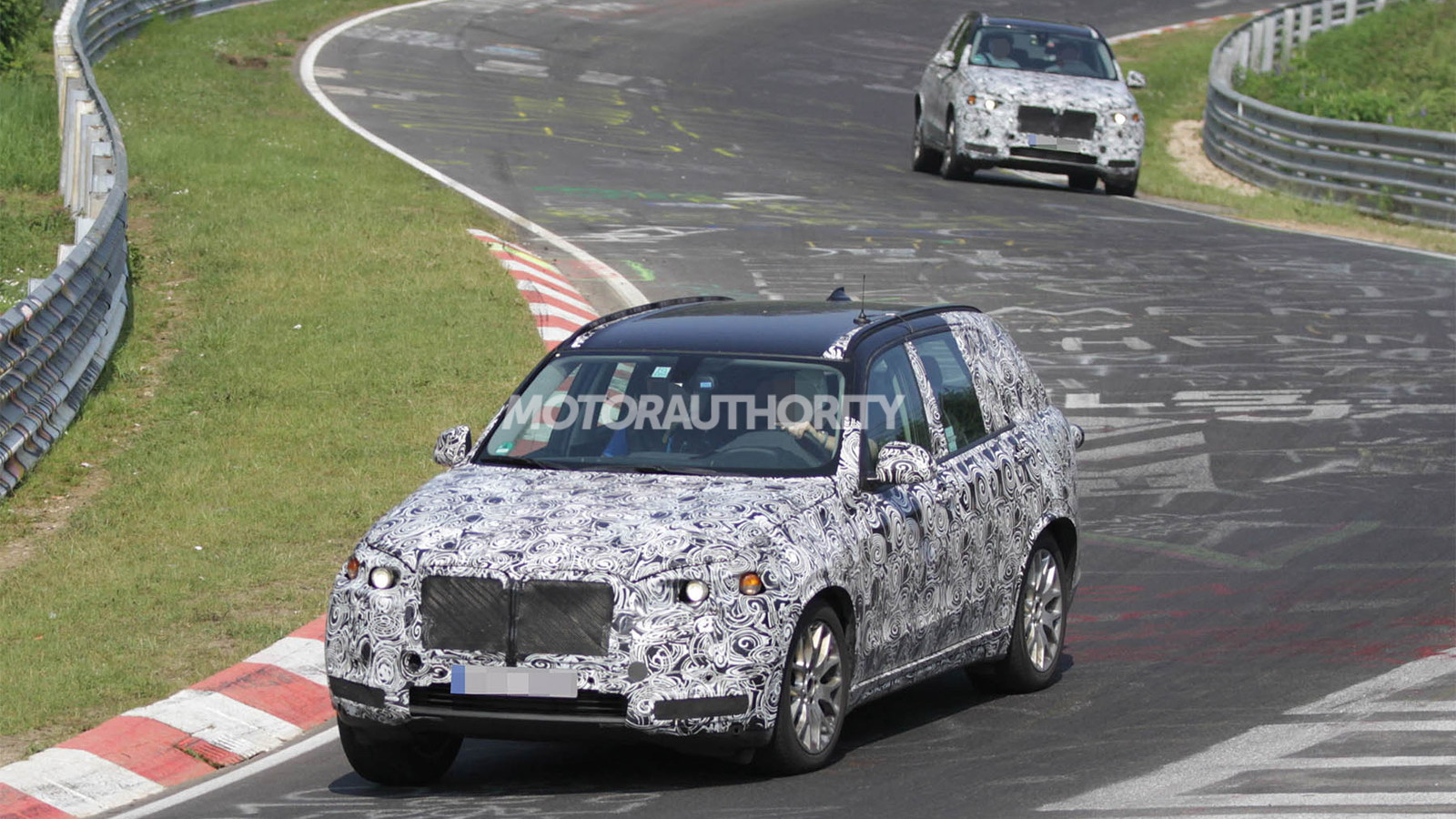 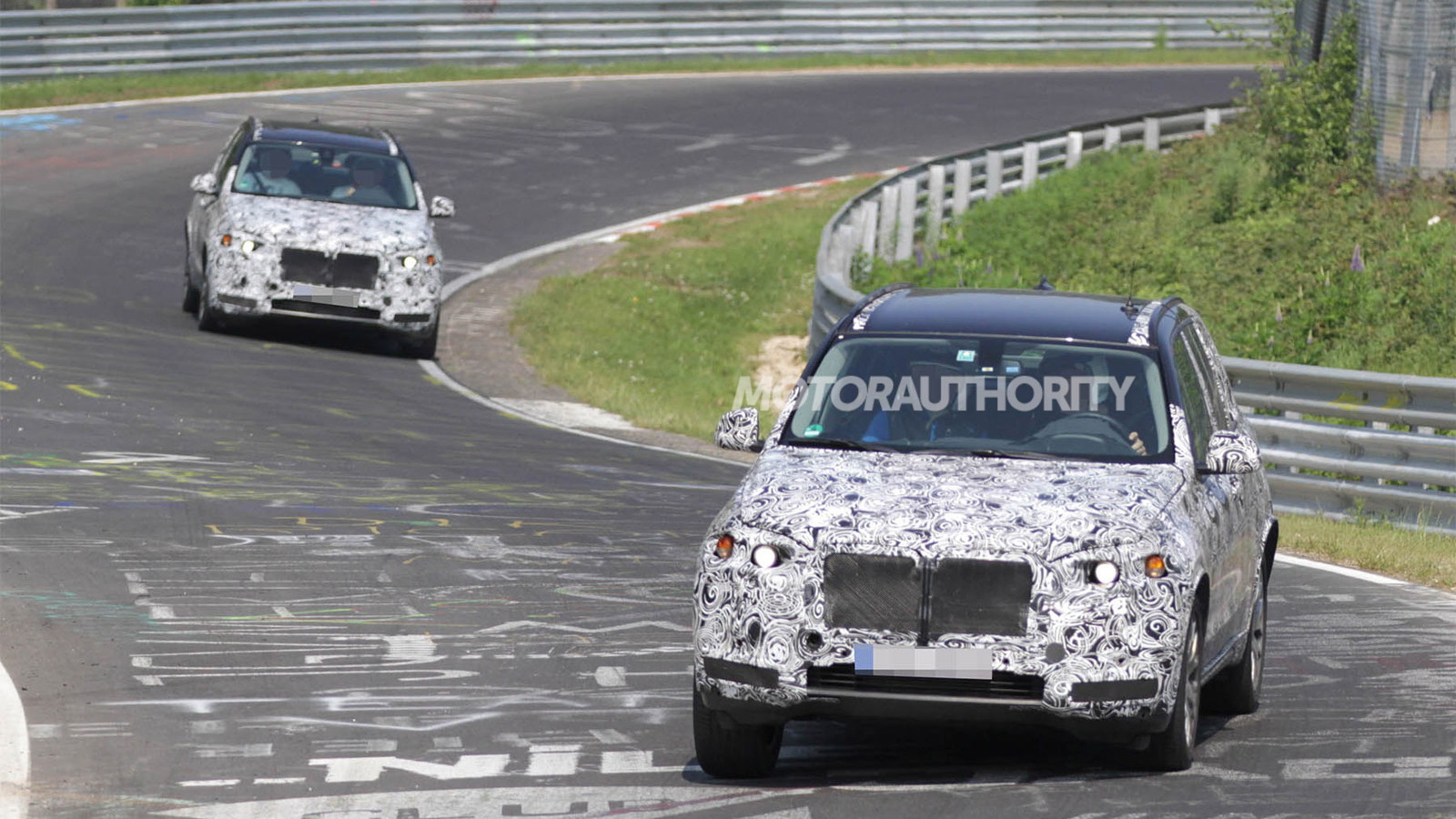 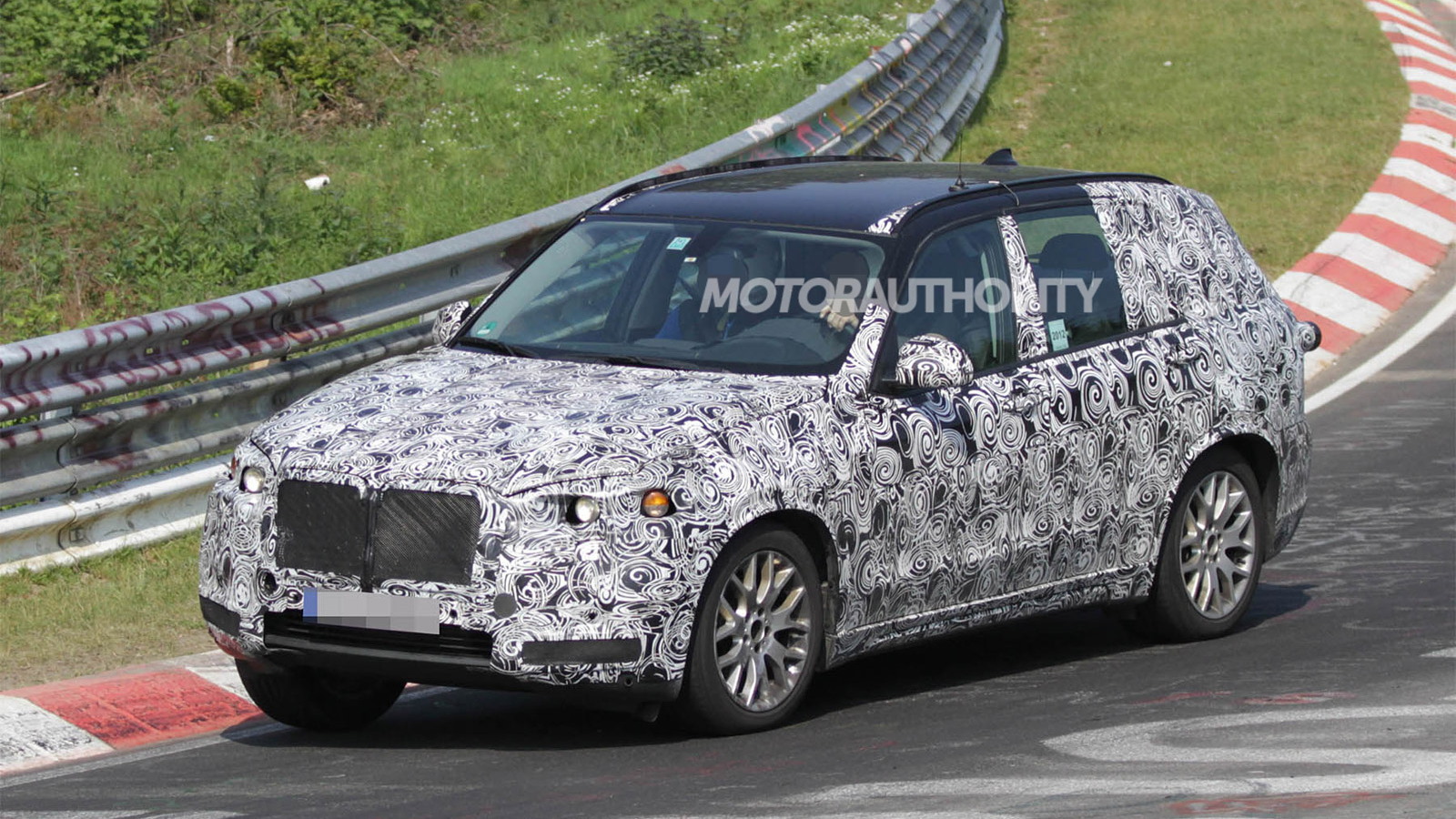 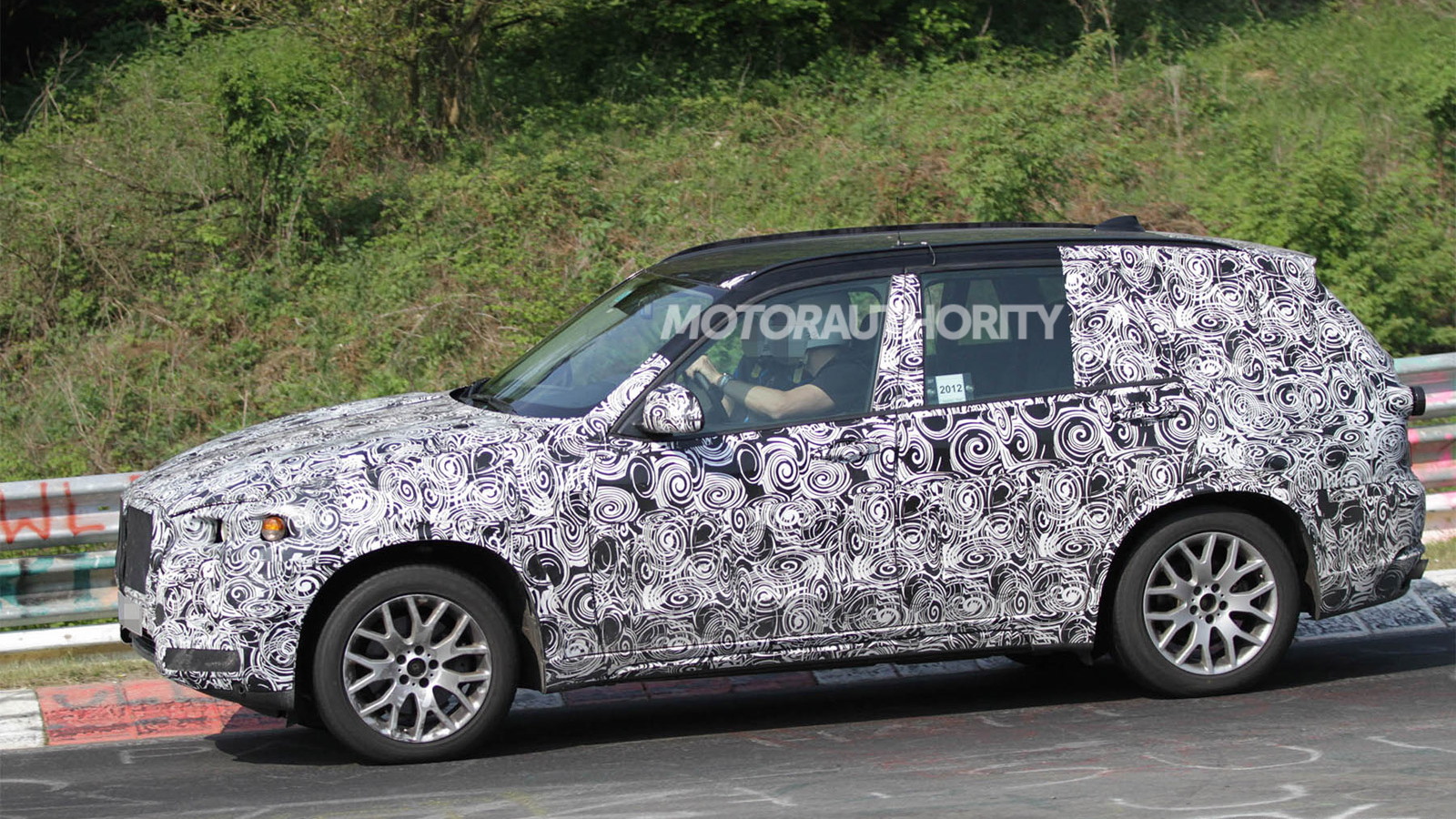 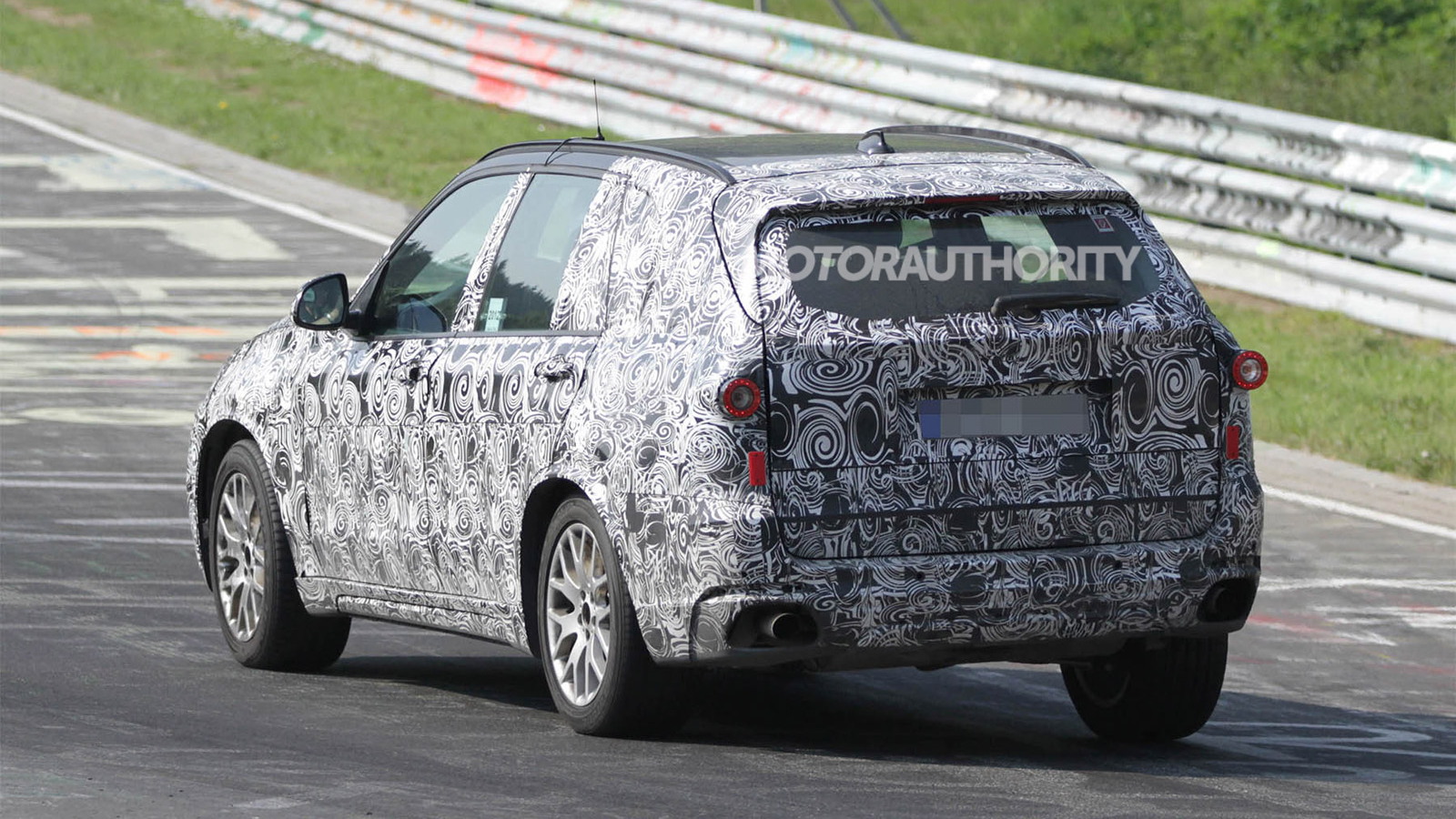 15
photos
BMW’s third-generation X5 SUV has been spotted testing in prototype form and we now have an exclusive spy video of it completing some high-speed runs on Germany's Nürburgring race track.

Weight reduction, as with other recent BMW models, will likely come through the use of high-tech steel, more aluminum, and smarter design.

Cutting weight is, after all, one of the best ways to get more efficiency out of a given vehicle while preserving or even enhancing performance, and both are important to BMW and X5 buyers.

Starting with the advances made on the F10 5-Series platform, a version of which is expected to underpin the new 2014 X5, will help the SUV's high-performance handling.

Weight savings of up to 450 pounds over the current model are possible.

As for powertrains, expect an eight-speed automatic transmission paired with a variety of turbocharged engines, including inline six-cylinder and V-8s. A turbocharged four-cylinder is possible, as used in the new 528i, but perhaps unlikely given the X5's still-greater mass.

A diesel version will also be available, likely even in the United States, with an evolution of the M Performance model coming to the current X5 range soon possible as well. An X5 M is possible, as well, though given small volumes, high costs, and low fuel economy, it may not see another generation.

The 2014 X5 is also likely to get an ActiveHybrid variant, with this model perhaps the best candidate for use of the turbocharged four-cylinder, since the electric component of the hybrid system helping with low-end torque and the turbocharged gas engine delivering good cruising fuel economy. On the other hand, the six-cylinder setup used in the ActiveHybrid 5 and latest ActiveHybrid 7 may be a more natural fit.

The bulky rear may also see a new seven-seat option bring the vehicle in line with some of its competition and help further distinguish it from a new X6 model.

With more than a year until the expected late-2013 debut of the next X5, however, details and specifications are still on the table. By that time a brand new Acura MDX should also be in showrooms, so competition will be fierce.

We'll keep you updated with the latest as we learn what BMW plans for its next X5.