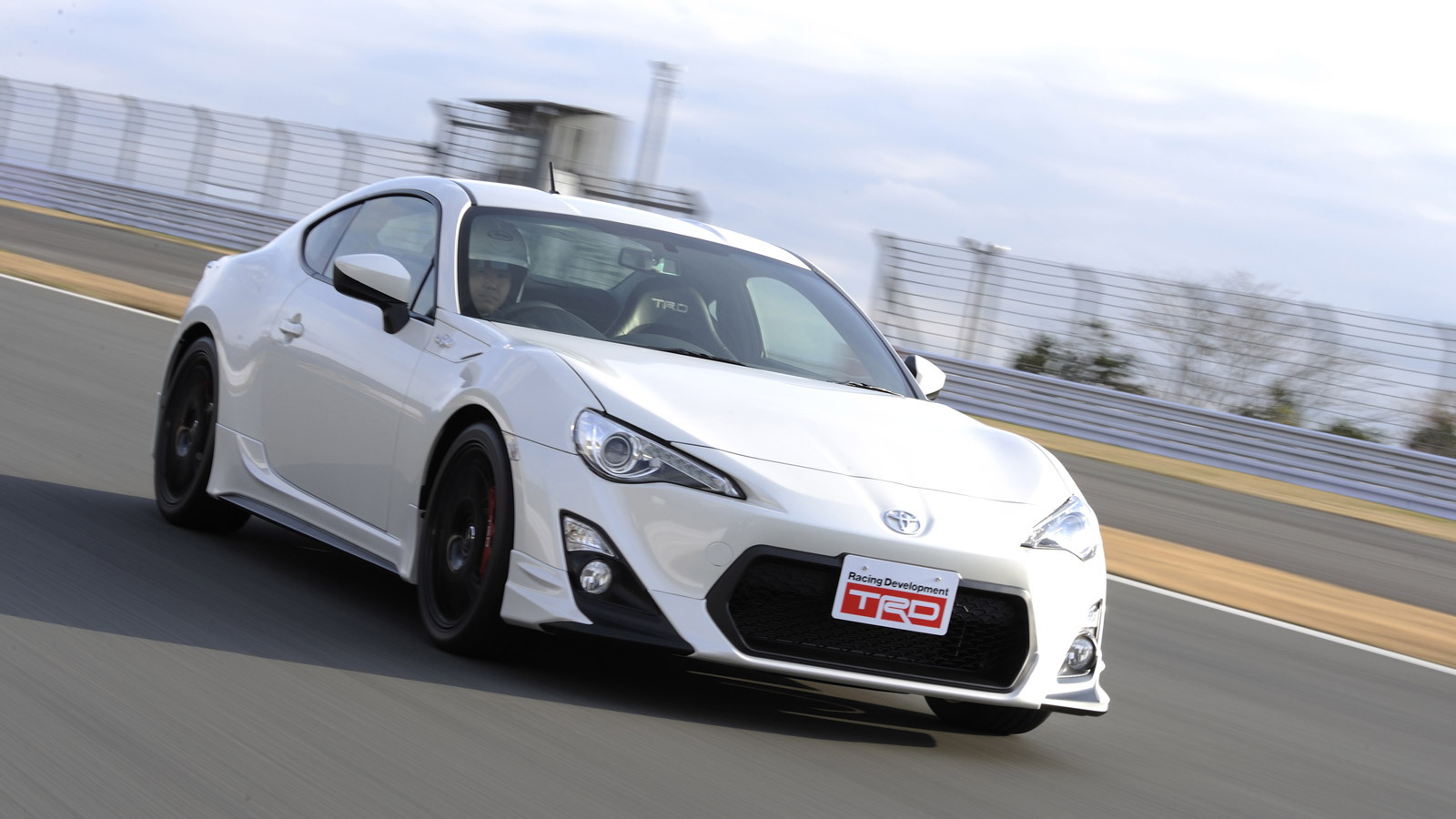 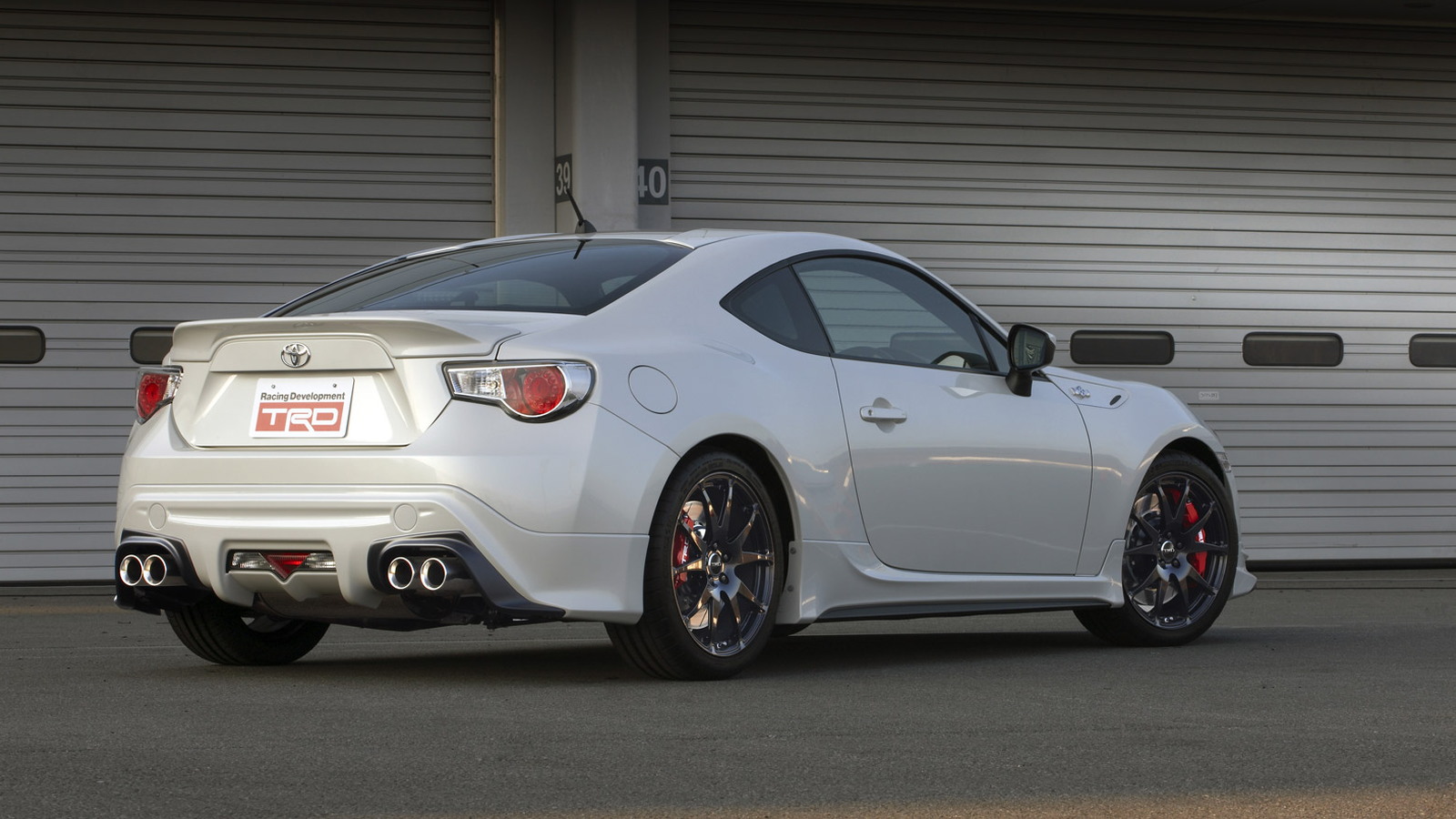 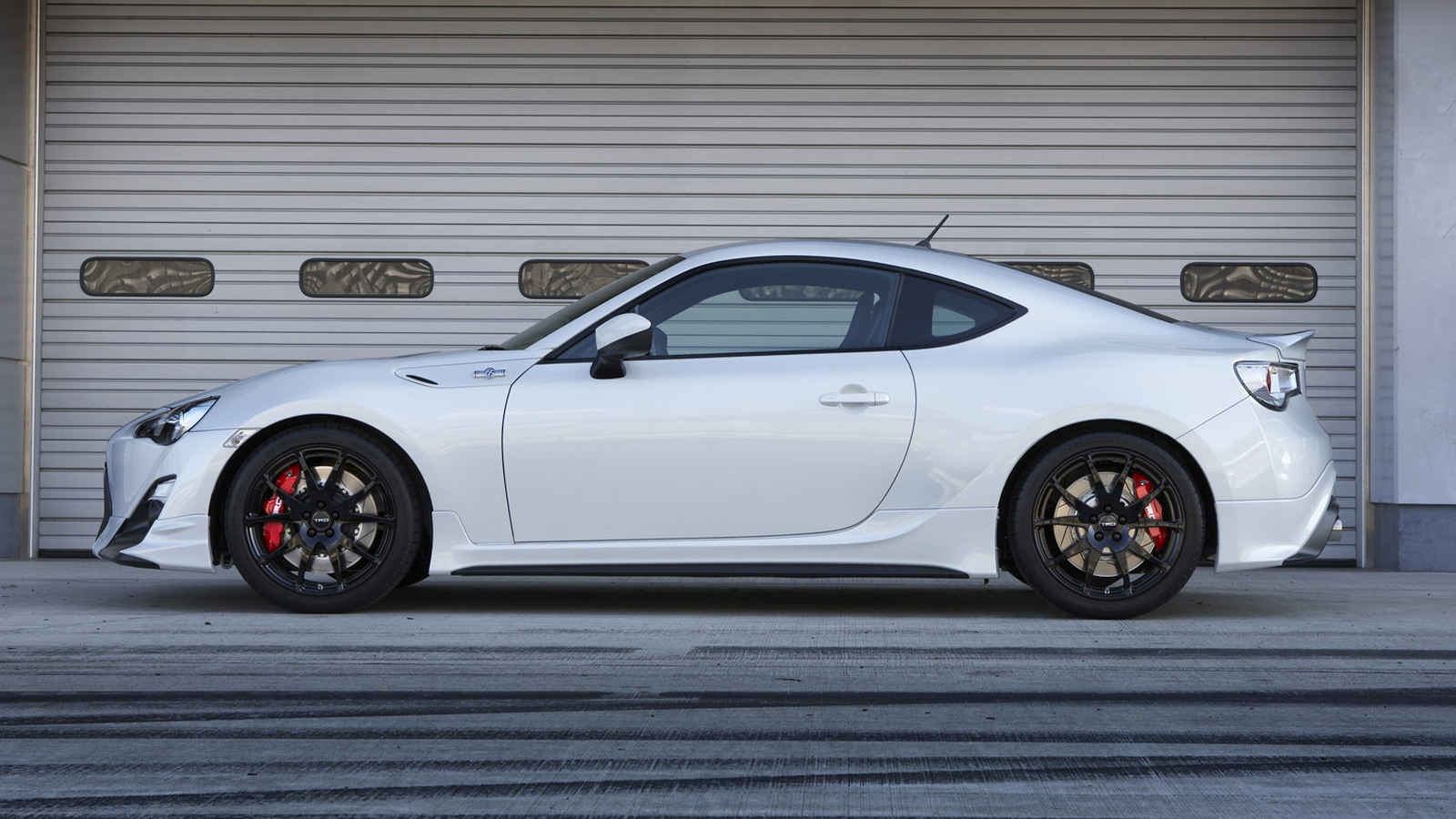 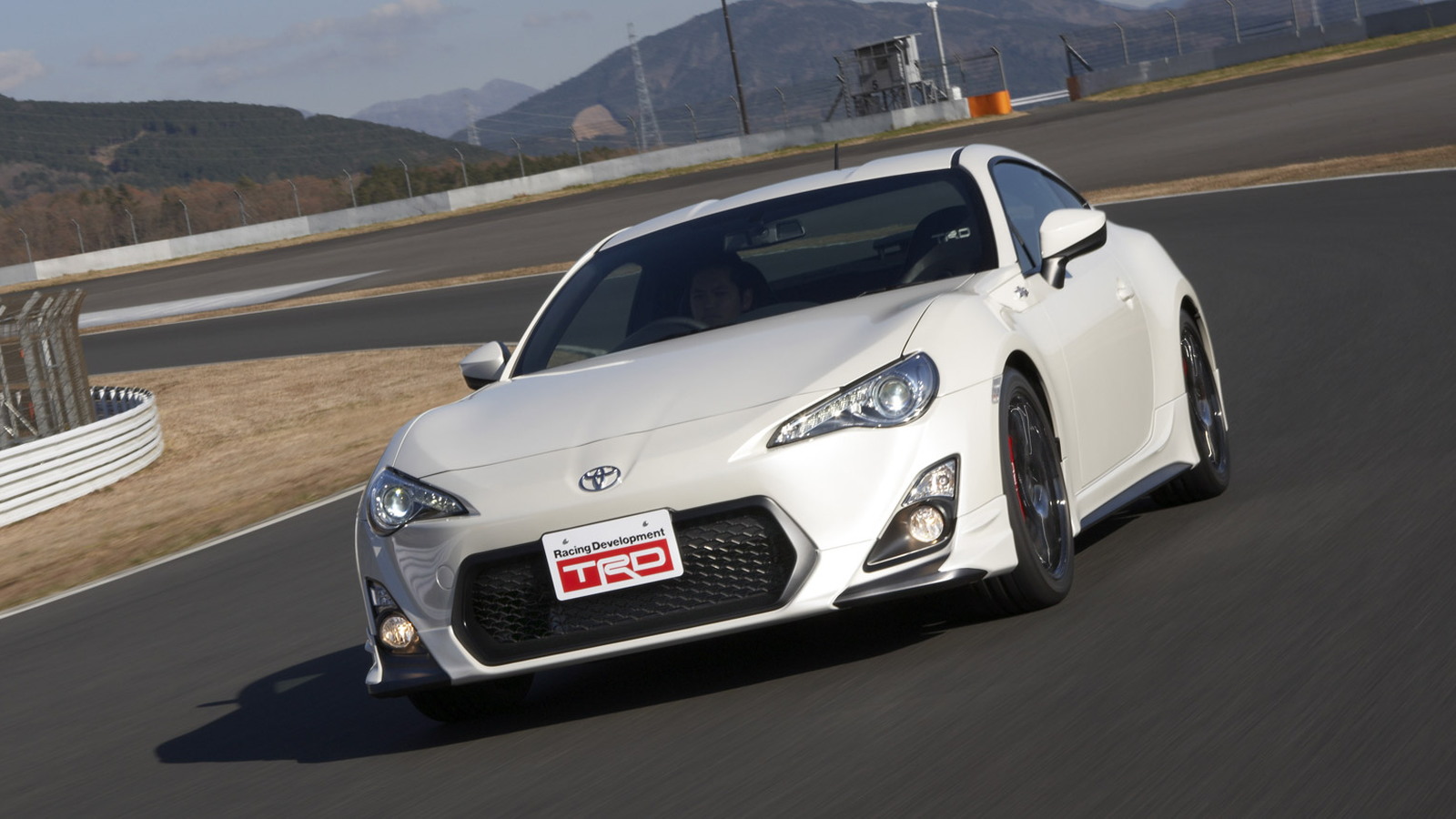 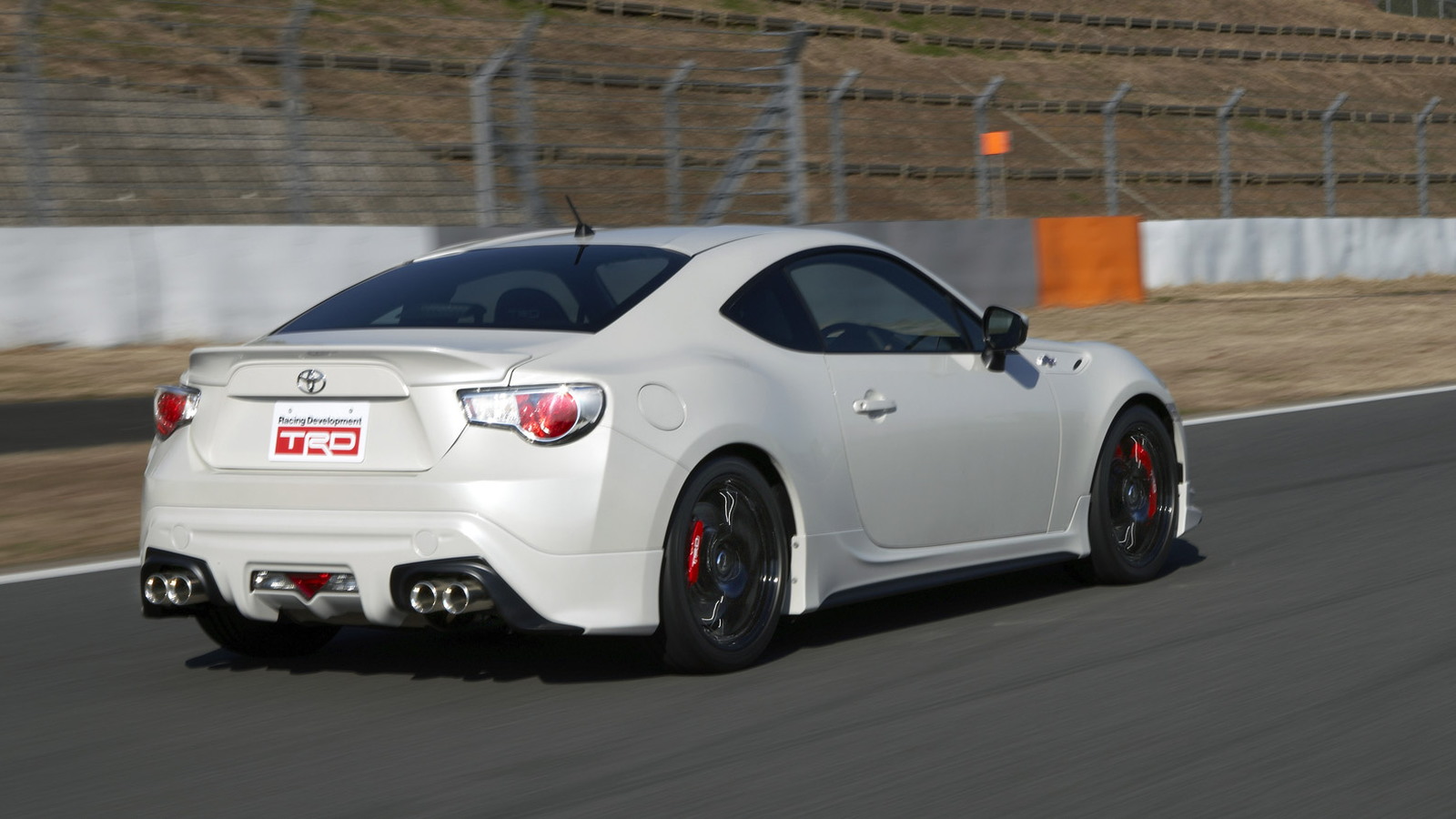 12
photos
It probably comes as little surprise that the new GT 86 sports car, the global version of the U.S. market 2013 Scion FR-S, will be the star of Toyota's stand at the 2012 Tokyo Auto Salon taking place this weekend.

For the uninitiated, the Tokyo Auto Salon is essentially the Japanese version of SEMA and the place where all the top-name tuning firms like HKS, Veilside, and GReddy show off their latest products.

OEMs, too, have been getting in on the action lately and one of the biggest is Toyota Racing Developments (TRD), which will be presenting a modified version of the GT 86.

Key features added to TRD GT 86 include reworked suspension with new front and rear anti-roll bars, a carbon fiber front strut and rear diffuser, additional cross-bracing and a high-flow exhaust system with quad tips. Finished in Satin White Pearl, the coupe gains a full bodykit with skirts and spoilers, plus 18-inch alloy wheels, sporty bucket seats and a number of performance gauges in the cabin.

Toyota’s accessories division Modellista will also be showing off a version of the GT 86, a taste of which we first got back in October thanks to a leak.

While Scion is yet to reveal if any of the modifications will be available on the FR-S, the upgrades do provide a clue as to some possible performance options that may be offered to U.S. customers.

Also on show will be a GT 86 race car prepped by Gazoo Racing, which we’ve already seen spy shots of. It is set to compete at this year’s Nurburgring 24 Hours endurance race. Other notable mentions include a GRMN (Gazoo Racing tuned by MN) Toyota iQ complete with a supercharger kit and 128 horsepower output, a 2013 Prius C dressed by Modellista, and a GRMN Toyota Yaris that develops 178 horsepower thanks to a turbo kit.

At the wilder end of the spectrum, Japan’s Toyota Auto Fan Club has built a solar-electric powered version of the famous 2000GT sports car and the Toyota Engineering Society has crafted the very strange-looking TES-ERA EV electric sports car.

As mentioned, the 2012 Tokyo Auto Salon takes place this weekend. You can catch our full coverage of the event by clicking here.