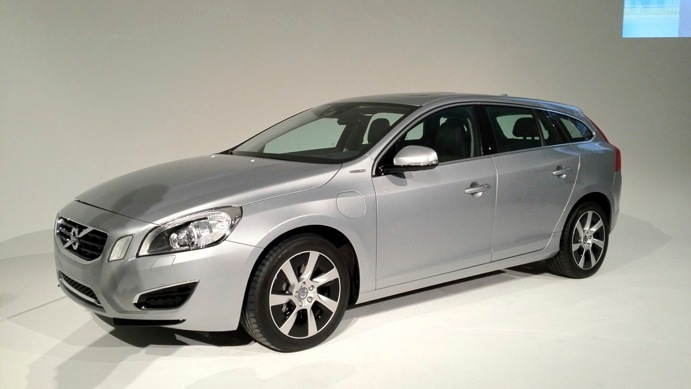 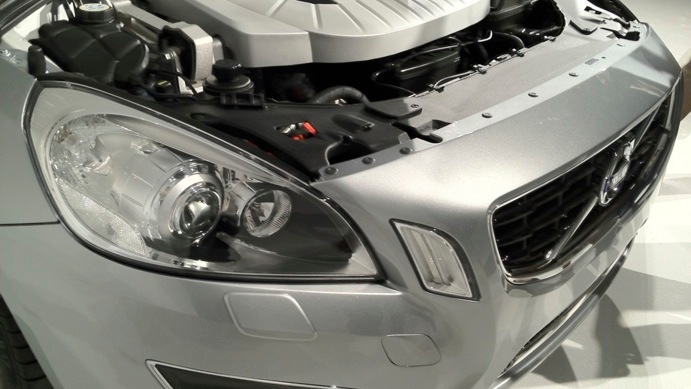 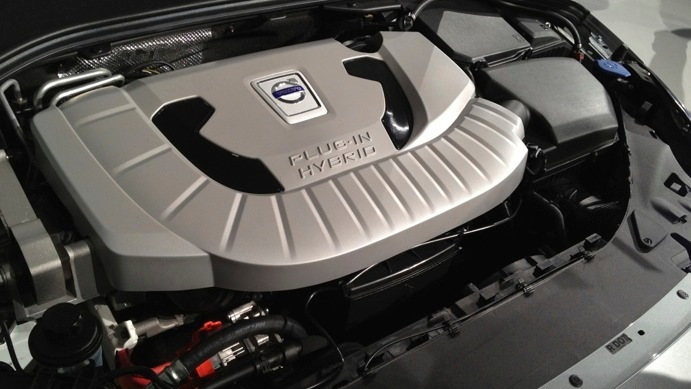 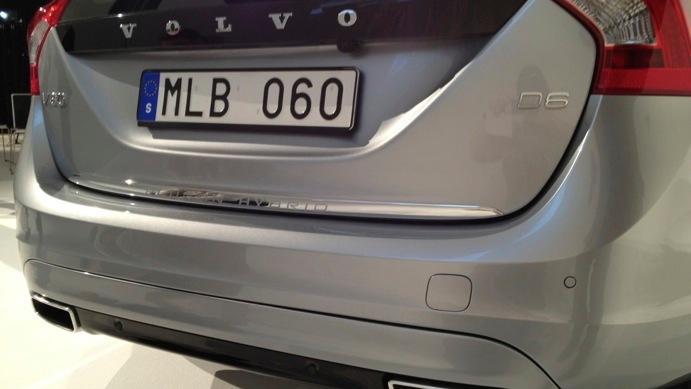 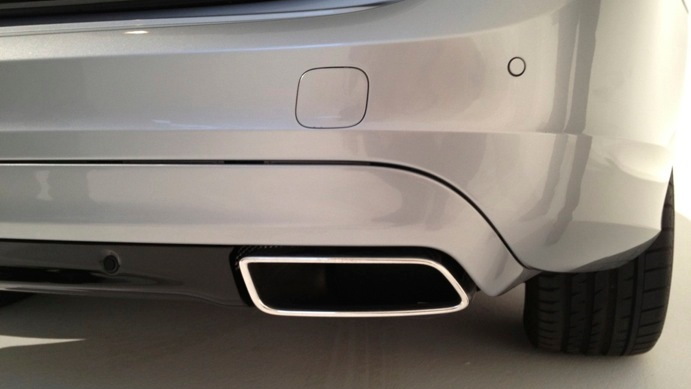 The ultra-frugal wagon is set to go on sale in Europe next year, priced at approximately $70,000.

In the U.S., Volvo has confirmed that a plug-in hybrid will be launched next year though it won’t be a diesel-electric like its European cousin but rather a gas-electric vehicle.

The U.S. version isn’t likely to be based on the V60 wagon platform either, with the S60 sedan or XC60 crossover more likely. More details should be forthcoming at next month’s 2012 Detroit Auto Show where Volvo is expected to make a formal announcement on its U.S. plug-in hybrid plans.

As for the new diesel-electric V60 Plug-In Hybrid, the vehicle features a 2.4-liter five-cylinder turbodiesel engine rated at 215 horsepower and 324 pound-feet of torque sending drive to the front wheels via a six-speed automatic transmission. This works in conjunction with a 70 horsepower electric motor powered by an 11.2 kWh lithium-ion battery and driving the rear wheels.

In this fashion the vehicle performs as a ‘through the road’ hybrid when both powerplants are working, offering the added safety and performance of all-wheel drive. However, to maximize fuel efficiency several different driving modes are offered: Pure, Hybrid or Power.

In Pure mode the car is powered solely by its electric motor as much as possible, offering up to 32 miles of zero-emission driving. The electric range varies with terrain, climate and driving style.

Hybrid is the standard setting whenever the car is started. The diesel engine and electric motor cooperate to ensure optimal balance between driving pleasure and environmental footprint. Total range with a tank full of diesel and the battery at full capacity is 621 miles.

In Power mode the technology is optimized to give the car the maximum possible power. The diesel engine and electric motor have a combined power output of 285 horsepower and torque of 471 pound-feet, which is enough to propel the vehicle from 0-60 mph in just 6.2 seconds.

In European tests the vehicle has achieved an efficiency rating of 124 mpg, though this figure would be somewhat lower if tested under much more conservative EPA conditions.

The interior of the V60 Plug-In Hybrid has black leather upholstery with contrasting stitching and inlays of blue-grey wood. Other distinctive interior details include a leather-covered steering wheel, specially designed floor mats and a gear lever knob with integrated indicator.

Stay tuned for an announcement about a U.S. launch at next month’s 2012 Detroit Auto Show, press days for which commence on January 9. In the meantime, head over to our sister site Green Car Reports for a detailed write-up on the European Volvo V60 Plug-In Hybrid.