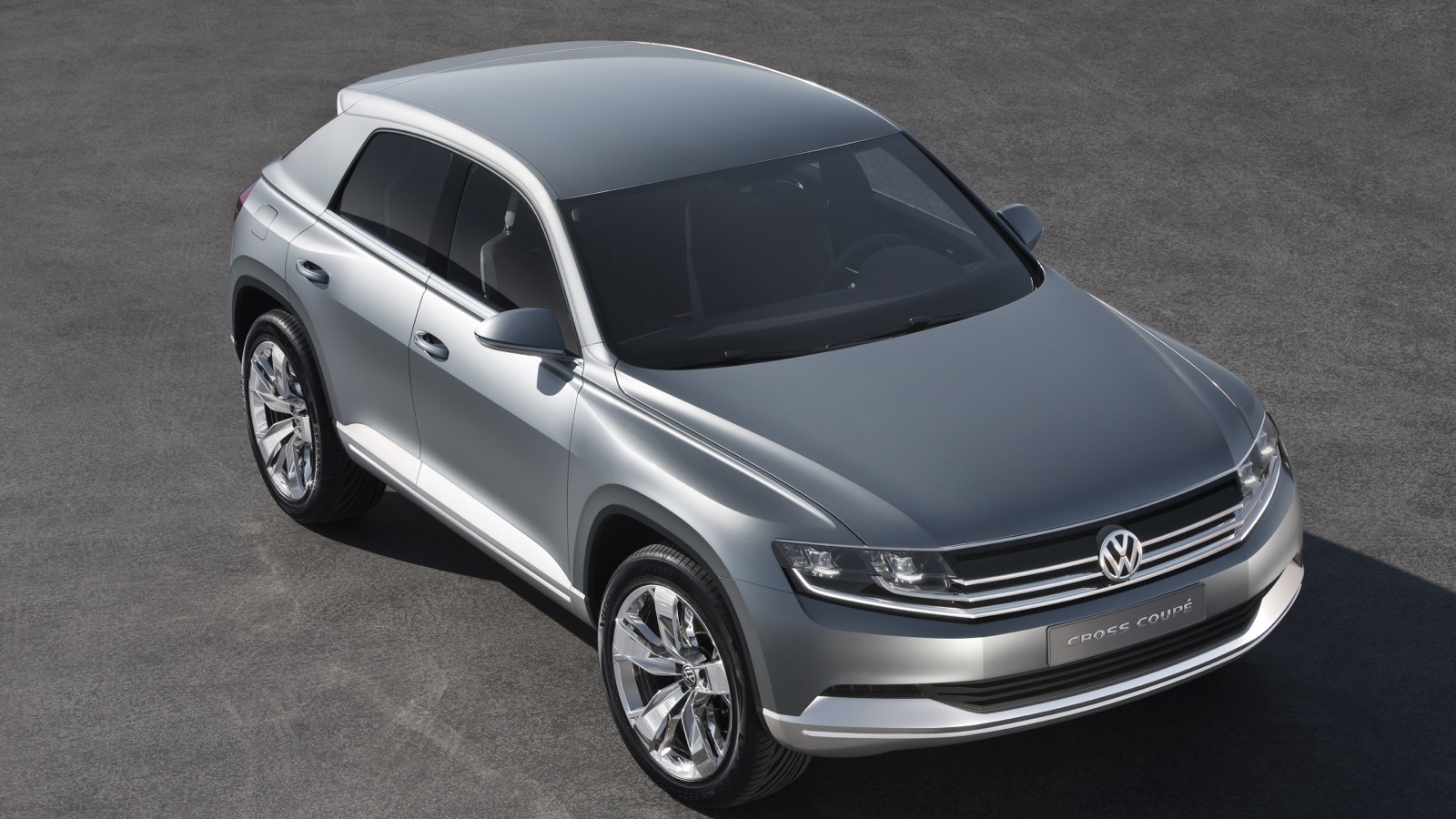 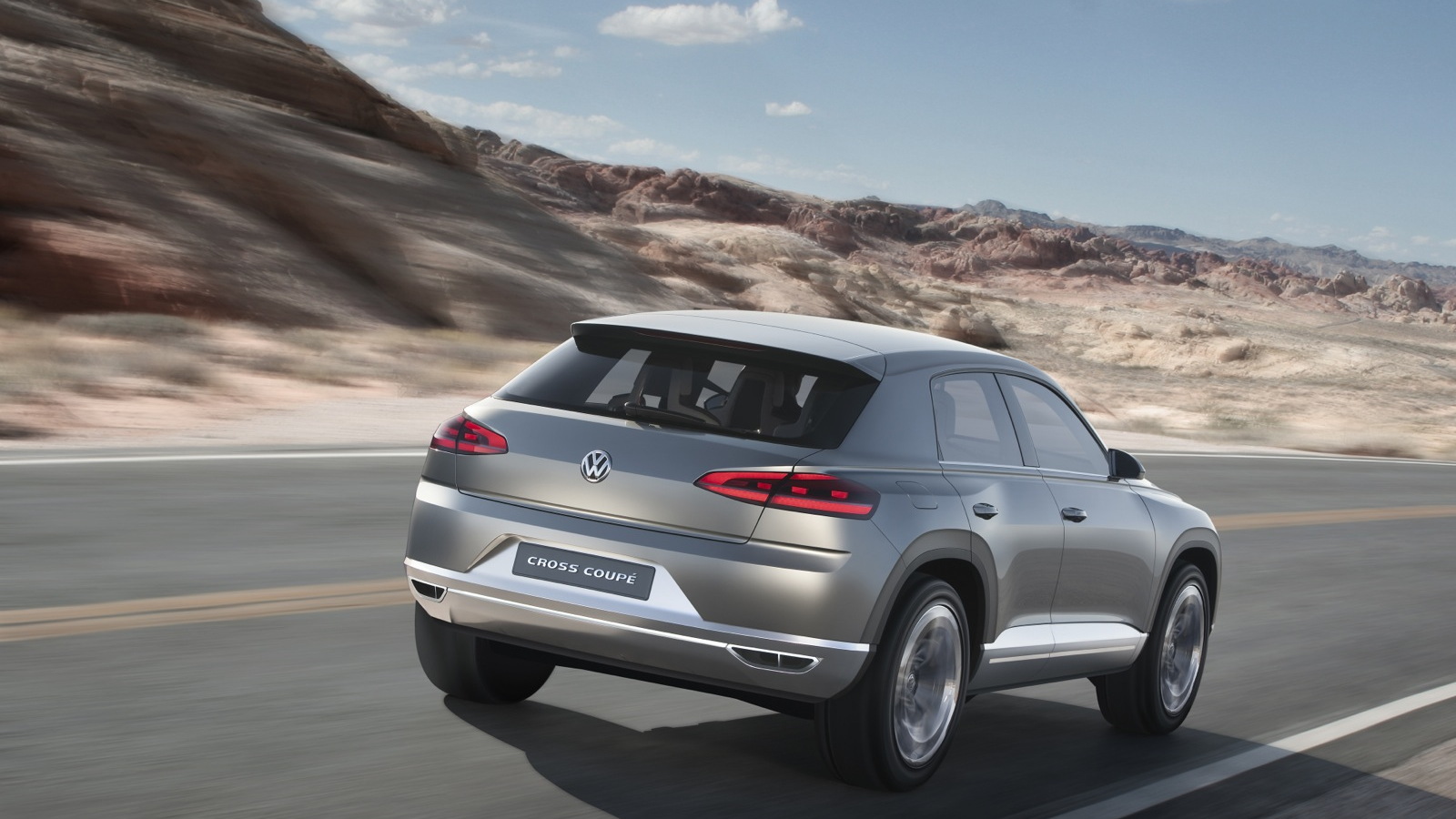 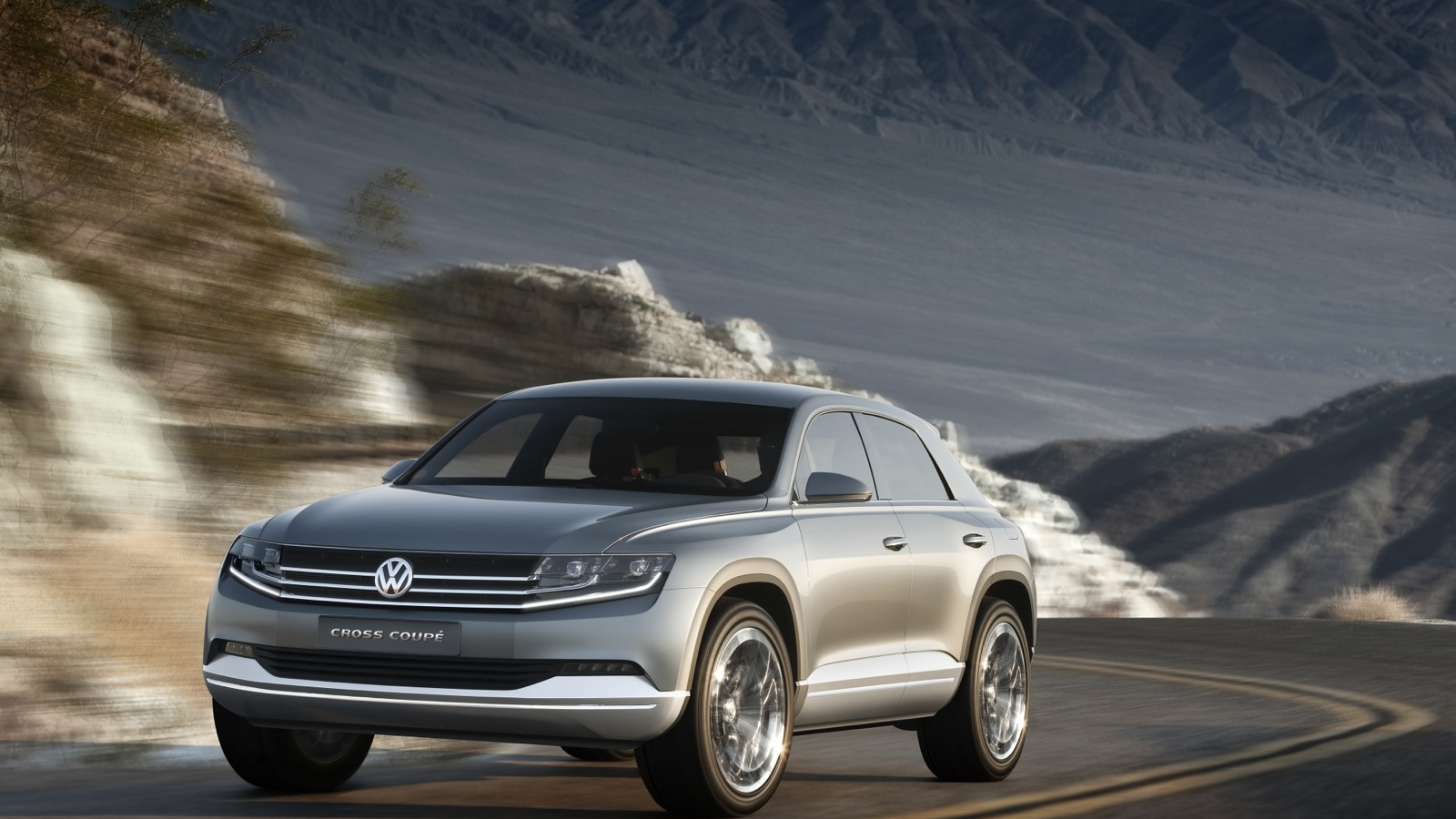 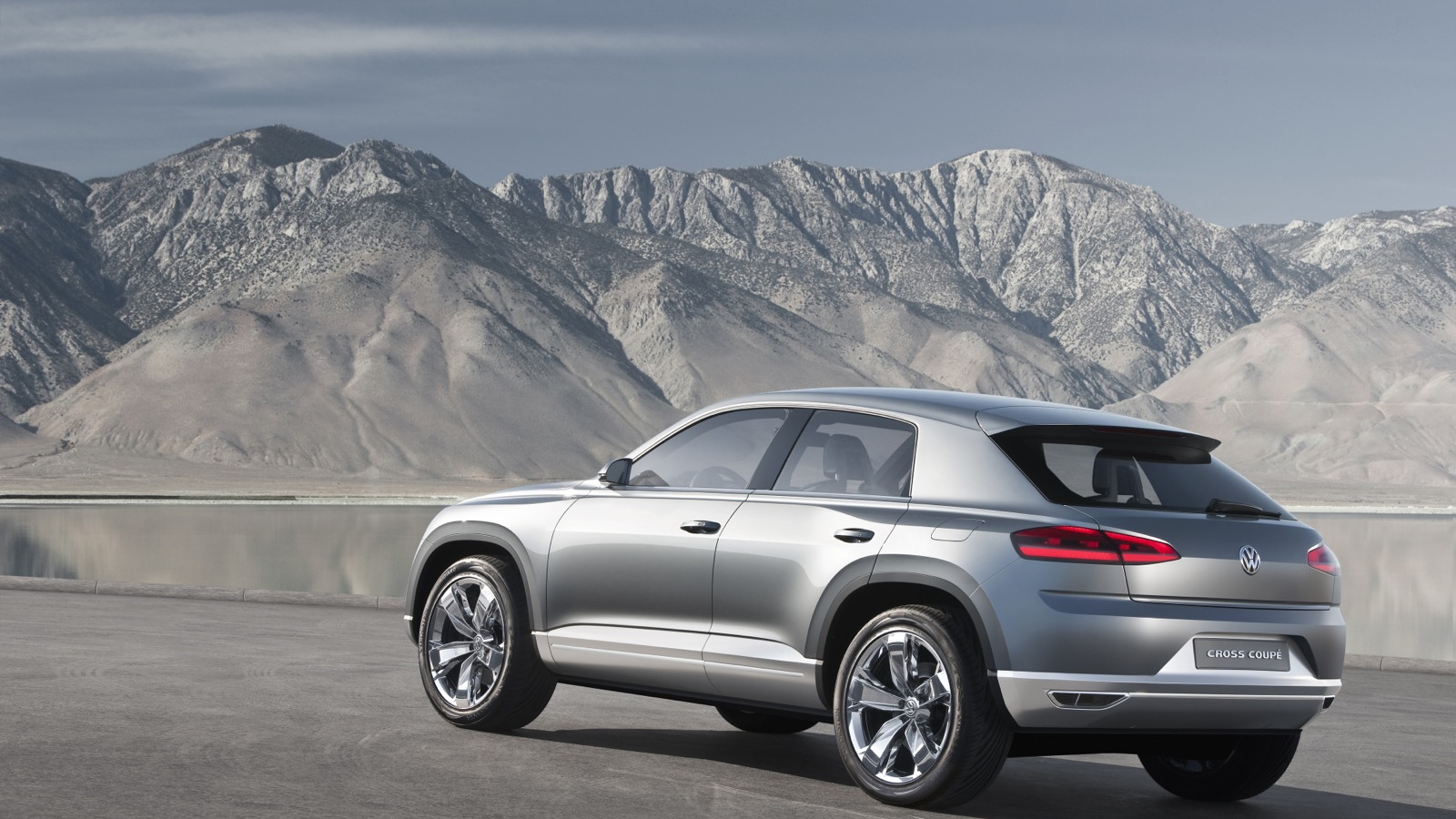 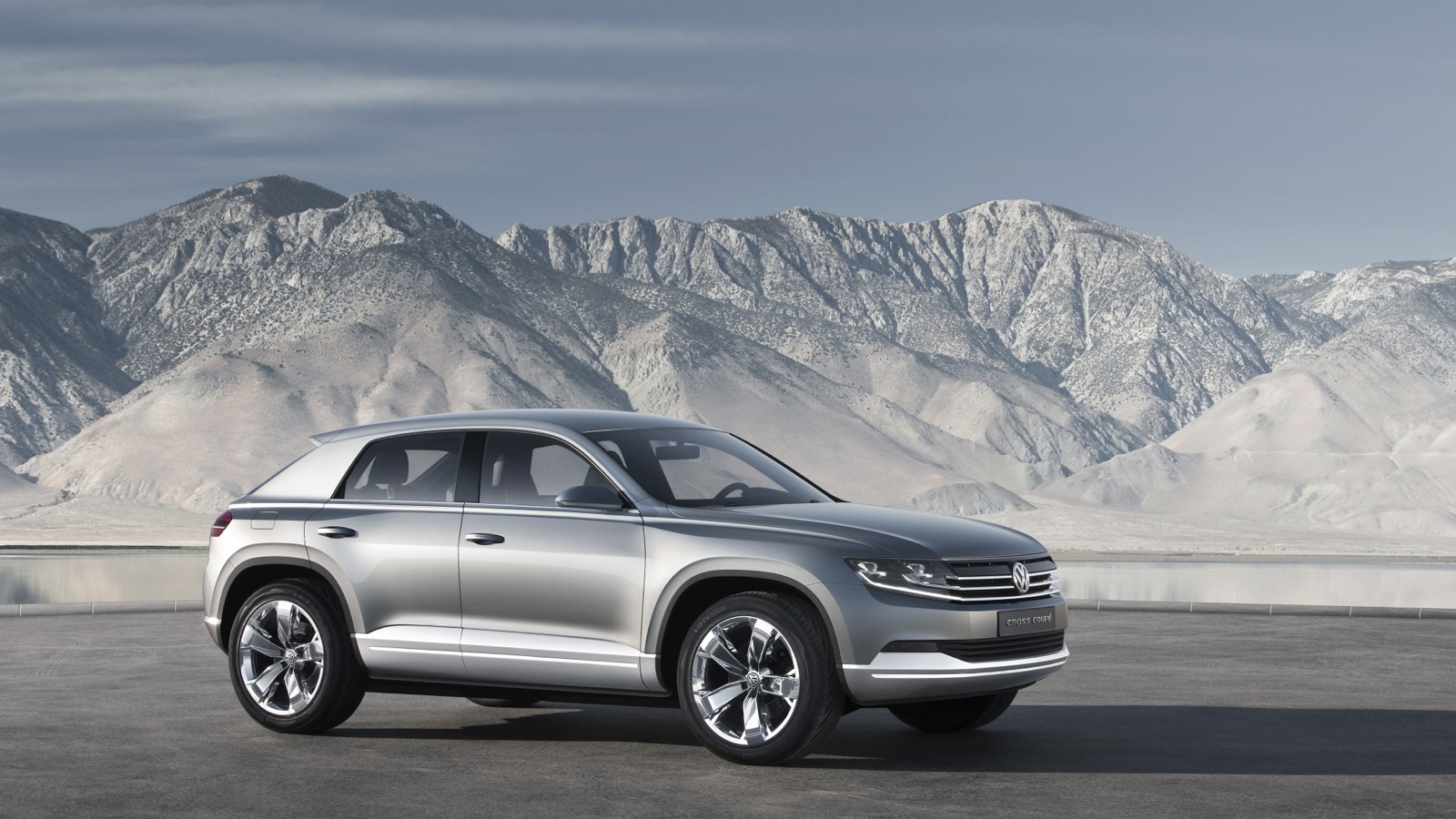 The Tokyo Motor Show is well underway and Volkswagen has just taken the wraps off a new concept it calls the Cross Coupé. The concept previews what a compact hybrid crossover can be when combined with style, performance, efficiency, according to Volkswagen.

Designed by Walter de Silva and Klaus Bischoff, the design is quite stunning. With the wheels pushed to the corners, the Cross Coupé has very short overhangs. Measuring in at 171.1 inches long, the concept is shorter than a current VW Tiguan, but longer than a Golf. Its dimensions place the crossover squarely in the sights of the upcoming Ford Fiesta-based crossover and the Chevrolet Sonic-based crossover.

The long hood and canted rear profile give the Cross Coupé an aggressive stance. Volkswagen calls the character line at the sills a "tornado" line; it's a cue common with Audis and helps the Cross Coupe look pretty butch, not a bad thing in a sea of boring crossovers.

Up front the headlights are connected by the grille in a unique way. Using the chrome strips for more than decoration, the bottom strip houses the daytime running lights while the top strip incorporates the turn signals.

Inside the Cross Coupé, there's a programmable instrument cluster which is connected to the driving mode selector. The gauges will display various information correlating to which drive mode is selected: off-road, sport, or city.

The concept is a four-seater featuring bucket seats with integrated headrests. Adding versatility, both the back seats and front passenger seat can be folded flat to increase cargo capacity. While subcompact trunk space is only 13.4 cubic feet, cargo capacity increases to 43.4 cubic feet when the rear seats are folded.

The battery for the two electric motors resides where the driveshaft would normally be. According to VW, this provides a low center of gravity and better balance, helping the Cross Coupé achieve the handling of a coupe with the functionality of an SUV.

The overall design for the Cross Coupé previews the future of Volkswagen SUVs, while the powertrain previews where Volkswagen may be headed with future crossovers.

Stay tuned for more news from the Tokyo Motor Show.