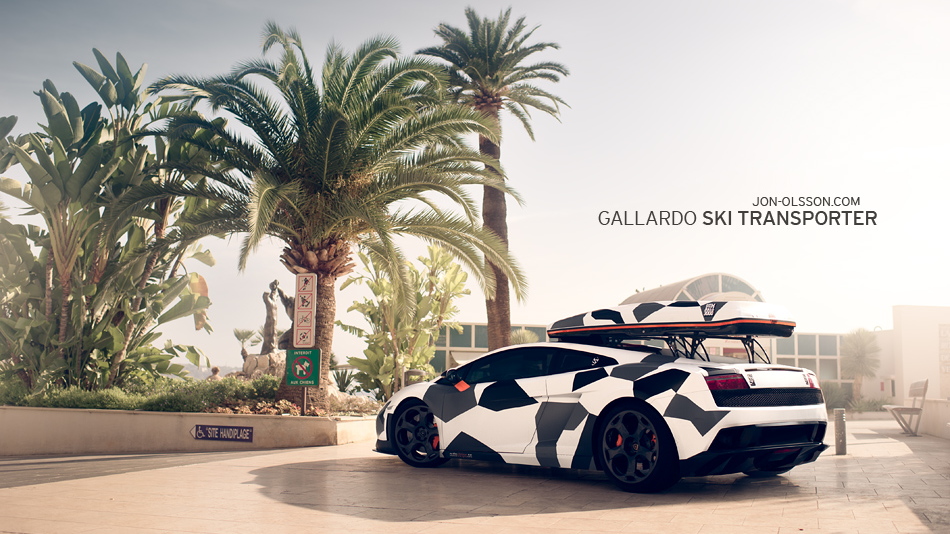 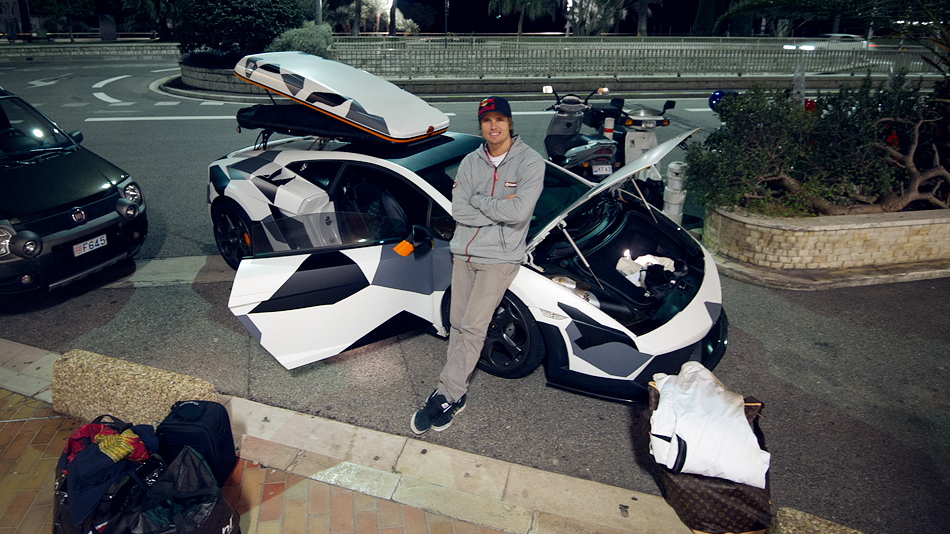 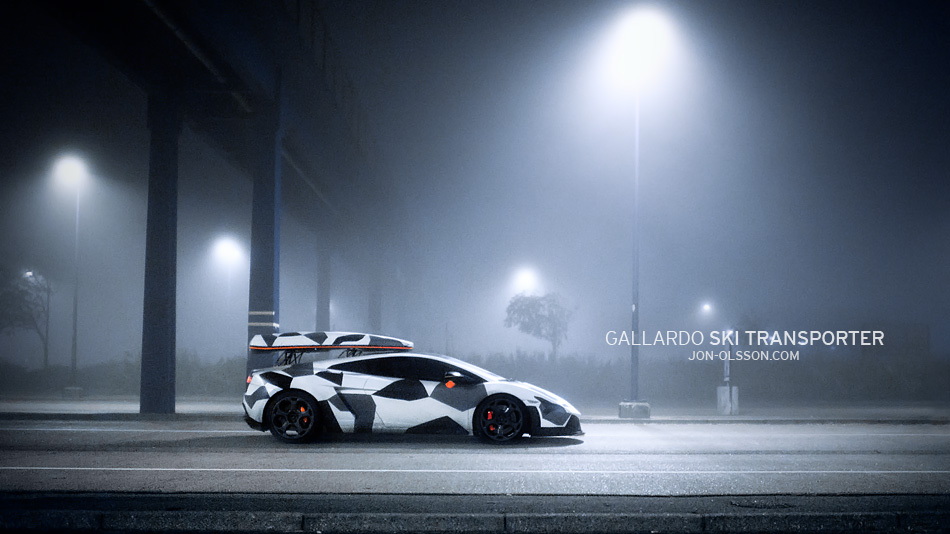 3
photos
Believe it or not, ski season is officially here, albeit only at a few resorts.

While the average ski travelers will be making their way to resorts via rental SUV, Swedish professional freeskier and alpine racer John Olsson will be using a one-of-a-kind Lamborghini Gallardo LP560-4.

After shopping for a replacement for his Nissan GT-R from native son Koenigsegg (we'd assume the Agera R with Thule equipment box), Olsson turned his attention to Lamborghini. He initially wanted an Aventador, but since the newest Lambo flagship won't be ready in time for this winter, he opted for a tuned Gallardo as a temporary filler.

Olsson's Gallardo is called the "Ski Transporter." It gets a snow camo vinyl wrap from Autostripe, a DMC-modified front end with an extra GT3 lip and, of course, winter tires and a custom roof box.

If Olsson was bummed that he couldn't get an Aventador in time for the season, it doesn't show. He said on his blog: "When I saw the 'temporary car' I was actually stoked that the Aventador was running late! I think this this thing tuned out sick! Best of all, no more rental cars!!!! This thing is 100 percent ready to be driven 50,000 km this winter."

Olsson didn't waste much time testing his new ride out. On a trip from Modena to Monaco, he loaded the car up with ski equipment and three people (yep, three people in a two-seat supercar) and tested that aero box to around 158 mph.

Whether you travel to Aspen or St. Moritz this season, you'll be hard-pressed to find a hotter car in valet ski parking.