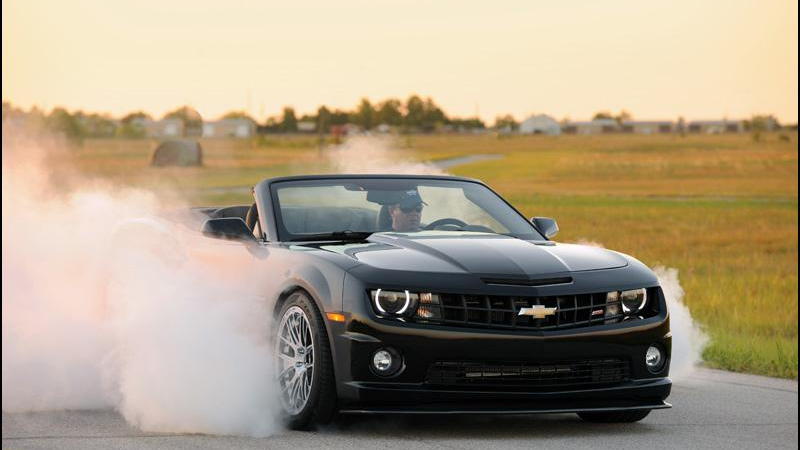 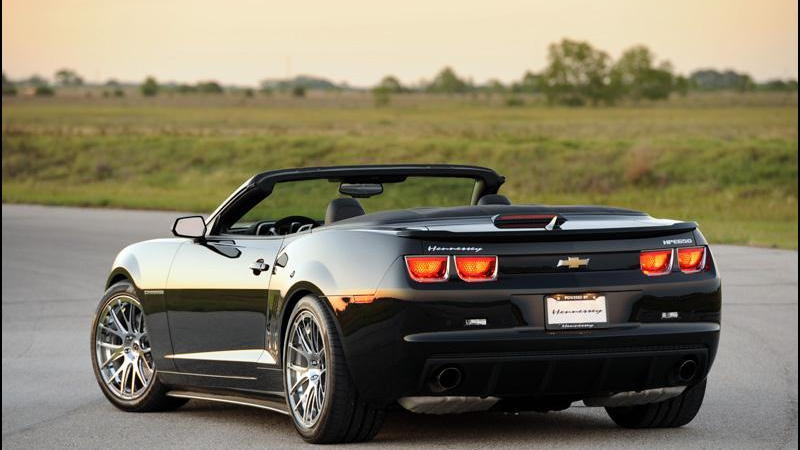 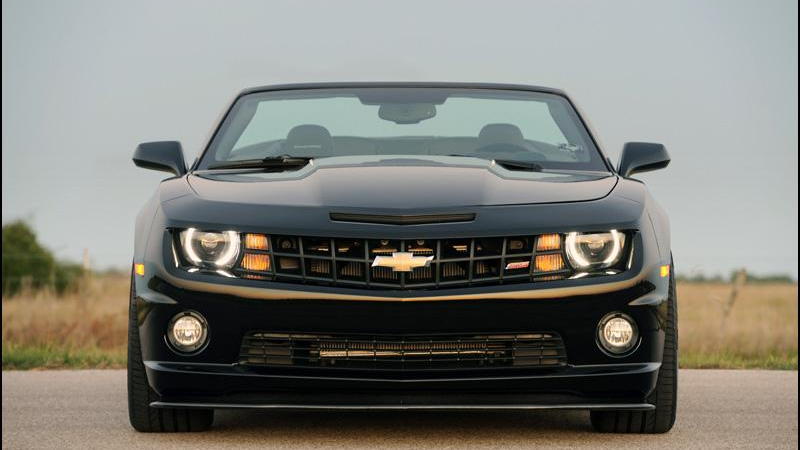 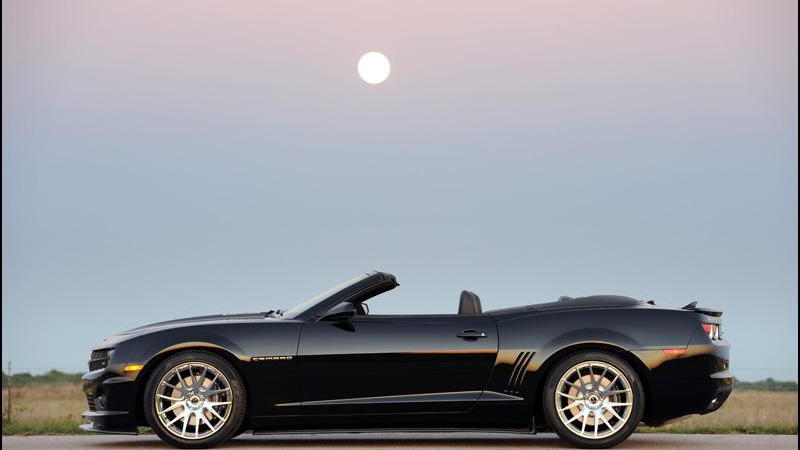 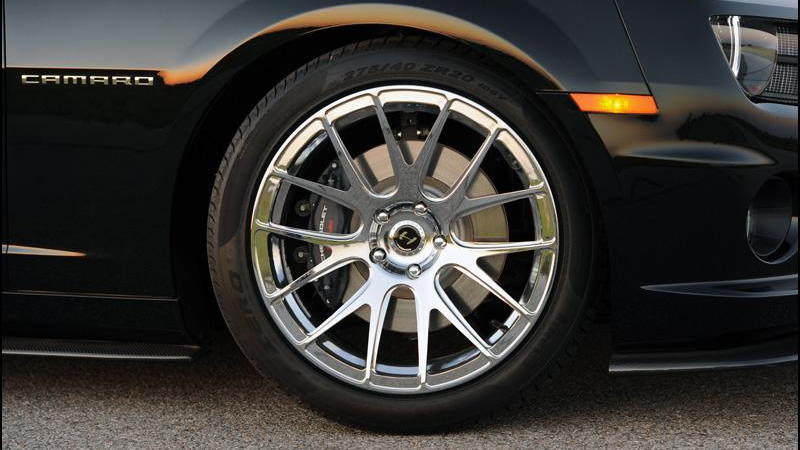 7
photos
It's been a great couple of weeks for Camaro news.

Then, Chevy announced the Camaro ZL1 convertible will be launching next month.

And now, we have a special edition Camaro from Texan tuner Hennessey.

We knew this year was Chevy's 100th birthday, but it's also Hennessey Performance's 20th. What better way to celebrate than with a 20-model, limited edition Camaro?

The Hennessey 20th Anniversary Edition is a black-on-black version of Hennessey's supercharged HPE650 Camaro. The car is tuned up to 655 horsepower thanks to a TVS2300 supercharger, Hennessey air induction system, high flow cylinder heads and other upgrades.

That engine can be mated to six-speed manual or automatic transmissions, and will rocket the HPE650 Camaro to 60 mph in 3.7 seconds and past the quarter-mile in 11.7 seconds.

The 20th Anniversary edition also gets a lowered coilover suspension system, CarbonAero front splitter and side skirts, and Hennessey Monoblock wheels in chrome or silver finish. HPE650 badging can be found around the exterior, while 20th Anniversary logos can be found on the floor mats, engine plaques and serial-numbered dash. A black leather interior with Hennessey-embroidered headrests complements the black exterior.

Hennessey will offer 20 of the special edition packages on 2012 Camaro 2SS/RS coupe and convertible models.