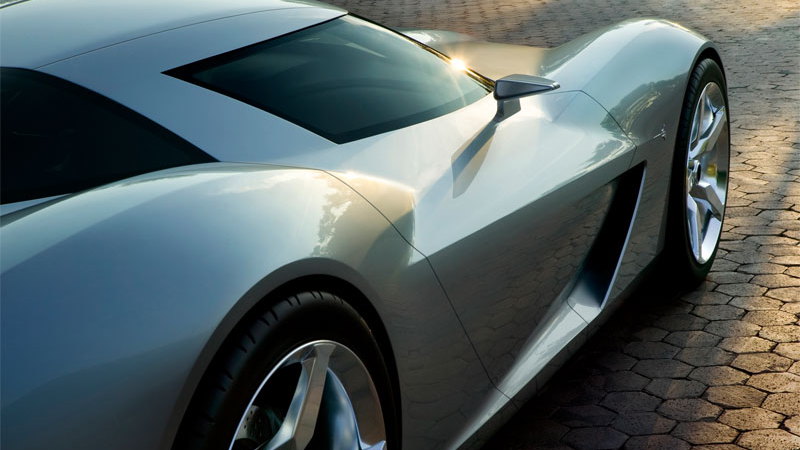 6
photos
Rumors continue to multiply over the future of the next-generation of the Chevrolet Corvette, the C7. The latest hints at some juicy new powertrain items that may just entice buyers away from brands like Porsche.

Despite being an American icon--and the subject of more fan-based speculation and media frenzy than the average sports car as a result--the Corvette remains something of a crude axe tossed into the hand-made switchblade fight being conducted in Europe. The next Corvette may change that, if reports out of InsideLine hold up. Why? Because of slicker, more advanced powertrain technology.

Headlining the rumored next-gen tech is a seven-speed manual, not unlike that found in the 2012 Porsche 911. Whether it'll use the seventh cog to stretch fuel economy or keep the already-tall cruising gear and bunch the lower six closer together for more track performance isn't yet known. Either way, it's the number of gears that will be grabbing attention.

Paired with the upgraded manual gearbox will be engine tech common throughout the line, as it's part of the next generation of small-block V-8s from GM: direct injection and variable valve lift. The new engine, likely a 5.5-liter V-8, is expected to retain the pushrod valvetrain of the current small-block, thanks in part to the packaging and weight advantages of pushrods compared to overhead cam arrangements.

We're looking forward eagerly to the next generation of the Corvette. The folks inside GM are, too, though they're also taking it very seriously, with GM design chief Ed Welburn calling it a balancing act of retaining its essential Corvette-ness, while injecting a thoroughly new and modern appeal.