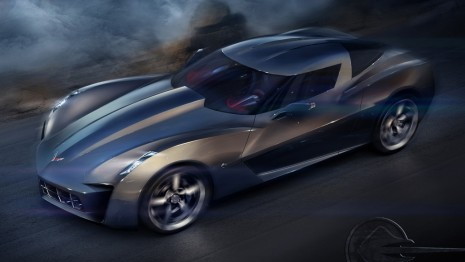 In a few years' worth of rumors, the Chevy C7 Corvette has been a lot of things.

It's been a mid-engined coupe. It's been a Stingray revival. It's been an all-wheel drive. It's been a turbo. If you could make a case that a given change or upgrade would make the Corvette slightly better, there's probably been a rumor about it.

For GM, the 2014 Corvette has been something different-- a bit of a headache. GM global design chief Ed Welburn may never say it quite like that, but he did admit to Automotive News that redesigning a Corvette is a careful balancing act.

Welburn said: "Everyone wants to design a Corvette, but it is hard work. You want it to be a new design, but it needs to be recognizable as a Corvette...You don't want to be the guy who screwed it up."

Those comments, plus the fact that Welburn expressed some concern with the 'Vette's sagging sales, suggest that Chevy is ready to make a marked departure from the current Corvette. The company needs the model to have broader appeal to help the iconic muscle car rebound from its 12,624 sales last year--the lowest since the '60s. It hopes to draw some younger buyers into Corvette seats and perhaps add a little global appeal to the all-American sports car.

Welburn's past comments about a split-window rear and other styling cues reminiscent of the 1963 Stingray provide a piece of the puzzle. From there we know that the car will be "completely different," as described by GM North American boss Mark Reuss. It's also believed Chevy will build a new platform for the C7 and make the sports car more inviting by upgrading the cabin with a better layout and materials.

The latest reports nix past rumors of a mid-engine layout, stating that Corvette will retain a front-engine/RWD configuration. As to what powers the new car, some reports point to a traditional naturally aspirated engine and some point to a shrunken twin-turbo powerplant. Still too many rumors to know for sure.