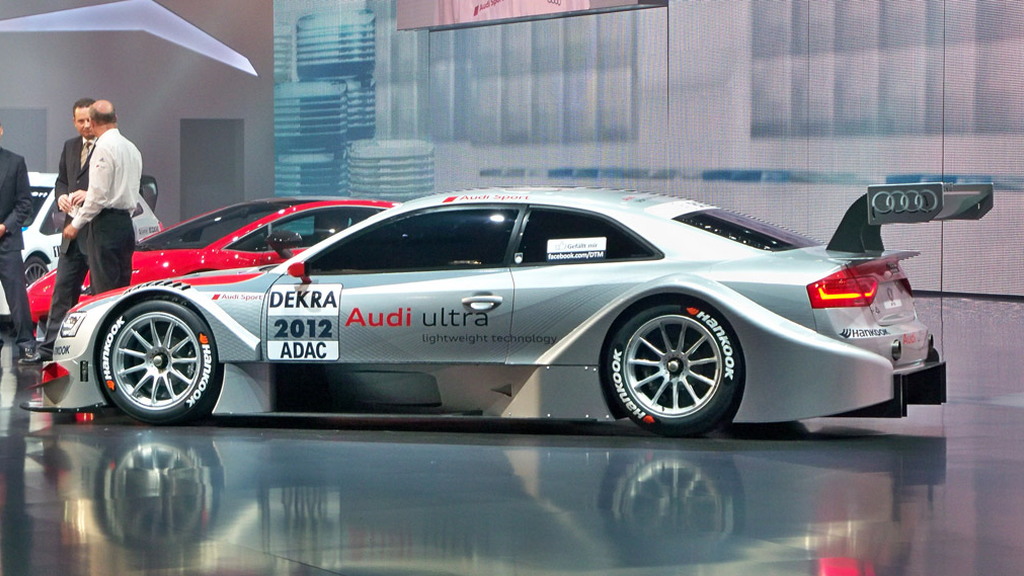 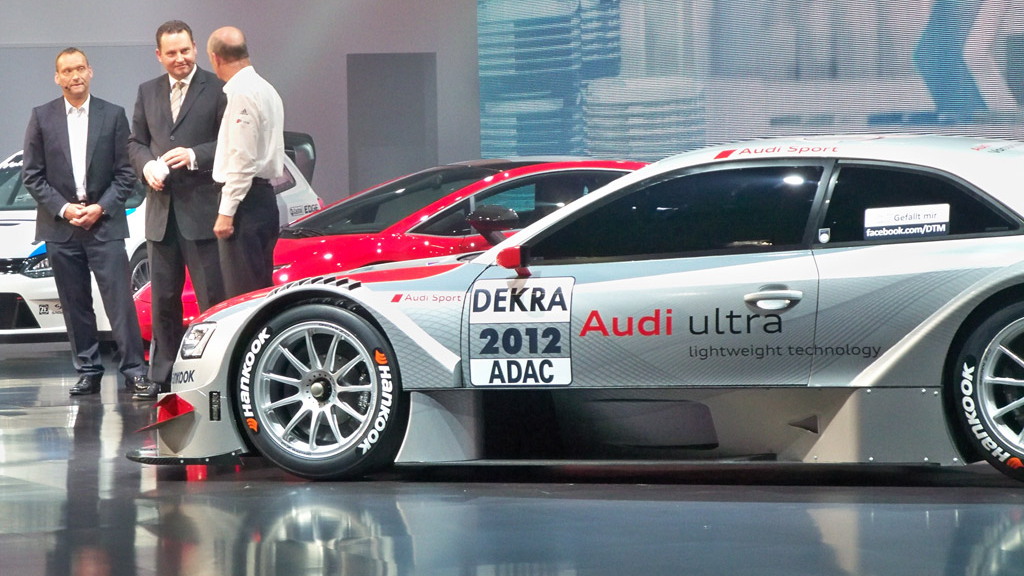 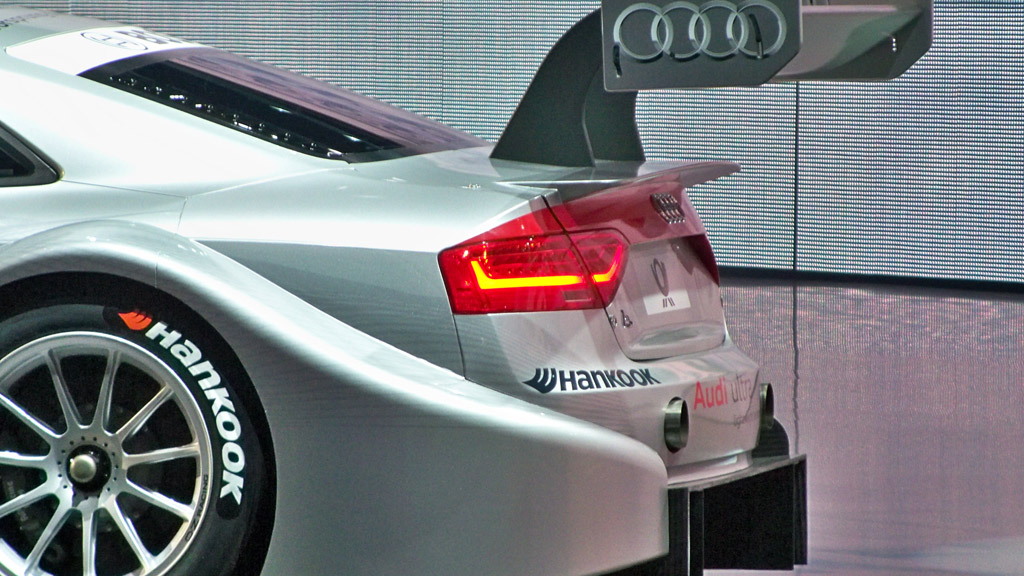 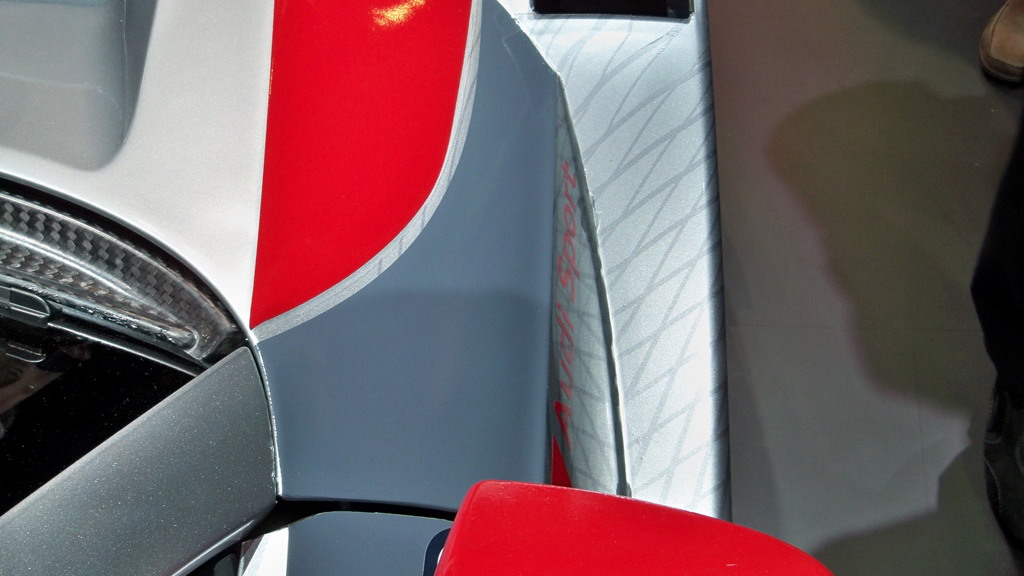 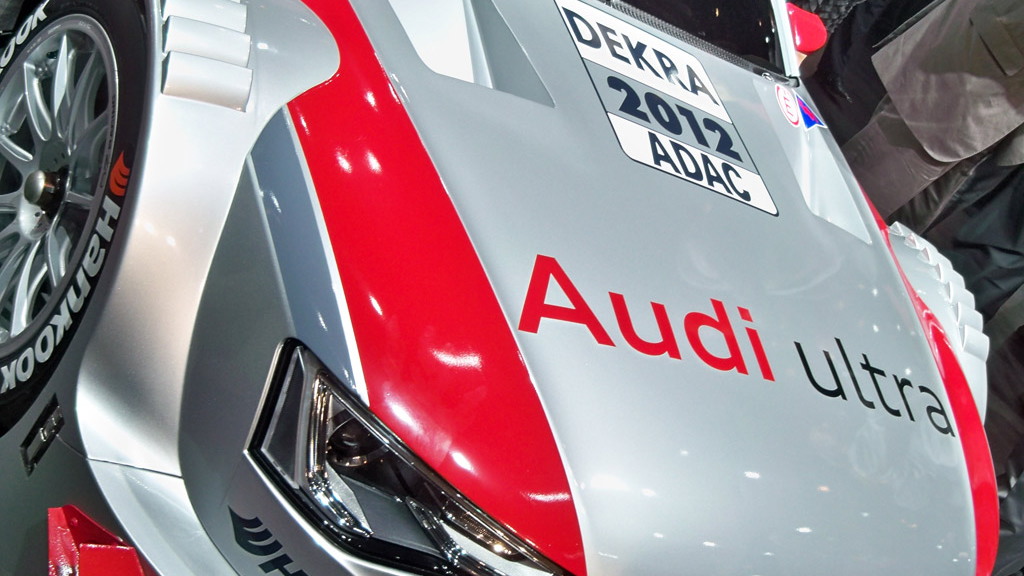 15
photos
It's been three months since we saw the first teasers of the 2012 Audi A5 DTM race car, and now it's official: the R17 A5 for DTM competition has been revealed in Frankfurt.

Set to do battle against long-time rival Mercedes-Benz and newly-rejoined BMW, the A5 DTM will replaced the A4 DTM that's been in use since 2004. Unfortunately, aside from this handful of images, we don't have any more details on the car.

Fortunately, however, we already know the new A5 DTM will be built around a carbon fiber monocoque with a steel roll cage. Zylon and Rohacell construction of the sides of the car are in place to absorb side-impact damage from walls, cars, or other obstacles. The fuel tank is also integrated into the carbon fiber monocoque for greater safety and reduced fire risk.

A 460-horsepower V-8 engine, carried over with few changes from the previous A4 race car per series rules, will power the A5 DTM. The new A5 will start its run at the series in 2012.

We in the U.S. will have to admire from afar, but only for a year: DTM is coming Stateside in 2013.