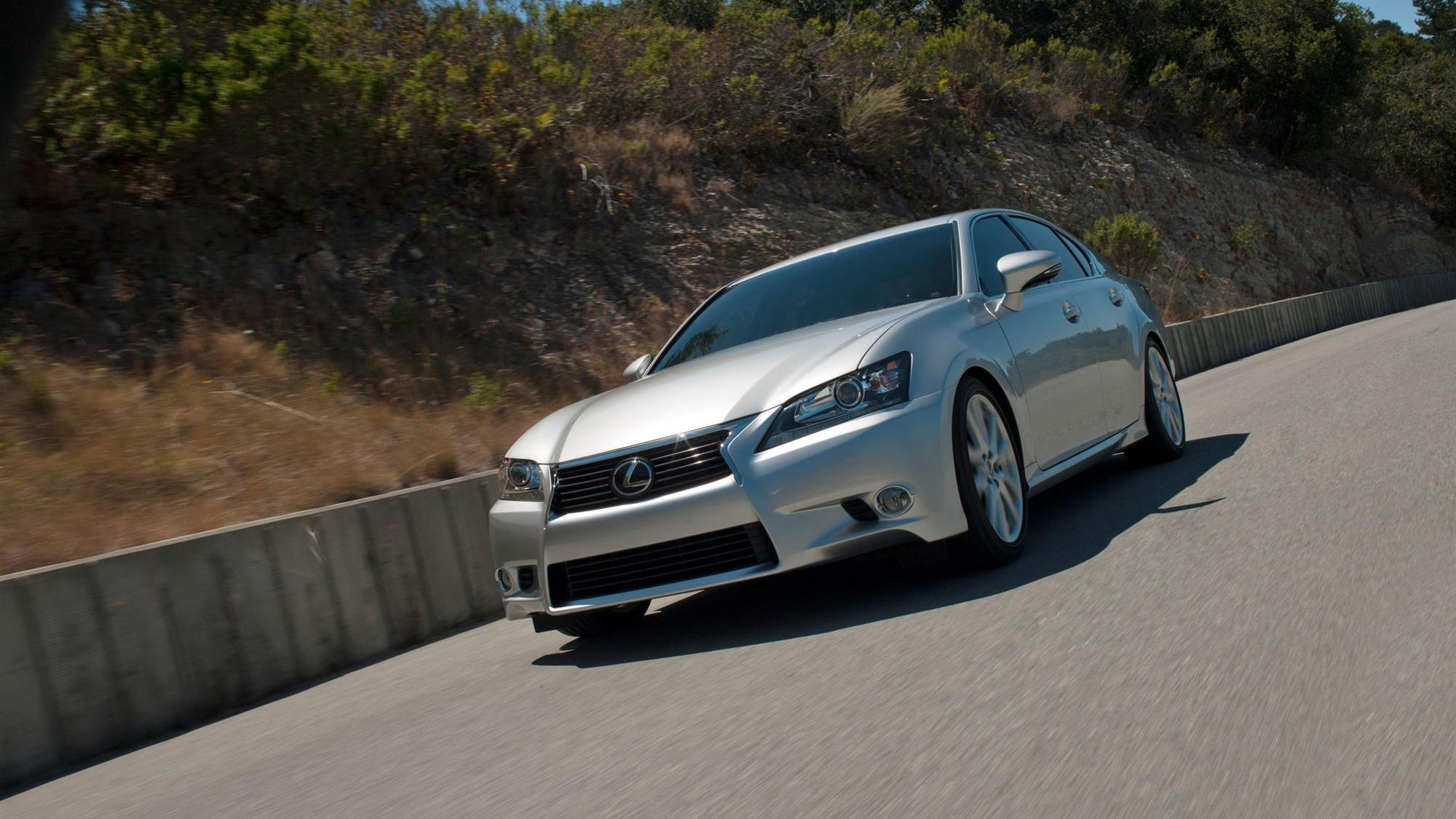 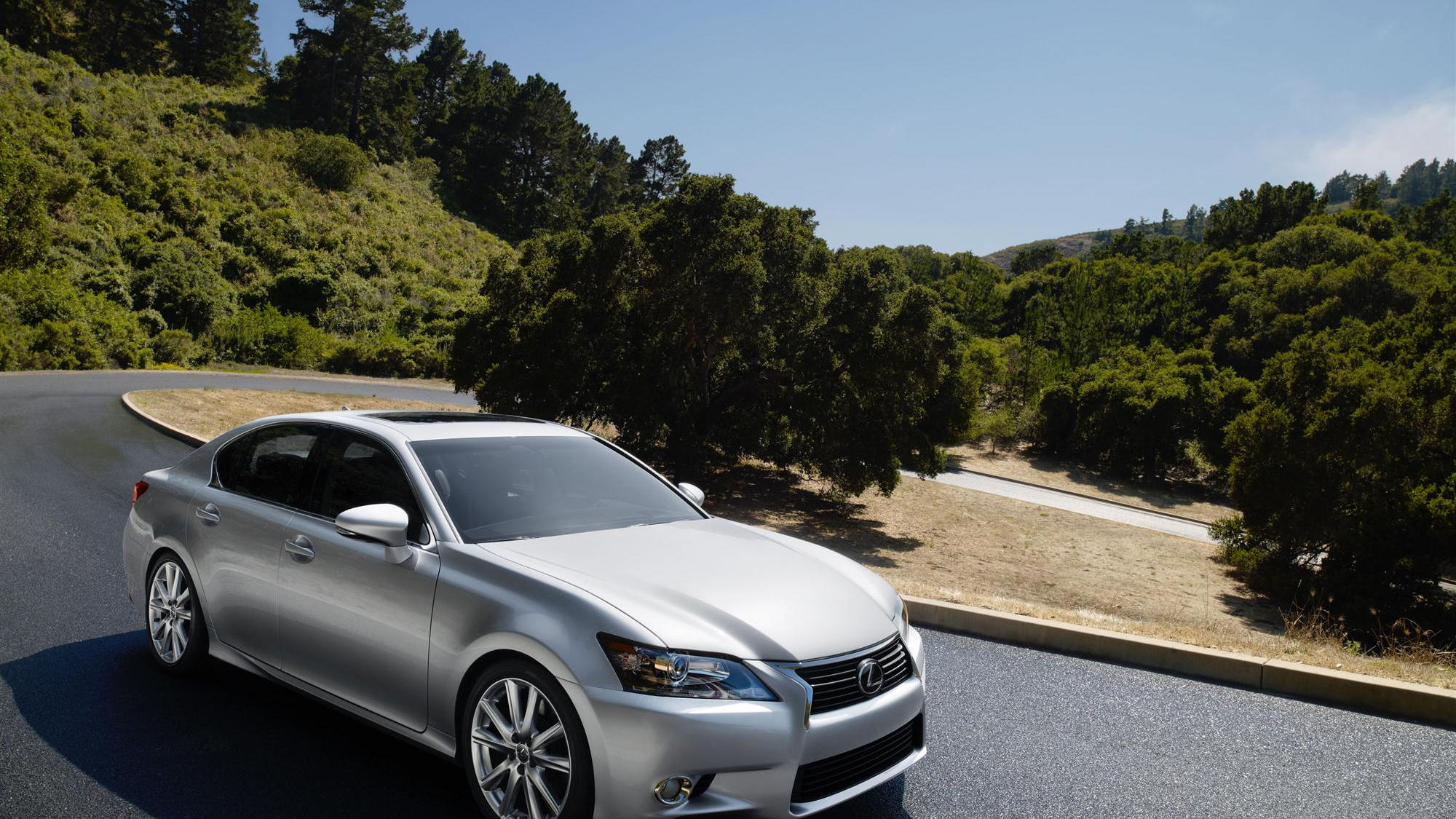 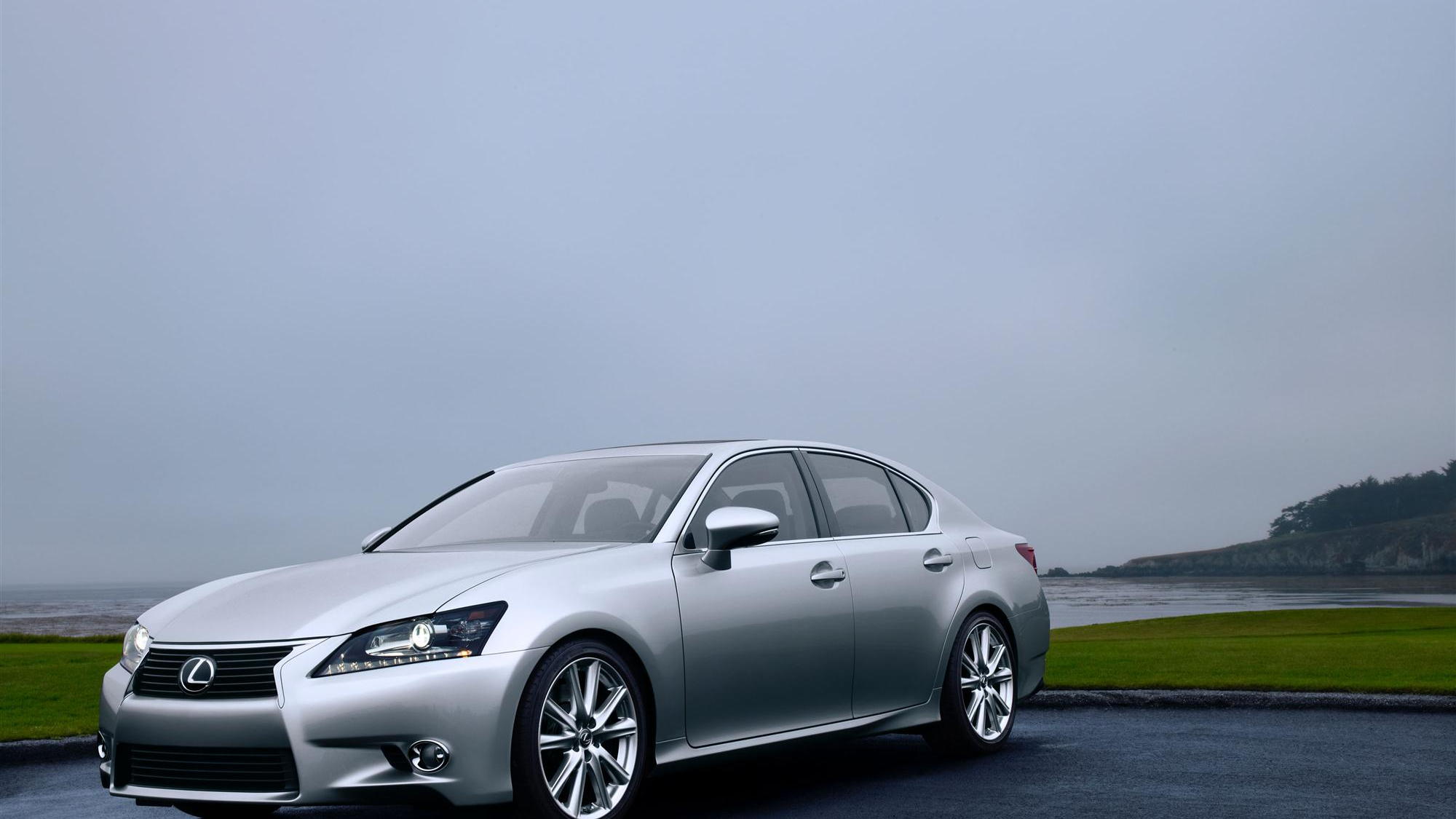 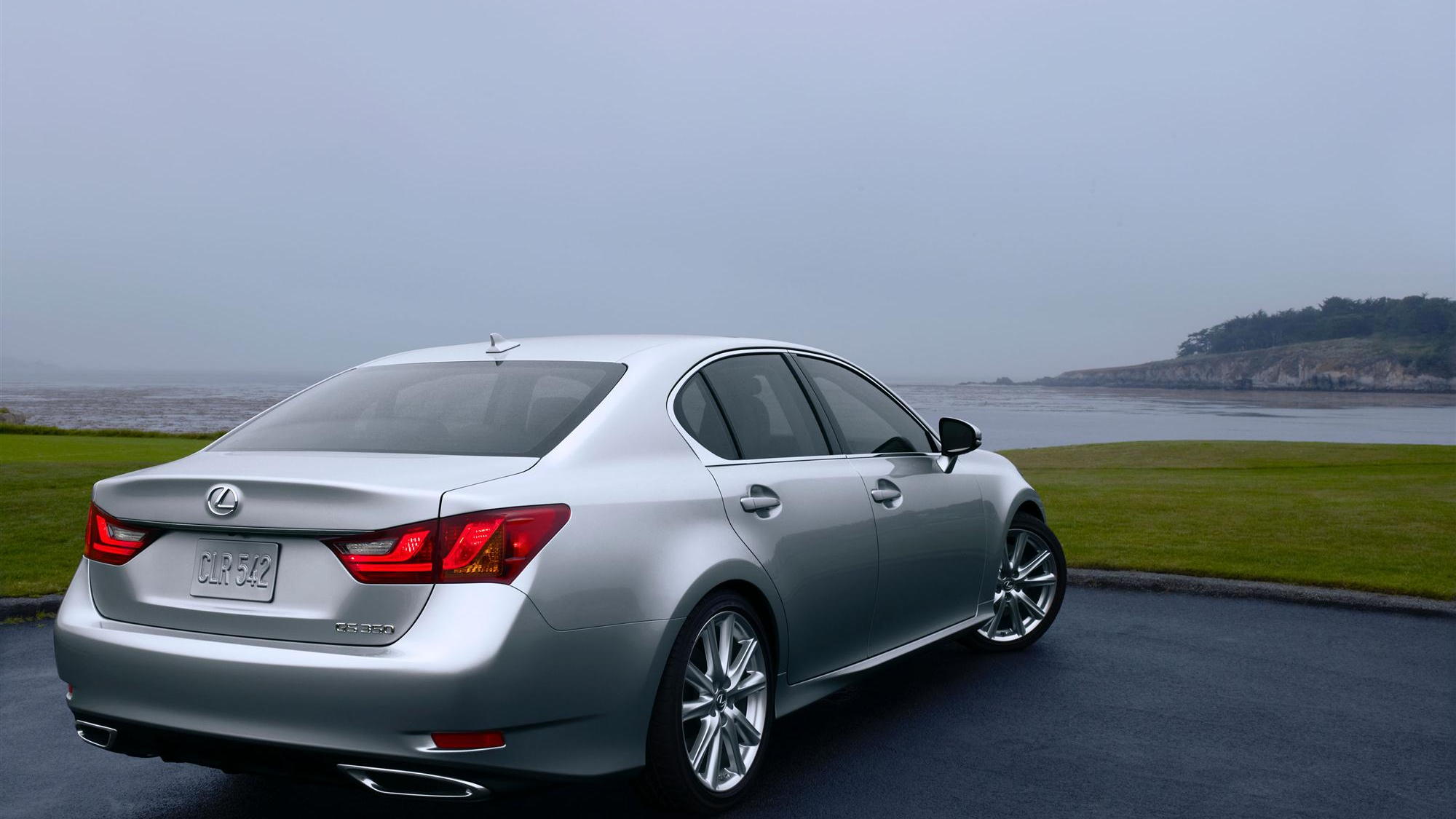 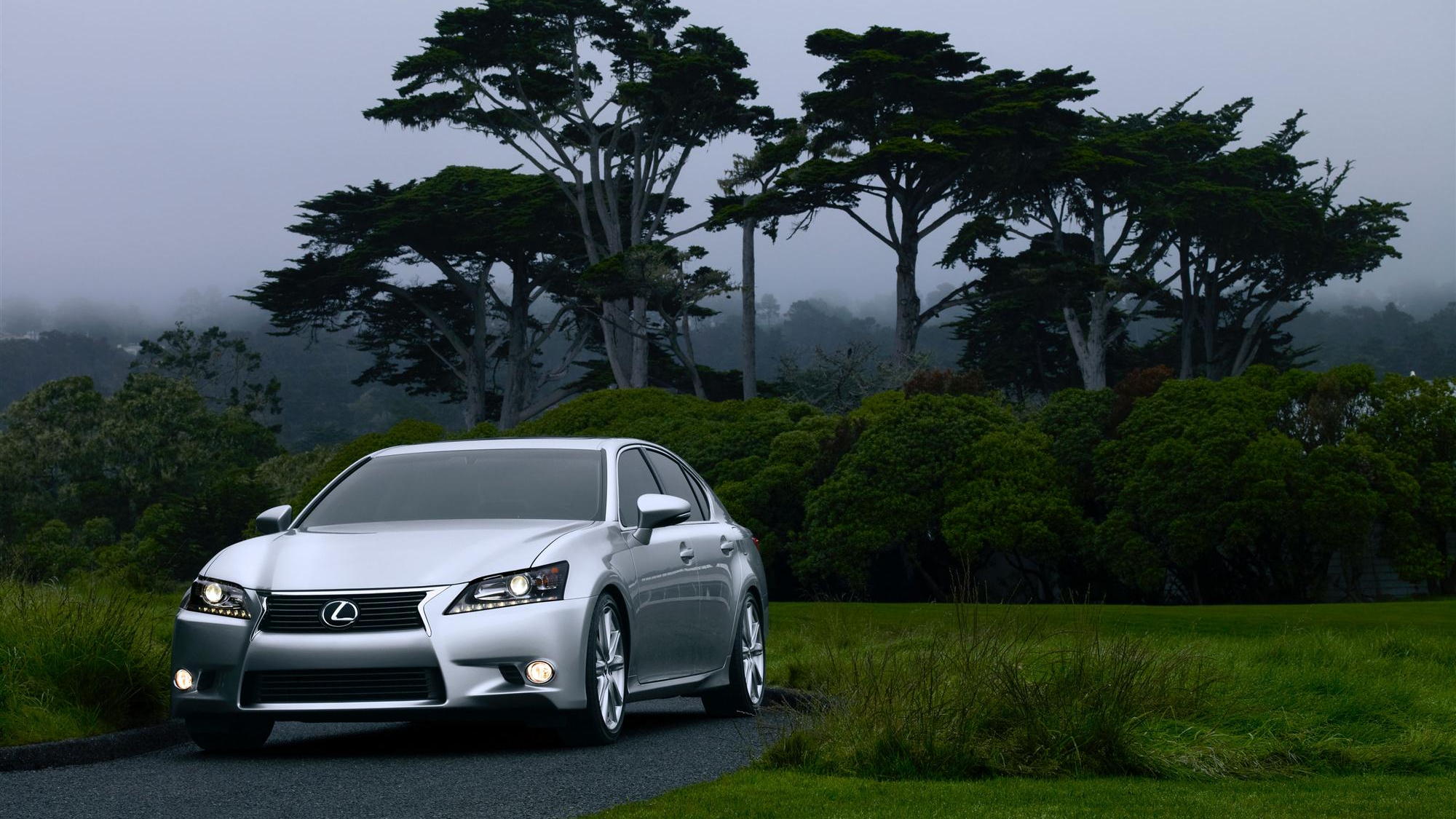 19
photos
When Lexus unveiled the LF-Gh concept at this year's New York Auto Show, few expected the dramatic, sharp-edged look to make it to production, but that's exactly what Lexus has done. Only minimal concessions to convention have been made for the 2013 Lexus GS 350, with most of the particularly striking front end's styling staying intact.

The door handles, fog lights, exhaust outlets, tail lights, and shaved side mirrors are the only real differences from the concept, all toned down or brought in line with the necessities of day-to-day use. Otherwise, the aggressive, high-tech look has made it through to the finished product. Lexus buyers will be happy, and those that might have dismissed the brand previously will no doubt be taking second looks.

A control knob in the console offers a choice of Eco, Normal, Sport S and S+ modes for the drivetrain, while a separate button puts the car in Snow mode. These settings control how the six-speed paddle-shifted automatic transmission, throttle, and suspension react to the driver's inputs. This drive selector is adapted from the high-performance IS F sedan, and also controls seat heating and climate control systems in Eco mode; instrument panel lighting colors in Sport S mode; and stability control and steering in Sport S+ mode.

A 306-horsepower, 277-pound-feet of torque, 3.5-liter V-6 engine propels the GS 350, quickly enough for 0-60 mph in 5.7 seconds. Perhaps more importantly, 30-50 mph acceleration takes just 3.0 seconds, making it easier to shoot gaps in traffic and make passes. The new GS weighs in at 3,715 pounds--not exactly a featherweight, but relatively light given its size and luxury class. Standard wheels are 17x7.5 inches all around, while upgrades to 18x8-inch or 19x8-inch wheels are available. Top speed is electronically limited to 142 mph. Lexus says the new GS gets better fuel economy than the previous model's 19/26 mpg rating, but hasn't disclosed precise figures yet. The GS will be available in both rear-wheel drive and all-wheel drive. A hybrid GS 450h and GS 350 F Sport will join the lineup later this year, with details to follow.

But it's not all about the exterior and powertrain with the new GS. The interior is all-new, too, with a pleasing leather and brushed metal theme dominating. Two-tone upholstery, wood accents, and streamlined controls throughout the cabin offer a refined, modern look that's neither too understated nor too busy.

The huge display screen is set into a dedicated recess in the dash, offeringa access to media, navigation, climate, and phone controls through the console-mounted Remote Touch haptic input device. The center stack itself is surprisingly simple, with just the core HVAC and audio  controls using real estate for buttons.

Innovative features include an intelligent "S-Flow" climate control system saves energy by only sending airflow to areas where passengers are seated. All GS models come standard with a rear backup camera, as is the Remote Touch input system. LED ambient lighting accents the cabin at night, and a new analog clock--carved from a solid ingot--graces the dash.

All GS sedans also get DVD audio and video capability, a format that's not all that popular, but is impressive in its quality when you can find media that uses. MP3 sound enhancement, 5.1 Surround Sound, and an eight-inch display screen are also standard gear, making the Bluetooth streaming audio and automatic phonebook download more useful. GS owners even get SMS text-to-speech that reads off incoming text messages so they don't have to take their eyes off the road.

Upgrading to the optional navigation system adds the huge 12.3-inch display shown in the photos, which uses a split-screen arrangement to allow simultaneous view of navigation maps plus audio, climate, or other information. A Mark Levinson 7.1 Surround Sound audio system is also available, pumping 835 watts through 17 speakers on 10 channels via a class D digital amplifier. The speakers are even eco-friendly: Green Edge-brand units that are lighter and more energy efficient than standard speakers.

Included safety equipment for all GS models: 10 airbags, including knee bags for both front seats; Whiplash Injury Lessening (WIL) front seats; and pre-tensioners on the seatbelts.

Optional safety upgrades include a pre-collision system that uses the adaptive radar cruise control system's sensors to warn of an impending crash plus an infrared camera used to monitor the driver's eyes for signs of inattention. If the driver doesn't react as expected or required, the system can intervene with braking up to two seconds before impact. Night vision, heads-up display (HUD), and blind-spot monitoring are also available.

We're on the scene at Pebble Beach, so look forward to more on the 2013 Lexus GS 350, including live images from the car's debut.