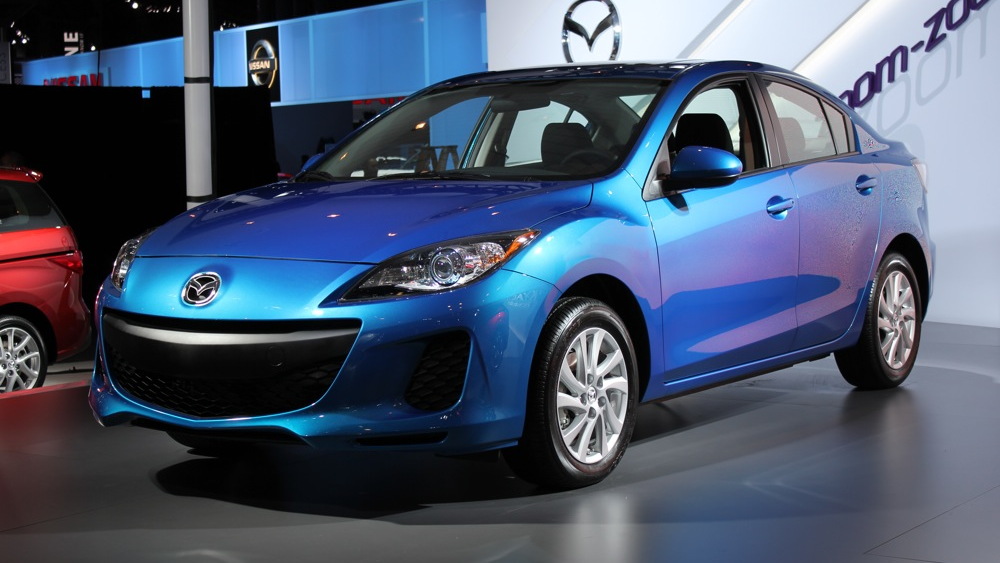 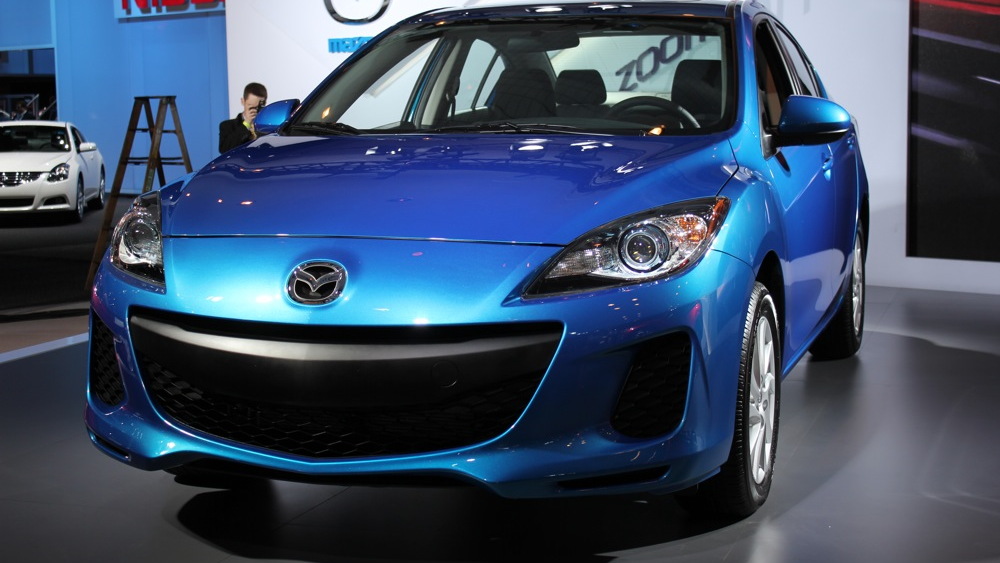 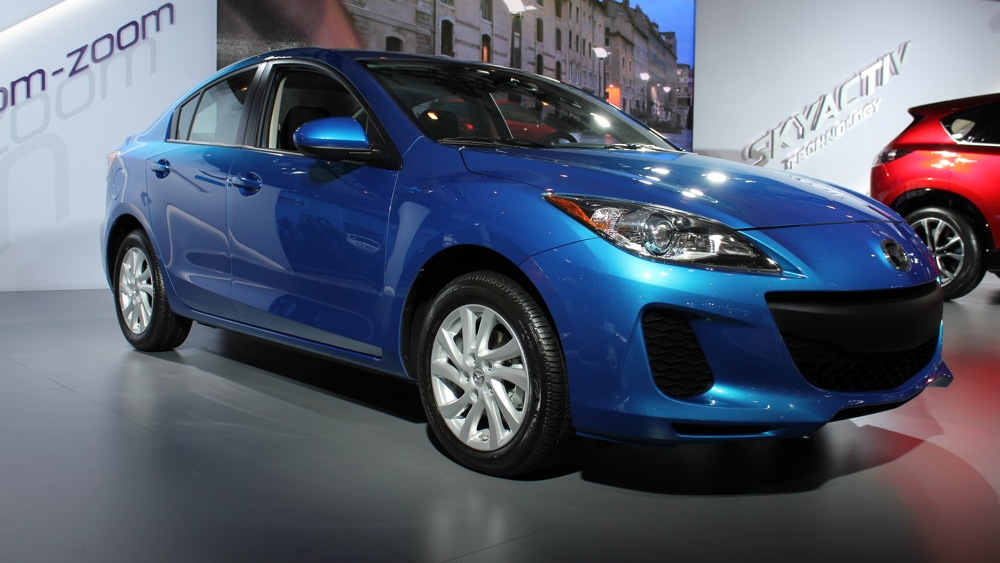 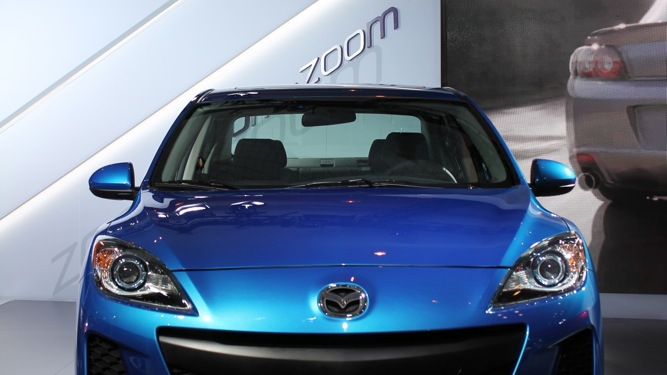 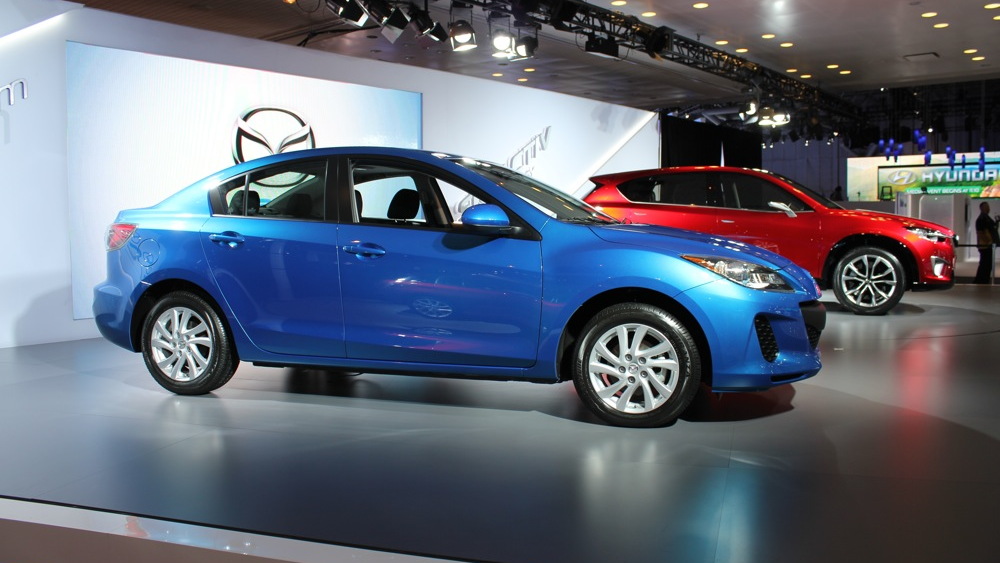 8
photos
Here's the 2012 Mazda Mazda3, a mid-cycle refresh of the current compact sedan, joined on stage at the New York auto show by the production-bound Minagi concept crossover.
The new Mazda3 is one of the first vehicles from the company to get SKYACTIV, the "umbrella" name for a suite of greener engine technologies coming to the automaker's lineup in the next few years. The first critical piece: a 2.0-liter four-cylinder with direct injection, that combines with a six-speed automatic or manual transmission in the case of the compact 3. Mazda's promising an EPA-rated highway fuel economy figure of 40 mpg for some versions of the new compact.
To underscore the changes under the hood, Mazda's cleaned up and toned down the happy-face grille on the Mazda3 for the new model year, and it's clearly a bridge to a new styling theme borne by the Minagi concept car sitting right next to it on stage. The Minagi, you already know, is the upcoming replacement for the Tribute crossover, to be dubbed CX-5, and in New York, Mazda confirmed the Minagi will be translated into production as the new CX-5 crossover.
The CX-5 will share the SKYACTIV branding, and most likely, the new four-cylinder engine. It also will share some family traits with the upcoming Ford Escape, as one of the final Mazda vehicles to be deeply integrated with Ford's lineup, as the automakers devolve the alliance that's linked them for the better part of the past three decades.

The production version of the CX-5 will be shown at this fall's Frankfurt auto show.