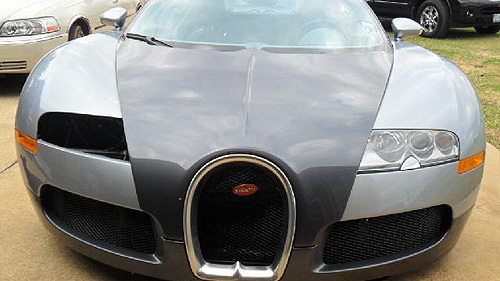 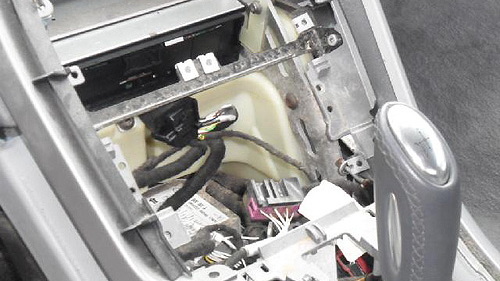 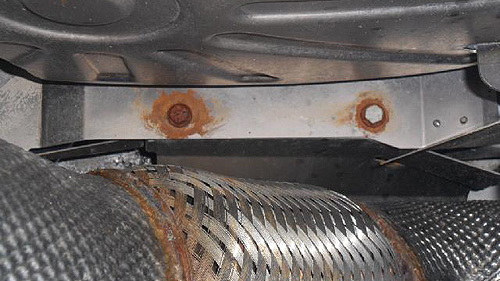 3
photos
You may recall, back in late 2009, a Bugatti Veyron supercar ended up in a lake in Texas due to its driver reportedly being distracted by a low-flying pelican and veering of course. Video of the incident taken by onlookers failed to capture the mysterious bird, leading to suggestions that the Veyron’s dip in the lake may have been a fraudulent setup.

What really happened that November day may never be known but the car in question, a silver and black Veyron, one of only a couple dozen in the country, is now up for sale in an insurance salvage auction.

Had the lake incident not occur, the car’s value would be somewhere around the $1,500,000 mark but the final bid it will be sold will likely be a lot less due to its significant water damage.

It didn’t help that the lake was filled with saltwater, with much of the sad looking Veyron’s undercarriage now rusty. And, making it even worse, the driver left the engine running and the door wide open after exiting the vehicle--the engine reportedly ran for 15 minutes in its submerged state before finally drowning.