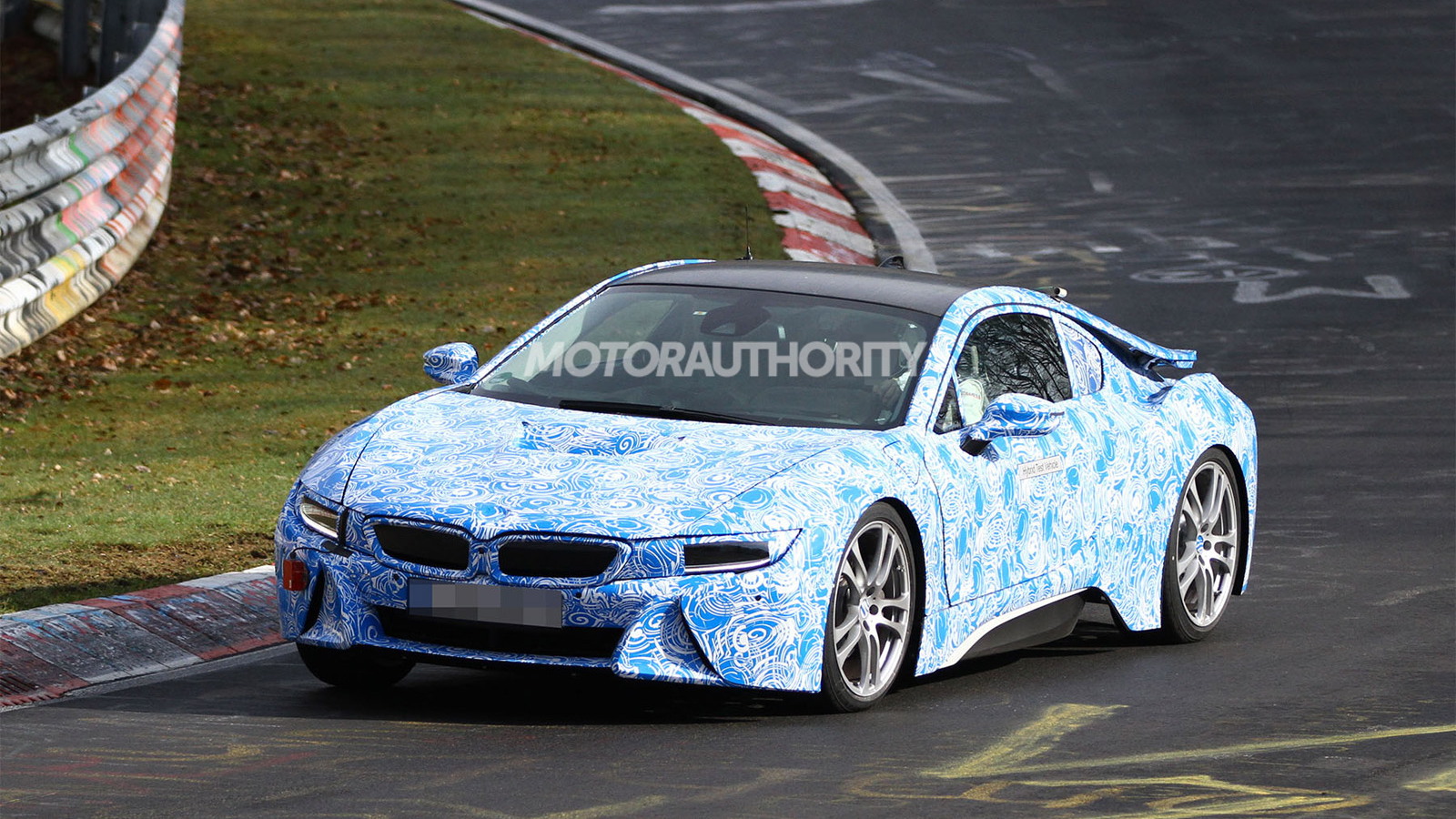 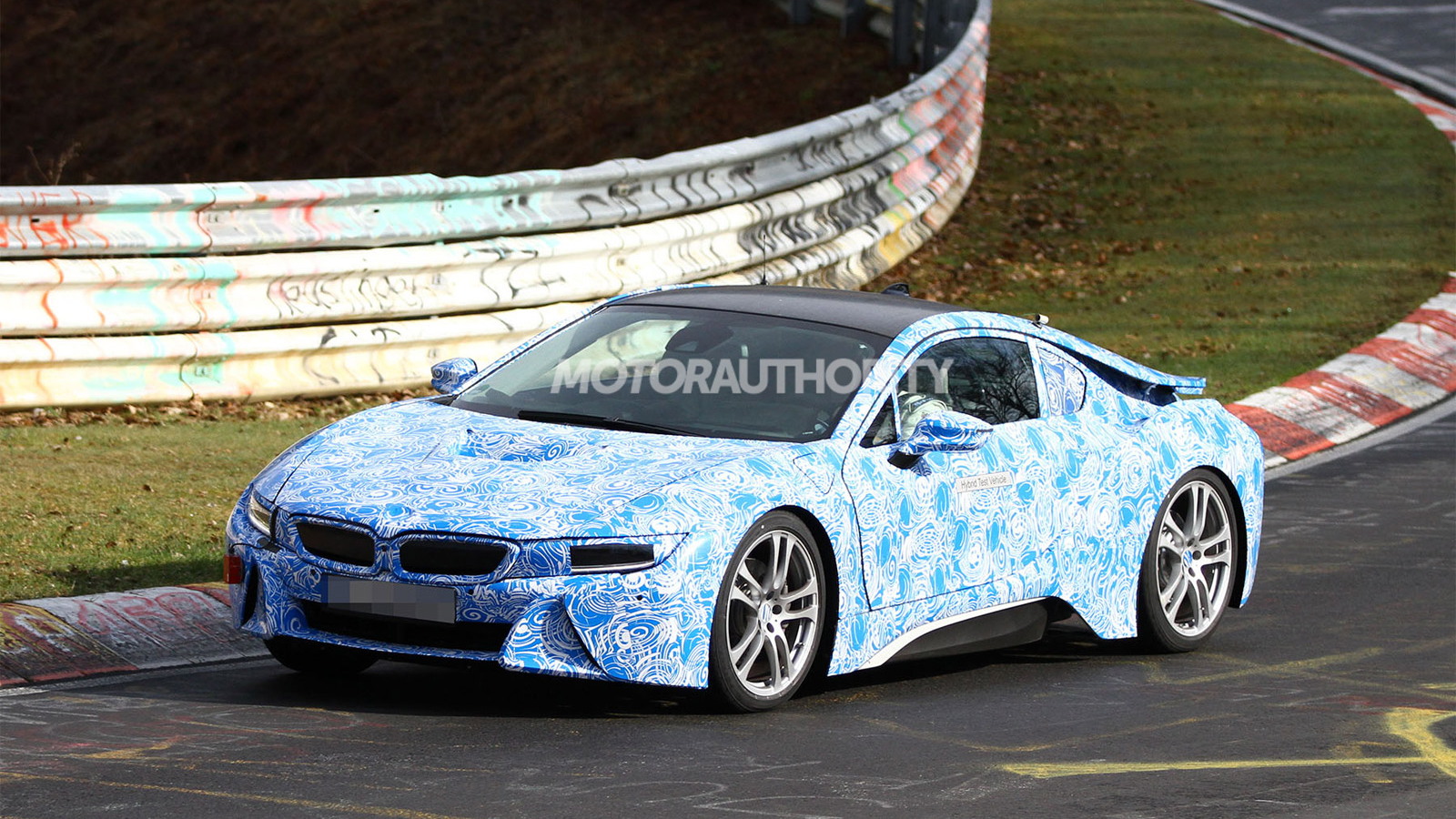 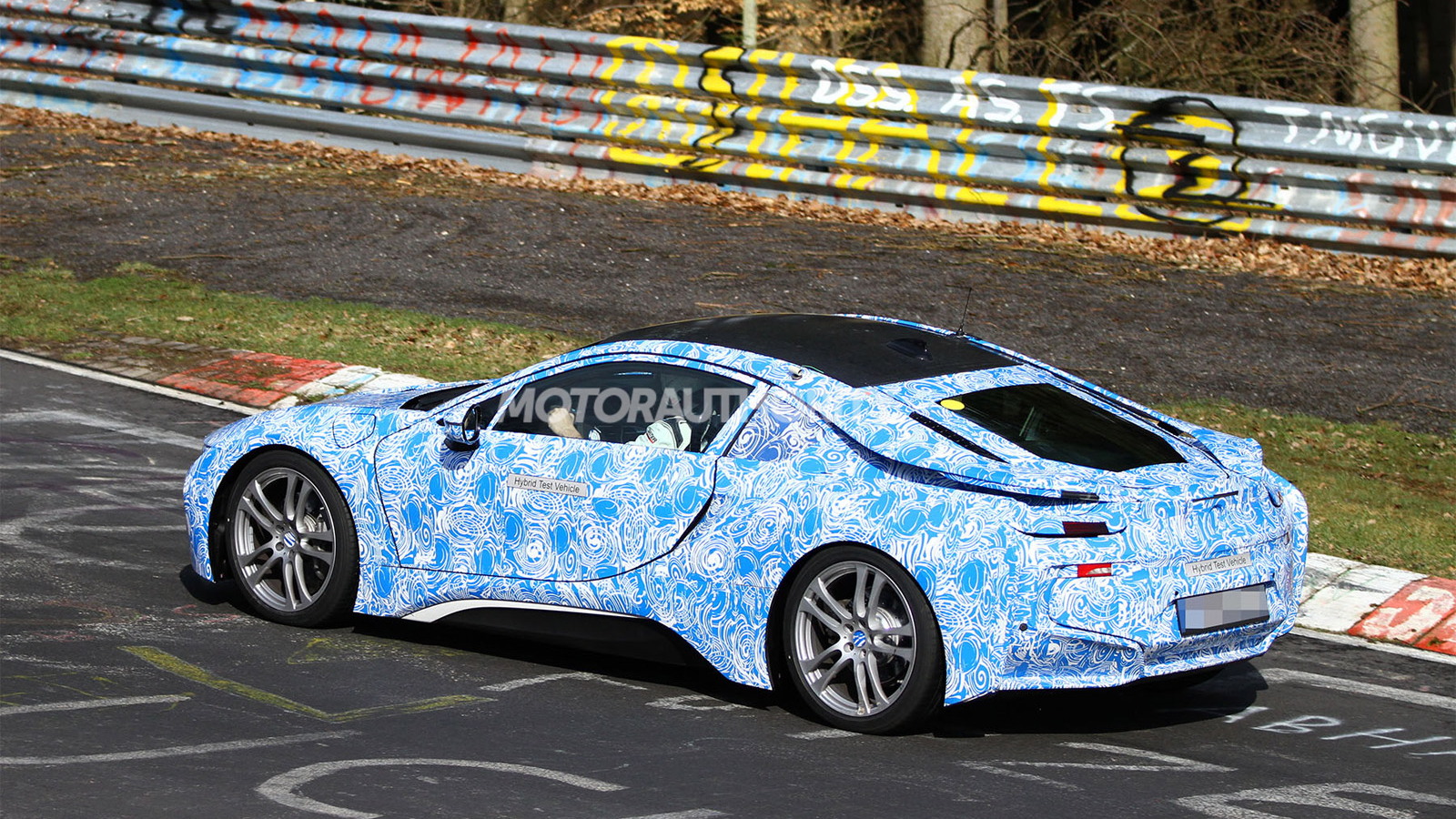 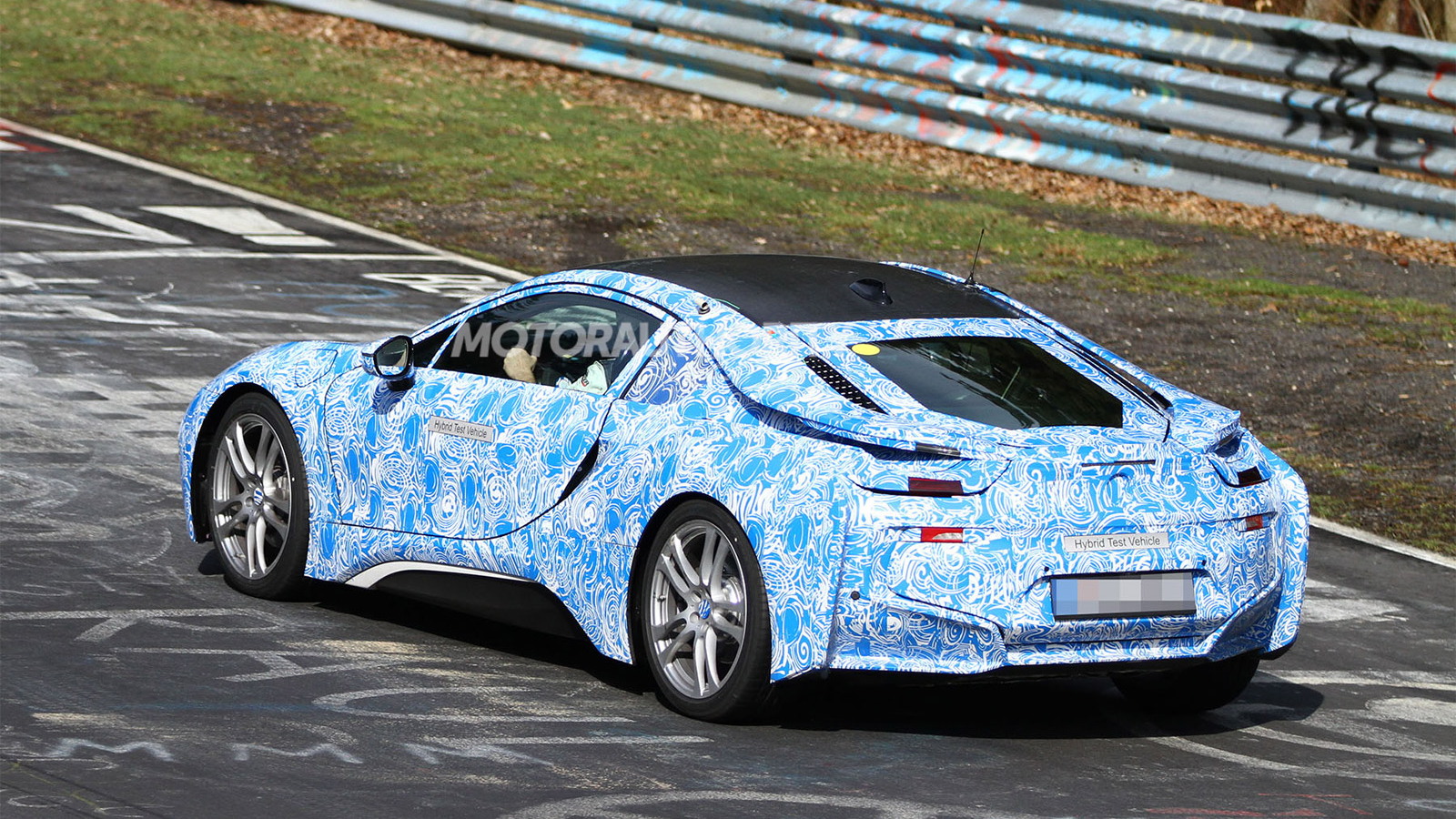 27
photos
The 2014 BMW i8 has taken to Germany's Nürburgring race track for some high-speed testing ahead of the car's reveal later this year and eventual sales launch next spring.

First previewed in concept form back in 2009 with the Vision EfficientDynamics Concept, the i8 is BMW’s answer to cars like the Mercedes-Benz SLS AMG Electric Drive and the on again, off again Audi R8 e-tron.

Yes, the i8 is billed as the performance flagship of BMW’s new i sub-brand for eco-friendly vehicles and features an advanced plug-in hybrid drivetrain that consists of a three-cylinder engine paired with an electric motor.

The engine is used to drive the rear wheels while the electric motor powers the front pair. The two power sources are capable of working independently or can combine to form a through-the-road all-wheel-drive setup. The electric motor can also serve as a generator, helping to top up the car’s lithium-ion battery when coasting or under braking.

The three-cylinder engine will displace just 1.5 liters but will be turbocharged to deliver up to 223 horsepower and 295 pound-feet of torque. The electric motor is said to have a 125-kilowatt (170-horsepower) peak rating, which would give the i8 a combined output of 393 horsepower.

This might not seem like a lot, but lightweight construction should ensure the i8 weighs no more than 3,200 pounds, meaning performance should still be strong. BMW is predicting 0-60 mph acceleration of less than five seconds and a top speed of 155 mph for its i8, but with a fuel economy as high as 78 mpg.

Unfortunately, it looks like BMW’s M division has dropped plans to use the i8’s advanced chassis for its rumored ‘M8’ sports car. Still, there's a whole lot to get excited about with the 2014 BMW i8.

Running down the center of the car’s floor is an "energy tunnel" that houses the lithium-ion battery. This gives the i8 a very low center of gravity--and all the dynamic benefits that come with it. The positioning of the electric motor and engine over their respective axles also helps provide an ideal 50/50 weight distribution. And if you want to cruise along silently, you can run the i8 for up to 20 miles before requiring the gasoline engine.

We’re now witnessing the final stages of development for the 2014 BMW i8 as the car’s is scheduled for its online debut in the coming months, with the official world debut set to take place at September’s 2013 Frankfurt Auto Show. Further down the track an i8 Spyder will be launched.

For more spy shots of the car, click here, and for an additional spy video, click here.