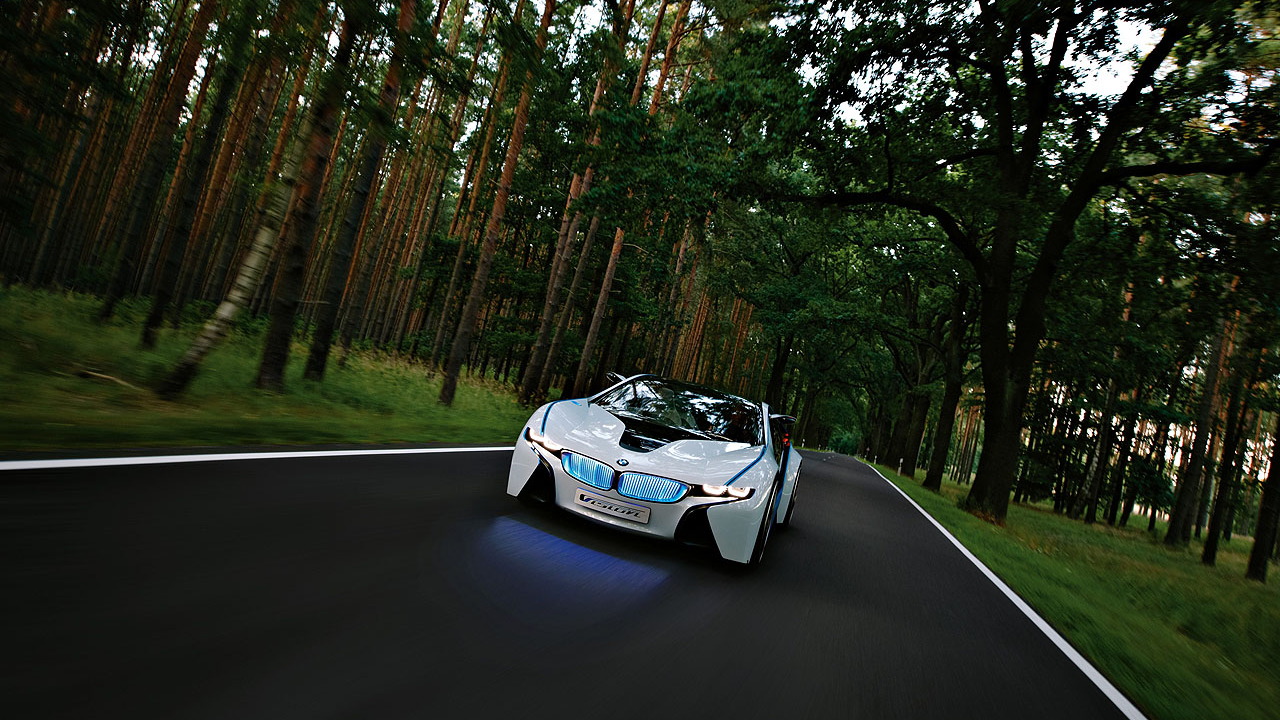 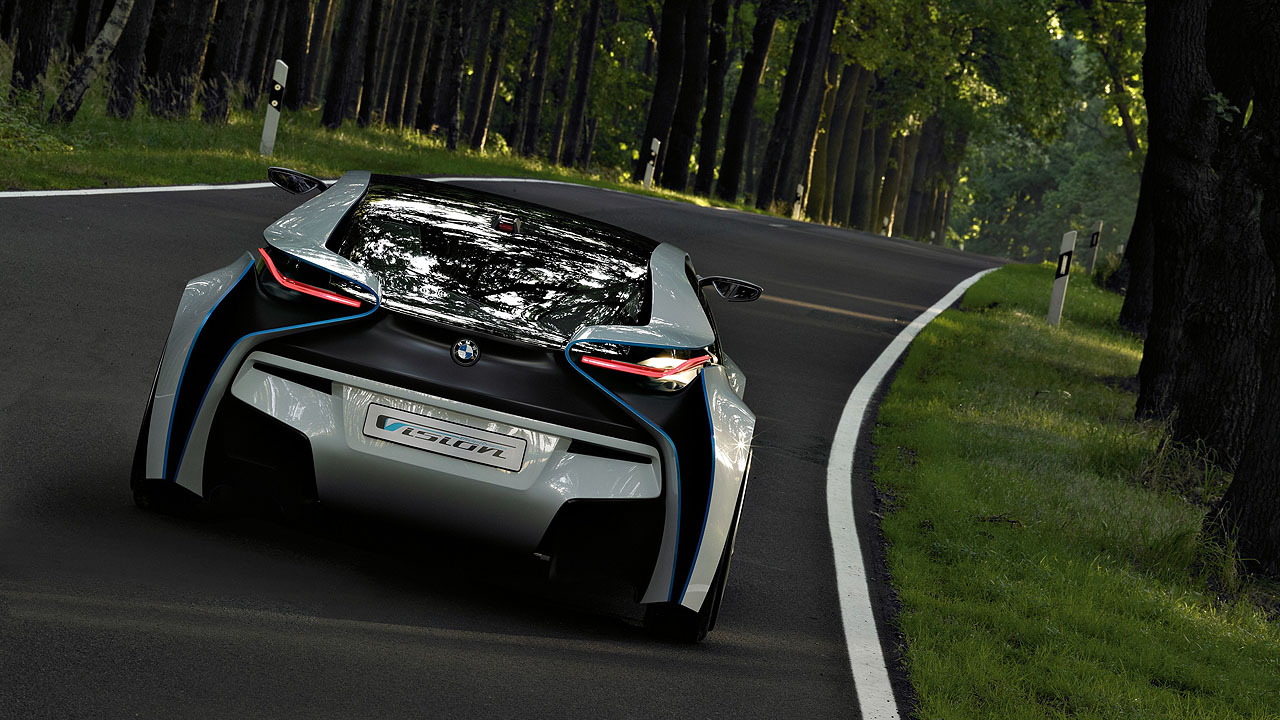 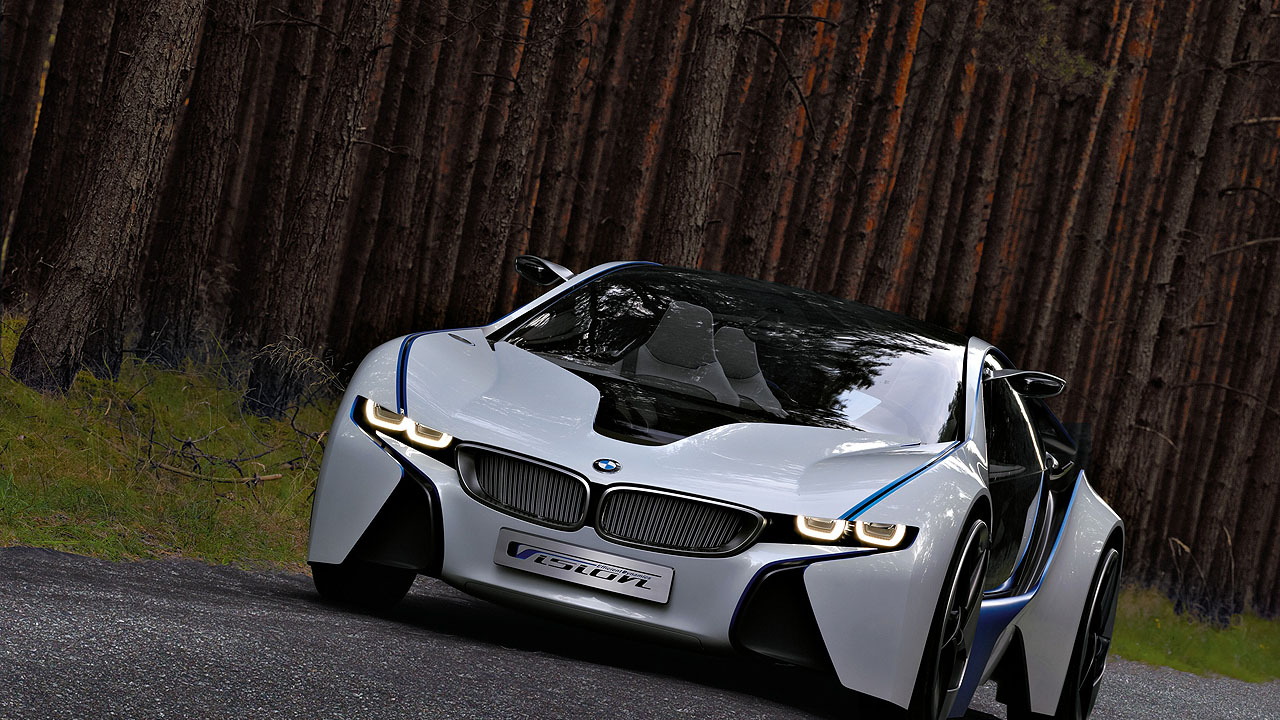 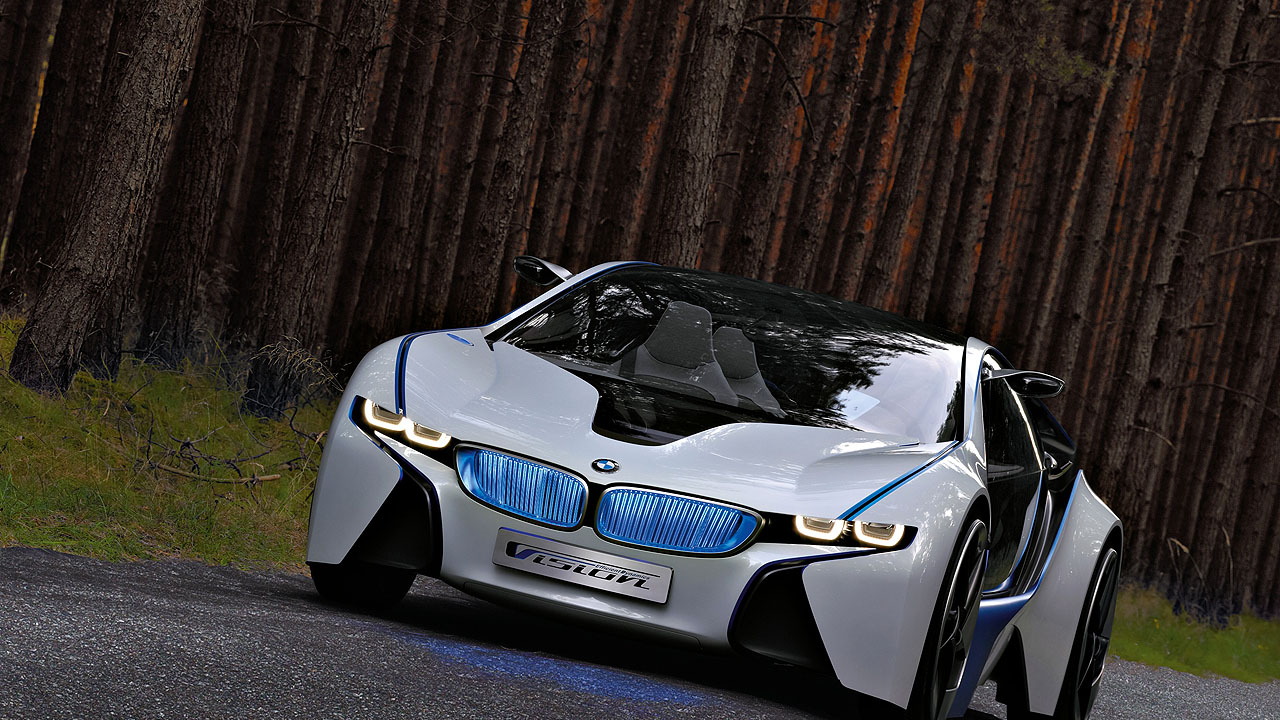 36
photos
Frankfurt's auto show shaping up as its greenest, most wired ever--and BMW's new concept coupe is leading the charge.

MotorAuthority has reported for weeks on the Vision EfficientDynamics concept in the works for the 2009 Frankfurt auto show. Rumors placed the car as a coupe, then a four-door, then a little unbelievably as a three-cylinder hybrid.

Almost all of the leaked details have turned out to be true, as BMW confirms the details of the new concept set for a world debut at the 2009 Frankfurt auto show.

At its core, the Vision EfficientDynamics concept is a sportscar in the BMW vein, with promised M-car performance levels. It's the drivetrains that are the shockers: this particular vision sees a future BMW sportscar sporting a three-cylinder diesel plug-in hybrid powertrain. It's a tour de force--at least in concept, since no automaker has yet produced a diesel hybrid, or a mass-market plug-in hybrid, not to mention a combination of the two.

BMW Vision EfficientDynamics: Greener Than Thou

With the new Vision concept, BMW isn't simply keeping pace with the Chevy Volts, Prius plug-ins and Peugeot diesel hybrid concepts floated by those automakers. It's a trump card that marries all those technologies into a single halo car that could lead the way to lighter, more efficient, more dramatically styled BMW coupes of the future.

It could also be the engineering equivalent of conjecture. There's so much going on beneath its body, it's difficult to imagine all the green-car technologies knitted together in harmony. It's hard to write them in a single sentence without running on, even. There's a direct-injection, 1.5-liter, 163-hp, three-cylinder turbodiesel, two electric motors (one per axle), a set of lithium-ion batteries, and a software controller that modulates and marries both powertrains to a combined total of 356 horsepower and 590 pound-feet of torque.

The EfficientDynamics concept uses all three in tandem or selectively. Using only the diesel engine's power, a six-speed dual-clutch transmission sends power to the rear wheels. The hybrid powertrain is actually two distinct applications, a "conventional" hybrid system applied to the rear wheels and a hybrid motor hooked to the front wheels. The rear-wheel hybrid system operates in tandem with the diesel engine, while the front system operates on battery power alone. As such, BMW says the Vision EfficientDynamics could provide all-wheel drive in electric-only mode, with battery power twisting its front and rear axles simultaneously.

The EfficientDynamics concept's performance is geared to convince Bimmerphiles that green and clean doesn't mean thin power and willowy handling. BMW claims a 155-mph top speed and a 0-60 mph time of less than 4.8 seconds, while providing fuel economy of almost 63 mpg, and for European enthusiasts, CO2 emissions of 99 grams per kilometer.

Because it's also a plug-in hybrid, those controversial CO2 emissions could be halved to 50 grams per kilometer, if the Vision EfficientDynamics were juiced up with electricity and driven on battery power alone. The plug-in technology used means the concept car would use a standard 220-volt household outlet to recharge its batteries. A 2.5-hour recharge time is predicted, though on a 380-volt line, BMW says a 44-minute full recharge is possible.

Is this the future look of BMW? BMW only says the grand tourer body uses aerodynamics extensively as functional design elements. A low front end and active louvers cool the drivetrain when needed, and close to improve airflow when unnecessary. The racing-inspired details continue with well-managed airflow--so tightly tuned, the EfficientDynamics concept generates a coefficient of drag of 0.22, while today's best production cars sit at 0.24 (pointedly, that car is the 2010 Mercedes-Benz E-Class Coupe.)

By BMW's measure, the EfficientDynamics concept sits in the midst of BMW's high-performance coupe range. It measures 181.1 inches long, 74.8 inches wide, and 48.8 inches tall, and weighs 3076 pounds. The concept has 5.3 cubic feet of luggage space, enough for two golf bags.

The body of the EfficientDynamics concept is lightweight in design and execution. The suspension and shell are aluminum, the roof and door skins autochromic polycarbonate glass. Inside, it's more of the same: Kevlar frames the seats, and connects them to the center console, but elsewhere, sustainability is penned into the colors and materials chosen.

LED lighting inside has ambient hues, while the headlights and taillights are linked to the ambient lighting to shift its color and intensity, depending on exterior conditions. A head-up display and night vision are configured into the gauges and driver displays.

Sophisticated software underpins virtually every system of the EfficientDynamics concept. That software takes constant readings from the car's systems and interprets the data to enable more efficient operation. An example: the navigation system's traffic data can cue the drivetrain to shut down the concept's cooling fans to prepare it for more efficient highway operation. Even the air conditioning and electric power-steering sensitivity are constantly tweaked in this way for optimum performance.

MotorAuthority is headed to Germany in a few weeks to bring you more on the Vision EfficientDynamics concept, live from Frankfurt. And, in tandem with the EfficientDynamics concept, we'll bring you the latest on the BMW X6 ActiveHybrid and BMW 7-Series ActiveHybrid, too. For all of High Gear Media's live coverage of the show and these new hybrids, follow the links below--or write your own preview of the show, the cars and the concepts by signing up to become a High Gear Media contributor.