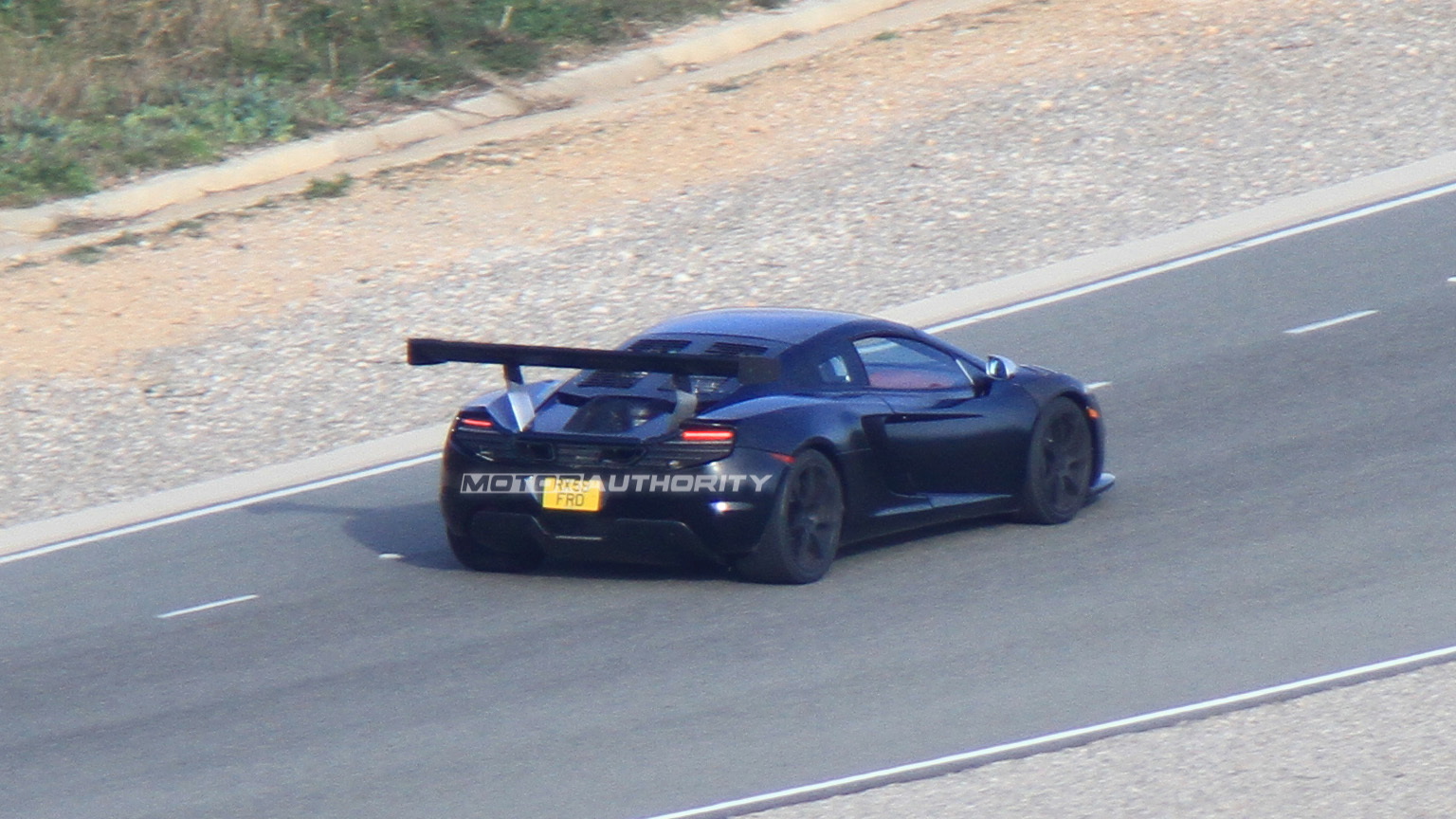 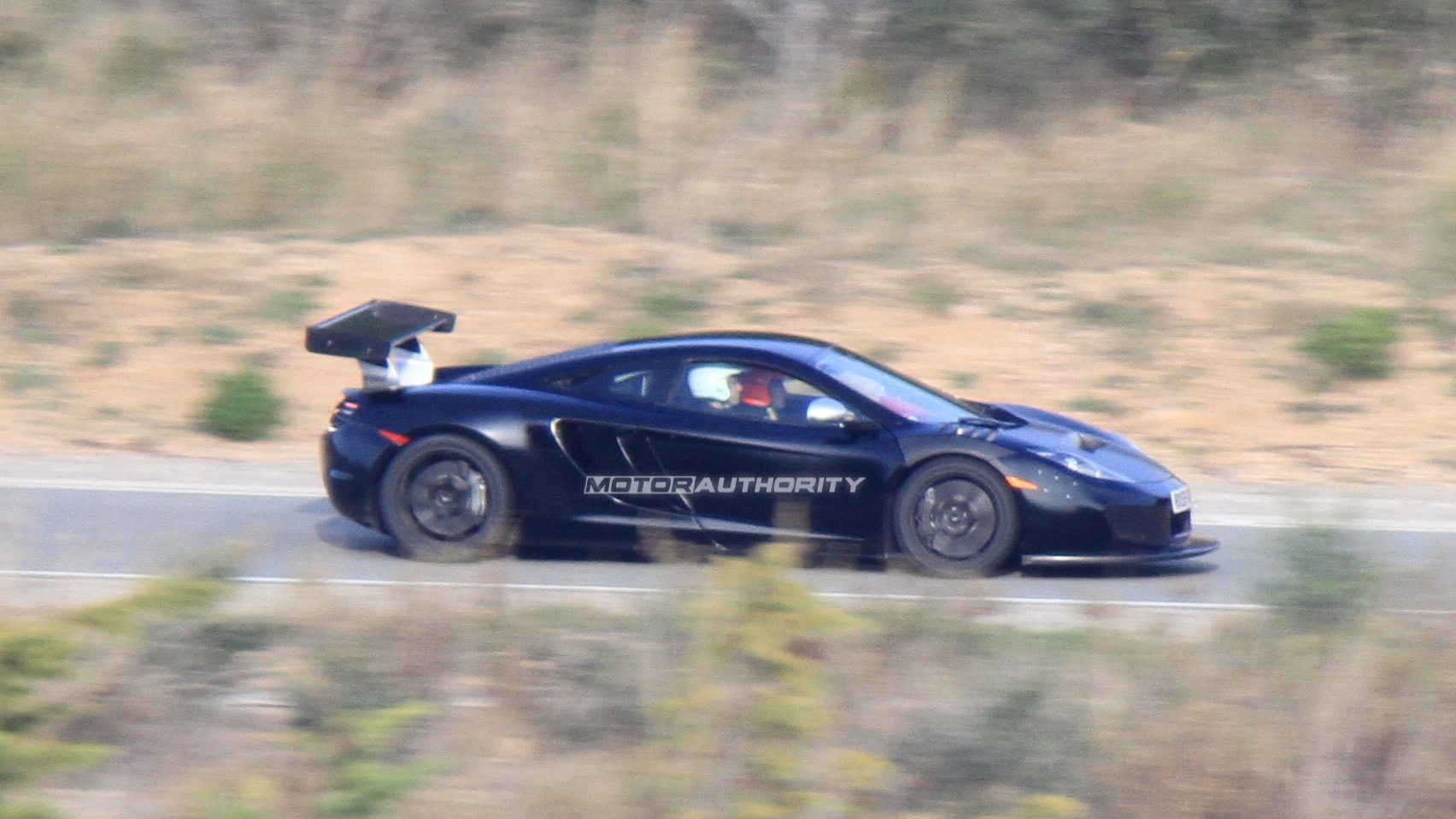 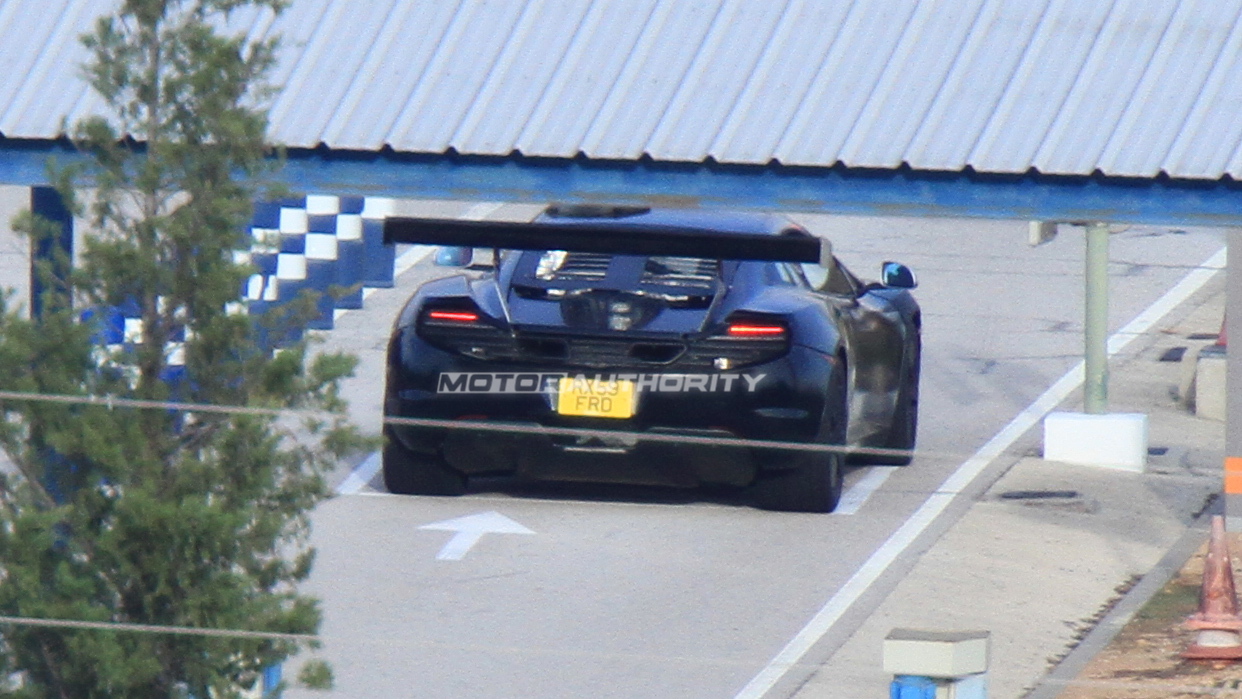 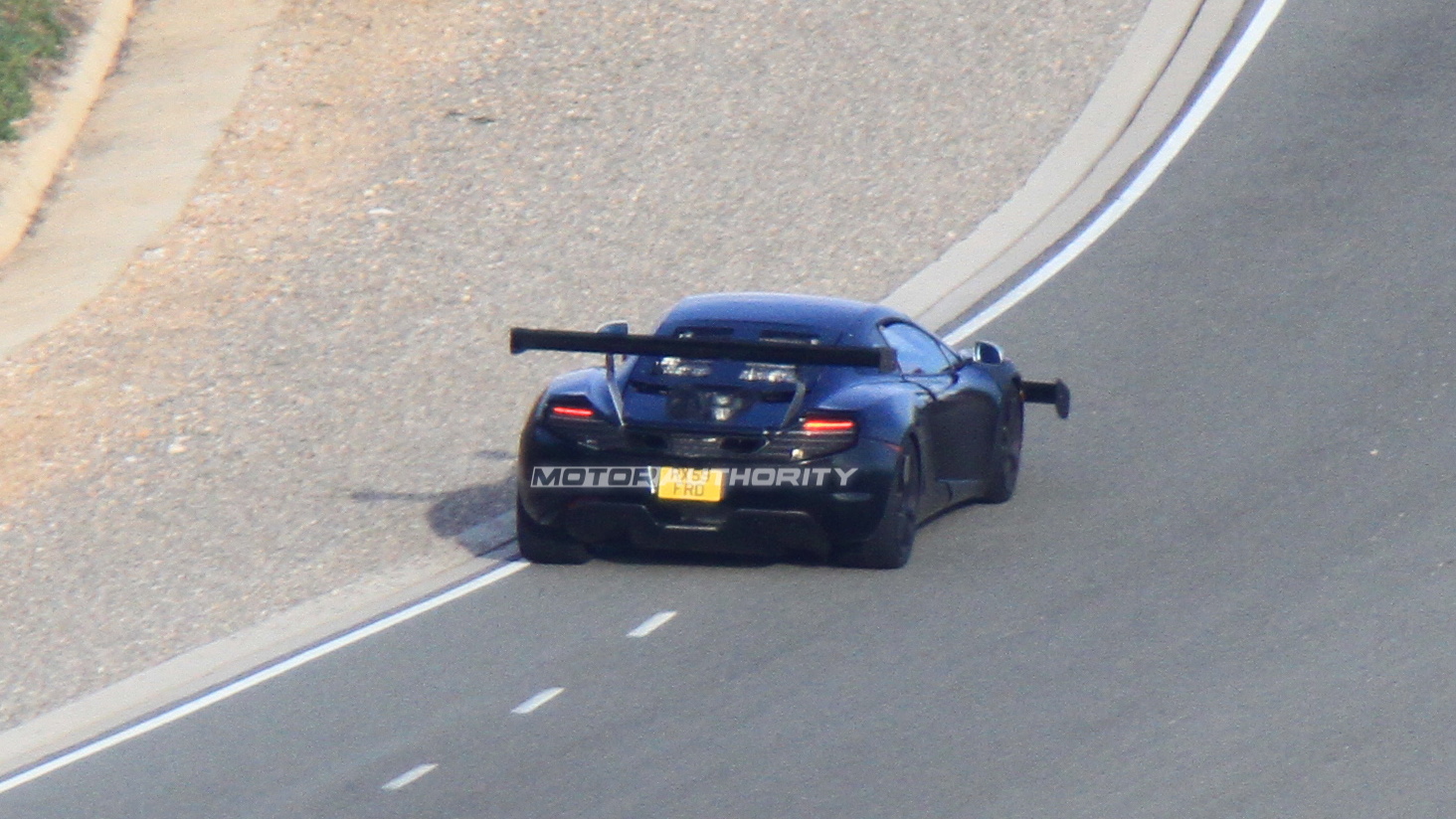 True to its heritage, McLaren's MP4-12C isn't even out in production form yet, and already the company has a nearly complete GT3 racing prototype. Spied here for the first time, we see the major differences are aerodynamic, though we expect changes in the powertrain and transmission to meet class rules and racing requirements as well.

Doing away with the front air intakes and replacing them with a single large intake in the front bonnet, adding a large fixed spoiler, and sporting re-shaped front and rear fascia, the GT3 is geared more toward downforce and race-level cooling than the production vehicle. Power from the 3.8-liter twin-turbo V-8 is over 600 horsepower in stock form, but racing rules for the car may enforce lower output to ensure parity with the competition.

Huge canards off the front fenders in some of the images are an extreme addition, going beyond the pale of even the German DTM series with their width and aggression. We can't say they do any aesthetic favors for the car, either, but if they work, hey, function over form, right?