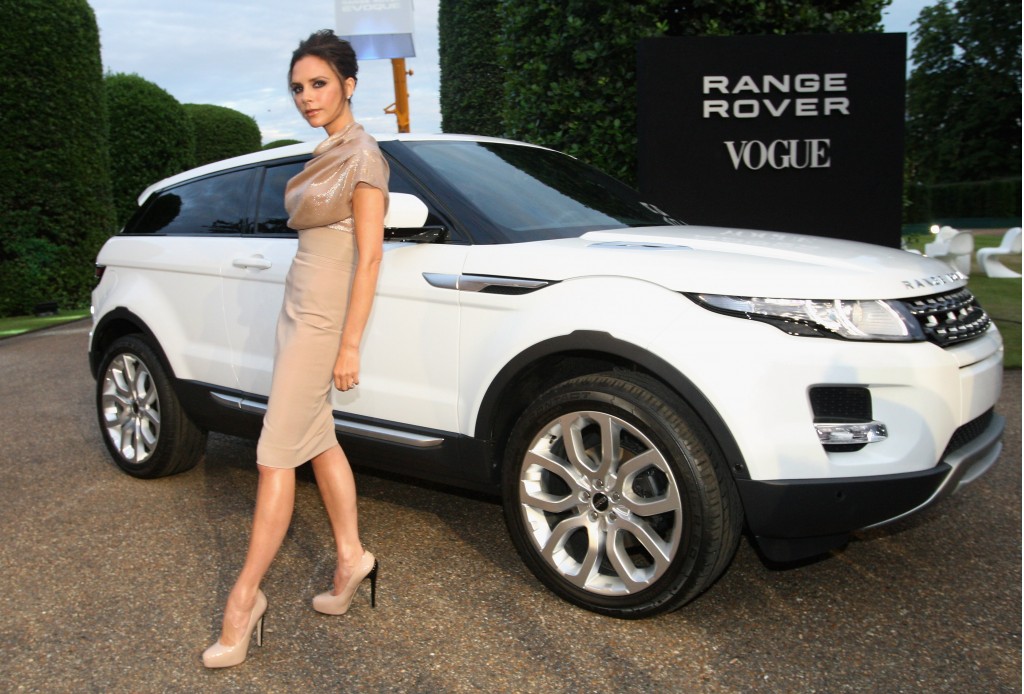 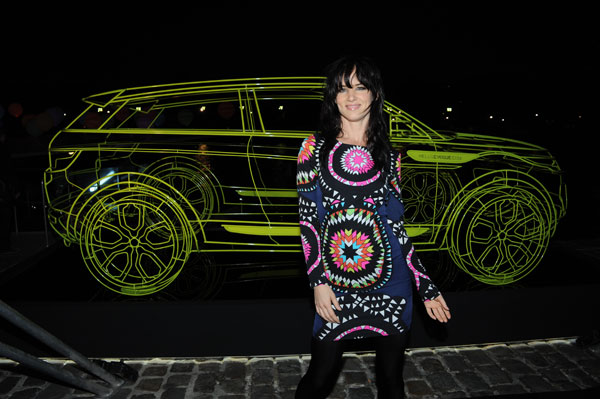 Over the next 12 months, Land Rover will launch an all-out offensive to get its new Range Rover Evoque front and center of the cool kids. Borrowing some marketing techniques from Land Rover's former parent company, Ford, as well as General Motors, the Evoque is being handed over to 30+ "global influencers" in the hopes that their trendsetting ways will help drive demand for the new crossover. And we have a feeling it will.

As you may recall, the Evoque was first revealed to the public over the summer, accompanied by fashionplate and eternally hungry person Victoria Beckham, occasionally remembered by her Spice Girl name, "Posh Spice". Last month, the equally thin, equally musical Juliette Lewis took over the reigns at the Evoque's official debut during the 2010 Paris Auto Show.

Now, Land Rover is bringing a few dozen more celebs and influencers into the fold. They're spread around the world, and not all are household names. In fact, many are behind-the-scenesters like John Rubin, the founder of Cool Hunting (the same online mag that Cadillac sometimes calls home). Others, like Marchessa's Georgia Chapman -- aka Mrs. Harvey Weinstein -- are already well-known by many in Land Rover's upscale target demographic.

The Evoque campaign will center on ten major cities, including New York, Paris, Milan, Sao Paolo, Moscow, and Berlin. Together, it's called the "Pulse of the City Project", which plays out a bit like Ford's Fiesta Movement (and the others that followed in its wake): celebs drive around their respective city, sharing thoughts about the Evoque as well as insight into their own daily lives. The result is a beautiful series of marked-up maps, which you can see at HelloEvoque.com. Not many are live just yet, but Rubin and London's Henry Holland give you an idea what to expect.

The celebs will be hosting a series of parties for the Evoque, too, not unlike the ones that GM put together for the new Buick Regal in cities across the U.S. And we've also heard about Land Rover purchasing tweets from celebs outside the "Pulse of the City" group, which should help raise awareness of the Evoque even further.

If you're a Land Rover fan feeling left out of the fun, don't: the automaker has just published a "Pulse of the City" app that lets you track your own adventures around town. There's more about that in today's Social Car News.