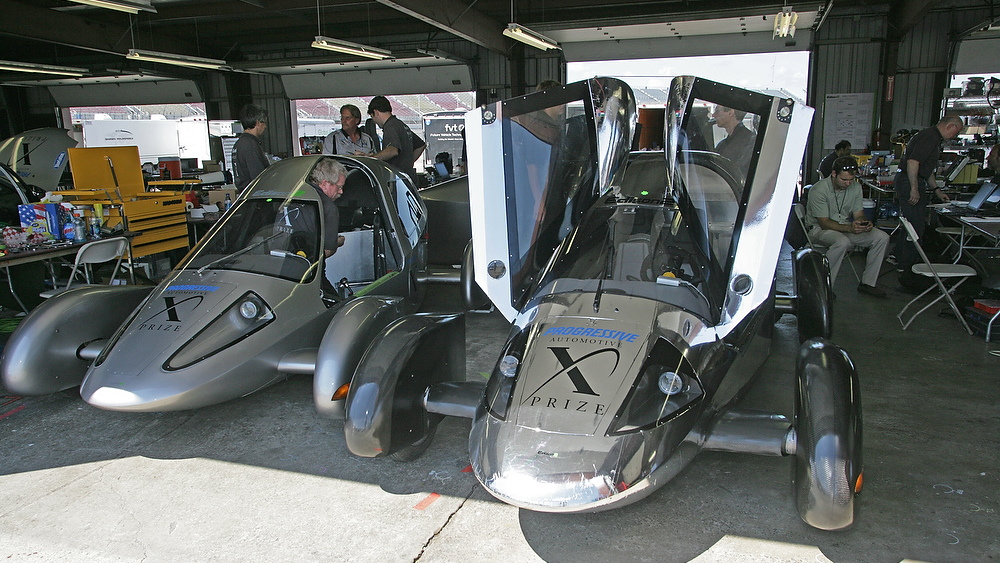 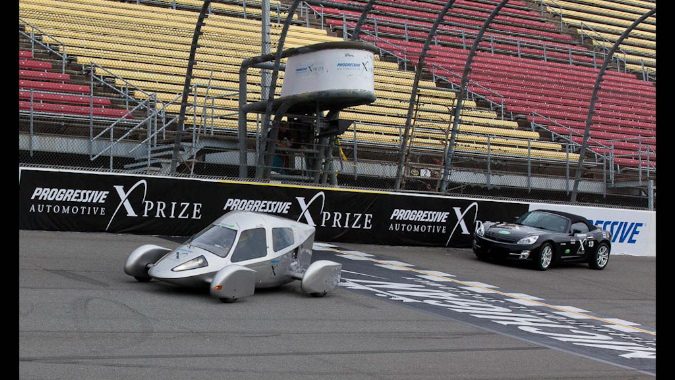 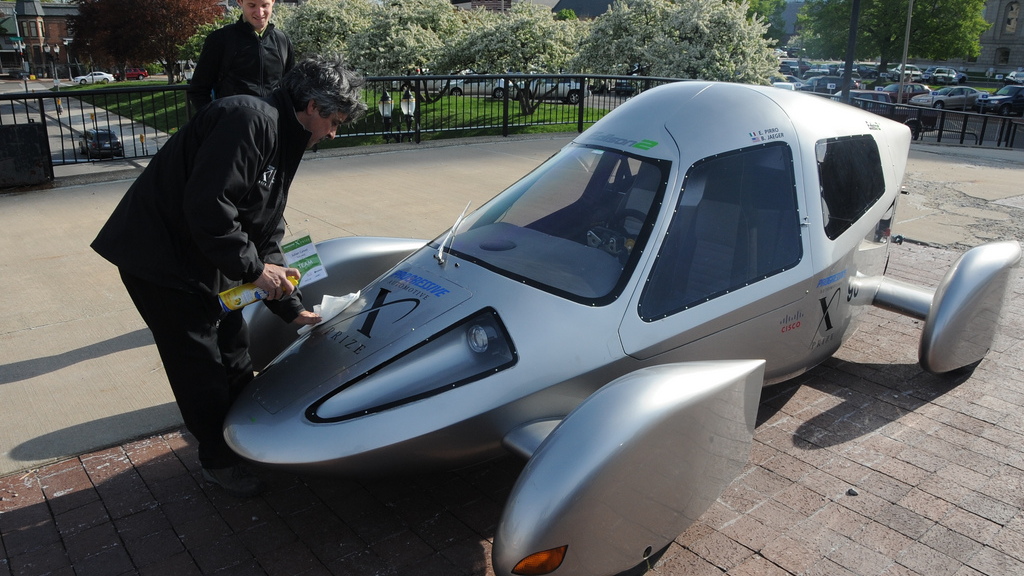 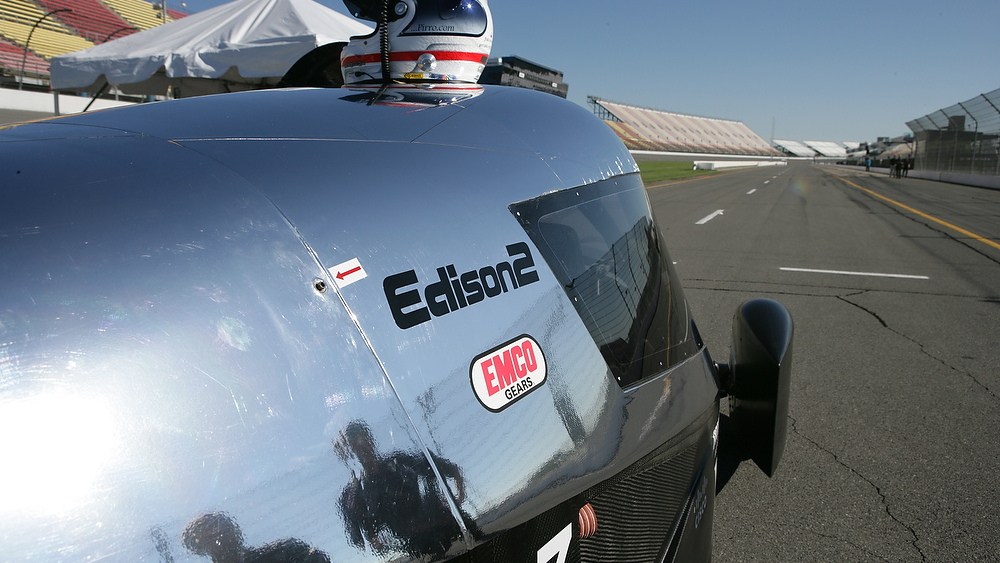 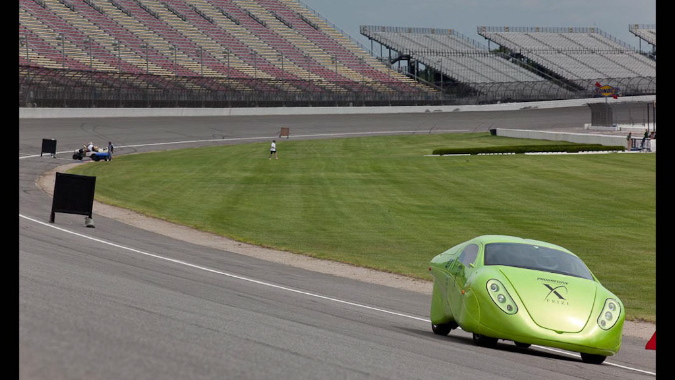 Both electric and combustion-powered vehicles took home cash from the Progressive Automotive X Prize competition, though early favorite Aptera wasn't among the victors. All winners had to achieve more than 100 mpge (miles-per-gallon equivalent, as defined by the competition) to win in addition to meeting certain production, safety, and handling requirements.

The winner in the "Mainstream" class--a term very loosely applied--was the Edison2 Very Light Vehicle, an outrigger four-wheeled side-by-side two-seater that posted 102.5 mpge burning E85 in a 40-horsepower 250 cc single-cylinder engine. Despite looking like a Russian military project from the late 1960s, the car posted the lowed coefficient of drag for any four-wheeled vehicle in the competition.

In the more avant garde Alternative classes (subdivided into side-by-side and tandem seating layouts) the Li-Ion Motors Corp. Wave II and the Peraves X-Tracer "E-Tracer" won $2.5 million each. The Wave II managed a smashing 187 mpge, while the E-Tracer did even better at over 200 mpge. Acceleration, despite the two-wheeled layout and very lightweight construction, was predictably lethargic, however: 14.7 seconds to 60 mph.

For the full details, hit up these links from our sister site Green Car Reports: Mainstream category and Alternative category.