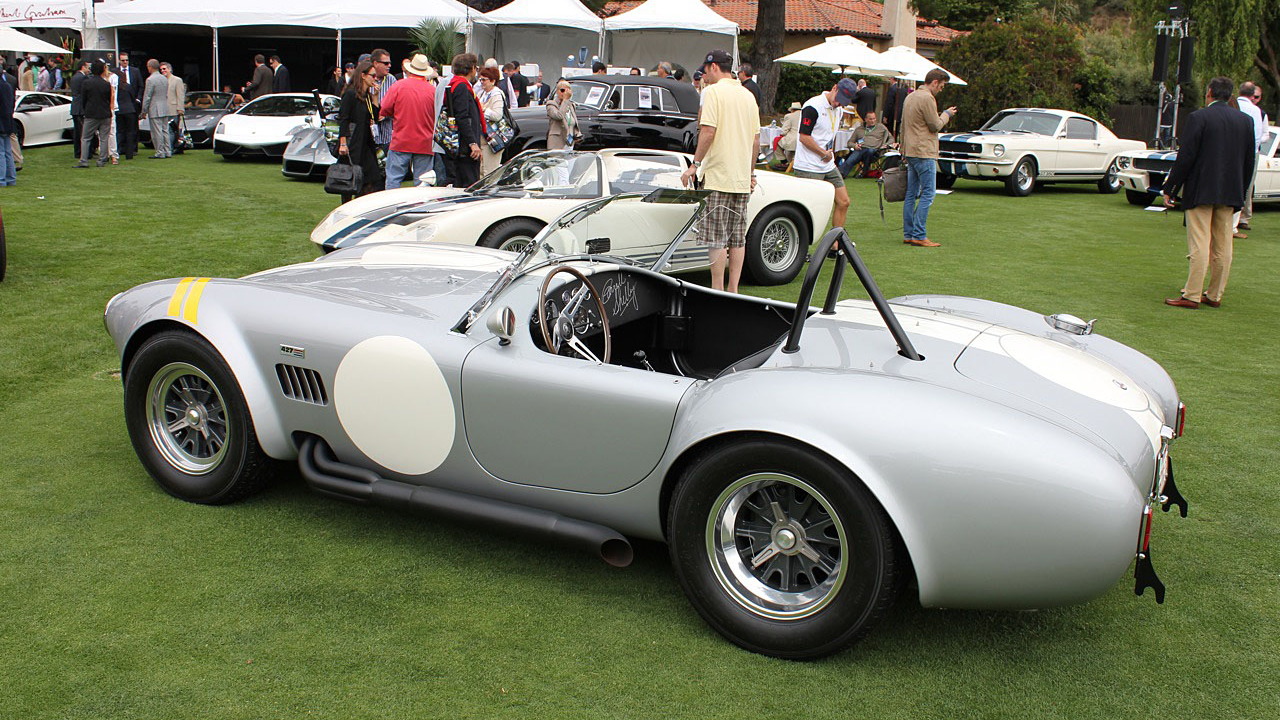 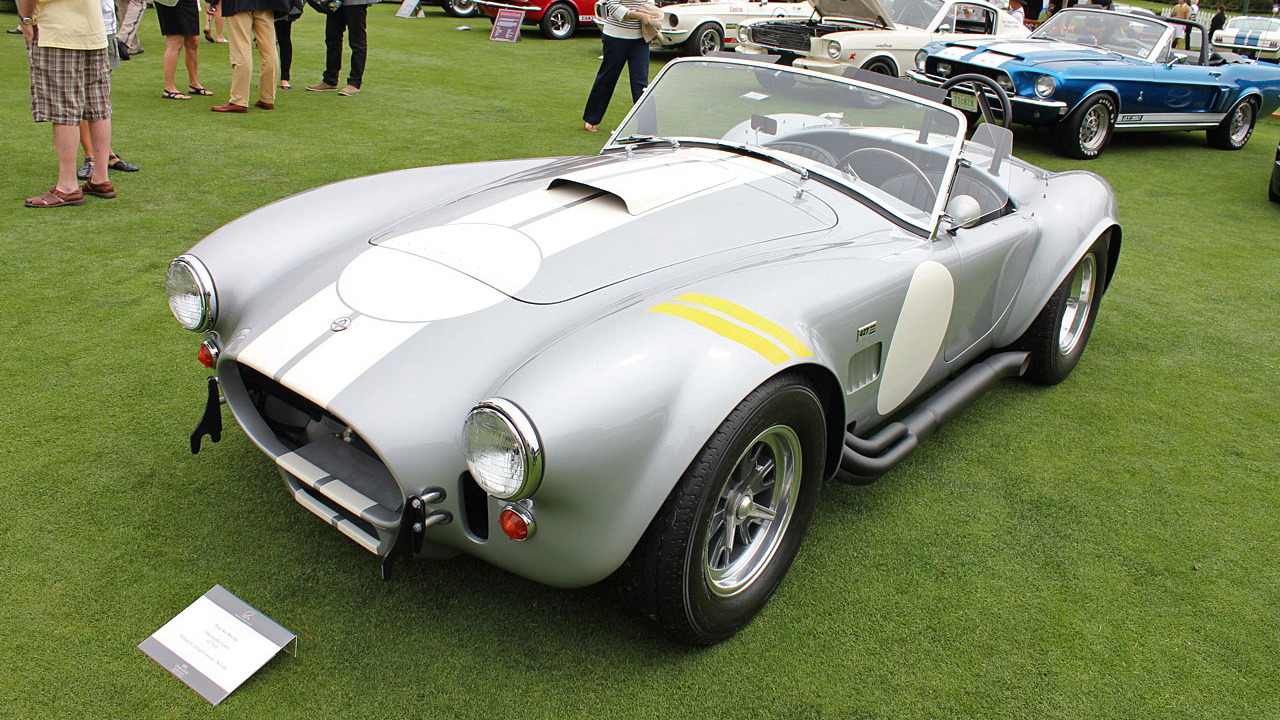 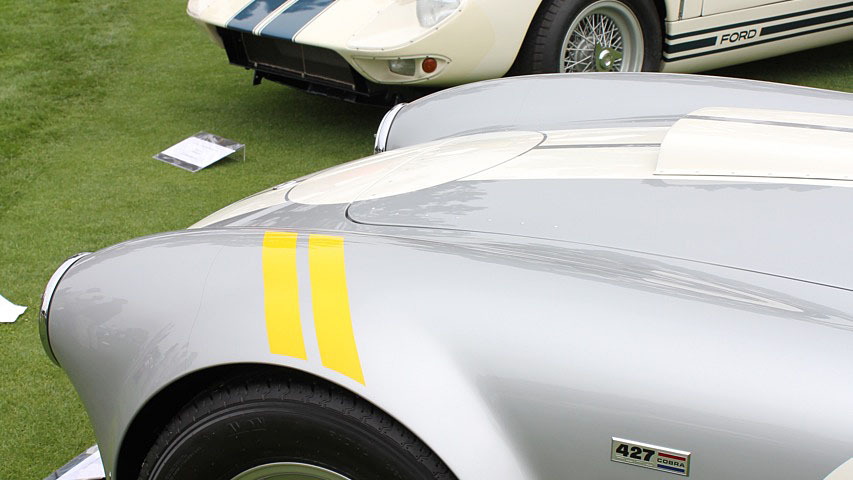 While The Quail 2010 celebrated 45 years of Carroll Shelby's Mustangs in a prime collection of GT500s, GT350s, KR convertibles and one bare-metal shell of an ur-Shelby Mustang, a smaller circle of roadsters connected the dots between the 'Stangs to Shelby himself.

A curated quartet of Shelby Cobras showed up to honor the man who created them. William E. Connor's example was a crowd favorite. The 1966 Shelby Cobra 427 S/C is shown above in perfect silver, with a GT40 prototype to its right. This Cobra is one of 31 examples fitted nearly to racing spec, and marketed as some of the fastest street cars ever offered for sale. Below, there's an excellent-condition 1963 Shelby Cobra in vivid red, wearing the number 13 and a black interior. It's owned by Stephen Serio of Massachusetts.

The blue roadster below here is a very special piece, the 1962 Shelby Cobra owned by Carroll Shelby himself. Unrestored, it's clearly seen the wear and especially, the tear you'd expect from a nearly 50-year-old example. Finally, the green Cobra below is the 1967 Shelby Cobra CSX 3330. It's owned by Roger Hoffman of California.