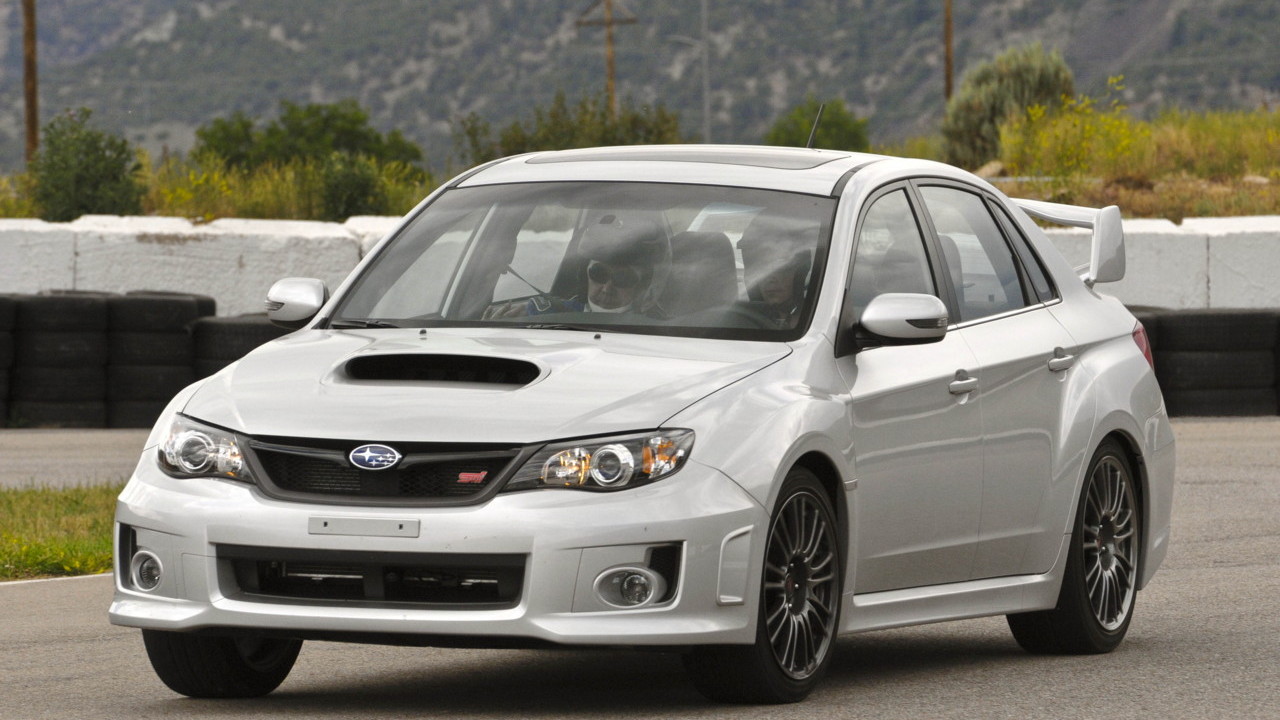 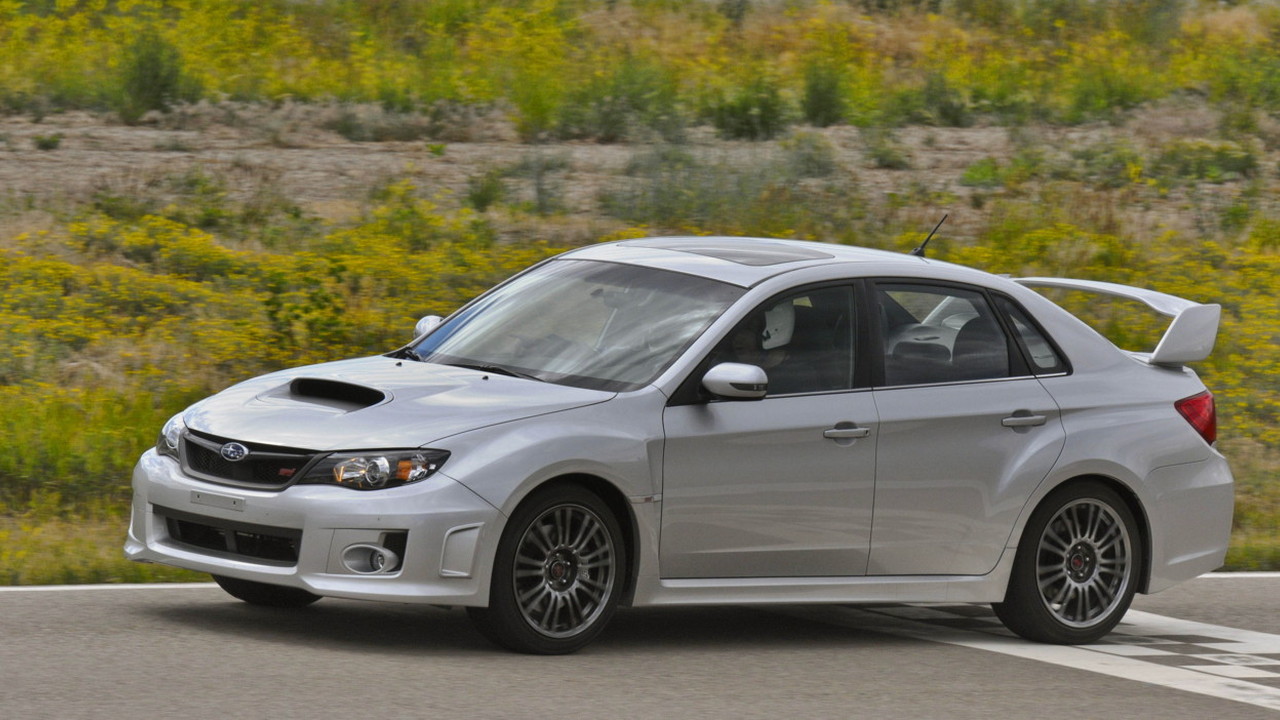 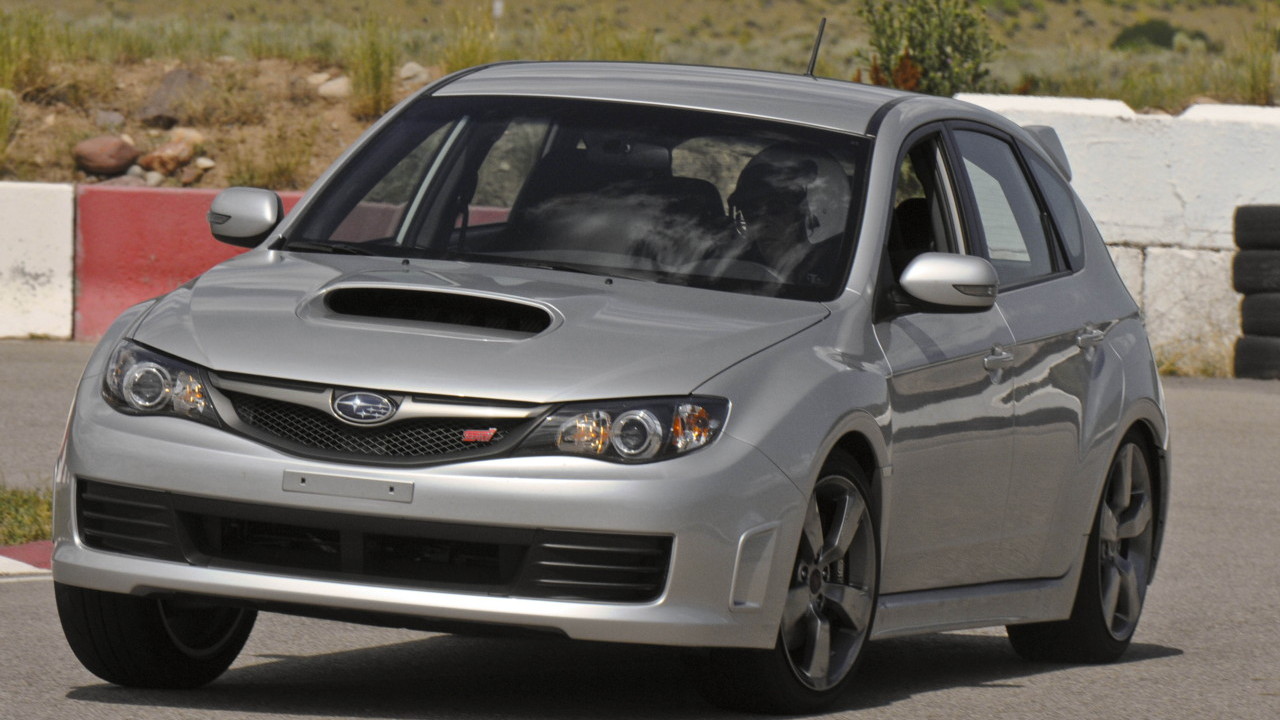 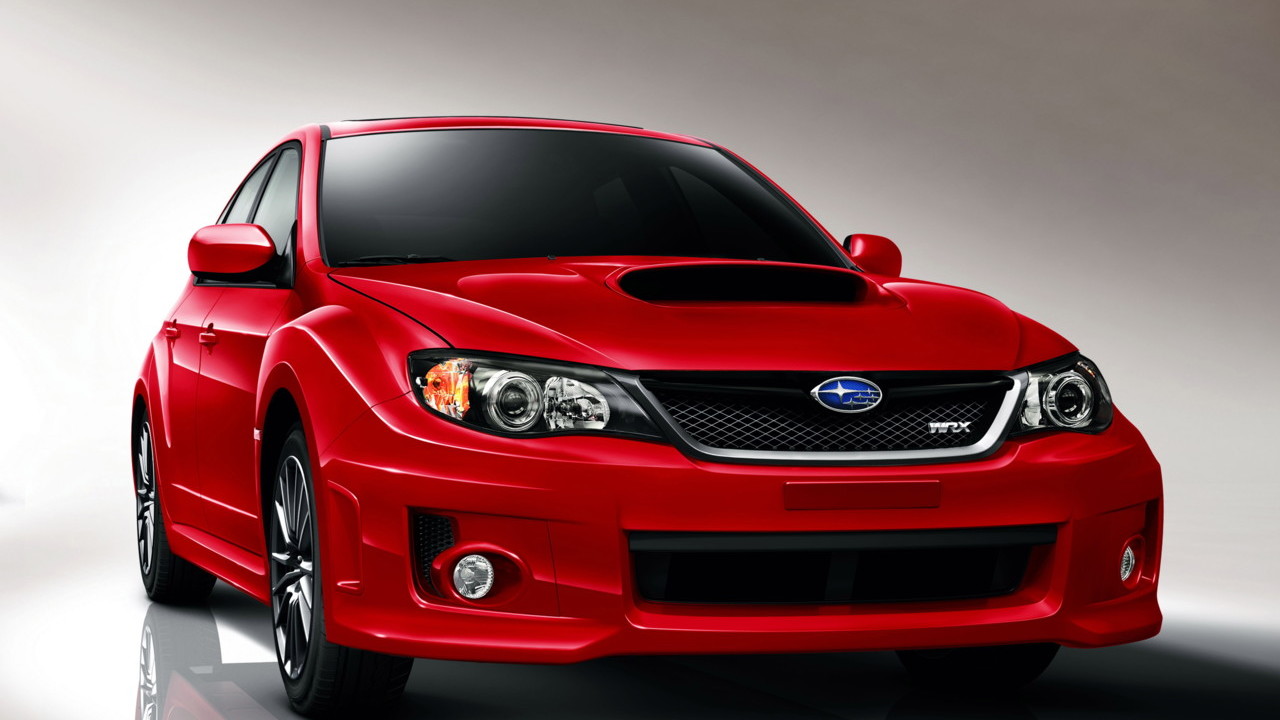 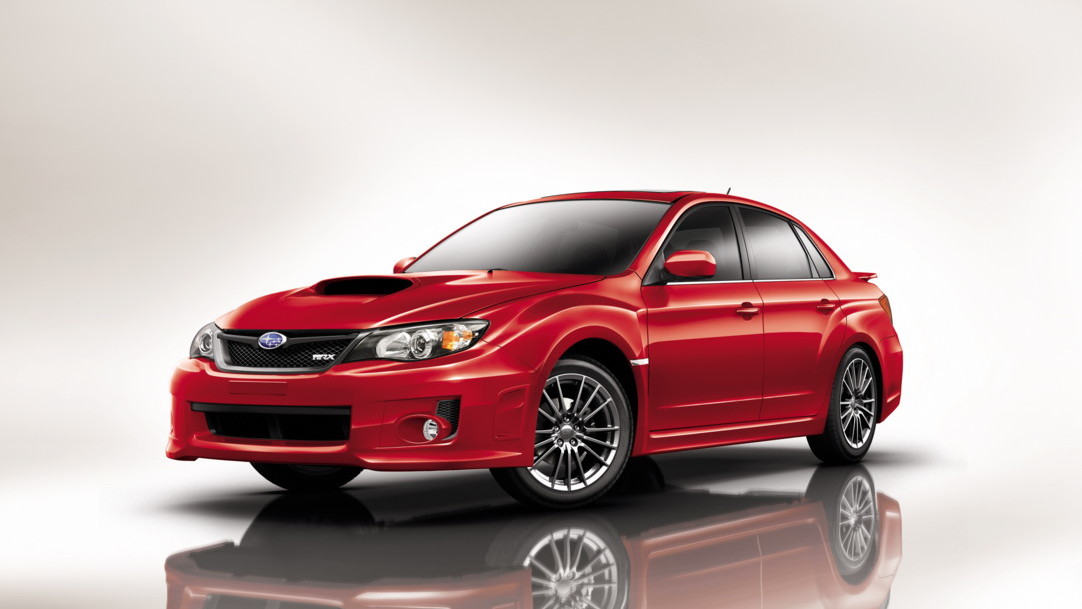 15
photos
Subaru has a knack for continuous improvement on its vehicles—particularly its performance-minded Impreza WRX and STI models.

And while it rolled out an all-new sporty Impreza WRX and high-performance STI for 2008, it gave the WRX a host of mechanical upgrades for 2009, with a few more tweaks last year. Now, for 2011, both of these rally-themed models get a more aggressive look, but it's the top STI that gets the most performance innovation this time.

First, the look: Line both of these models up side by side and they're closer than ever in appearance. Together, both of these models get a number of changes—most of which are now shared between the WRX and the STI. The new wide-body look brings a new grille, a new 17-inch alloy wheel design with wider tires, and a WRX spoiler for the sedan. Up in front, the lower air intake is wider and lower, the lip spoiler is resculpted, and blacked-out foglamp bezels further help the wide, low look. In back, both models get a more aggressive lower-body look with quad-tip exhausts, and of course alongside the front and rear fenders now bulge outward, giving the car more voluptuousness. Inside, the appearance is familiar, but there are new instrument clusters, a new audio system, and darker, more understated trim.

Both models remain offered in four-door sedan or five-door hatch bodystyles. But arguably, contrary to what we suspected in pictures, it's the sedan that benefits the most from the new wide-fendered look. From rear three-quarter angles in person, where the sedan has looked a bit dowdy and awkward since its redesign, the flared sheetmetal makes the whole design pop. The sedan also gets a more aggressive spoiler configuration that helps improve aerodynamics and raise top speed (to 158 mph for the STI). In our opinion, the hatch was already the better of the two bodystyles, and it also benefits a bit from the new look.

Closer than ever in look, but different in personality

The WRX and STI now share the same body structure, too, but powertrain and suspension is where they're quite different. While the WRX continues to get a 265-horsepower, 2.5-liter horizontally opposed (boxer) four-cylinder engine and five-speed manual transmission—with viscous-differential all-wheel drive—the STI gets a 305-horsepower, 2.5-liter turbocharged boxer four, six-speed manual transmission and an all-wheel-drive system that includes the Driver-Controlled Center Differential (DCCD).

Even before looking at what the STI's extra toolkit does, there remains quite a difference between these two models, just in the way they respond to your right foot—even in how they sound. Start the STI up and take off gently and the engine sound is deep and pulsating, with more of a tuner note; the WRX sounds more like a 'normal' car.


Indeed, these two models have very different tuning, and the uninitiated might think, at first impression, that the WRX has the stronger engine. It's a little deceiving that both engines are listed as producing their peak torque at 4,000 rpm, and the STI produces a peak boost of 14.7 psi, versus 14.2 psi, but the STI's engine saves it all for the upper ranges. Shift a little too early and the STI feels almost sluggish, but keep the revs up and somewhere north of 3,500 rpm it'll suddenly pin you back in your seat. Fortunately, the six-speed manual has closely spaced gears, and once you're on top of that peak boost you can keep it close. The WRX, by comparison, comes on smoother, torquier, in a way you can feel a full 1,000 rpm lower; and the combination of slightly larger gaps between gears makes it feel more docile, more flexible, though ultimately less aggressive.

Full disclusure: Subaru brought us up to high altitude roads above Aspen (and over the Continental Divide) to show in part that its turbo engines aren't affected by altitude in the way that other performance cars are. Indeed, we breezed by a wheezy Dodge Charger on one of the passes.

There's also SI-Drive, on the STI, which lets you select Intelligent (I), Sport (S), or Sport Sharp (S#) modes, each affecting throttle response. Larger Brembo performance brakes are included with the STI as well, and a Super Sport ABS system allows independent control of each rear wheel and reduces understeer. And the stability control system includes a 'traction' mode, intended for the track, that uses the brakes but no longer cuts the throttle; it can also be turned off completely.

There's a real difference in the way the WRX and STI ride and handle. While the STI's setup feels tight and well controlled in almost every case, and the WRX continued to surprise us with its poise, the WRX has a little more bounciness, a little more lift and squat during extreme maneuvers. Both models, by the way, benefit from an inch more of rear track, and the WRX has stiffer rear bushings and new, lighter 17x8 Hitachi wheels.

While the WRX's suspension layout has been mostly carried through, there are some major changes in the STI's suspension. With some clever engineering, Subaru has managed to stiffen springs, bushings, and stabilizer bars, and lower ride height, without making the in-cabin experience any harsher. The key to this is a new pillow-ball bushing setup—at steering pivot points—that essentially helps isolate road harshness while preserving the responsive, communicative feel just at turn-in (and preserving the geometry off-center) that would lead to more driver confidence. It's a solution borrowed from racing cars that, in the STI, is the perfect solution, and Subaru says it provides more stiffness on the track and reduces understeer in cornering.


Driving the 2010 and 2011 STI models back to back on an imperfectly surfaced closed road course, it felt a little wondrous that so much stiffening could be done without added harshness. Overall, springs are 16 percent stiffer in front and 53 percent stiffer in back, and ride height is just 5 mm lower, and altogether I found myself more confidently rotating the tail in tight corners as well as making more precise steering adjustments off center.

The STI's willing partner is the DCCD system, which sends 41 percent of torque to the front wheels and 59 percent to the rears. There's an Auto, Auto+, Auto-, and six levels of manual center-diff lockup, all accessed through a little flip switch in the center console. Though we drove on the road for most of the time in the Auto mode, on the track we were able to get that rotation, and feel the tiny bit of power oversteer, in Auto- and the Traction mode.

STI No Longer Basic Inside

Once upon a time getting an STI meant getting a very basic tuner-car interior with limited options, but you'll no longer need to make that compromise. Subaru has become smart to the idea that WRX buyers would rather have a STI, and some STI buyers aspire to a BMW M3 or Porsche Cayman—without giving up creature comforts—so the automaker has now added an all-weather package for the STI, as well as made leather and a moonroof optional. A touch-screen nav system with Sirius Satellite Radio remains optional. And Subaru has finally added a one-touch up/down driver's window with anti-pinch. Of course all of this places the WRX and STI on stronger competitive ground against its archrival, the Mitsubishi Lancer Ralliart and Evolution.

We still weren't that fond of the interface or the sound quality from the audio systems in the WRX and STI models, though they now include Bluetooth connectivity—both for hands-free calling and music streaming—as well as an auxiliary input, USB, and iPod connector. Otherwise, it's easy to forget when out on the track that these are very practical, useful vehicles; with a good set of all-weather tires, they're great in the snow, they don't have the delicate groundwork of other performance cars, and back seats fold down easily for more cargo.

Both models arrive late this summer. Prices are up only modestly from 2010, with the lineup ranging from $25,495 for a base WRX sedan or hatch up to $37,345 for the WRX Limited sedan.