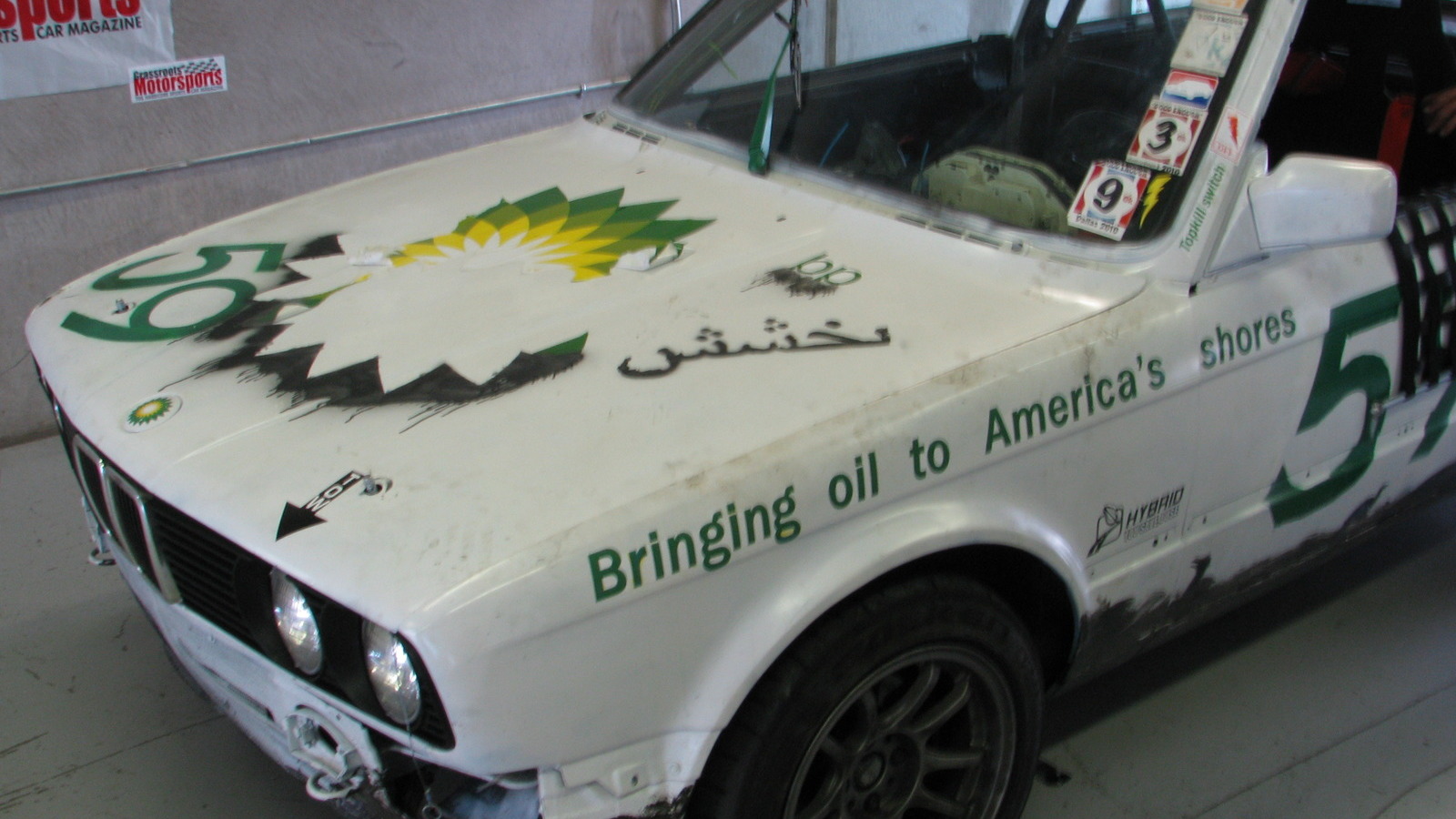 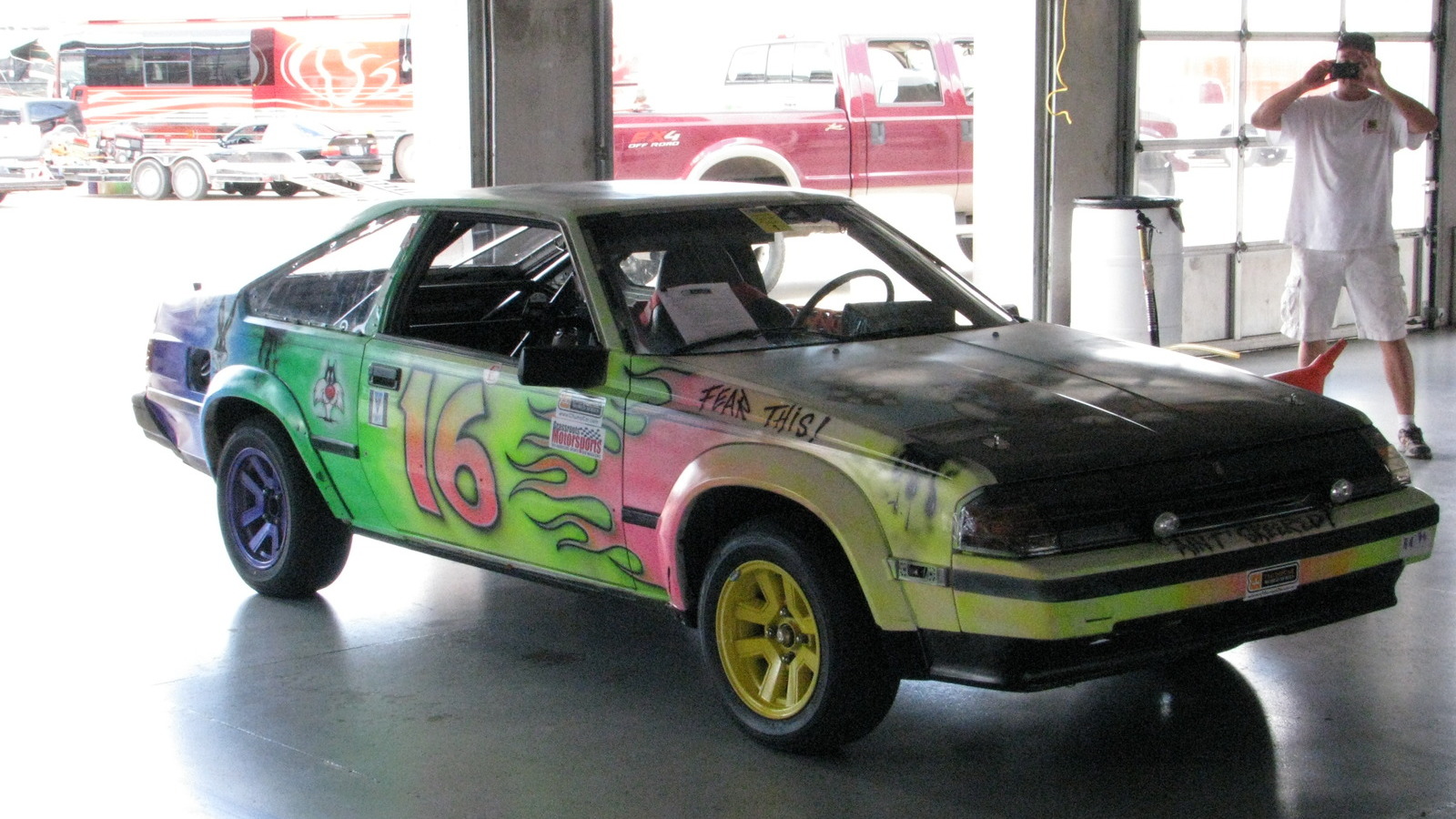 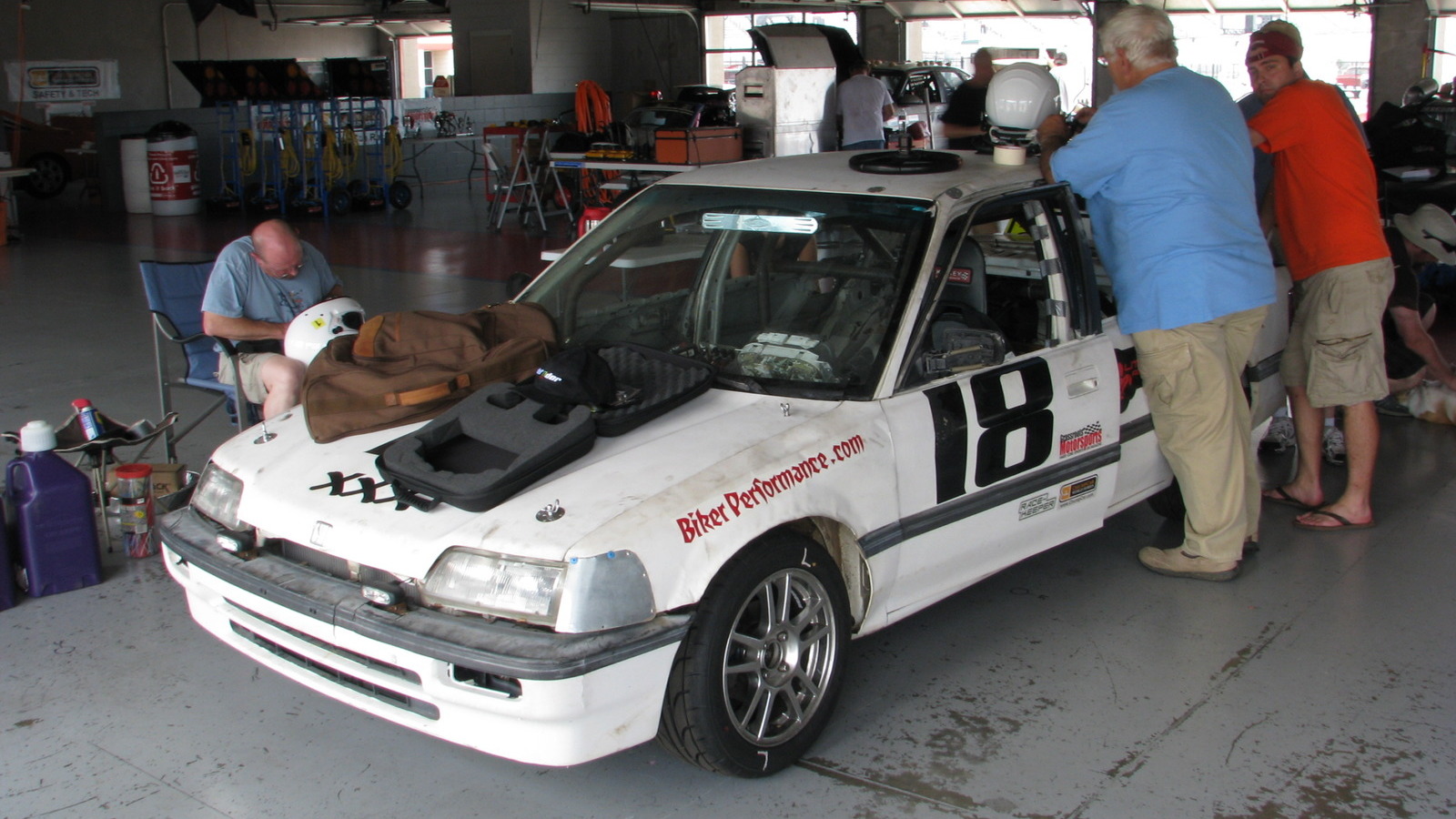 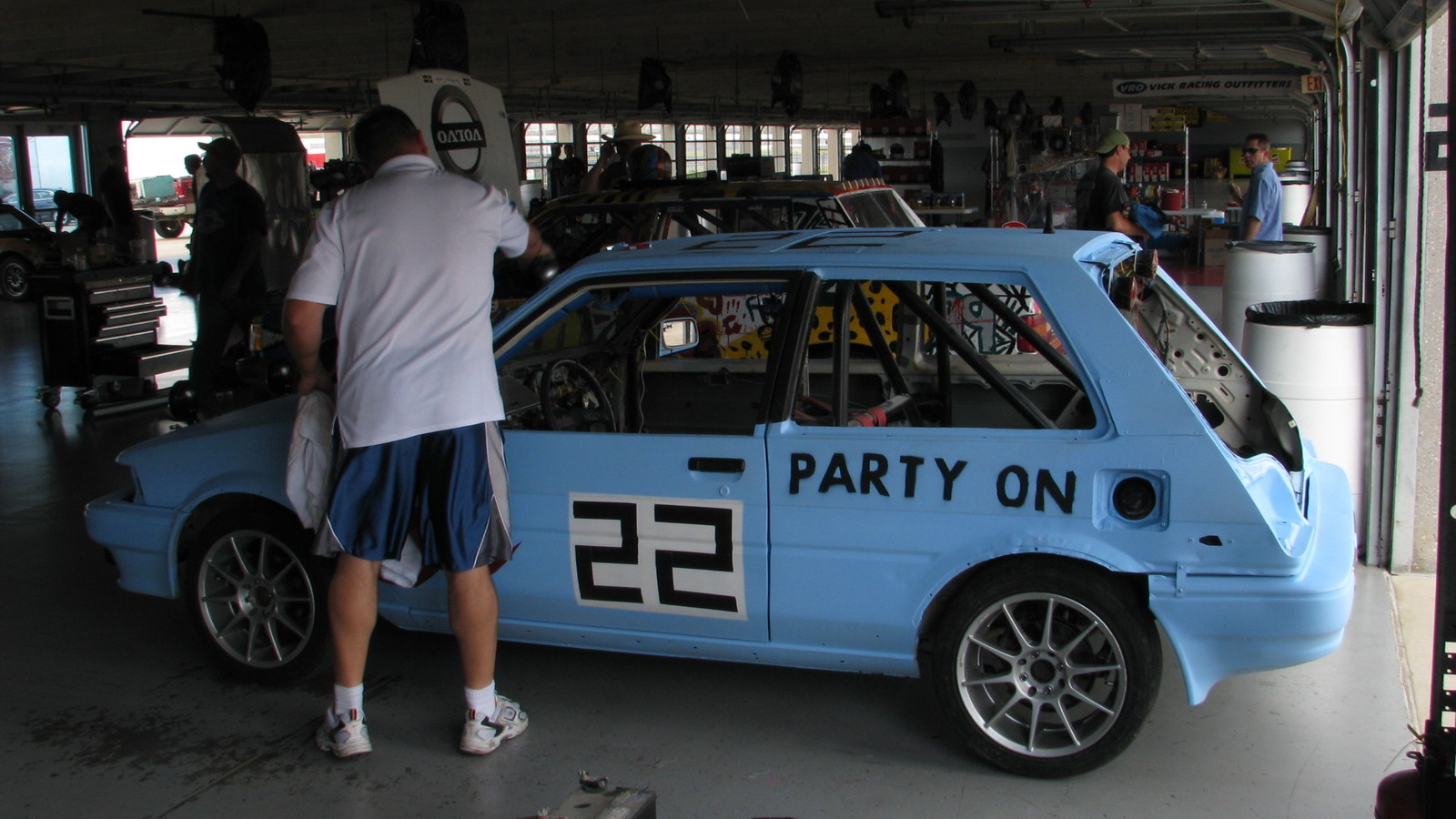 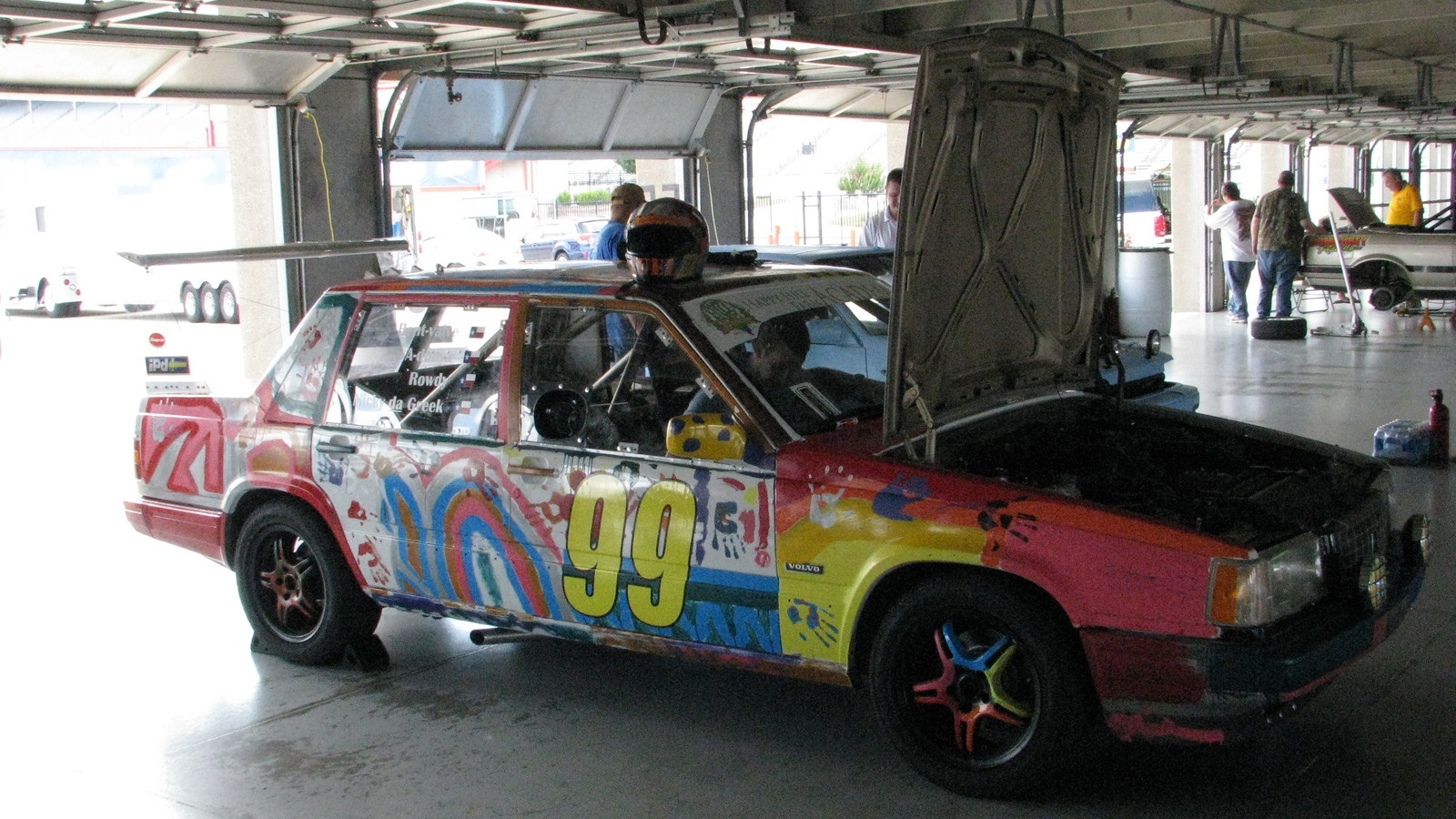 It's only about 89 degrees here just outside of Fort Worth at the Texas Motor Speedway as we get ready for the running of round nine of the Chumpcar World Series, a.k.a. "The Best Little 24 Hour Race In Texas." But it's also almost 10 p.m.

Tomorrow will be one hot and nasty 24-hour run around the roval, and not just because of the scorching 100-degree Texas sunshine. Lining the garages tonight are some of the most ragtag, oddball, and occasionally offensive race cars in the country--and every last one wants to see the checkered flag fly for their car.

The competition will be fierce, though just surviving through the evening and into the night will be a victory for some. Making it through the full 24 hours of on-track time will be a feat that even Peugeot couldn't pull off, and they're not racing with JB Weld and Rustoleum as primary parts sponsors.

Strolling the garage this evening, the only real anomaly noticeable among this pile of anomalous hardware is the presence of no fewer than three Ford Thunderbirds. Even the (intentionally) crap-tastic Opular Dependence Opel GT seems more at home here. But that's part of what makes this form of racing so interesting--just seeing what people will bring out.

The green flag flies at 11 a.m. tomorrow, and the cars will run until 12 p.m. on Sunday with only a one-hour safety break at sunset. Motor Authority will not only be competing once again, but covering the event live from the garages in between pit stops, driving stints, and whatever other mayhem the day brings. Stay tuned.

Hit up page two for a full list of the teams and cars signed up to run.