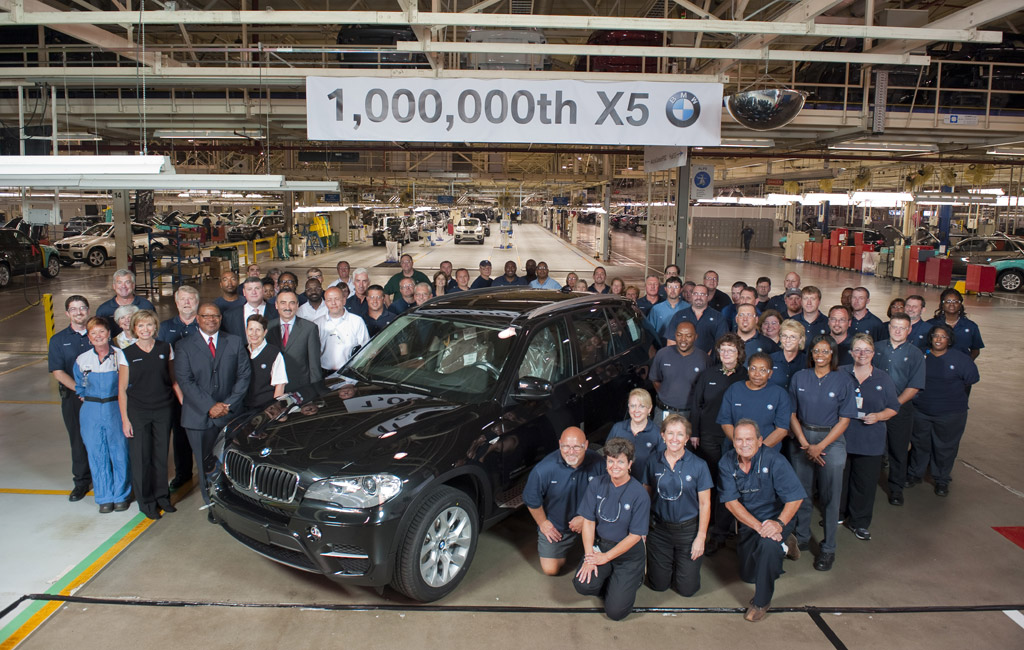 Originally launched for the 2000 model year in late 1999, the BMW X5 helped change the SUV segment by showing that the driving dynamics, responsiveness, and handling of a car could be compatible with the utility, versatility, and off-road capability of an SUV.

BMW has now reached a major milestone this week at its plant in Spartanburg, South Carolina concerning its X5 SUV. The automaker has announced that it has produced the one millionth X5 at the plant, an effort that took more than a decade. The particular model was a Black Sapphire 2011 BMW X5 xDrive 35i fitted with a Cinnamon Brown Nevada leather interior and destined for a customer in China.

BMW began production in the U.S. back in 1994, making it the first European automaker to successfully build and operate a plant in the country. The factory celebrated its 15th anniversary in South Carolina last September and has produced approximately 1.6 million vehicles since that time. Recently, BMW also acknowledged that its Spartanburg plant has exported over one million vehicles over the course of its life. As for the X5, nearly 60 percent of all models produced at the plant have been exported to over 120 markets around the world.

For more details on the latest 2011 BMW X5, check out our previous story by clicking here or our first drive report here.