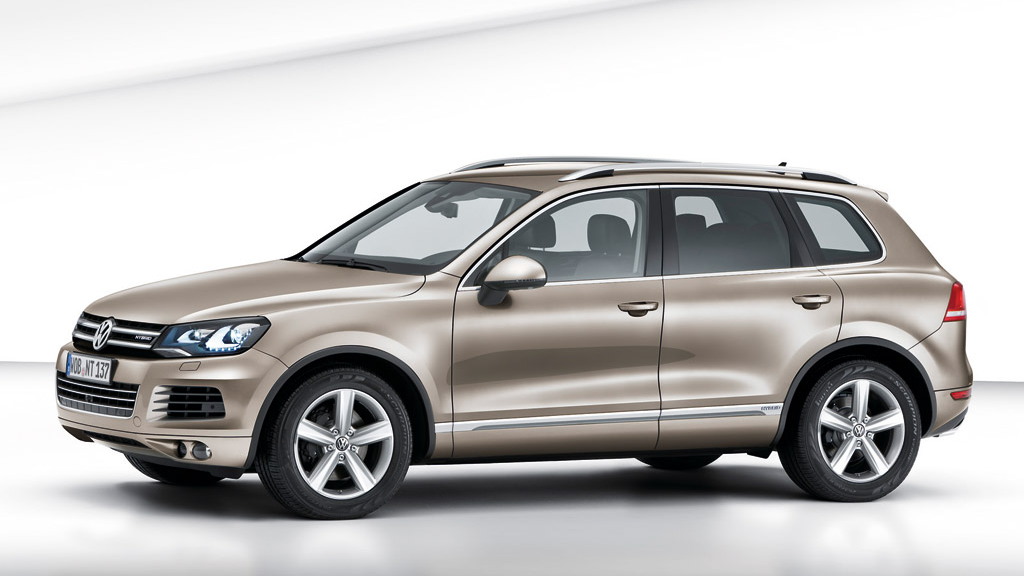 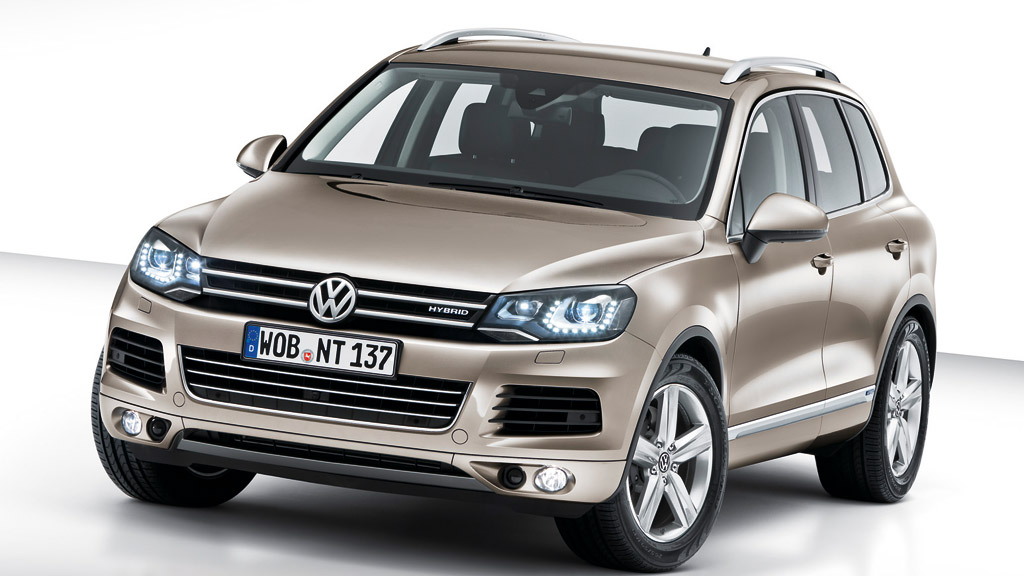 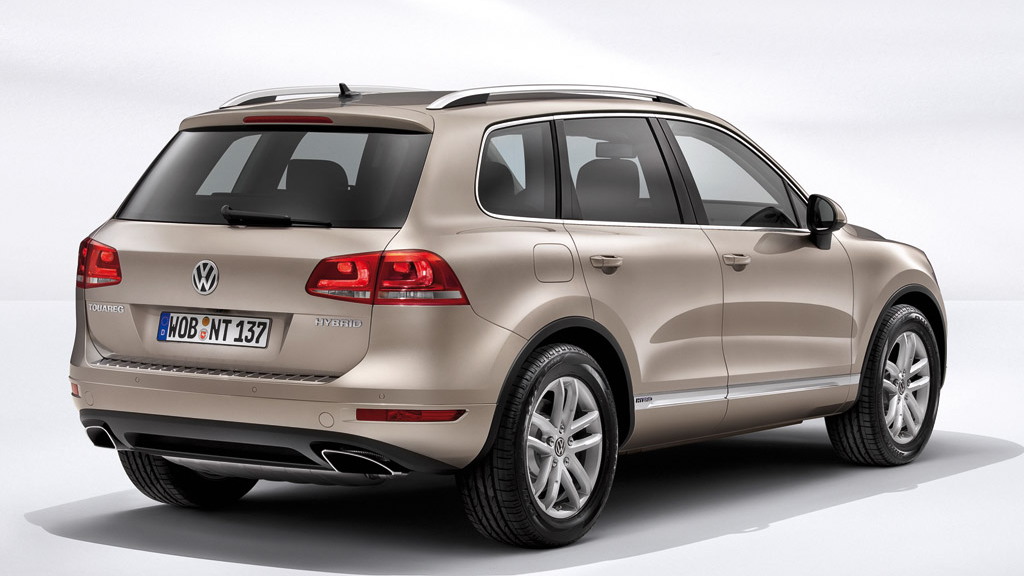 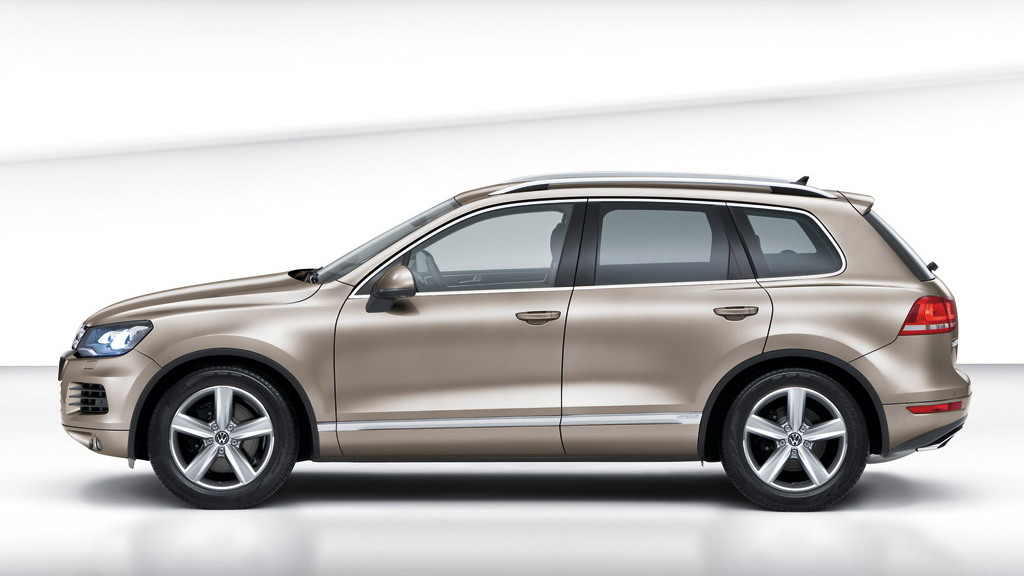 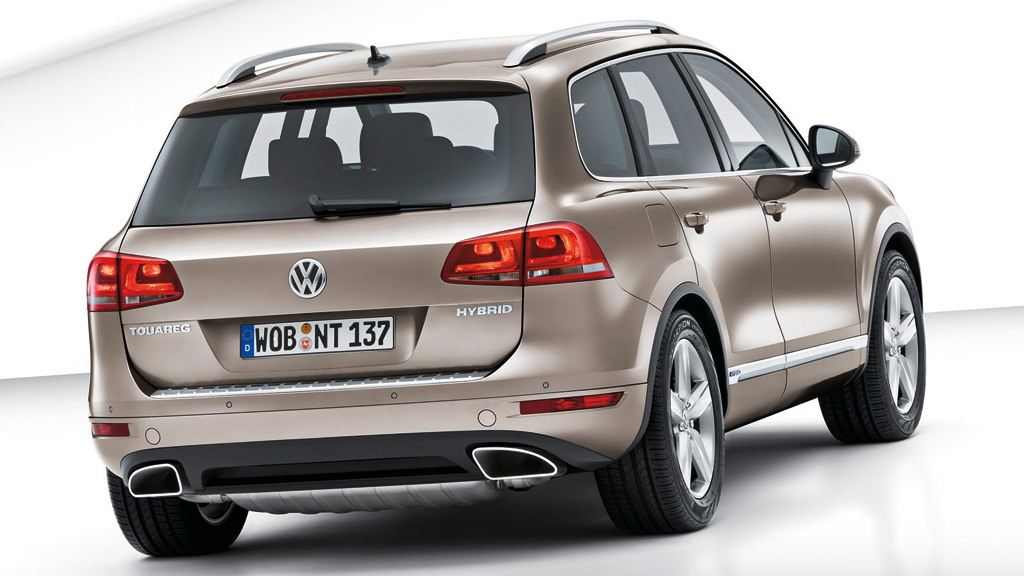 The Volkswagen Touareg has achieved only modest sales since its launch in 2003, mainly because of its lack of seven-seater capability and premium price tag compared with many of its Japanese rivals. The second-generation of the SUV, the all-new 2011 Volkswagen Touareg, has now been revealed ahead of its world debut scheduled for next month's 2010 Geneva Motor Show and by the look of things many of the issues of the previous model have now been addressed.

Looking more like an Audi than a Volkswagen, the new Touareg features a muscular and sculpted body with LED highlights and an aggressive stance that screams luxury. This theme is carried into the interior, which has been made more functional thanks to seats that are more comfortable and leg room in the rear that is larger. Now the rear bench seat has 6.2 inches in longitudinal adjustment, and the backrest angle can be adjusted. Electrically unlatched at the press of a button as an option, it folds down in seconds and frees up 58 cubic-feet of cargo space. Already standard equipment in the base version is a radio-CD and info system, which is controlled over a 6.5 inch touch-screen. Sadly, Volkswagen has chosen to make its new Touareg still a five-seater, which may come to hurt them in the future.

Some of the more premium features owners of the 2011 Volkswagen Touareg will come to enjoy include a pushbutton parking brake, an optional remote control operated tailgate, a large panoramic sunroof, an Area View safety feature that utilizes four cameras located around the vehicle, nine airbags as standard, lane departure and blindspot warning systems and active brakes that can automatically slow down the vehicle--even bringing it to a stop--if the system detects the vehicle in front is too close. Other goodies include bi-xenon headlights, anti-rollover technology, 19 inch wheels, fine wood inserts and Nappa leather trim.

It's the new powertrain and chassis treatment that really sets apart the 2011 Volkswagen Touareg from the rest of the fleet and really brings the SUV into the luxury fold, however. Volkswagen's engineers have managed to shed over 460 pounds off the kerb weight of the previous model, making the new Touareg 20 percent more fuel efficient overall. It will also debut with a brand new hybrid option that will enable the SUV to drive up to 31 mph on electric power alone.

Replacing the gasoline V-8 model, the new Touareg Hybrid combines a supercharged 3.3-liter V-6 TSI engine with 330 horsepower and an electric motor with 45 horsepower sandwiched between the engine and automatic transmission. Peak output is a respectable 375 horsepower and 428 pound-feet of torque, which is enough to accelerate the SUV from 0-62 mph in 6.2 seconds and see it reach a top speed of 150 mph.

Compared to a conventional SUV of the same size and power, the Touareg Hybrid delivers over 25 percent fuel savings in city driving. In combined mode driving--a mix of city, highway and freeway drives--development engineers calculate an average savings of 17 percent. According to Volkswagen, the Touareg Hybrid returns a combined fuel economy of 29 mpg.

To further improve fuel economy, the hybrid system disengages the V-6 TSI engine from the transmission as soon as the driver releases the accelerator pedal and allows the SUV to 'roll' significantly longer since drag torque losses are eliminated. There's also a regenerative braking system to help top up the NiMH battery and an engine-stop start system.

Sadly, the V-10 TDI turbodiesel and V-8 and W-12 gasoline mills of the previous model are no longer being offered.

Other improvements to the new 2011 Volkswagen Touareg include a five percent increase in torsional rigidity, a significant reduction in drag, and the addition of an eight-speed automatic transmission as standard across the range. Also modified in pursuit of reduced fuel consumption was the standard all-wheel drive. The regular 4MOTION all-wheel drive system comes with a Torsen limited-slip differential and a climbing ability of 31 degrees. It also has an Off-Road driving mode that at the press of a button tunes the vehicle's stability systems, activates a hill descent assistant and adjusts the automatic gearshift points.

The V-6 TDI model drops the Torsen differential in favor of a Terrain Tech Packet with a more rugged transfer case designed for off-road duty (as an option). It includes reduction gearing and center and rear differentials, each with up to 100 percent locking and 45 degree climbing ability.

The 2011 Volkswagen Touareg will already be available in Europe this April and should arrive in local showrooms in the second half of the year.