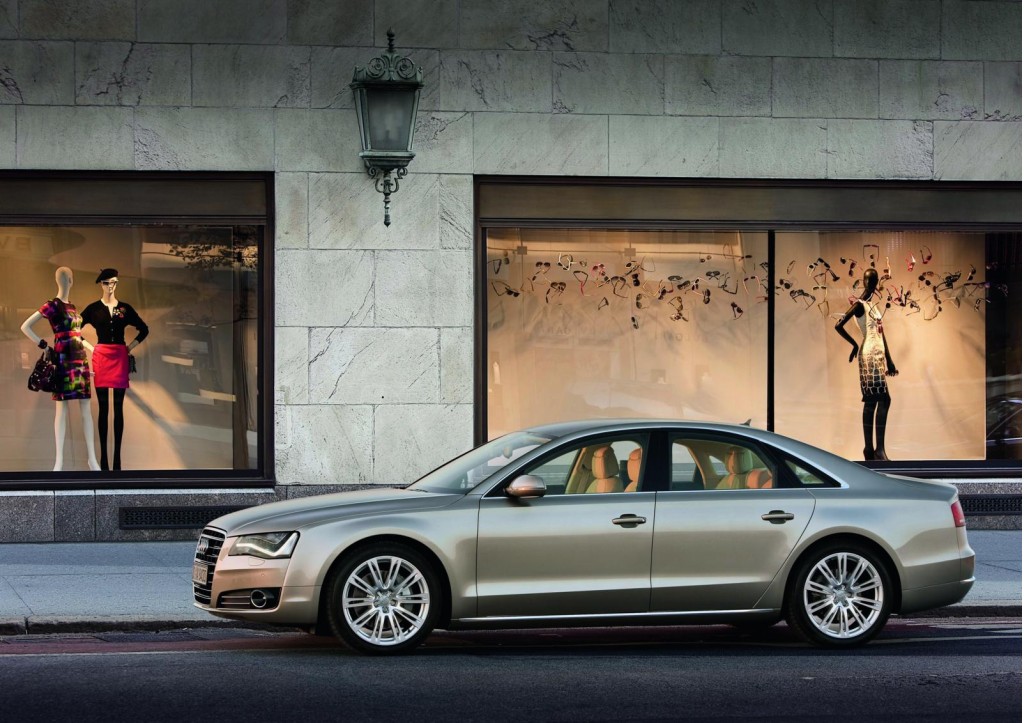 When the 2011 Audi A8 hits showrooms next year, it's bringing everyone's favorite SEO slavedriver to the party: Google.

Audi says it's integrating various Google services into the new A8's MultiMedia Interface (MMI) with the introduction of the new A8, which we revealed for you two weeks ago live from Miami.

Other automakers have brought Google into their cars. BMW USA, for example, lets drivers send Google Maps links to their cars' navigation systems as pre-programmed waypoints. European BMW drivers can actually use the Web search engine from the back seat of the 2009 BMW 7-Series, but that's blocked Stateside for liability reasons.

Audi says its Google services will go a step beyond what's offered today. Using a native radio device or linking into existing cell service via a user's SIM card, the new A8 will tap Google data for information to locate services, map destinations, even to locate a waypoint on Google Earth. Drivers will be able to use voice commands or the MMI's new touchpad to access the Web services. And like BMW's service, they will also be able to zap entries from home computers to the car's own email address, to pre-plan driving routes.

American buyers can relax: we doubt Audi will unleash Google hell on our new A8, for the same reasons BMW decided searching the Web and driving don't mix. But if you're planning a trip to Europe and have a thing for that start-up from Mountain View, make sure you choose your car rental wisely.