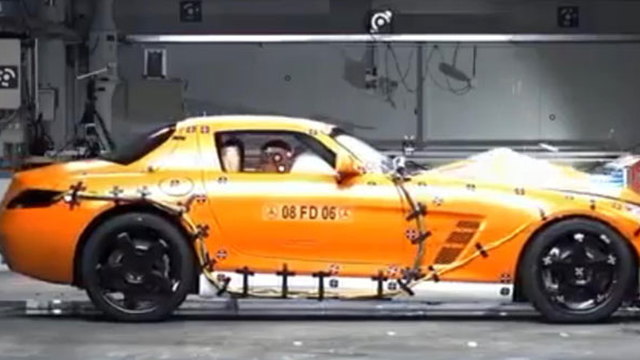 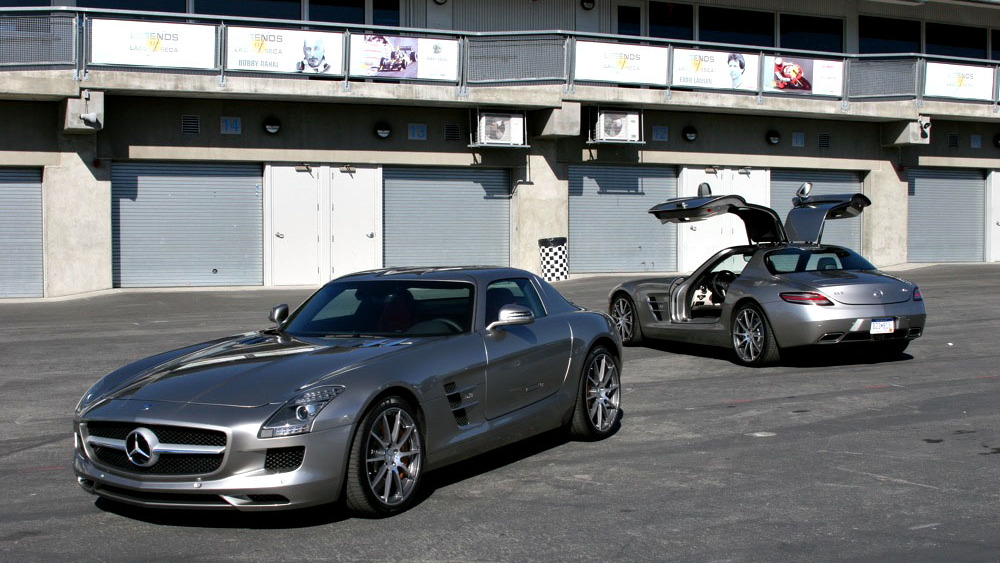 With all the heat surrounding the first set of test drive reviews of the 2010 Mercedes-Benz SLS AMG gullwing supercar, the video below is highly relevant, but also pretty disturbing if you're a lover of all things sheetmetal. Showing, in full graphic detail, the carnage that results from crashing one of these beauties, the video demonstrates that speed and power weren't the only design considerations.

Safety was clearly also a primary concern, and though the long, sleek hood deforms badly in the offset frontal crash,it does so to absorb energy and preserve the integrity of the passenger cell-a job it does so well the windshield remains intact.

Later, an inverted SLS AMG is tested to demonstrate the emergency opening of the gullwing doors in the event that the car comes to rest on its shiny lid post-accident. Besides surviving the two-foot drop onto its roof remarkably intact, the car's doors pop open when triggered and are easily removed. The pop-open doors are presumably a feature that would be activated automatically in the event of a real crash to allow the occupants to escape.