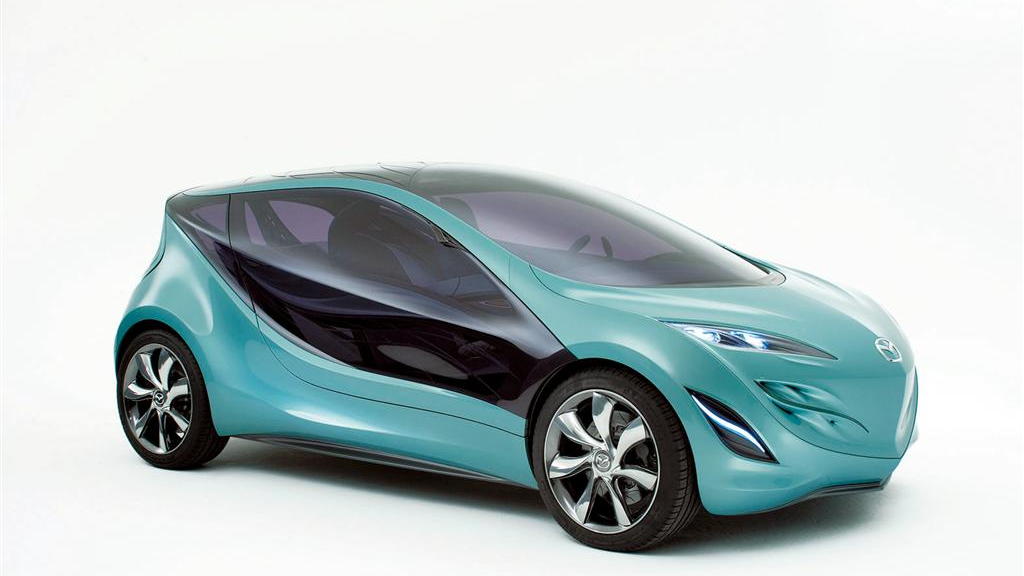 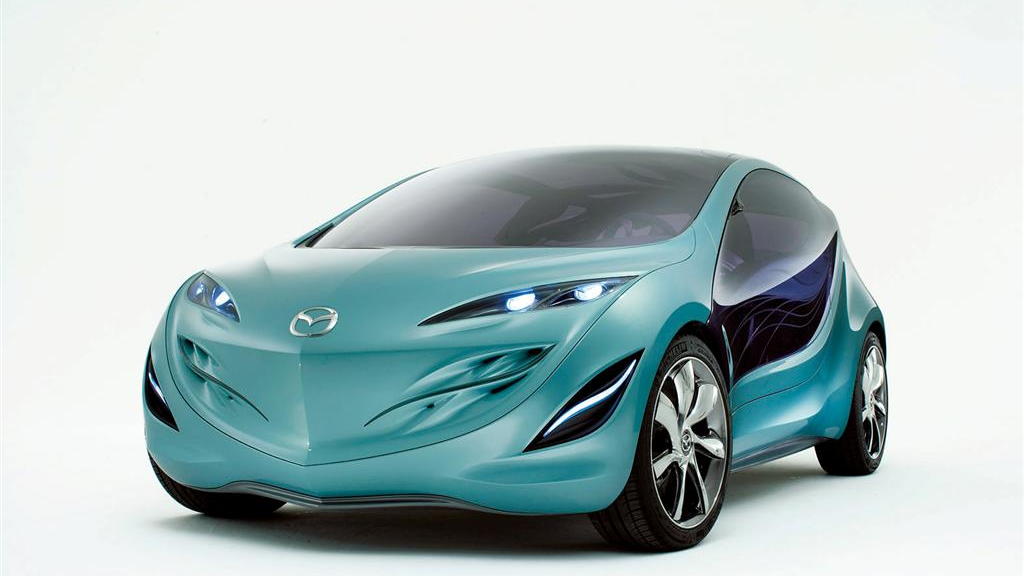 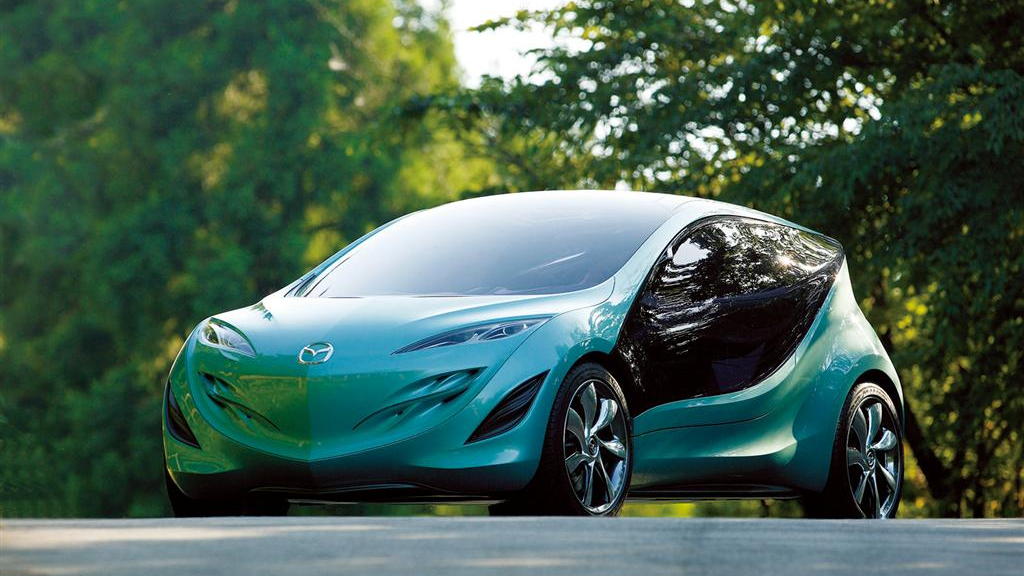 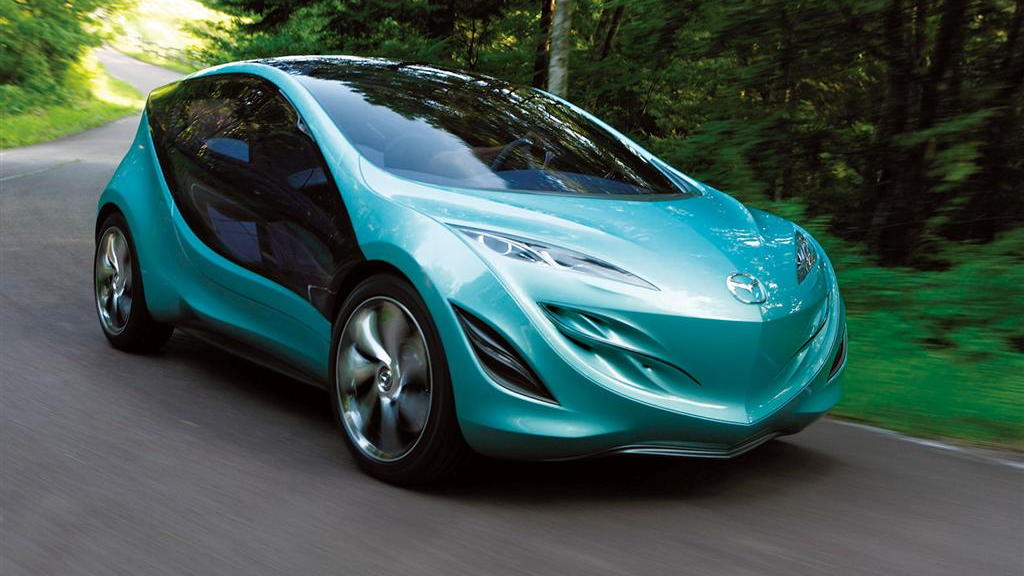 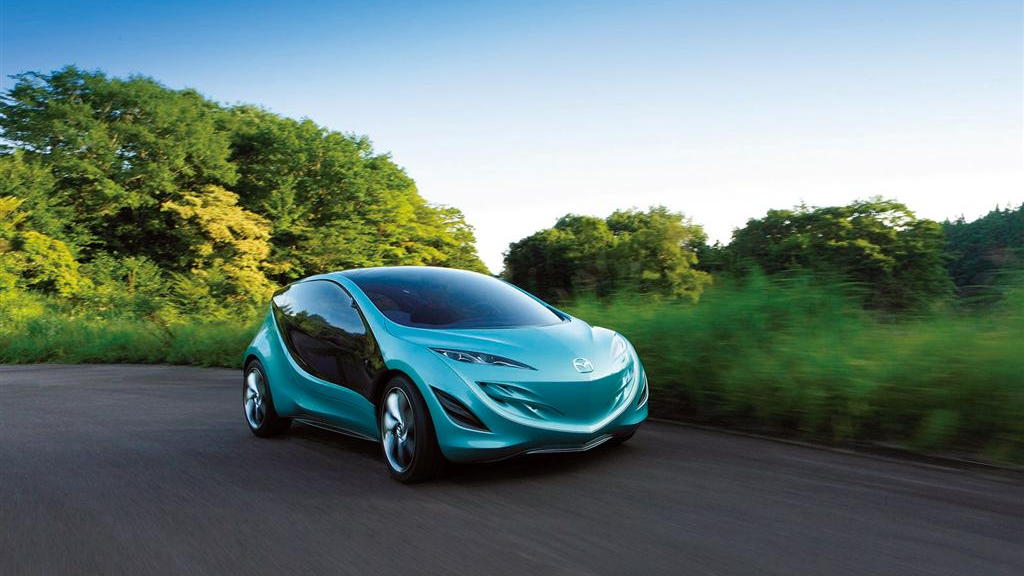 This year's Tokyo Motor Show is pulling a disappearing act even before it begins, with many major manufacturers already pulling their displays, but Mazda will be there in full effect, armed with high-tech engines and an updated version of the 2008 Kiyora concept.

The Kiyora Concept is a compact, eco-friendly hatch-type car that Mazda imagines as a fun-to-drive yet responsible runabout powered by the new SKY-G 1.3-liter gasoline engine revealed earlier today. Power is sent to the wheels by the six-speed SKY-Drive automatic transmission.

Fuel economy is estimated at 75 mpg in Japan's combined 10-15 mode test cycle. It gets there thanks in part to Mazda's i-stop system, which shuts the engine off at stops. The Kiyora also uses regenerative braking, presumably to operate the car's electronics, and weight savings and aerodynamics also play a role in the car's efficiency.

Mazda says the Kiyora is 220 pounds lighter than its "mass production model in the same segment," which is most likely the Mazda2, itself recently confirmed for U.S. sale.